10tons is once again looking to hit a home run with yet another release on the Nintendo Switch, with budget-priced physics puzzler Baseball Riot.

Clearly forged in the fires of a thousand Angry Birds clones, Baseball Riot takes the ball slinging, glass smashing chaos of previous 10tons title Tennis in the face and gives it an American style makeover. 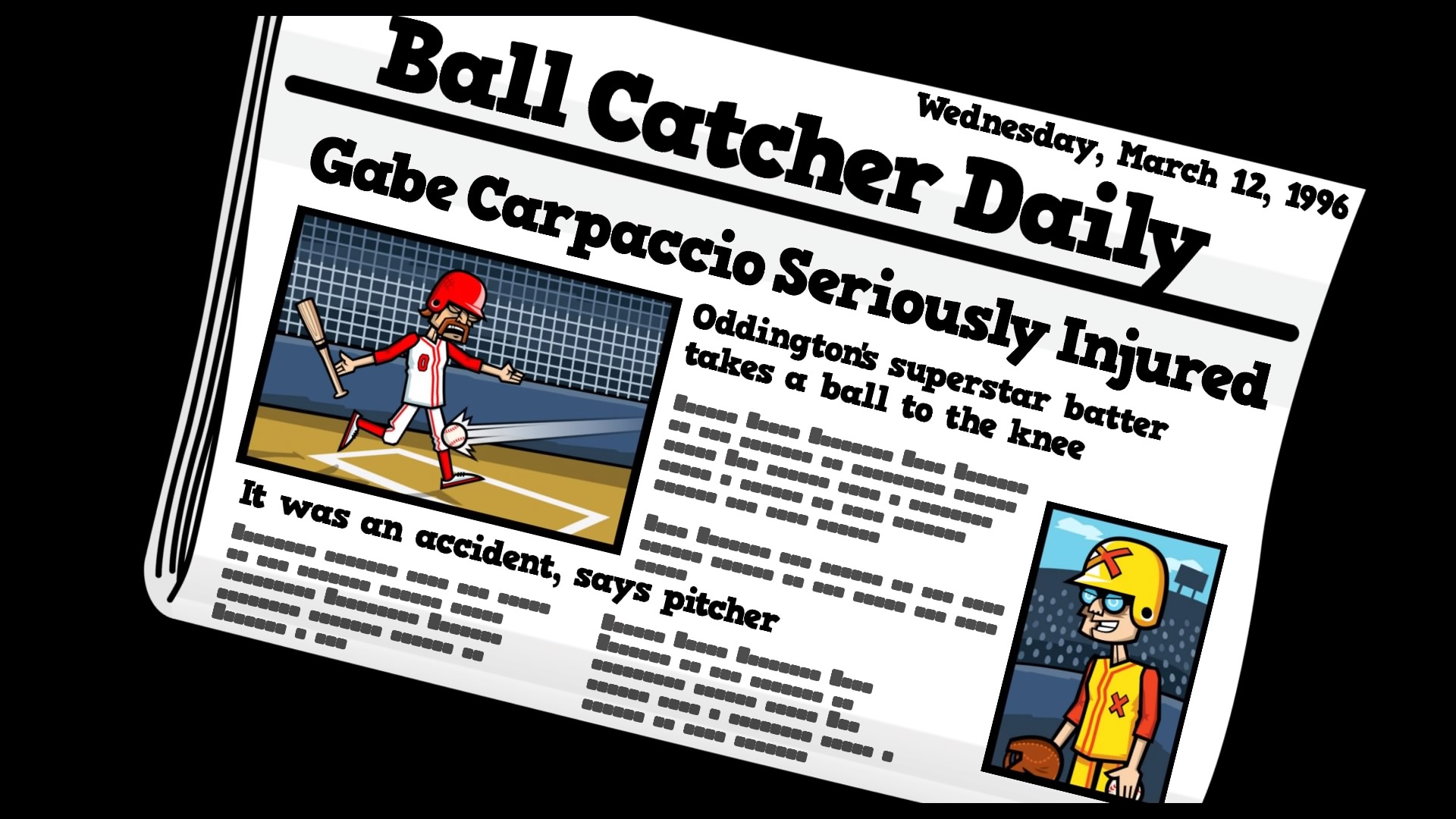 Baseball Riot puts you in the shoes of Gabe Carpacio, a once famous baseball professional, now hellbent on destroying the Explodz inc. corporation who manufactured the energy drink that Gabe got addicted to, ruining his career. You’ll be belting baseballs at Explodz employees, other baseball players and even rival fans while Gabe tries to save his old team mates from Explodz and their relentless advertising campaigns. Like many 10tons titles, the story is really just there to provide a vehicle with which they can provide bitesize nuggets of gameplay where a round can be played here or there. It’s at this point that the trappings of its intended mobile format start to become apparent.

Baseball Riot was originally released for mobile phones. And it shows. As soon as you open the game, from the UI to the controls of the game itself, little has been done to accommodate it’s shift to the switch. That’s not to say it doesn’t work fine when undocked using just the touchscreen, as it’s the way the game was intended to be played. Trying to play docked with the joycons however is where things begin to fall apart as aiming becomes cumbersome due to the slow speed of the cursor. 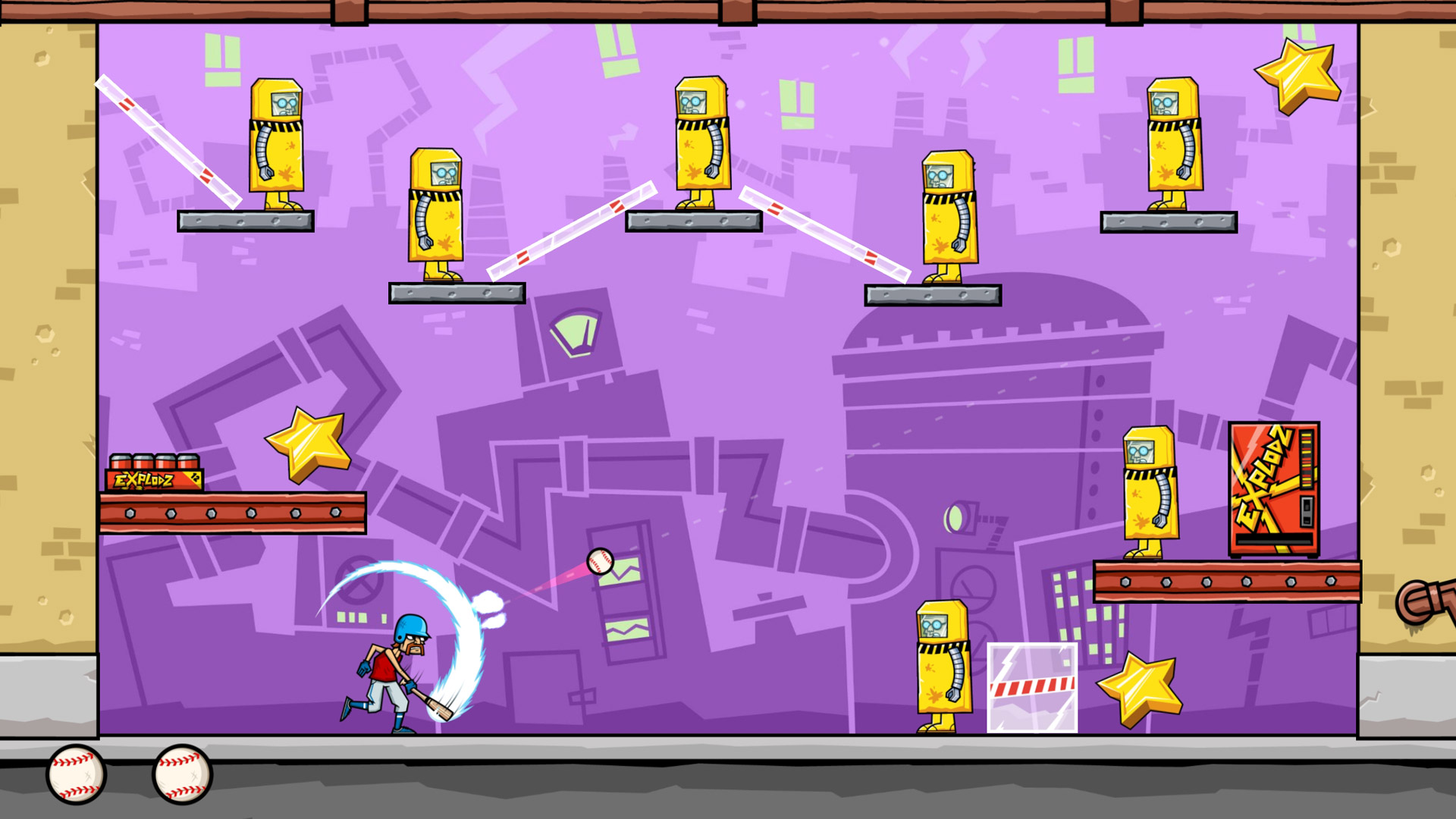 The aim of each stage is to knock out every enemy by hitting your baseball at them while a secondary objective is present in trying to collect 3 stars that are dotted around each of the stages. Some of the stages are genuinely puzzling and took me several attempts to work out the most appropriate route of knocking out each enemy whilst keeping under your 3 ball limit. Stage hazards are present such as ice blocks that will destroy your ball and some of enemies have skills such as being able to catch the ball or equipping armour that requires you to hit them from a specific direction to knock them out. 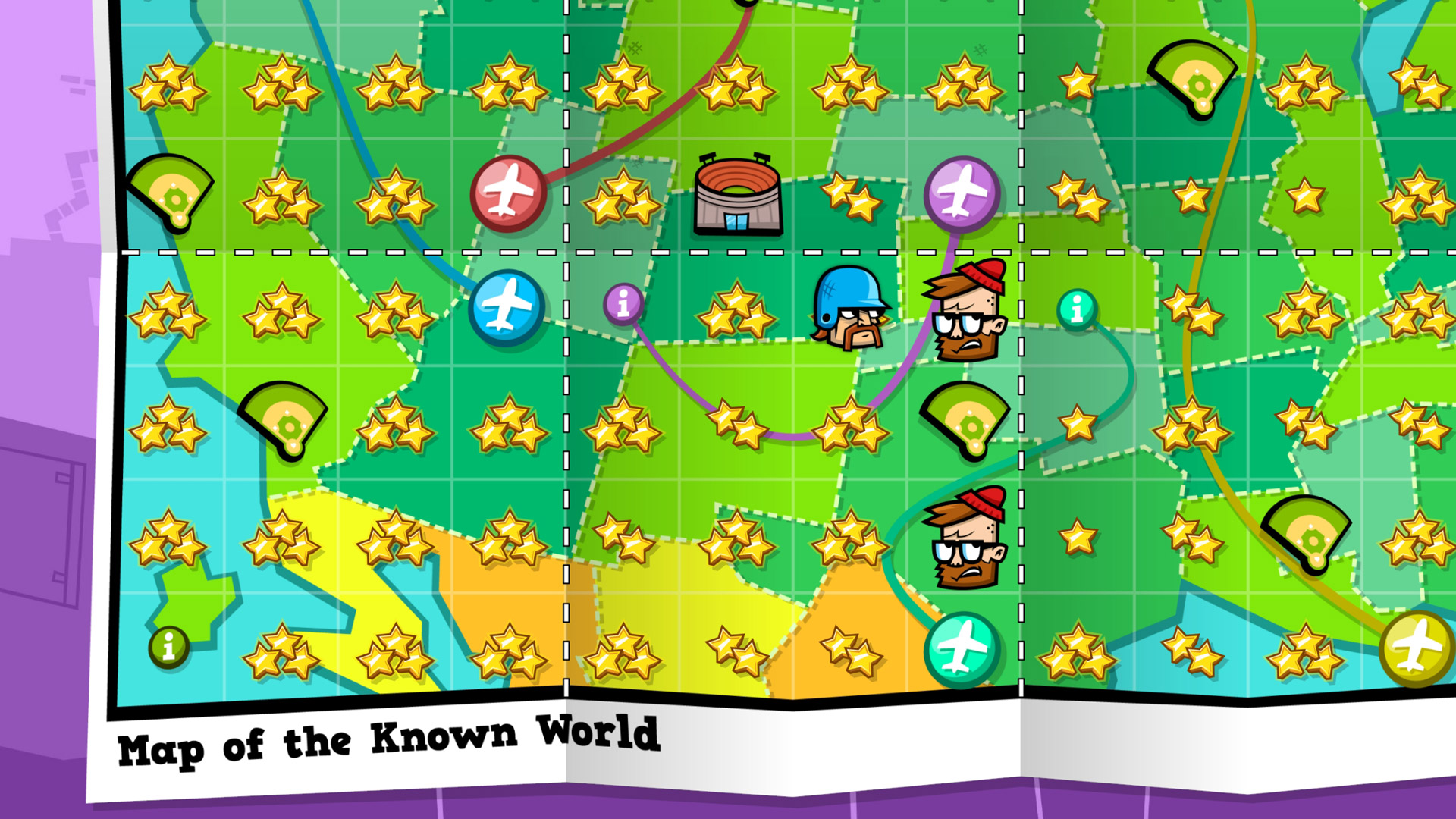 Something that sticks out to me is how similar the game is visually to it’s predecessor Tennis in the Face. In fact that game could quite easily be confused for the same game or at the very least a simple reskin. Levels all have the same brick-clad walls against a brightly coloured urban background and all that appears to have changed are the characters and there’s even some reused assets there. Despite the similarities, the bright, colourful aesthetic is something I could definitely see appealing to casual gamers.

Like many 10tons games, the audio sounds like it’s come straight out of a stock archive with bass and drum heavy music tracks punctuated by the plips, pops and cracks of your baseball screaming around the stages smashing objects and knocking down enemies. 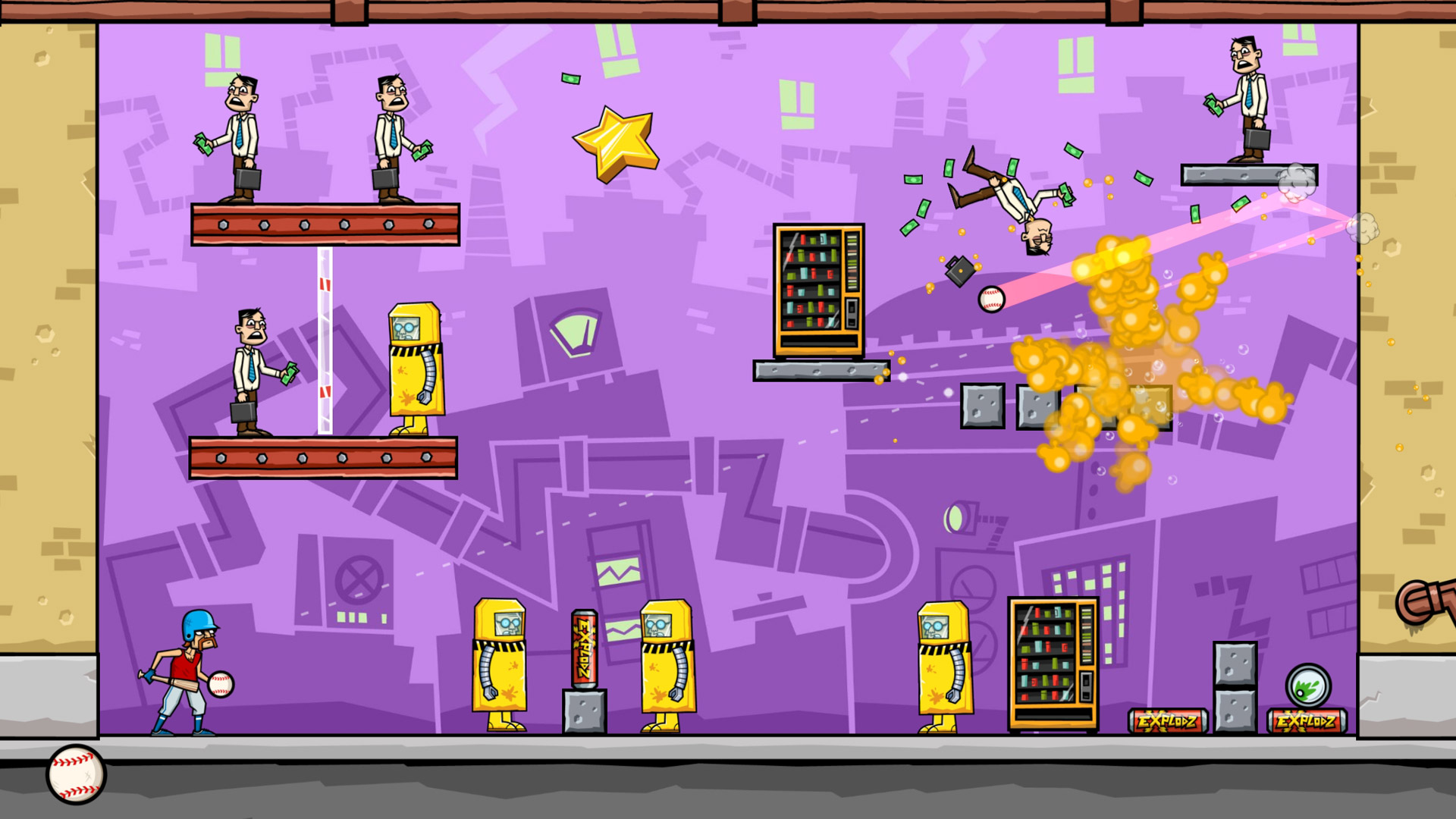 While there is a lot of content present in Baseball Riot, the incredibly cavalier re-use of gameplay concepts and assets makes the game feel like less of a sequel and more of an attempt at trying to sell the same game twice with a different skin. Though the core mechanic of trying to strategically trying to rebound the ball off of specific points of the stage to hit hard to reach areas is well developed, I don’t think it’s enough to carry the game for as long as 10tons would like it to with the game starting to drag towards the middle.