From developers Omiya Soft and JAMSWORKS Co. Ltd, along with publisher NIS America, Culdcept returns Celebrating its 20th anniversary with Culdcept Revolt on Nintendo DS. From its origins as a Japanese only release on the Sega Saturn, Culdcept is the first title in the series to make it to our shores. 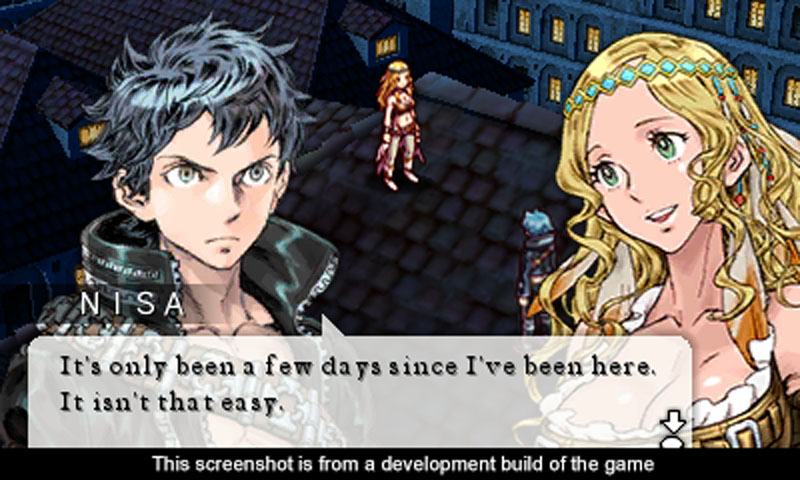 In Culdcept you will take on the role of Allen, a young Cepter found in the streets of a city under the rule of the tyrant Count Kraniss and his army. Alone and with amnesia, you find yourself with little choice but to work alongside the free bats – a group of cepters hoping to break free of the tyrants grasp and escape to freedom.

From what I experienced the story falls on par with the likes of Yu-Gi-Oh and other card games on handheld devices, with a story imaginative enough to not put you to sleep but not not breaking any boundary’s in terms of originality. Told mainly through a visual novel style, the story is easy to follow going into appropriate detail to fill you in and help with the worlds lore without bogging it down with heavy text segments – overall flowing well from story progression to gameplay. 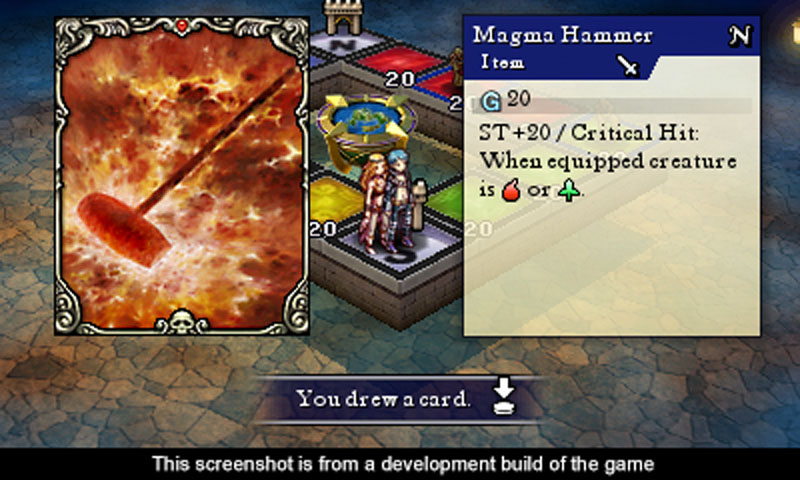 Gameplay in revolt I would describe as a cross between Magic the Gathering and Monopoly, only less tactical or fun. Using the abilities of a Cepter you must take part in card battles that require traveling around a board in order to get a target amount of mana before reaching a checkpoint/gate. My main gripes with this is not so much the execution of the battle system, but the fact that A) there is a system in place that recommends the best course of action for each turn to the point I never once failed, and even won rounds by doing nothing but following a what the little golden arrow told me to do and B) Its slow as hell. Now both of these can be offset by changing some options both to speed things up and to remove your trusty arrow, however even that does not add any challenge or excitement into the battles as you mindlessly travel around the board to pass go in order to acquire the majority of your mana.

To top this off, even against multiple opponents I found that that they hindered each other while helping me succeed more often than they caused any sort of problems for me – ultimately only making me wait longer for my turn to come round as I stroll mindlessly around the board with little to no resistance. While this is likely fine for younger audiences, most teen and up players will likely lose interest relatively quickly unless they have fond memories of the Saturn. 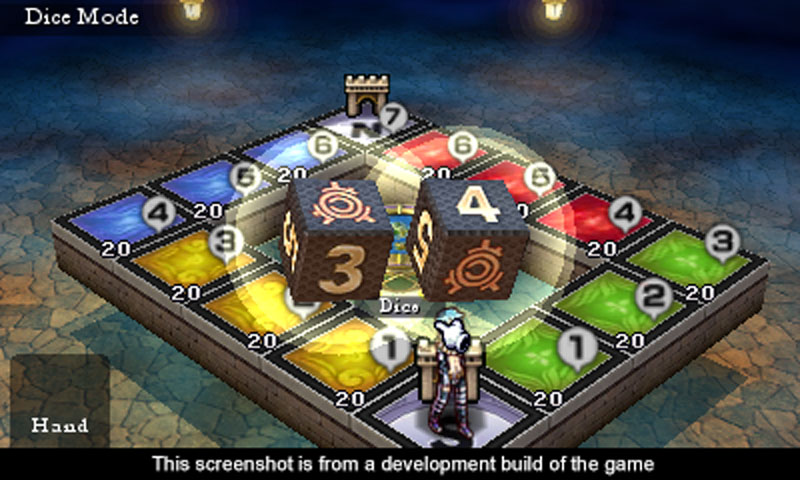 And the card battles? I here you cry. Sadly once more I found this aspect somewhat lacking (more so with the arrow of hope). In a battle of 50 turns and 3 opponents, 150 moves in all, I won with 9000 points and my foes a joint score of 5000 with a huge total of 15 monster skirmishes taking place. While I doubt that there is no audience for these types of battles, given the card battlers that we have now, sadly I cant say that Culdcept is even close to being on par in terms of excitement or challenge – given the choice 99% of the time chances are I am going with, well, anything else.

Visually I’m not 100% sure what happened. The 2D model of the main character reminded me of those from Final Fantasy Tactics, well done and fitting the world we find ourself in perfectly. This is the same for most other cast members I have met thus far. Then we have the character sprites that, for reasons I cant seem to understand, don’t look as good as those of Culdcept 20 years ago on the Saturn – making dated a somewhat underwhelming term to use here. To add insult to injury on this one, Even the menus are overly bland and basic, mostly consisting of white screens with text and little to nothing more. 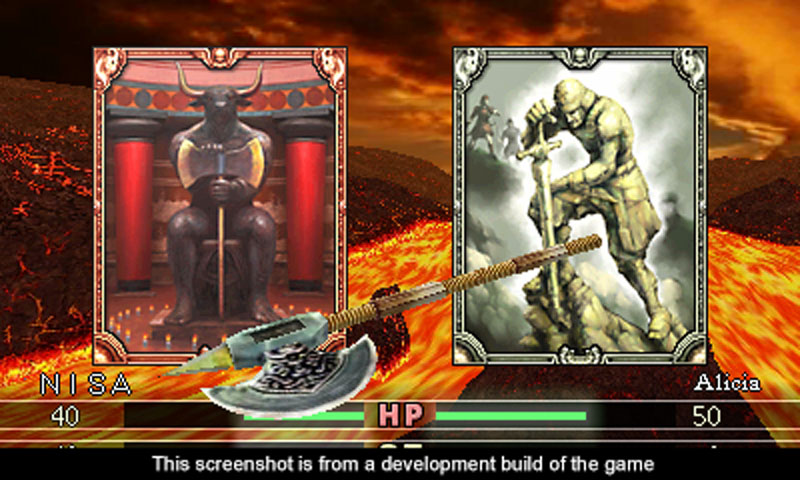 Now with all that I have said I shall stand by my argument that those who enjoy more modern card battles should probably stick with them, older fans of the genre however or more to the point those that may have played and enjoyed a previous Culdcept may find some level of enjoyment or nostalgia out of this but for the most part your likely best getting some friends round for a game of monopoly.