One of the longest running Japanese Adventure series Ys is still quite niche outside Japan, in recent years we have started to see more Ys title release onto our shelves, with the announcement that Ys VIII will be releasing over here soon the timing couldn’t be better for DotEmu to release this often overlooked Ys title. Will Origins be the jumping in point people need or is it just meaningless fluff to the Ys tale? Read on to find out. 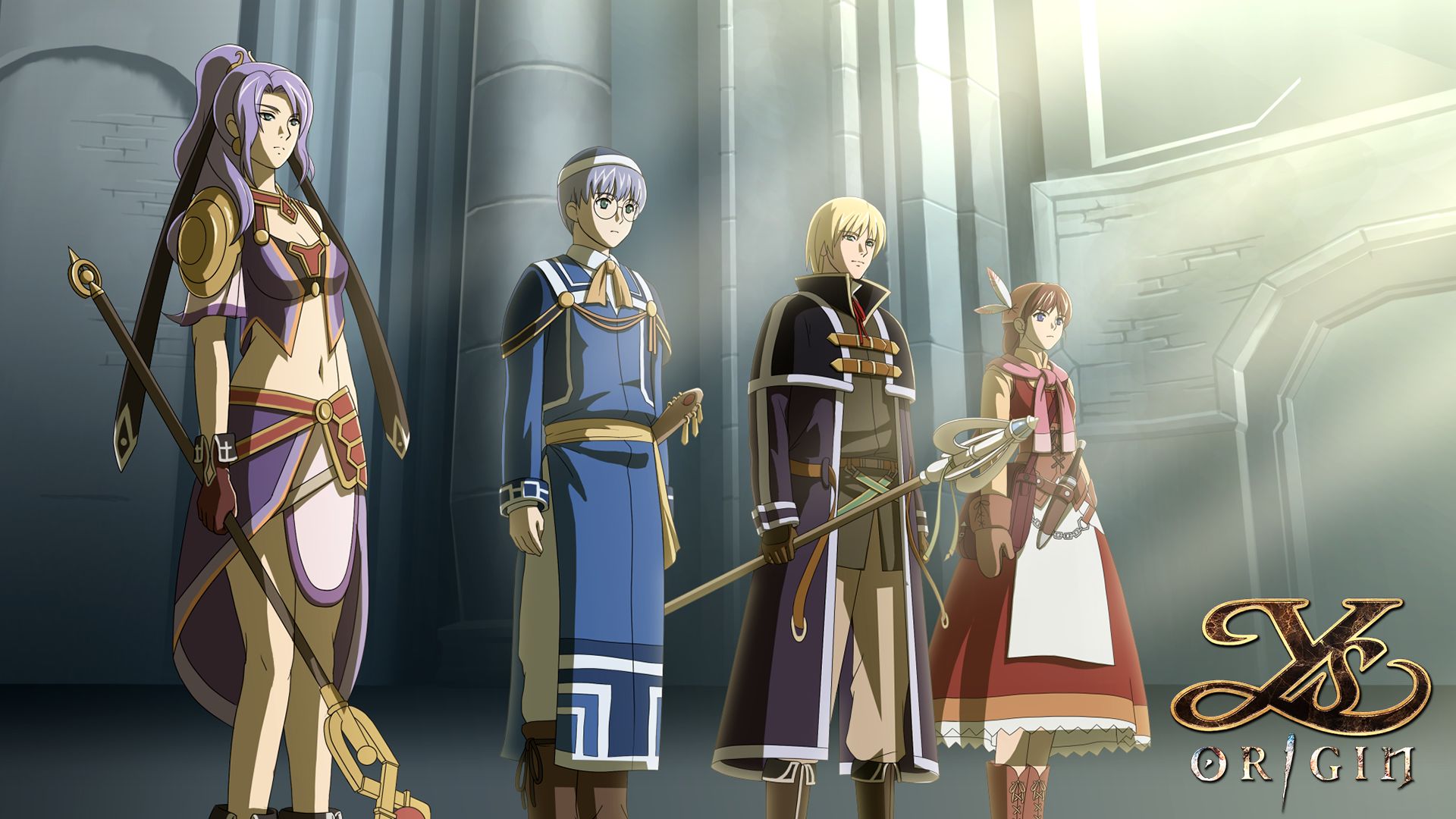 Ys Origin as the name implies is a prequel to the Ys series, set 700 years before Ys Book 1 this is the first game in the series to not include or indeed have Adol Christin as it’s main character. For those who aren’t familiar with the series, Ys is a spiritual land that lives high above the planet and despite the series being called Ys you spend only one game there, this game is no different and is totally set within Dham Tower which is an iconic dungeon from Ys 1 bridging the planet and Ys.

As with all Ys title the story is there but quite light for one of the JRPG genre, it’s actually more along the lines of older adventure titles where the story is there simply as context for location and not the main focus, you won’t find hours of character & setting development but more the odd scene here and there pushing you in the direction you need to be going and introducing minor characters and the antagonists for the game.

The game is set over 3 stories, 2 of which are initially unlocked, Yunica and Hugo, Yunica is your standard melee character and plays much like Adol where as Hugo is a mage character and spends most of his story filling the screen with all kinds of destructive magic, I won’t go in to the third story due to spoilers. 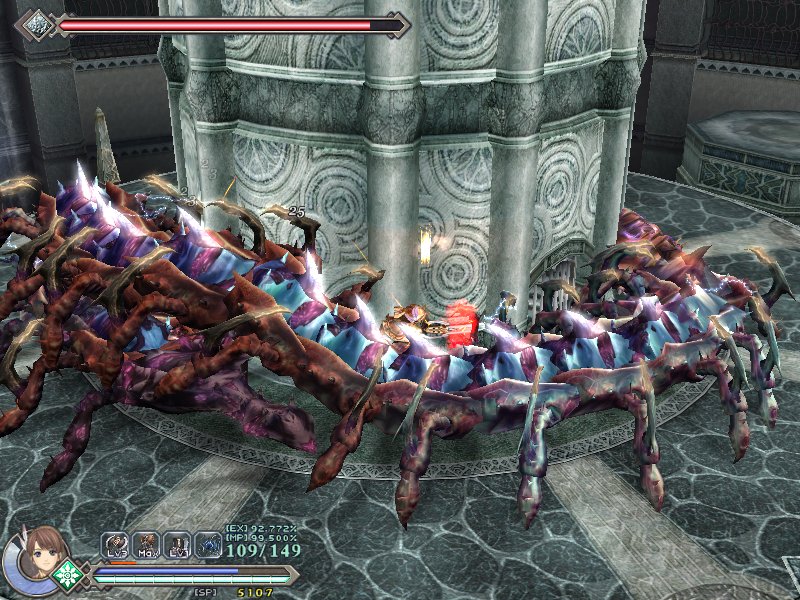 Visually Ys Origin isn’t the strongest title on the market but has some real old school value to it, it’s visual style is very Sega Saturn/PSX featuring sprites on 3D surroundings. As the game is set completely within the one tower the settings don’t change that drastically and that could knock some players, think of it as one giant Dungeon made up of different dungeons and you get the idea. The magic effects are bright and vivid which helps bring life to the stages and the game runs so fast and smooth that it’s really quite a joy to watch while listening to the slamming sound track.

Ys is famous not only for it’s old school approach to story and gameplay (more on that later) but it’s also known for having the best soundtracks in gaming, Ys Origin is no exception. That previous statement is in no way selling the game short may I add the soundtrack is really something with this game, from beautifully played Piano tracks to blazing speed metal the game has a wide range and each track suits the game perfectly. I do feel the need to point out that when you find an item in a treasure chest it plays some jingle which just reeks of Metroid, it adds to the old school feel of the game and does bring a smile to my face.

As I may of mentioned previously, Ys as a series is quite old school, this game follows suit in all aspects and mostly in it’s gameplay. Despite the series having an overhall with the 6th entry the core of the games are always the same in that they are adventures much like Zelda games, you have puzzles to solve, the story doesn’t have a chokehold over you and the combat is utterly mental and it’s brilliant for it. Ys Origin is an action RPG with the speed turned up to 11, you fight quickly, you level up quickly and the spells and special attacks take split second reactions to avoid, fortunately the game controls fluidly and works well on the Dual Shock 4. 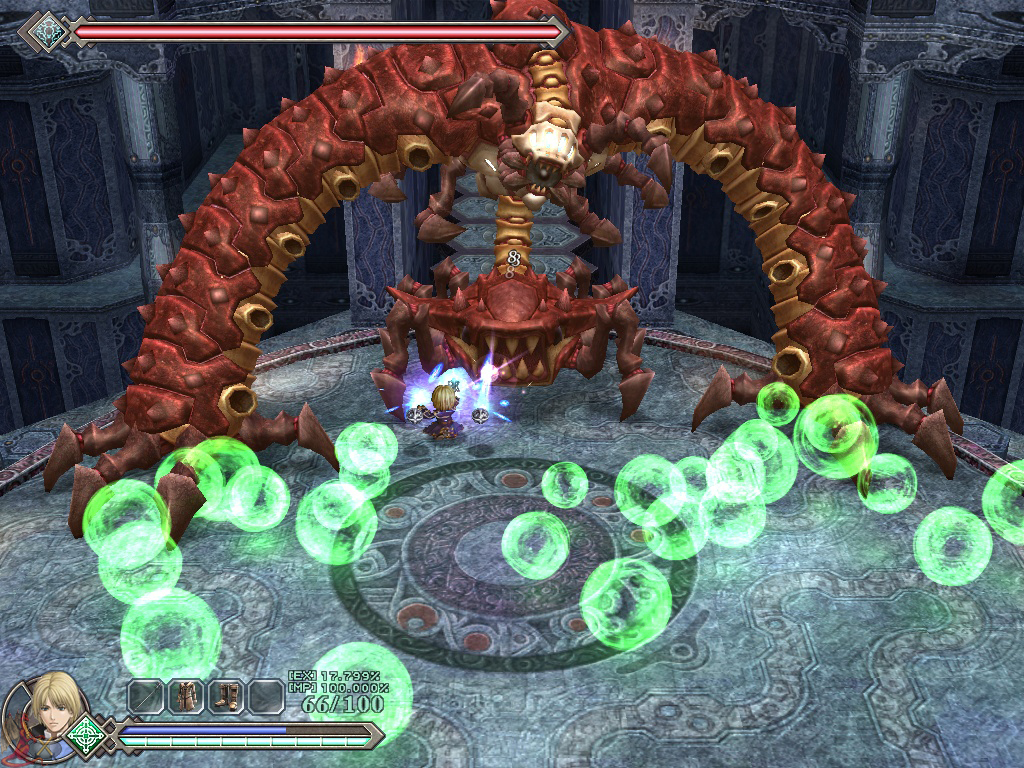 Most of the enemies you’ll come across are nothing more than well designed cannon fodder, the real start of the combat is the boss battles. Each boss follows unique patterns which you’ll need to learn and hone your reaction skills to beat, some of the battles can go on for around half an hour and it’s really gratifying when you finally defeat that pesky foe who’s been impeding your progress for the last hour or so.

The only real stickler in the gameplay lies within platforming, despite how well the characters control the camera angles always seem to work against you whenever you are presented with platforming, fortunately this is kept to the minimum but it’s still quite a chore when it happens. The only other real issues with the game are that it’s quite short, clocking in at around 12 hours on first playthrough and that it doesn’t really have any innovation both within the genre and within the actual series.

Ys Origin is one of those awkward games where it’s quite good but it doesn’t really hold anything over other readily available games, it is the only Ys title you can get on Playstation 4 currently but when looking at the Vita it’s just another face in the crowd. It could be considered a jumping in point for new fans but as every game tends to be standalone anyway (Bar Ys Book 1 & 2) there are better places to start. Overall I would consider this game to be one for the fans, mainly those who are still captivated by Ys Book 1 & 2, the setting being one of the most frequently brought up subjects and the fact the games narrative despite being 700 years prior is closer to the original 2 than other titles.

Overall I really enjoyed my playthrough of Ys Origin, I am a fan of the series so that did add to it but I always find with the Ys series there is something immensely satisfying about the gameplay & I believe that it would shine through for fans and none fans alike, it would just be a much harder sell to people less invested in the series.