Yume Nikki may not be a household name for most, I certainly hadn’t heard the name until recently. Originally made using RPG Maker 2003 the original Yume Nikki took players on a surreal nightmare trip. It quickly became a cult hit with the indie scene seeing various fan-made sequels and spin-off media. The latest and official release is YUMENIKKI -Dream Diary-, a 3D adaptation of the original, Does it play like a dream or is it a total nightmare? Read on to find out!.

YUMENIKKI -Dream Diary- as mentioned in the intro is a 3D adaptation of the original RPG Maker 2003 version, rather than a shot for shot remake though they have brought the original developer/s the mysterious KIKIYAMA on board to provide this version with new content, tweaks and include some content that was cut from the original game.

YUMENIKKI -Dream Diary- puts you in the slippers of the young girl Madotsuki, she seems to be stuck in some kind of purgatory where her days consist of being in her room & going to sleep where she visits the Dream World. It’s in the Dream World where you’ll do the most exploring, 7 Doors take her to various worlds where you’ll explore very different locations and see quite ghastly and imaginative imagery, creatures and scenery.

The true selling point of Yume Nikki and what really drew me towards the game initially even before playing is the mysterious and ambiguity of the title. There is very little text or dialogue throughout, the game and it’s universe is left to your interpretation, there is no grand narrative for you to follow, the game leaves it up to you to discover the worlds and its inhabitants. From researching the original I believe this is true to the source material and helps serve the air of mystery and intrigue with the universe that has been created here. 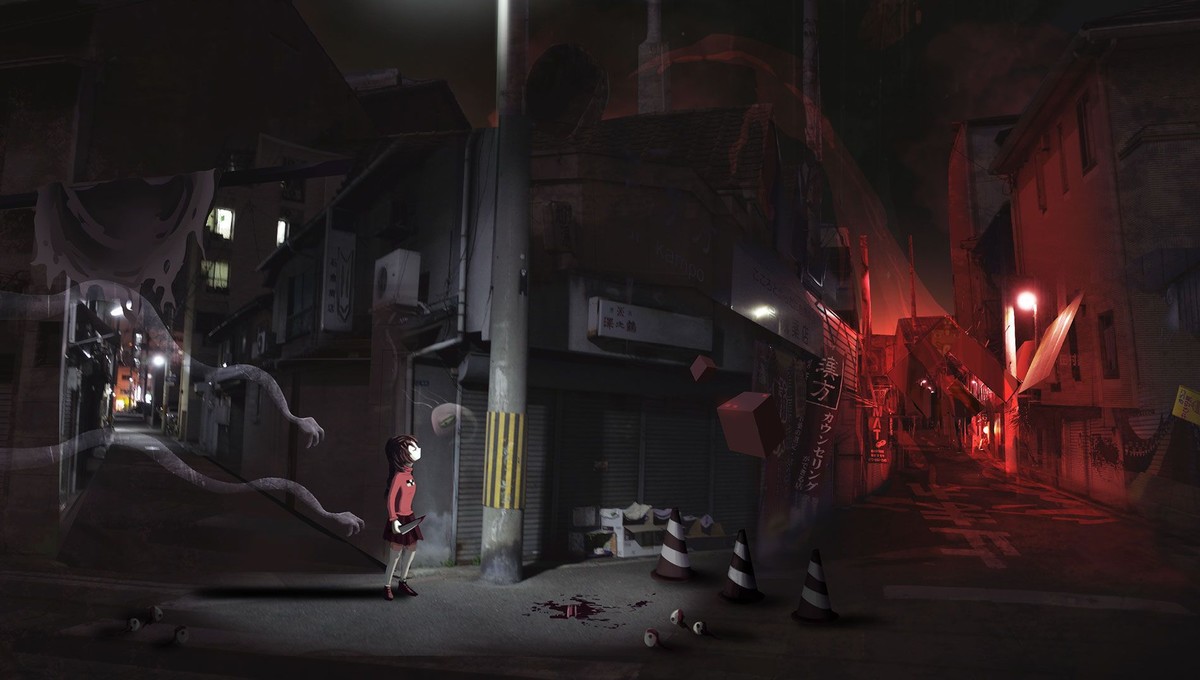 Visually YUMENIKKI -Dream Diary- is a treat, it has such a unique art style which really drives home the fact that you’re in a dream world but it’s not quite “Right”. The varied locations have enough to differentiate them from each other and make use of lighting and scenery to create an unrivalled sense of unease and the need to see this title to its conclusion. Throughout the game you can unlock Concept art which is view-able in the Diary in Madotsuki’s bedroom, these are fantastic to look at and see where the monsters of the title started and how KIKIYAMA had envisioned them.

The music and audio in YUMENIKKI -Dream Diary- also does a fantastic job of adding to the experience. The whole time throughout the title I had a sense of dread and confusion which really draws you into the title. Though the game isn’t full of infectious earworms and brilliant voice acting, the use of audio here really adds to the overall theme of the game and for this, I can’t really knock it. It’s nothing you’ll want to listen to outside of the game but certainly one you’ll have the volume up for while playing. 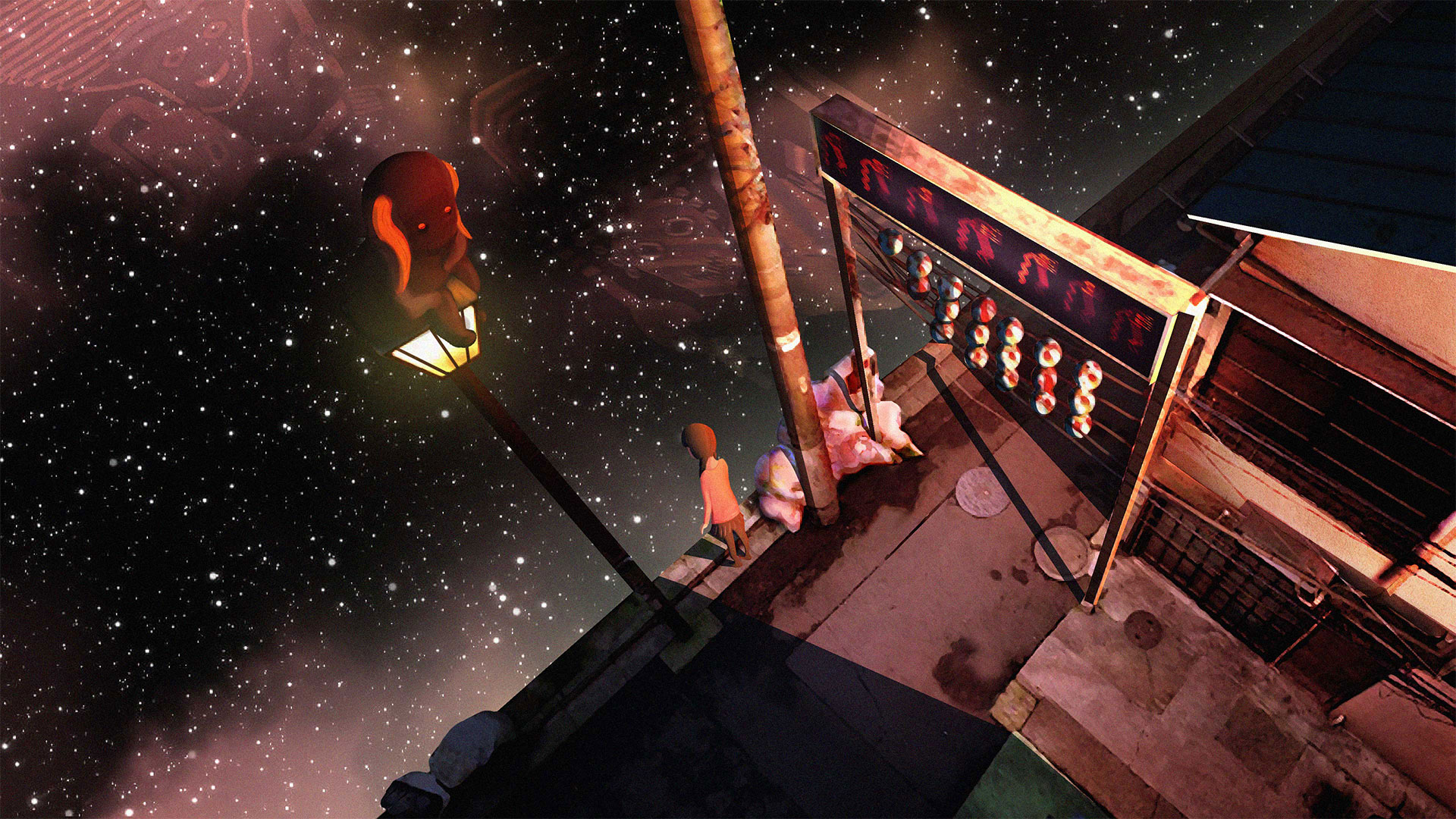 The gameplay in YUMENIKKI -Dream Diary- consists of you visiting 6 Dream Worlds in a constant loop of sleeping, visiting the world, getting to the end of the world, finding an item known as an “Effect” and using said effect to “Finish” the dream. It’s mostly a side-scrolling platformer with slight stealth and puzzle elements, no hack and slash or run and gunning here.

As mentioned earlier the game doesn’t hold your hand, it allows you to visit most of the dreams from the start with only the final dream unlocking when you have finished the other dreams. For the most part, they are puzzle platformers with slight deviations like the Mall or the Desert level where you are given free movement.

The main hook is just exploring the environments to find the effects and see what you can do with them to progress the dreams, find secret areas or hide/run from the monsters that inhabit the dreams. Each area has something unsettling about them and you never quite know what you’re going to experience through each door.

YUMENIKKI -Dream Diary- is one of those unique titles that feels much more like than experience than an actual game. It uses subtle sounds and imagery to take you on an adventure, it doesn’t shout its narrative at you, it lets you discover at your own pace and make your own conclusions from it. Everything that surrounds the title is mysterious, the original has such a cult following that I can only hope it’ll appear on the e-Shop following this title. I haven’t played the original but rating this title on its own merits and it’s one of my favourite experiences I have had on the Nintendo Switch so far, it’s such a bizarre and wonderful title that I couldn’t help but instantly become a fan. It won’t be for everyone but if you are a fan of quirky and interesting titles it’s certainly not one you would want to sleep on.