Critical Hit is the first title from the new studio TsukiWare, a developer focusing on delivering adult interactive entertainment. Acting as a marker for the developers current progress, Critical Hit is an eroge visual novel thats been self-funded and released via Nutaku & Manga Gamer. Let’s take a look at whats on offer… 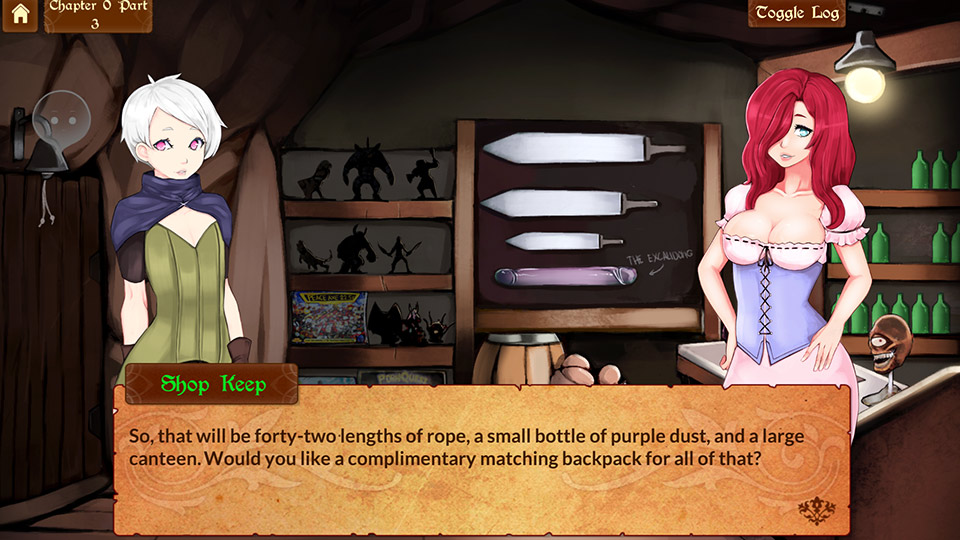 Critical Hit takes place in a fantasy world controlled by a games master, with the games master seen as a god to the characters as they control how the world is to play out. The latest Games Master in control isn’t as nice as previous ones as they seem to have the cast doing all manner of vile & perverted things each time the story begins anew. As the story focuses on Akira each time, his memories are cleared for a new adventure to follow. Somewhere along the line, the games master made a mistake and subsequently Spirit Akira was born. This spirit is not noticed by anyone else and only communicates to the player, but with the latest story about to start he decides to try to mix things up.

The story here starts as the games master is setting up another round. This time the village has been attacked and those pesky monsters have done away with Akira’ favourite purple pony doll. He decides that an adventure is in order to get the doll back, and hastily makes way to the shopkeeper for some adventuring gear. After securing an adventurers pack, Akira heads to the monsters cave. It’s not long till he finds himself in his first sticky situation, as 2 Goblins guarding the entrance catch Akira trying to sneak by. Akira deals with his two foes before heading into the cave to continue the search. After a little break, Akira heads deeper into the cave and stumbles across Bob. His encounter with Bob leaves Akira a little sore, but doesn’t hamper his willingness to soldier on. Upon reaching the end of the cave, Akira comes across a treasure chest. To his delight, the princess pony is inside – but its a ruse as the doll quickly turns into a Jackahorn & Akira ends up getting something else purple instead!

The Story is relatively amusing at times, packed with obscene language & innuendo’s. There aren’t many characters for one to get to grips with, but each is unique in how they come across during dialogue – the interactions between the two goblins being the most amusing for myself. There’s no gameplay to speak of with this one being a visual novel, and there’s not much to discuss with regards to possible routes as this is of the kinetic novel variety. Things are kept short and sweet, with a run-time that’ll take up to about an hour to get through. Unlocks consist of the usual CG’s, with character profiles of the novels cast also unlocked that provides a little more detail on each ones backstory.

The main crux of the game no doubt lies in its eroge content. If you don’t like that stuff, skip this. If you don’t like traps, skip this as well. TsukiWare really nailed the design for Akira in that regard though, as you’d have no idea if it wasn’t mentioned at the beginning of the story that they are in fact a dude. Once the first H scene dropped you’d definitely be giving it your best Admiral Ackbar impression otherwise. The VN does manage to pack a few H scenes into its meager run-time, with at least a third of the overall time dedicated to these scenes.They are also uncensored, so the characters bare all in the artwork. Each scene usually has a few CG’s displaying as the situation is explained thoroughly below in the dialogue box, which is the norm for novels. As I’ve said earlier, If you don’t care much for yaoi or traps, then you’ll likely skip this one as there isn’t much else within the games eroge scenes to get you fired up. 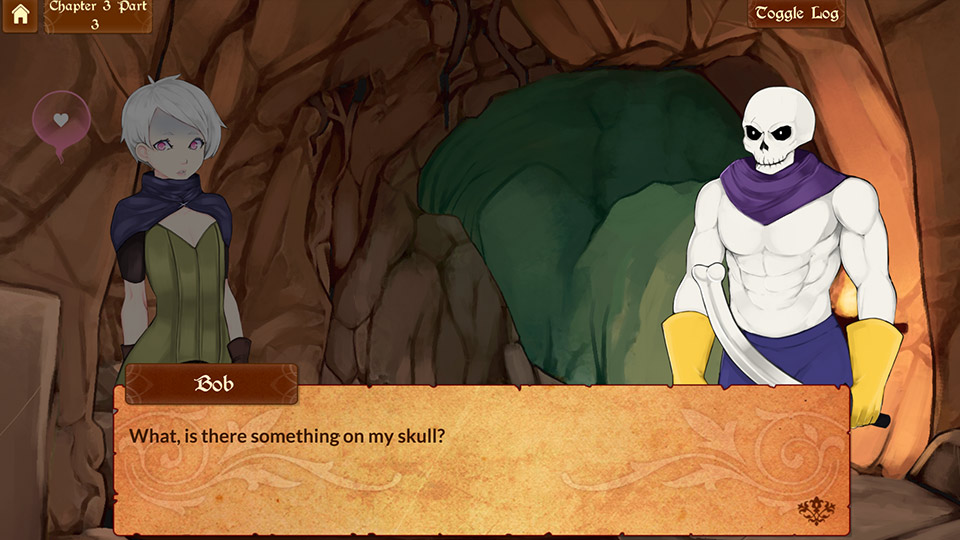 Artwork is always key with a visual novel, and here Critical Hit comes across as a bit of a mixed bag – most likely due to this being TsukiWare’s first title so the studios style hasn’t been nailed down fully yet. There’s certainly a different level of quality between the assets, as Akira seems more detailed than the rest of the cast which is hardly surprising given he’s at the center of all things. It’s most noticeable with the games backgrounds, they are bright & punchy but lack detail and look a little flat because of this. Critical Hit does offer a full 1920×1080 resolution tho, which isn’t often found on VN’s (1280×720 is the minimum required here [16:10 users be wary as the game sometimes stretches the image to fit instead of bordering]) and scales up well to the full HD resolution. For the most part sound is good. There are multiple tracks that change depending on the situation, but that’s about it. Of course this isn’t a triple AAA visual novel, so fully voiced dialogue & the like is hardly expected, but a few ambient effects or sounds would’ve helped – especially during the games risque scenes. No doubt future releases will see these niggles ironed out visually as the studio grows, but there’s no shaking the mixed bag outlook of Critical Hit. 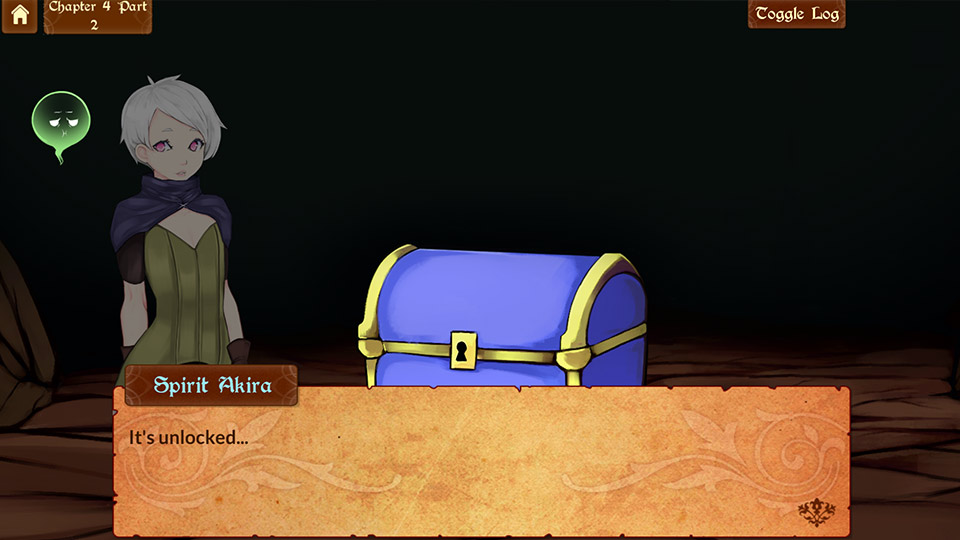 Critical Hit is a decent first showing from TsukiWare. It’s not without its niggling issues, incohesive presentation being the most obvious, but there’s certainly some positives too. A decent balance is struck between regular & eroge content in the story for me, even with there only being 3 scenes in total, with numerous funny moments during the main story arc keeping things ticking over till the end. It’s worth of considering for fans of western eroge novels looking for something new, with those keen on yaoi likely to get the most bang for their buck with the game.