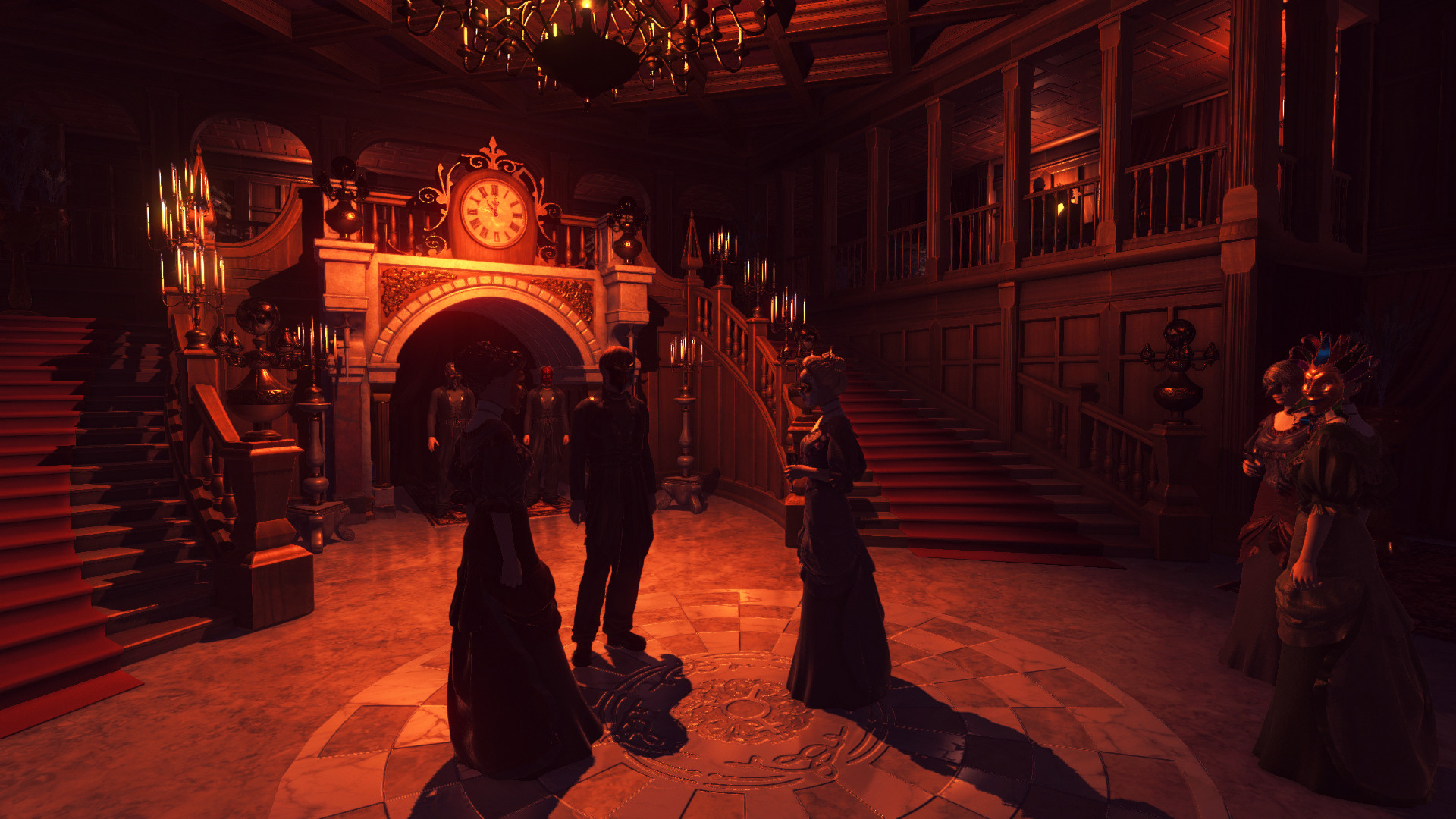 After a brief prologue, the games story switches to Jonathan Moon, who receives a letter from his wife who has been missing for a year. Following information from the message he heads for a secluded mansion where an occult ceremony is set to take place that seeks to open gates to another world – the profane, perverse land of Lusst’ghaa. Once you’ve snuck into the mansion, you catch a glimpse of your wife. Unfortunately the search is cut short as the ceremony is finished & the portal to Lusst’ghaa is opened. Having no luck in the mansion, maybe she can be found through the portal?

To be honest the main story of Jonathan s search for his wife is a little undercooked, no doubt there are a few twist & turns that are genuinely good, but thankfully it is helped by the lore surrounding Lusst’ghaa that should keep you interested during the games relatively short runtime. These additional tidbits are worth seeking out for more info on this parallel realm, but they also have the added bonus of going towards unlockable side stories. These side stories offer a little more backstory to a few areas of the game and add a little extra to the overall package, though they don’t offer much different to the main arc just a little extra information. 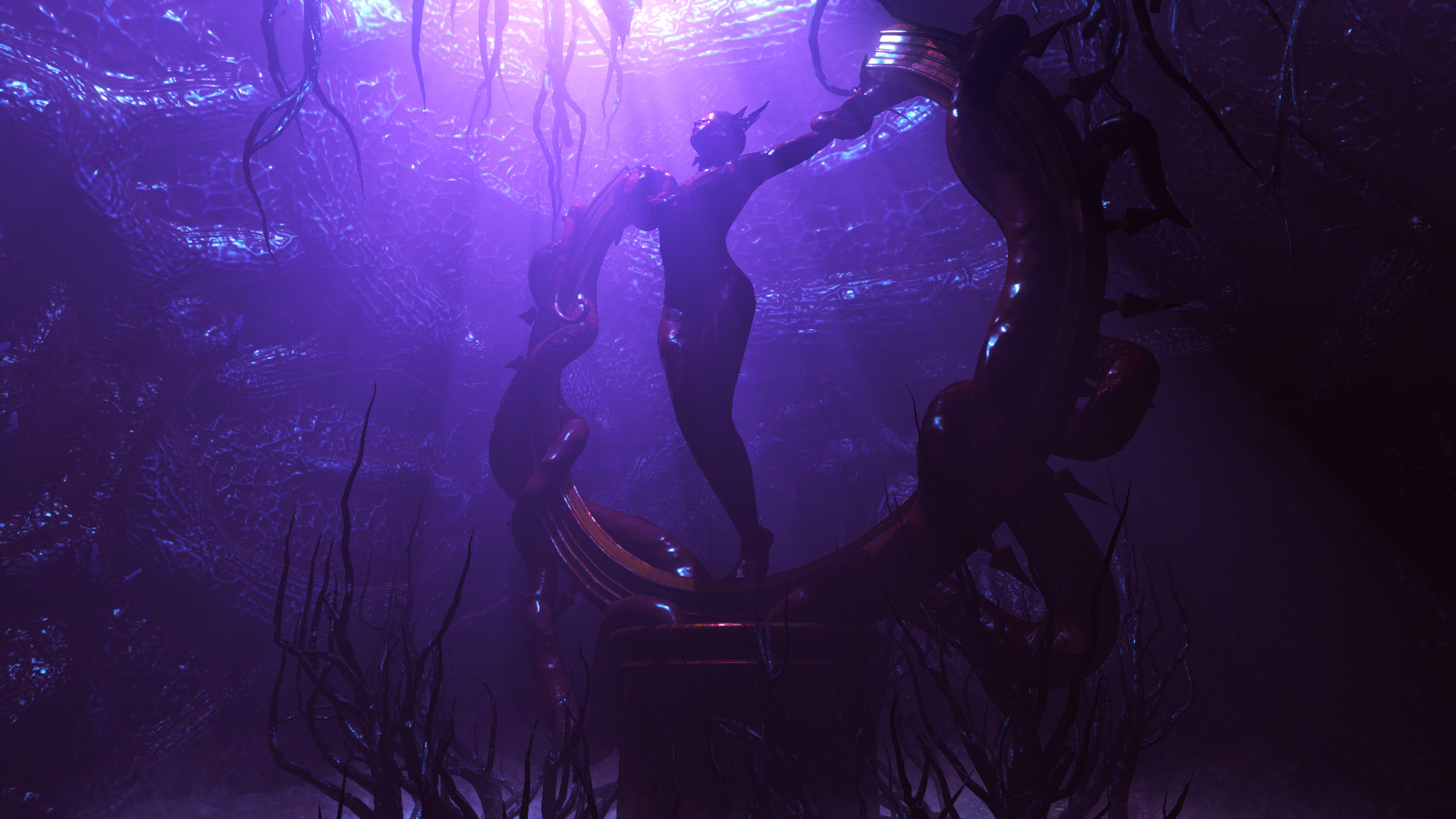 Atmospheric is a good way to describe how Lust for Darkness is presented, though not for the opening segment of the game. Our universe is just as bland as it is in real life, with muted colours and only a few glimpses of some of the effects work that is to come. The bland look does carry over to textures etc, some areas outside are a little too lacking in detail, and its not until you enter the mansion things start to look up with some nicely designed areas. I’m gonna go out on a limb and say it could be intentional. I say this as once you enter the other realm, things take on a starkly different look. Everything is soaked in a purple hue, with architecture and environmental detail taking on something of an alien look. It’s here where you’ll find most of the good work with the presentation, the volumetric lighting is a particular highlight, and it certainly looks far different to our own world.

Performance is ok for the most part. On my system (R51600/16GB/Fury Nano) the optimal settings were 3200×1600/High with a 30fps lock. At 4k the game would be stuttery with regular drops below 30, likely due to it loving to guzzle as much Vram as possible. A 30fps lock isn’t so bad given the slow pace of the game, though a motion blur option would’ve helped smooth things over a little. I suppose the only real downside is the somewhat stiff (giggidy) animations, epecially during erotic moments, that could’ve done with a little extra work considering what Lusst’ghaa is supposed to represent. Still, there isn’t too much to fault with the games design, it certainly picks up the atmosphere when it needs to and seems well crafted.

Whilst the game has gone for a horror leaning, there isn’t much here of a survival horror if that was what you were thinking. This is pretty much a walking simulator with puzzles. There is the occasional chase section that adds a little tension, but the game mainly plods along at a slow pace. The puzzles you’ll often come up against won’t be too challenging, only a couple required meditation to unlock higher brain functions, but they are intuitive enough to not be a bore. Most of the tense chases happen in Lusst’ghaa as the locals seek you out, with the mansion sections mainly focusing on clue finding & puzzles. The stealth sections early on don’t really offer up much of a challenge either, cult members seem to only act on visual cues so you can sprint around when they’re not looking. It gets better later on, but still nothing to have one feel like Sam Fisher in his prime.

If you’ve played the likes of Amnesia then you’ll have an idea of what to expect, This does take it’s cues from those type of games. To be honest the gameplay isn’t bad if you like the whole puzzle solving & clue finding, it just doesn’t really try to do much beyond that. With more fleshed out chase sequences and stealth sections the games potential would’ve been more realised, instead its gameplay just feels serviceable to the world crafted. Oh and there’s half hearted controller support, there’s nothing in the settings about and it only partially works, so best to stick to keyboard & mouse. 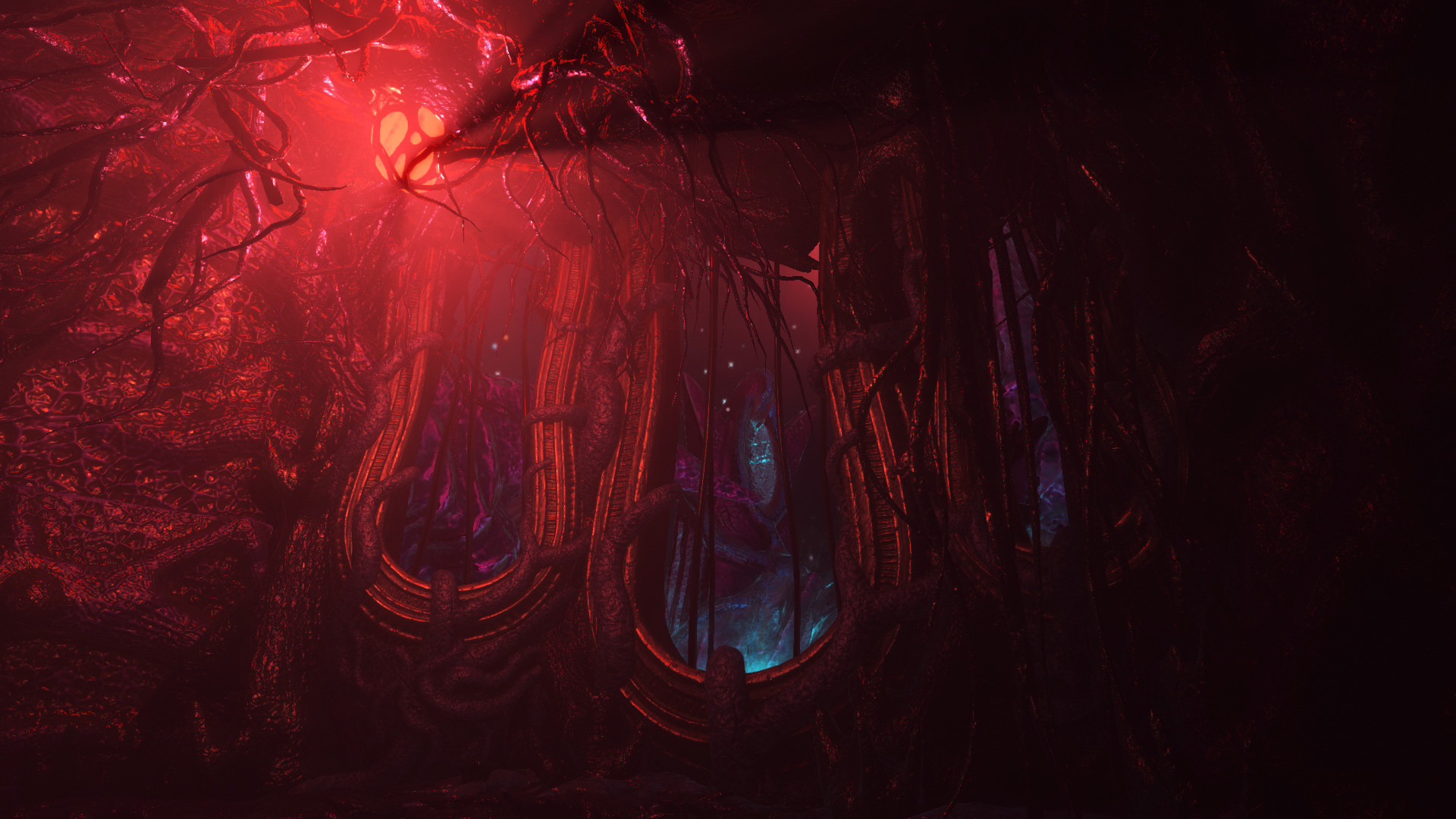 Lust for Darkness isn’t without it’s faults, though these are thankfully not due to the games great Lovecraftian inspired design, and is certainly helped by the low price of entry. There’s a lot of potential in the world crafted, but it doesn’t end up being fully realised due to serviceable gameplay & short main story arc that could’ve been fleshed out more. Still, If you have a few hours spare, this could prove to be an interesting distraction and there’s certainly a solid base for the developers to expand on Lusst’ghaa in the future.