Today’s review we take on the company kn0wn as Vostok Inc, Intergalactic money makers with attitude and weaponry to boot. Vostok Inc has released on Steam & Playstation 4 so today we are looking into it’s Nintendo Switch release and seeing if taking this on the go really improves the title. Placing bets now!. 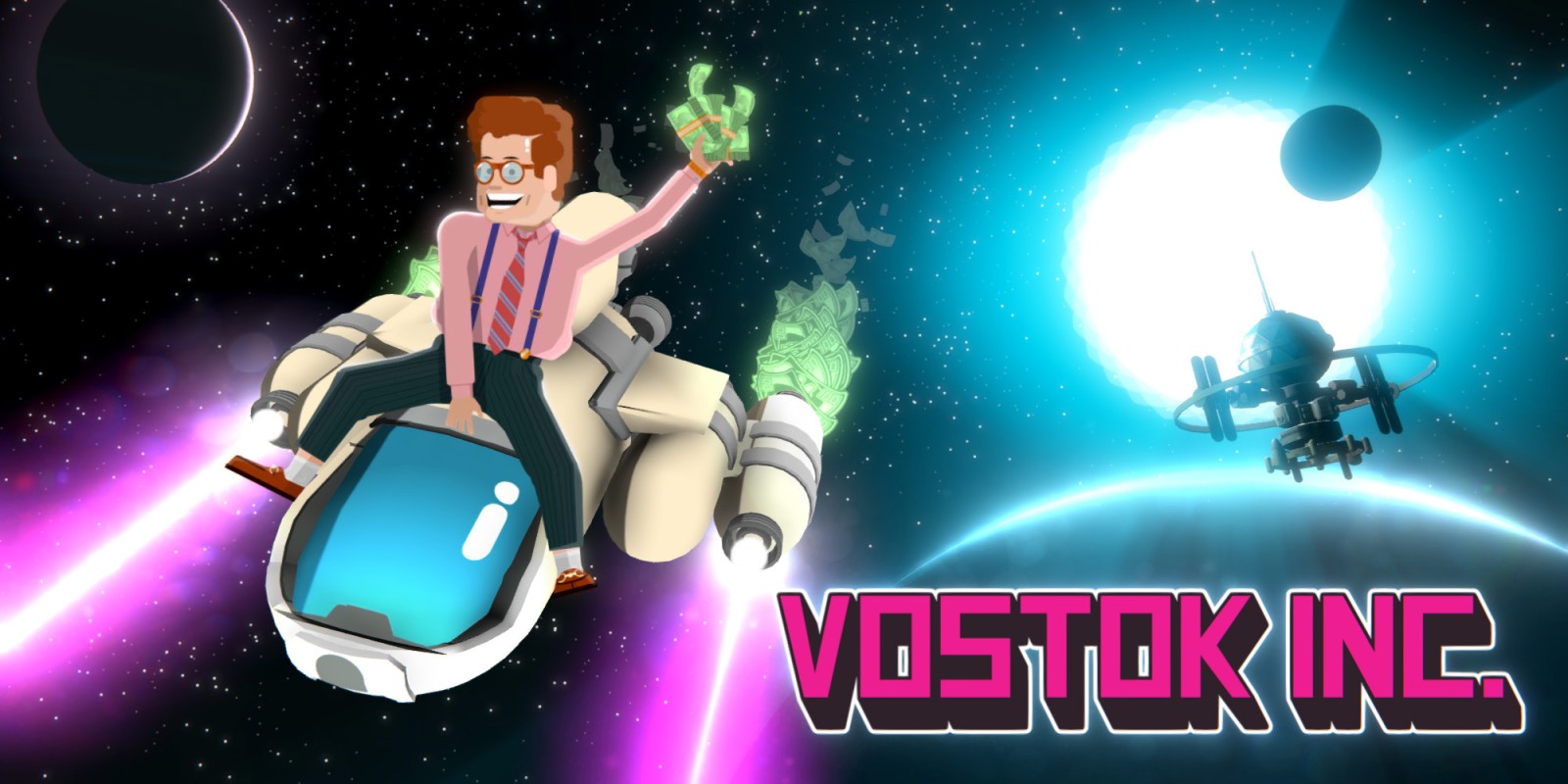 Vostok Inc is “Wolf of Wall Street” in space, I say this with the upmost respect to both. The idea here is your company wants to monopolize the universe, to do this you take your ship, wage war on the Galactic goons who want a cut of those sweet profits and you build facilities on planets.

While the core narrative of Vostok Inc is rather thin, it’s the comments from your adviser that really perk this title up. He’s always on hand to offer a cheeky comment or some anecdote while you whittle the hours down for the galactic dollar.

The audio/visual side of Vostok Inc is exactly what I’ve come to expect from a classic arcade title. It runs with basic graphics and classic arcade sound effects. Vostok Inc sounds and look very clean while running a very “Basic” visual style, it hearkens back to the Atari days of Sci-Fi wonder and works very much in the favor of this title. 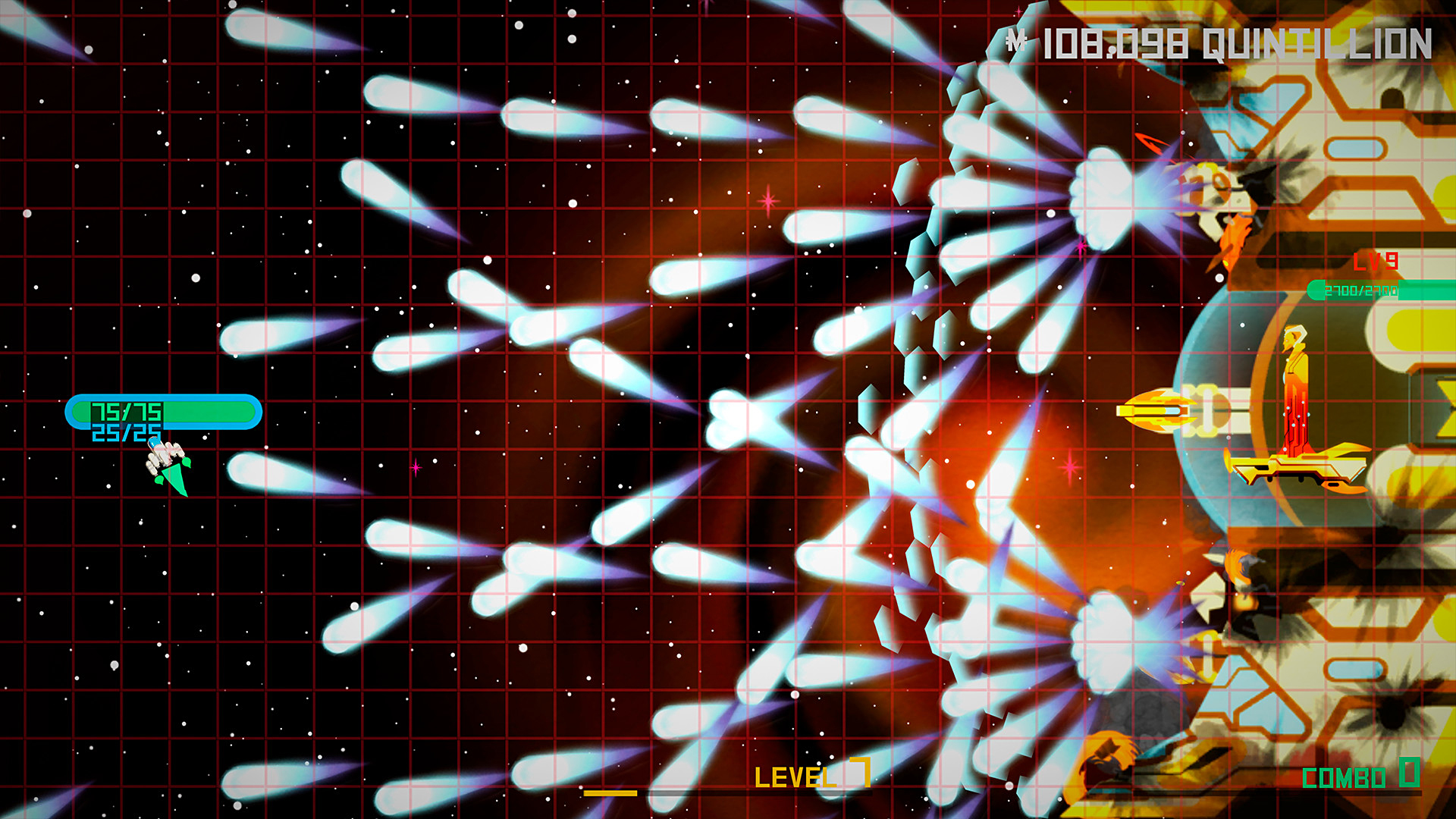 So what exactly is Vostok Inc? well it’s an intergalactic, twin stick shooter, clicker game, that may seem like a hefty amount of genre right there but trust me, it works so well!. You start your conquest in Vostok Inc with little funds and even less weaponry, within minutes war on your company has been declared and it’s crafty combat skills and money management which will see you at the top of the financial food chain.

The main bulk of the game sees you flying between planets to create new buildings, unlocking upgrades and building that bank balance. Money will build in real time (Much like the popular clicker genre) and you’ll dive in & out collecting and spending that hard earned dosh.

When you’re not planet side you’ll be in the deep dark reaches of space, farming asteroids and taking on space bullies earning additional dosh and heading over to the main spaceship for more ship upgrades such as radars, higher damage capacity and fully customizable weapons.

Much of what makes Vostok Inc so addictive and fun is the very nature of the game, it constantly dangles a carrot in-front of you, leaving the game with the much needed “Just 5 more minutes”. You’ll lose hours trying to build your intergalactic empire, improving weaponry and getting into some tough tangles with it’s easy to play Twin Stick Shooter gameplay. 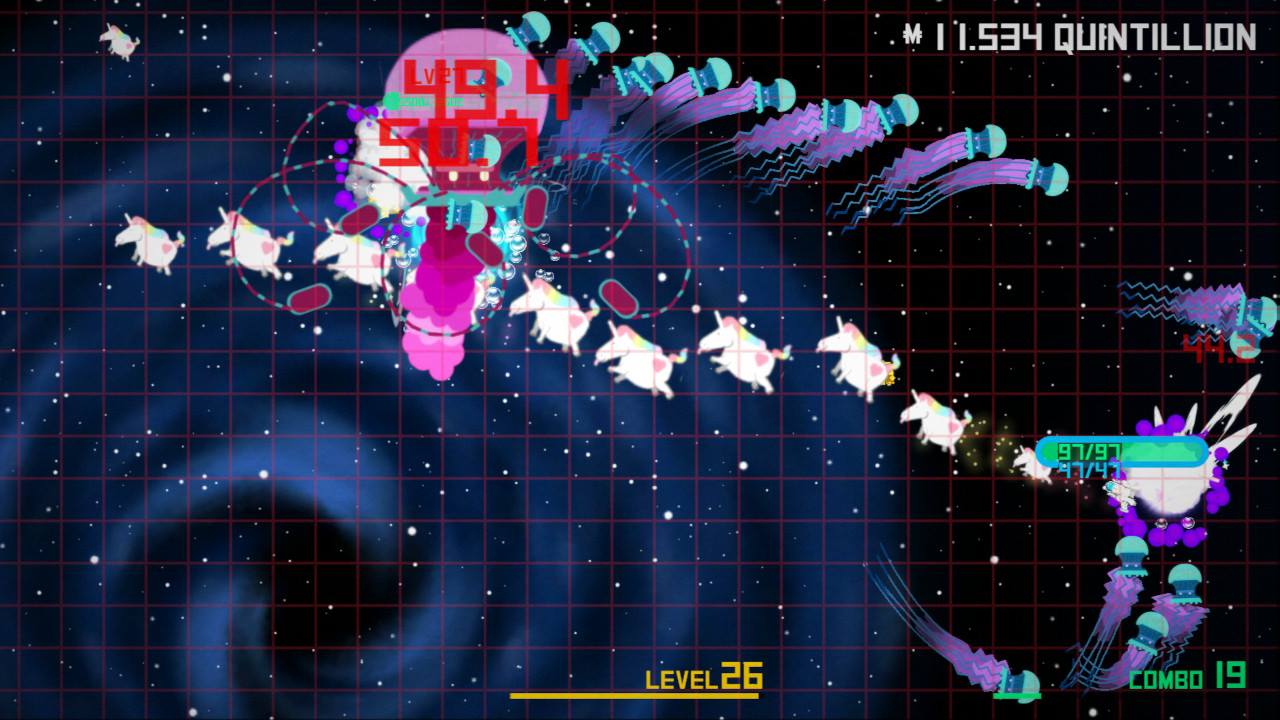 Vostok Inc feels very much like a “Fair” mobile game for the Switch, it’s so pick up and play that it works well for the system and the rewards scheme of the game steals time from you without you even noticing it!. The game at times can feel a little basic which may not appeal to some and the “Clicker” based money system will eat away at the less patient of players but overall it’s hard to fault such a charming and playable title!.