Good evening wanderers, it’s time again for your weekly break from Mirelurks, Deathclaws and drinking iradiated water to look over mods that have landed and piqued my interest.

Starting us off this week is a small but effective tool for players who are not entirely comfortable with setting up mods themselves. The Fallout 4 Mod Manager will handle the setup of esp files, does all the .ini edits and helps you with installing and uninstalling mods. This is the first tool of its kind I have seen for Fallout 4 and will be likely in time replaced with tools containing more options and graphical GUI’s but until then this will help a great many people with their modding needs. 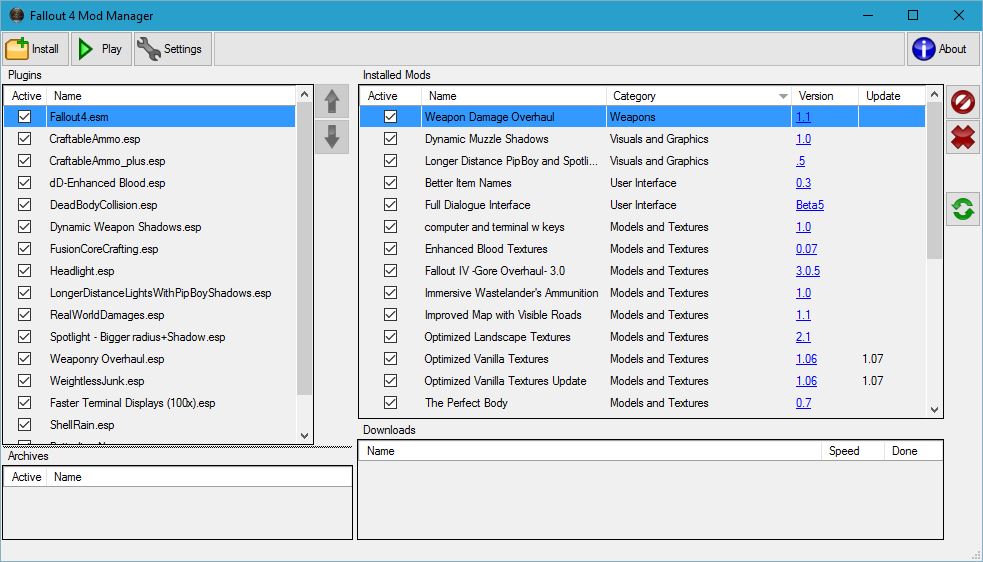 Next up is a retexture that may not grab the attention of all but it makes a big difference to something you spend a lot of time seeing but little time noticing. Vivid Fallout – Landscapes is a texture overhaul of the ground based textures including rocks, piles of leaves and the overall look of shallow water.

Lets face it, Bethesda’s texture artists dropped the ball a little on the ground textures which are really quite ugly and surprisingly V-Ram heavy considering. The Vivid Fallout project sharpens up a lot of these textures and adds a lot of new texture maps making the whole wasteland look just that little bit better. The most surprising thing is even with the alternate versions of the 2k textures this mod makes them 1/4 less heavy on V-Ram than the Vanilla ones, with lower resolution options available for weaker computers.

Honestly this retexture makes a big difference, especially in water while making the game run better, a win win in my books.

Third this week we have a combination of two mods which work together to make the Settlement crafting even better. The first of the two is Settlements Expanded, a simple mod which adds a bat file runnable from the console. This bat file when run removes that pesky limit on the amount of objects you can place within a settlement which means you are free to build to your hearts content and can build that skyscraper shrine to cats which you have been dreaming of. The downside of this is that the limit was there for a reason, when you build beyond the limit the game will slow down and suffer from a higher chance of crashes so is not suggested for weaker systems. 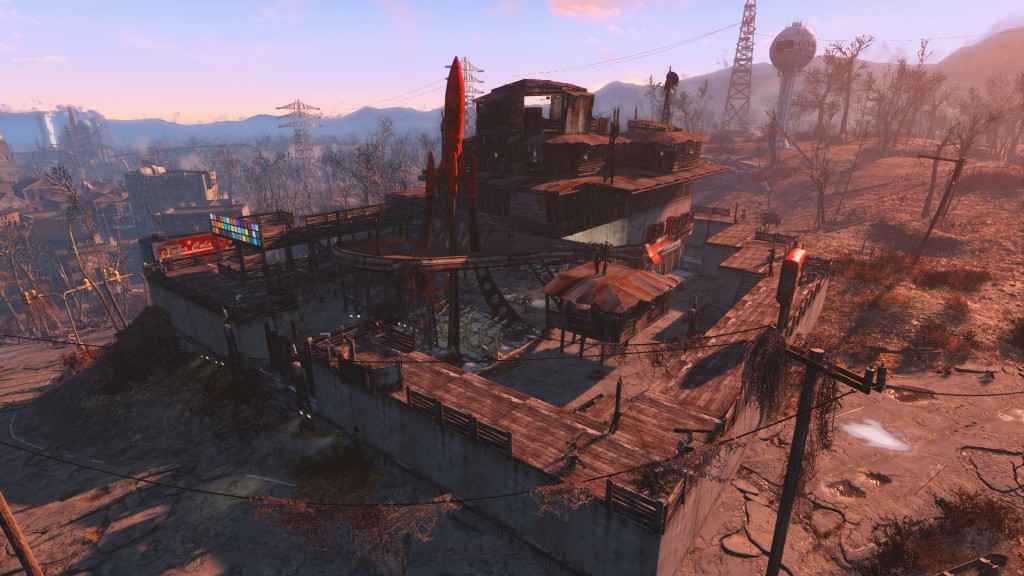 Alongside this you can use Settlement Supplies Expanded (SSEx) which adds a HUGE amount of extra craftable objects for you to include in your settlement. This includes pre-war cars, close to 100 Furniture items including Beds and Chairs from the Institute, almost 300 decorative static objects and many more. My personal favourite addition from this mod is Trees! Yes, actual trees rather than the husks you find everywhere else in the wasteland. With a bit of hard work and a lot of resource gathering you can build your settlement up to look like the flourishing community it should do! I am just hoping that soon there will be a mod which allows you to fix pre-war buildings up rather than demolish them to return your settlements to their former glory and become a beacon of hope in the Commonwealth. 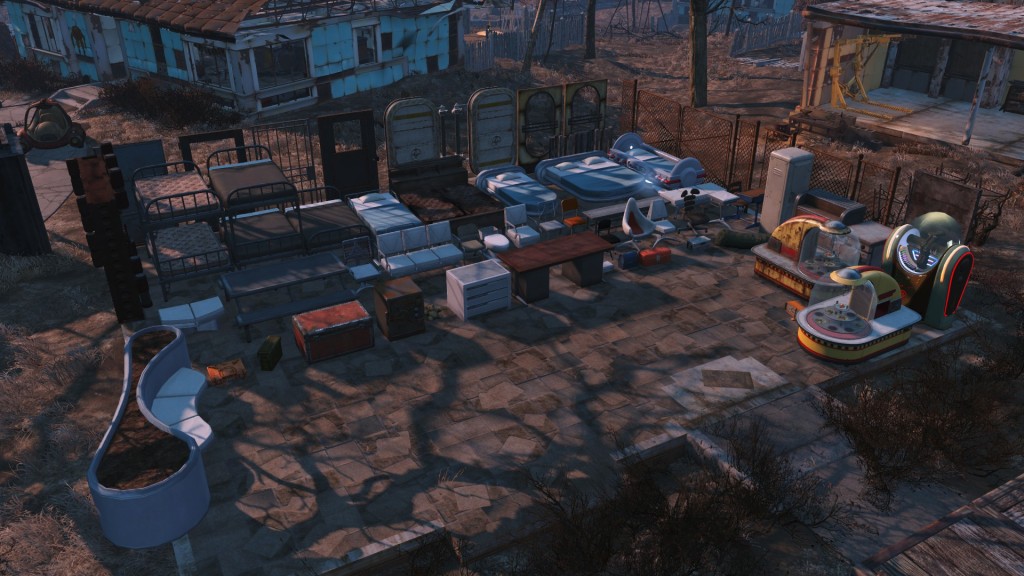 For many, myself included there have been a number of unwelcome changes to Fallout 4 which make the whole game somewhat lean towards Call of Duty style mechanics. A few of these I can put up with, like health regen if you have put point into that being as it a player choice and isn’t forced on you. However the fact that crippled limbs “heal” themselves if ignored for 20-30 seconds really gets to me. In previous Fallout titles if you had a broken leg you had to lurch your way to a doctor or use a precious stimpack on fixing just that leg. Granted being able to sleep off having half of your head caved in wasn’t perfect but it was forgiveable. Crippled limbs fix restores the older system meaning you can’t just stand around for a little bit and wait for your Dead Pool healing factor to regrow that arm you just had cut off by a supermutant. This is another small change which makes a big difference to the entire feel of the game, it also removes the auto-healing limbs from the AI meaning injuries stick for everyone. 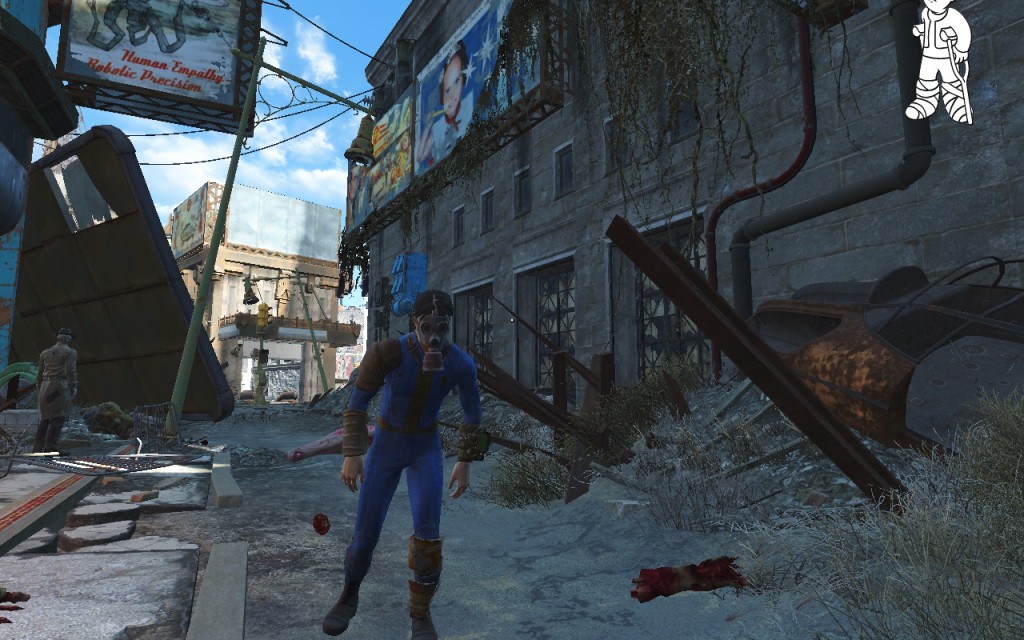 Here have yet another small but very useful mod. Improved Map with Visible Roads does exactly what it says on the tin. Changing the texture of the map to actually show up more than the biggest roads and offering new exploration opportunities that you may have previously missed. 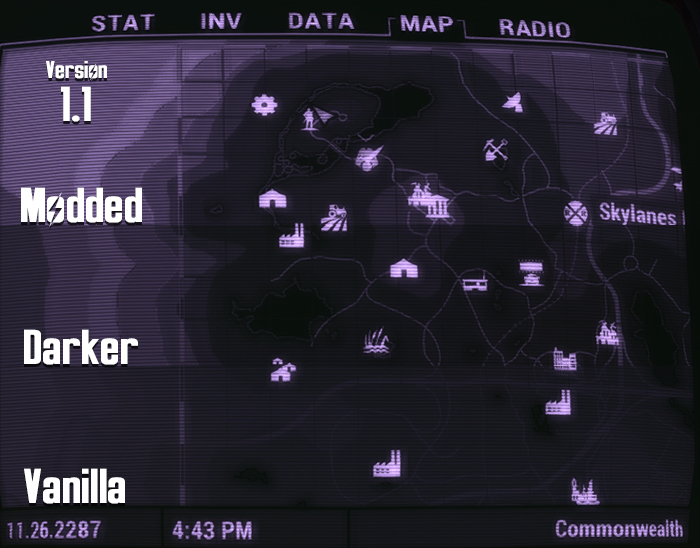 Last but by no means least, for the older fans of the Fallout Franchise and players who just plain disliked the ambient tracks of Fallout 4 we have Classic Fallout Ambient Music. This sound mod replaces the ambient music which plays during exploration with tracks from Fallout 1&2. The mod creator has done their best to make the tracks fit the environment they play in and overall I feel that the change in tracks returns that feeling I got in the previous titles. It needs to be noted that combat music and anything from scripted sequences have not been touched so can result in a somewhat jarring transition between tracks. 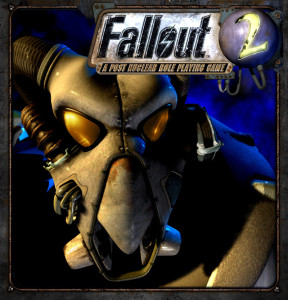 We are only in week 2 and Nexus have already destroyed my fun mods of the week. Both were Sound Replacers and links will eventually spring back up but for the moment we only have videos to show what they did,

The first replaced the sound of the Fat Man launcher with our favourite wrestler related meme John Cena’s entrance.

Secondly was a sound replacer which threw out the vanilla death music and replaced it with a clip from Whatcha’ Say by Jason Derulo. Which honestly fitted oddly well and I hope it makes a comeback!