BAAAA BA BA BA BA !!!!
Hey guys and welcome to 2016 !
And our new year competition.
The rules are simple; for a chance at winning the prize and having your review featured on the site, simply submit your review before the deadline and be a UK resident.

Compile your own review from any title developed OR published by the following: Square-Enix, NISA or Bandai Namco.

Things we will be looking out for/to be covered:

+ Story – A paragragh on the story behid your chosen title, though try not to spoil the whole thing with the first few hours/chapters.

+ Gameplay- Cover a little about the gameplay, Eg: What you spend your time doing in game farming/school work ect, as well as things like the level/battle systems and the like.

+ Graphics and Soundtrack – How the graphics and soundtrack hold up, remember for older games not to compare them to modern day titles. For example judge PS2 titles to PS2 standard not against PS4.

+ A short summary from you about your overall feelings and enjoyment of the title.

+ Finaly your score out of 10 (1 being poor and 10 being a shining example that all titles should follow.)

You must email entries to OGUKFB@hotmail.com as the message body, attachments will not be opened.

The judging period will end 10/3/2016 but may be extended in the event of a large amount of entries.

Above all have fun and we wish you all good luck. 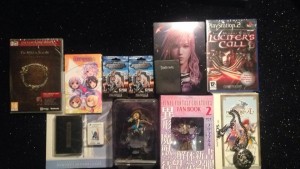