As you saw last week we discussed the best controllers in our gaming lifetime.  As you know though you cannot have good without bad and this is the same for controllers.  This week we will be looking at the first party controllers that gave us nightmares, whether it was for the overall design or the way the inputs felt.

So let us kick off this list of terror and dive into some horrid gaming memories; 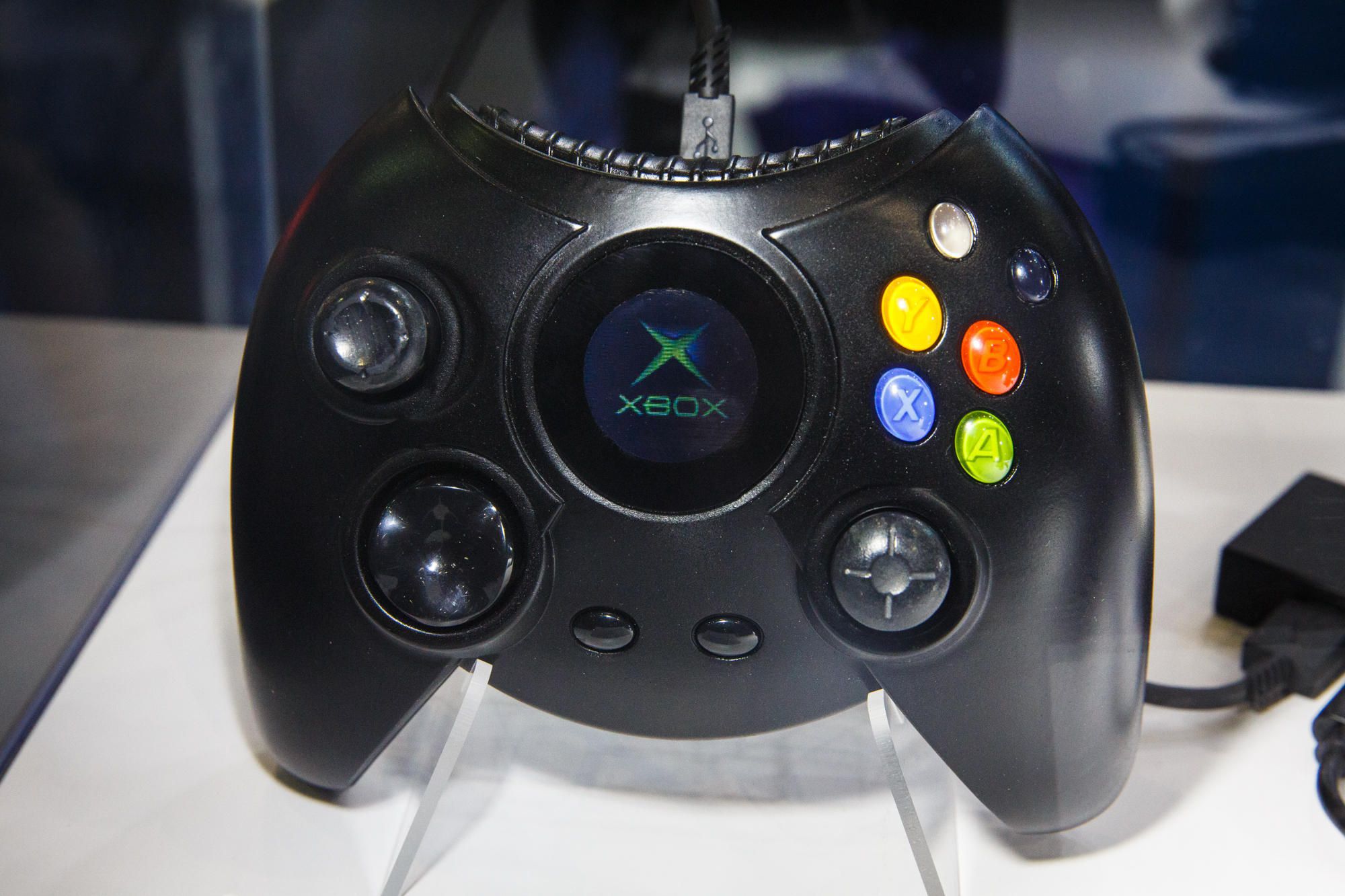 The worst controller that my hands have every touched has got to be the original Xbox Controller aka The Duke.  It failed on many levels but the biggest for me was the size of it!  It was unnecessarily big, felt cheap and was uncomfortable after long periods of play.  And that was just the beginning! To use the controller was equally as bad with the stiff buttons and utterly useless D-Pad!  Seriously, this thing staggered around like a drunk on a night out making some games impossible to controller.  Microsoft’s first venture into gaming started with a huge blunder that has earned them countless awards and records.  They did learn and release a smaller version which was better but I still stuck with my 3rd Party Mad Catz controller – that thing was the king!  Oh, on a side note to this, some players actually liked this thing and with the launch of Original Xbox Games on the Xbox One, it is being re-released!  I have no idea why and the best part is that the huge sticker in the centre is being replaced by a little screen that plays the original boot up animation.  People will buy anything these days! 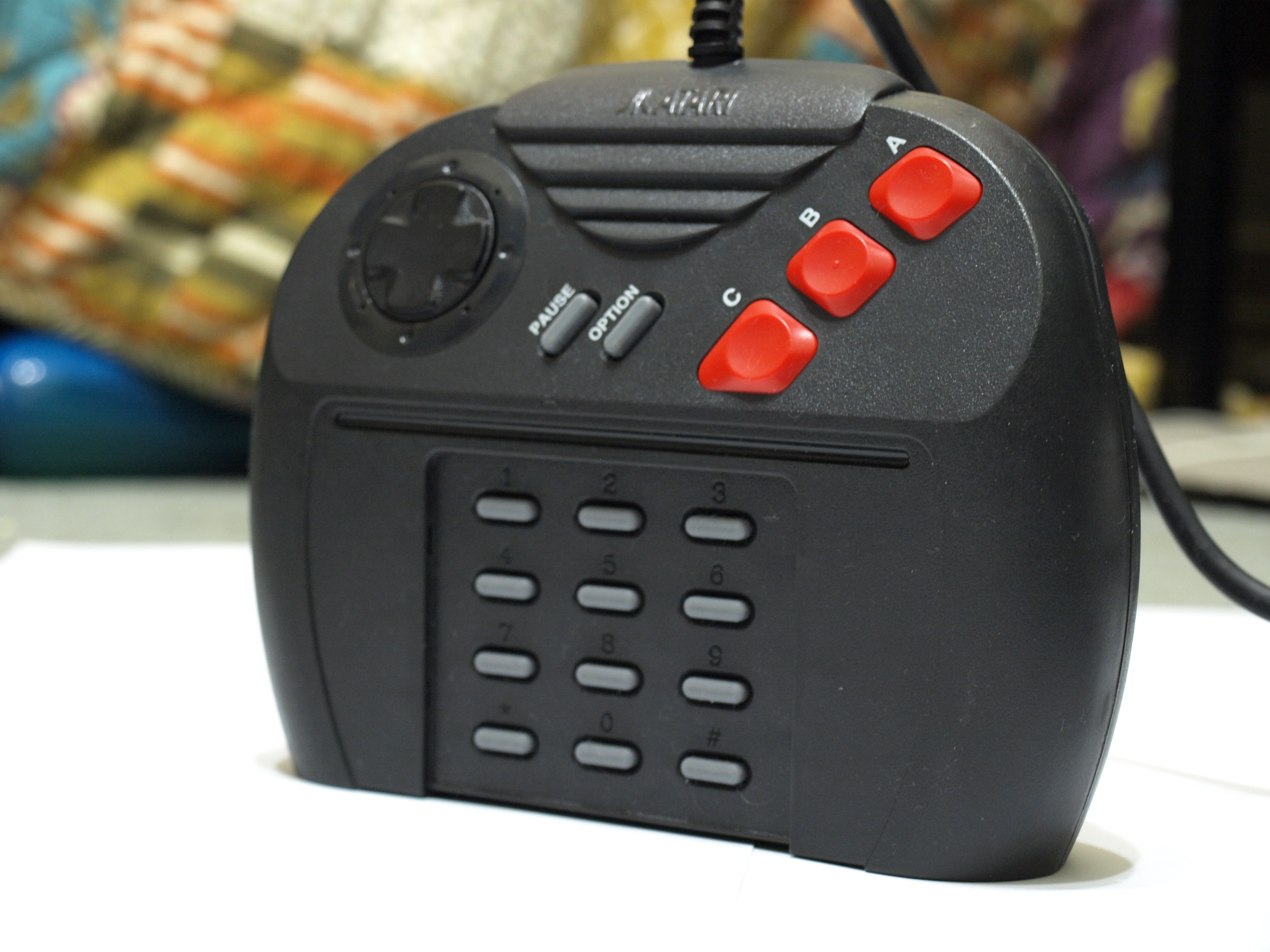 Just noticed Des has cited “The Duke” for it’s size, well in the spirit of the article I’m gonna provide my worst and one up him, The Atari Jaguar Pad!. I was bought one of these sad excuses of a console for Christmas one year, quite excited to get my young paws on some new hardware it only took a day or two for the shine to dim on this one. Only ever owning two games for the console, Cybermorph and Kasumi Ninja, neither of which set the world alight (To be honest calling them shite would be an understatement) but they were controller by the most ugly, 90’s hacker throwback pad in existence.

This monstrosity right here is the worst controller I’ve suffered, 3 Buttons when other controllers had at least 6 at this point, crappy D-Pad which made Kasumi Ninja an even more painful experience than the crap Mortal Kombat rip-off it was (Did have a dude firing fireballs from his Kilt though) and the must have NUMERICAL KEY PAD!.

Now I have seen stickers which help you learn the buttons for it’s various features in the games but it’s still 12 digital numerical keypad, making the pad bloody massive and cramp inducing if you’re daft enough to play anything on the console long enough. Jaguar, you’re a blight on my gaming career and this pad is just the cherry on the top! 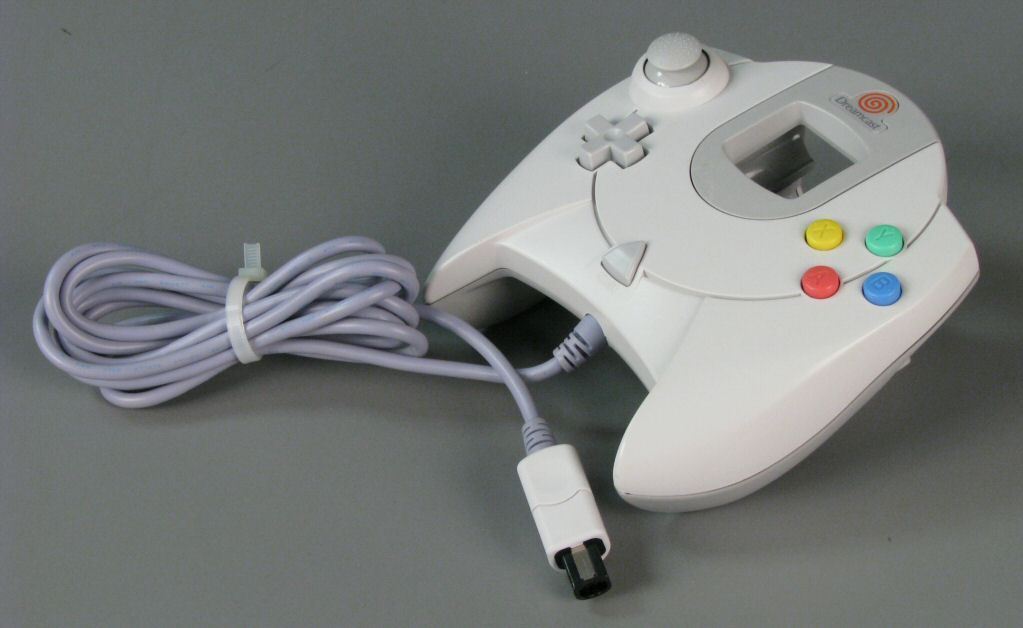 I’ve used a few uncomfortable controllers in my time. N64, Dreamcast, NES/Master System, those various odd Atari 2600 ones – but the one I’m going to tackle here hurts the most. It cuts deep and I’m going to have to explain why, unless I want Andi to drop a dead horses head in my bed. I’m talking about the Dreamcast controller. The Dreamcast itself is a scintillating console with some timeless games, but the controller I never really got on with – especially coming from the sublime Saturn controller. To be honest it’s mainly due to the shape, which always felt a little uncomfortable for long sessions in front of the TV. This was likely due to the grips that seemed to never want to be held and the space between them & the expansion slots wasn’t enough to prevent fingers usually sitting uncomfortably for me. This lack of comfort would come to a climax when playing a game that would require analogue input as my left hand would cramp up after a couple of hours, never really had the problem when using just the Dpad in games. The Dpad itself was a step back from the Saturn of course, though its still better than what we get these days. One day I’ll find that elusive Zen way of holding the controller and all this will be washed away, till then it’s something that I will continue to put up with so as to enjoy what the Dreamcast offers. Oh and that genius idea of putting the controller wire at the bottom? Give yourselves a Blue Peter badge designers…

Like I said at the beginning, I’ve used several uncomfortable controllers so this isn’t necessarily the worst as there are redeeming features – but it’s the one that has stuck with me the most over the years for obvious reasons. I still yearn for the day when it clicks and becomes comfortable to hold for those long gaming sessions. Now I’ve also got to add the day Andi forgives me for this transgression to the list.