If you look back at your gaming memories there will always be a scene of you playing local multiplayer with a group of friends.  The best part about this scene is that you never played to help each other.  You always played to get one up on your friend and to make them look the fool.  Whether this is in the amazing Golden Eye or any Mario Party game, fights would always start and you would see the true anger levels of your friends.  As the world became smaller with online multiplayer, local couch play lost out and became a thing of legends.
In recent years as indie games have risen to glory, the local couch play has make a return and has become as popular as ever.  One that has appeared on the scene is Speedrunners, a game that sees you running against your friends until only one is standing but how achieve that is the true fun of the game. 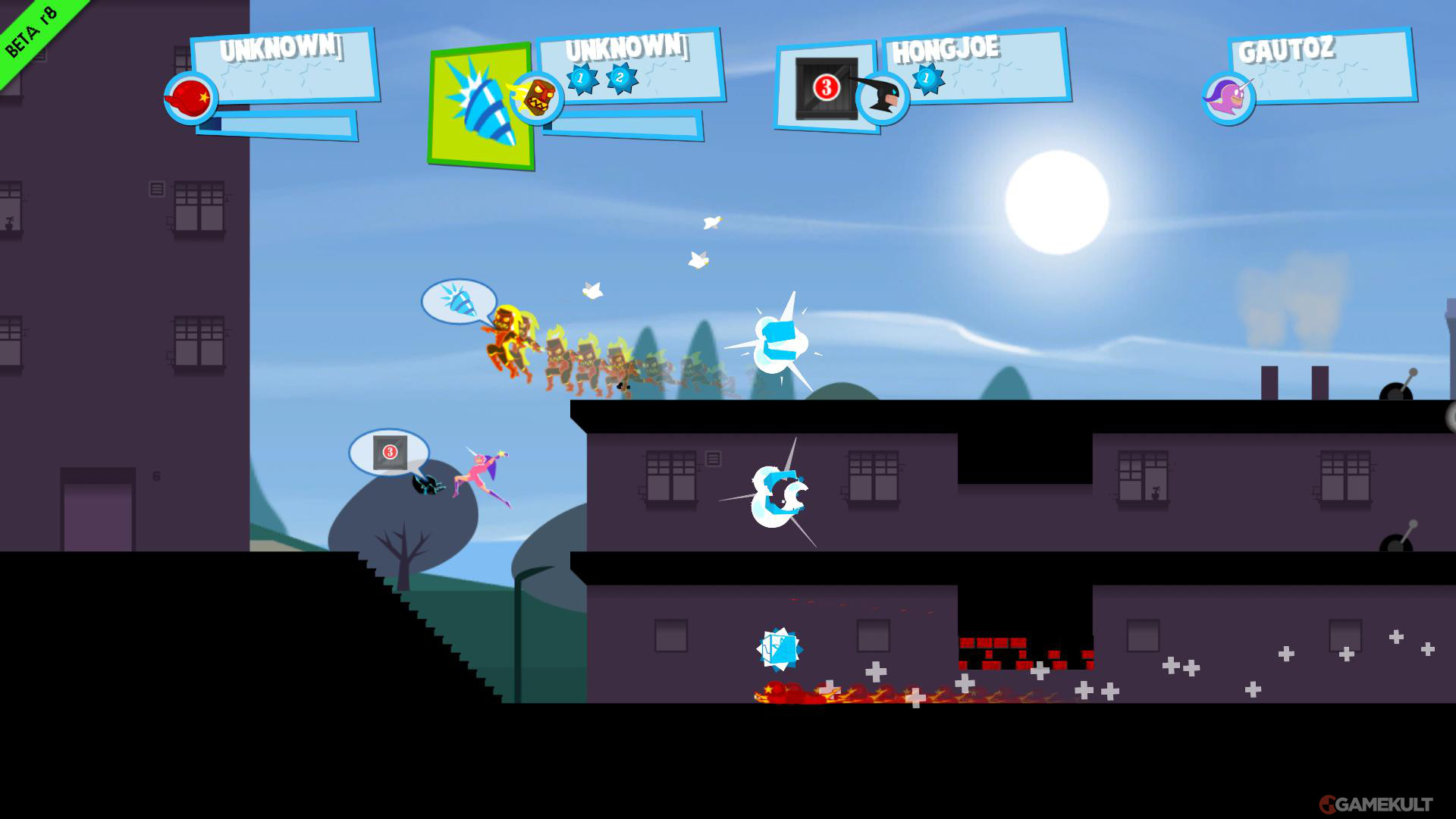 The aim of the game is to keep running around a pretty set course that is full of twists, turns and various obstacles. To win the course you must be the last character standing as if you fall behind the current screen of view you will be eliminated. It is a fast paced game that punishes the minor of mistakes. At lot will come from missing timing jumps either across spikes or up walls but the most deaths will come from your friends.

Along the course you can pick up items that reward you with an item of attack. Various items are up for grabs with more being unlocked through the solo campaign. It they all have one use – to slow you down and lose momentum.  It has a similar formula to Mario Kart as in most of the time you are looking over your shoulder to see what your opponent will do next. You may have a strong lead but one crafty item or a simple mistake will through you right to the back and certain death.  Speedrunners offers multiple modes including practice and solo but by far the multiplayer mode is the best. Having a few friends around really brings out your true competitive nature and brings so much entertainment.

Speedrunners not only looks great with its bright hand drawn visuals but it also plays equally as good. Smooth action with responsive controls make the challenge of taking down your friends an easier task. Turning in mid air couldn’t be more perfect and the swing physics for your hook is spot on. All together it creates a smooth experience that will not add to the already high anger levels in the room. 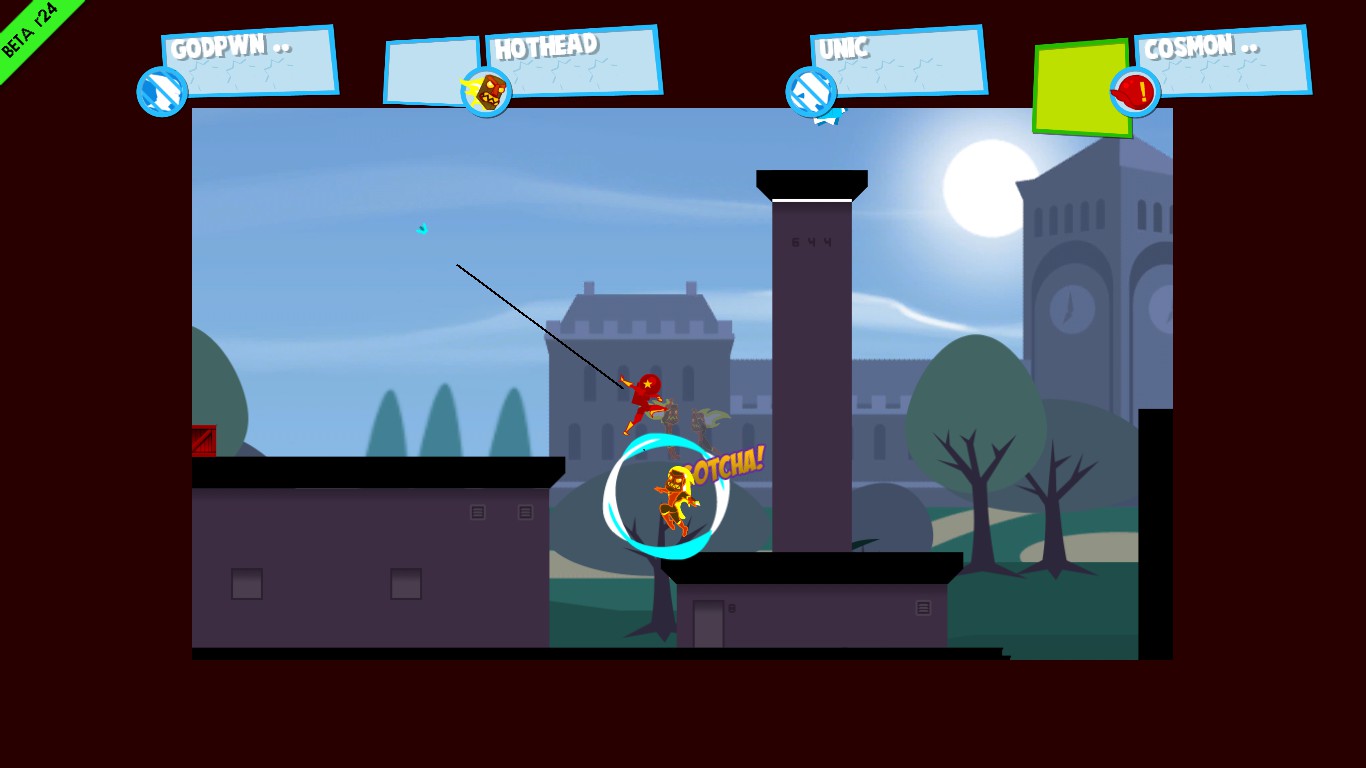 Speedrunners offers hours of fun but not all at once. It’s a great game to play with friends and is perfect to play if you are meeting up prior to a night out. It is a modern party game with its roots firmly set in the past. It understands what makes local party games fun and delivers that every single time you play. The shouting of “it’s not fair” and “you damn cheater” will bring back fond memories of a time before work and responsibilities.