Developed by Bombservice and published by Playism. Momodora: Reverie Under the Moonlight is the fourth installment of the Momodora series which started back in 2010. Out on PS4, Xbox One and PC comes a cute side-scroller platformer with a dark under toned story.

Speaking of the story, although it is the fourth in the series, it is in fact a prequel. The story starts with the silent protagonist Kaho, from the village Lun, who is seeking an audience from the queen of the Kingdom of Karst. A curse has befell Kaho’s village and she hopes to find an answer for it from the queen. The story progresses through the different characters you meet throughout the game, all of which tell their own stories in the process. Like the Dark Souls games you may chose to help theses characters to find out their stories or just ignore them and get on with your own. If you do choose to help them there isn’t much effort involved, as most of the time it could be as simple as flipping a switch or defeating a boss. 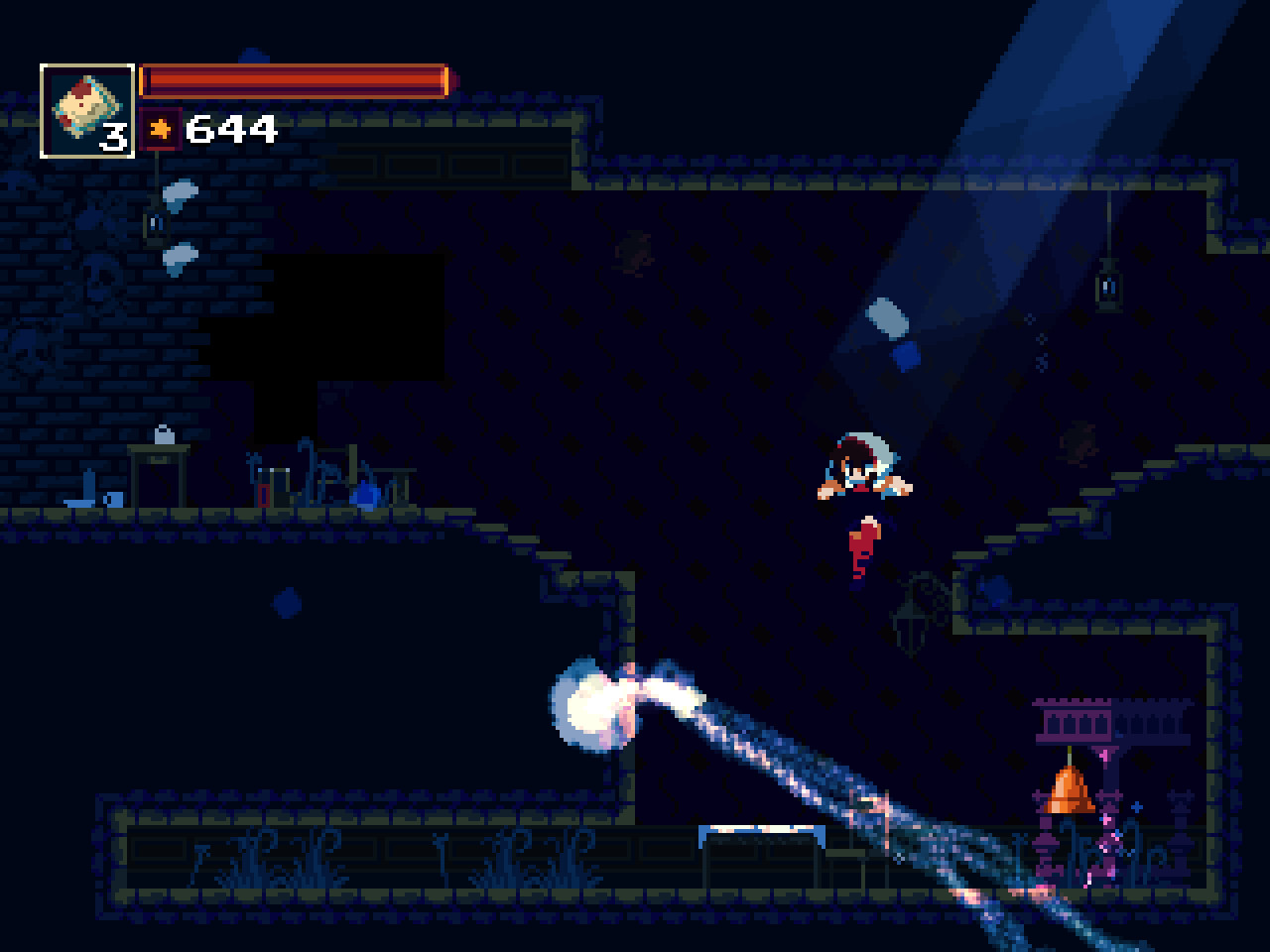 The soundtrack suited the atmosphere of each location you travel to whether it be the imp infested forest to the underground cemetery. I particularly enjoyed the 8 bit twist on the sounds when attacking or jumping, making you think back to the classic games of the same genre. Graphics wise I thought they suited the feel of the game. Very Anime in look with the big eyed characters but what i loved about the graphics the most was the backgrounds. I found them beautifully designed and wanting me to go off and explore those locations. The whole art style had a retro 8 bit feel to it, everything from the designs of the characters to the the background objects, where you can tell all were created with dedication and care. 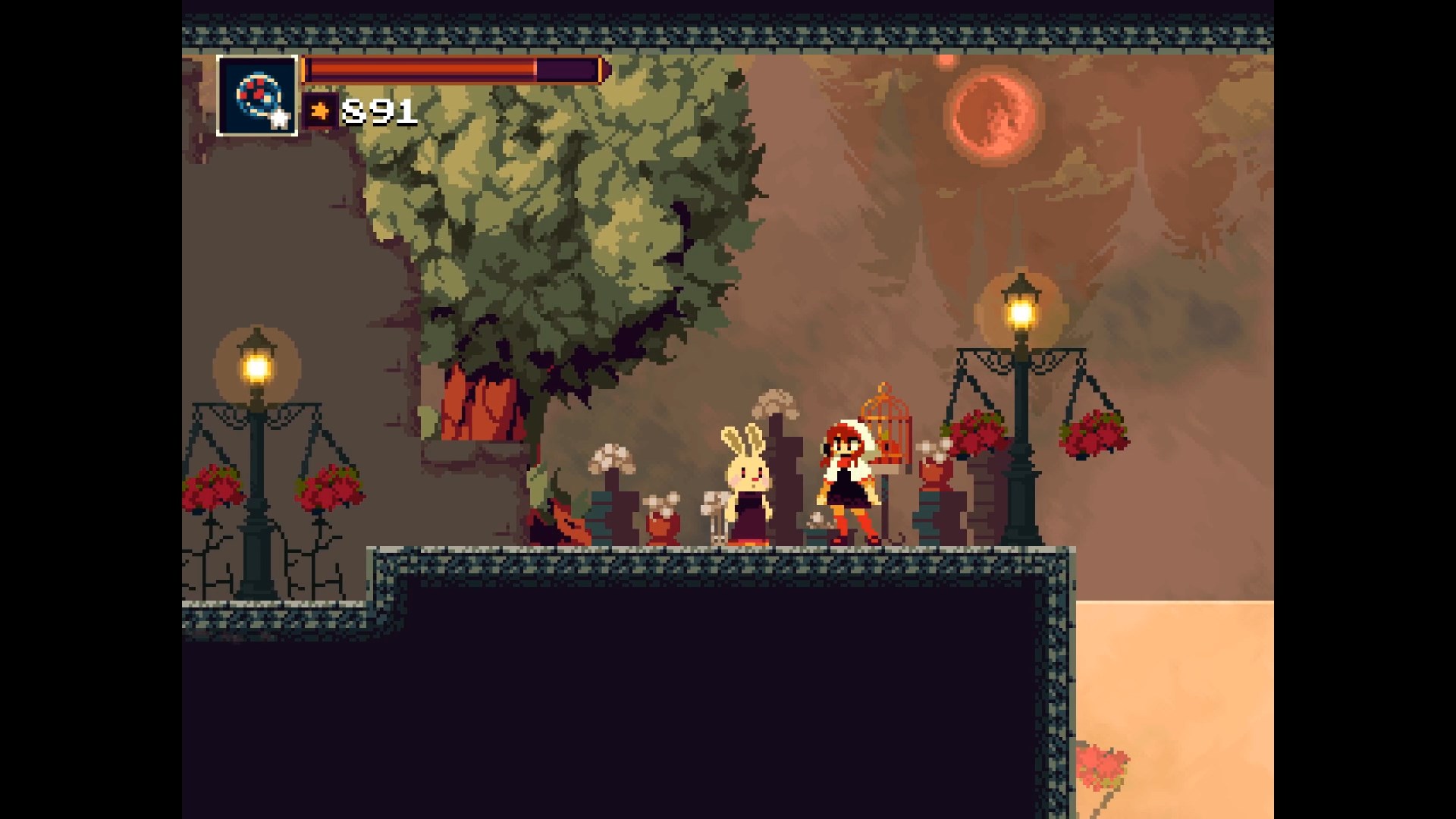 Momodora is part of the Metroidvania genre ( games with similar game-play concepts to the Metroid and Castlevania ). Simple controls, a lot of back tracking due to the need for either items or abilities to progress through an area. I will admit I have only recently started to like this type of game, but I absolutely loved this game from start to finish. Like I said simple controls, which made the game easy to get used to, but this doesn’t mean the game is easy. Enemies can sometimes get lucky hits in or as I found, getting over confident with the monsters can leave you frustrated from getting killed. One thing I liked about the game was the items you collect. Each one have a unique use either simply healing you or poisoning Kaho herself (ill let you find out for yourself why the latter is useful). Some items give you Passive effects, while others give you Active effects, but all giving you different strategies to how you play the game.

As I also mentioned before, there is a bit of back tracking which is normal for this type of game. Back tracking in any type of game can get old fast but the map in Momodora is the perfect size for that not to happen. Its also mapped out in a way there are always a few ways to get to the place you need to get.
And now I come to the thing about this game that I nearly had a mid life crisis over. I have never shouted ” BUT I (insert curse) DODGE” at a boss fight since first playing any of the Dark Souls games. They can be difficult, frustrating, nearly controller breaking in my case but brilliant. Every boss fight was a challenge, not one being the same. When I found one too difficult I wasn’t forced to constantly fight it till I gave up, but instead was given the option to go off exploring to find items to boost my health or attack power.

There is a lot to do in Momodora and even after the completing it, lasting just over four hours, you are given a New Game + that ups the challenge by making the enemies more powerful. Like every game with a New Game + you retain your items but not all of your abilities. For those who just simply want to enjoy the game again with the added challenge or those wanting to 100% it, then this gives you the opportunity. For any fans of Metroidvania genre, or those who just want a game with a challenge, I highly recommend Momodora: Reverie Under the Moonlight.

Found Momodora hard to find bits I didn’t like to put in the review. Even the boss battles which had me pulling my hair were somewhat enjoyable because of the challenge, and even a sense of accomplishment was felt when I did defeat them – which is rare nowadays in games. The game was just off from being perfect for me for the length of game-play. I was left wanting more from it. I wanted to delve into the story more, didn’t want it to stop. Yes the game is a prequel to the others that came before it but i felt like I wasn’t done with this. All in all it is a good point to start off at if you are looking to get in to the series but hopefully this will not be the last edition to the series.