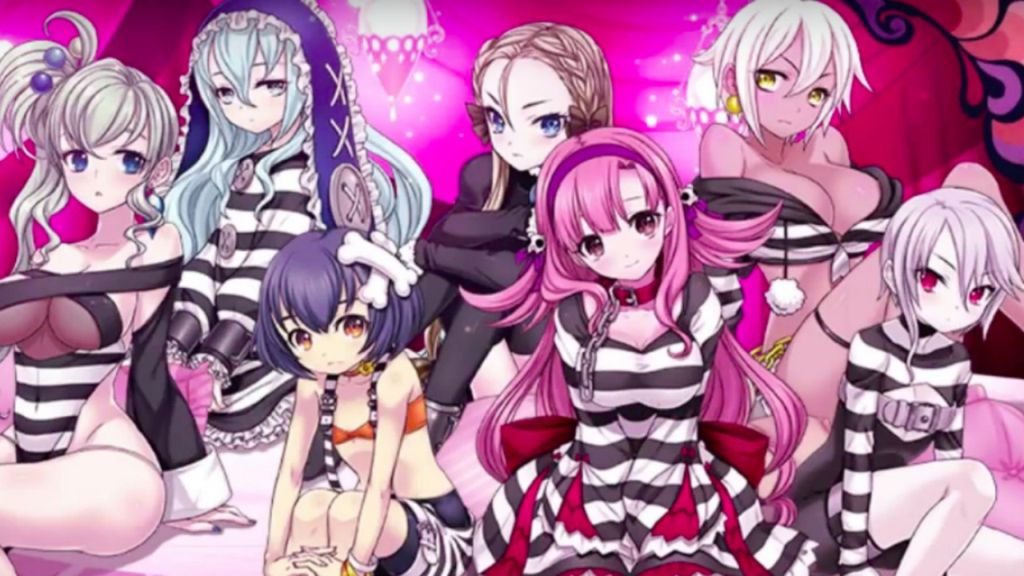 Having a group of girls who have listen to everything you say sounds like a pretty sweet deal right? But…there is of course a catch, if this group of delinquents don’t manage to ‘Reform’ then your all stuck in hell for eternity, sounds fair right?

Now out of concern that the first game was a tad risky so, I stayed clear and Criminal Girls 2 confirmed that fear with some of the features it had in store but I gave it a chance because I thought “It couldn’t be that bad could it?”. Answer is yes…yes it could be that bad, at times the game does make you think “how did they get away with this kind of stuff?” and “I get to do what to them?” but underneath the overabundance of fan service there are few surprises so with that, let the ‘Reformation’ begin!

The story of Criminal Girls 2 has you playing as a Program Instructor who is charged with helping a group of delinquent girls who have tried to commit crimes but died before being able to doing so and in turn have been sent to hell. Your task as their instructor is to help them ‘Reform’ by climbing the Hell Spire and return to the land of the living as better people. As you might imagine it’s not going to be as easy as just making your way up the tower, standing in your way are the many Convicts that inhabit Hell and as if that wasn’t enough turns out there are only supposed to be six girls in your Reformation program but there are seven so, turns out there may be a Convict amongst the Delinquents but the question is which girl is it? 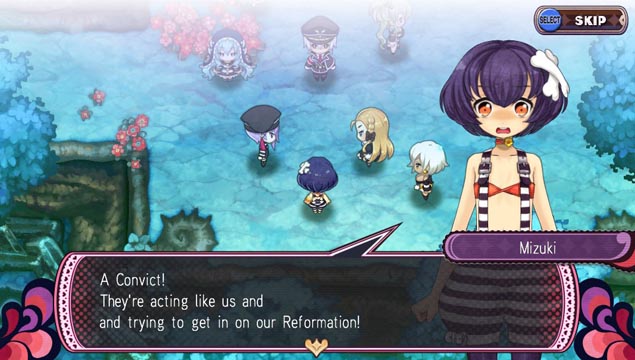 The gameplay is quite basic and is easy to get used to after a short while, the main element is similar to most top down dungeon crawlers and involves mapping out floors of the Hell spire. As you progress up each section/floor occasionally you will have to solve a specific puzzle to advance to the next floor but, after clearing a few floors you will encounter a really powerful Convict (basically a floor boss). Once you have defeated the Convict you will gain access to the next floor and although the higher floors of the tower seem pretty difficult at first, once you figure out the weakness of the enemies on the floor and you unlock the relevant skills, it gets a lot easier.

The battle system in Criminal Girls 2 will be very familiar to fans of the previous game as it is more or less the same but for any newcomers to the series it is fairly simple to get to grips with. You are presented with four different choices, one for each girl, and depending on which option you choose will determine what type of attack occurs e.g. magic or melee. There are points were the girls can ignore your orders and not attack at all but this all depends on the level of motivation/trust (which ever you prefer to call it) you have built up with them.

There is also a new system in this game called “Coaching” were the Program instructor can choose a command like Scold or Praise and this will either boost or lower a girls attack depending on the girl’s preference.  At first the battle system seems quite slow and can start to feel really repetitive but thankfully, you are able to speed up the battles using the L trigger/bumper which makes training a lot easier and in turn makes grinding levels less annoying. 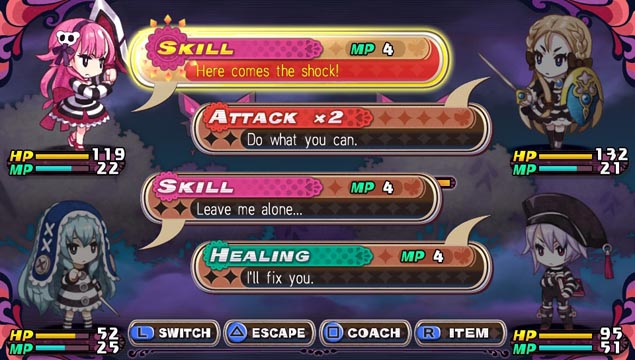 So while progressing through the game you start to learn more about the girls by uncovering more information about their circumstances and how they came to be in their current situation however, to get these girls to trust you and reveal all their secrets to you, they might need some “motivation” which can be given in a variety of ways and the more motivated the girls the more they will come to trust you and work together as a team.

So with that, here is the probably one of the best and worse things in the game at the same time, previously known as the ‘Punishment’ system in the first Criminal Girls, the newly named “Motivation” system is how you get new skills for the Delinquents. Now this is done through some questionable methods like scrubbing soap suds off them or…covering them in slime and all this with the help of the PS Vita’s touch screen functionality. This doesn’t seem too bad at first but as you level up each of the motivation methods, the positions and places on the girls that you have to interact with become a little unsettling (well it was for me anyway) not to mention the fact that the “Motivation” goes on for longer too and since some of the girls in the game look really young it can be a tad unsettling.

However, the Motivation system does have a plus side since this is how you learn new skills with each of the characters, the skills system is done really well done since it gives you the ability to customise the skills for each girl whenever you want. You have two sets of skills when you level up motivation one S skill and one M skill, depending on which one you choose depends on the skill the character learns, this can also be changed whenever you want to depending on the skills you require for the situation I think this is a really useful feature instead of just locking in skills once you’ve picked them and forcing you to replay the game again if you picked the wrong skills.

The level of S or M that a character has can also have an effect on the choices that appear during a battle and how the characters react when you use Coaching in battles so, some girls might not like what they hear from you whereas other will.

Criminal girls 2 isn’t a bad game, it has it’s merits like good gameplay, a decent skill and battle system and a well done story with some good character development but, like other games of this type it is ruined the overwhelming amount of fan service and  the sketchy side of the “Motivation” system. If you can get past most of abundance of busts and butts then the game is definitely worth a look but, if that’s something you can’t stand or aren’t into because lets face it we all know there are some people out there who like this kinda thing, the stay clear of this game.

People who should play this
– Anyone who doesn’t mind lots of boobs and butt.
– Anyone who isn’t easily offended by risky content.
– Fans of the first game.
– People who like a bit of a challenge and don’t mind a grind.

People who shouldn’t play this game
– People who can be made to feel uncomfortable easily with some risky scenes with quite young looking girls.
– Anyone who can’t stand fan service.
– People you don’t like puzzles in games.
– Anyone who hates repetitive gameplay.