Danganronpa Another Episode: Ultra Despair Girls is a spin-off game for the Danganronpa series, developed by Spike Chunsoft and published by Nippon Ichi Software. Much like the other entries in the Danganronpa series, it is a heavy visual novel – however this time it has some fps elements incorporated into it. Will this title reach the level of greatness people have come to expect from Danganronpa? or will it fall short and be put away for good? Read on to find out. 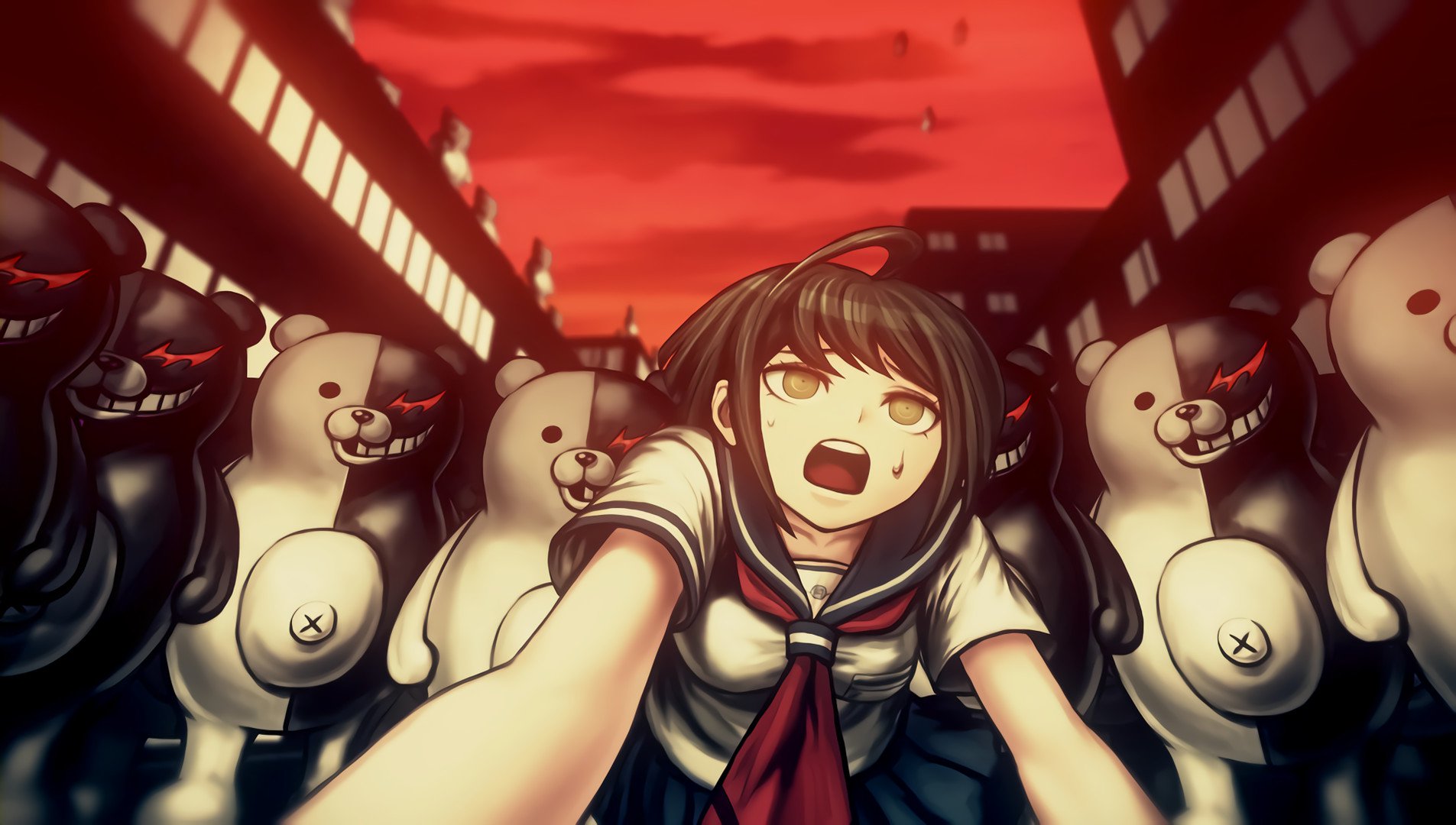 I shan’t go too much into the nitty gritty details of the story for Danganronpa Ultra Despair Girls, as it is a visual novel so would pretty much ruin the game otherwise. However the basic premise is that you are Komaru Naegi, sister of Makoto Naegi, and you have been imprisoned for around a year and half not knowing why or where you are! All of a sudden you are attacked by Monokuma clones (yay). Luckily you are saved and handed a ‘weapon’ to dispense of the Monokumas. You are then informed to go to a location in the town to escape the island. On your way to said location, after fighting of Monokumas, you are captured by a bunch of kids that call themselves the warriors of hope and are labelled a demon before being forced to endure their survival games or lose your life.

Graphically, I find the game to be very mixed on console. The anime cut scenes are absolutely stunning and they really got me hooked, with the clean animations and vibrant colours. However between these and the actual gameplay, the graphics can look like something out of a 3DS game. Personally I felt that these sections could of been an anime style as well, I appreciate the fact it is a port of a PSVita game, but this still felt disappointing to me. Besides, from that everything else in the game visual wise is pleasant to look at and definitely keeps your attention – even if the blood is yet again pink..

I feel the same way about the audio. The tracks and the sounds that are present throughout the game are all crisp and clear. This is the same for the voice acting, my only gripe with the audio is the voice acting of a few particular warriors of hope can be very irritating with the way they speak and what they actually say – to the point where I felt like just muting the sound. This was by no means a deterrent from the game, it just slightly put me off listening to it. 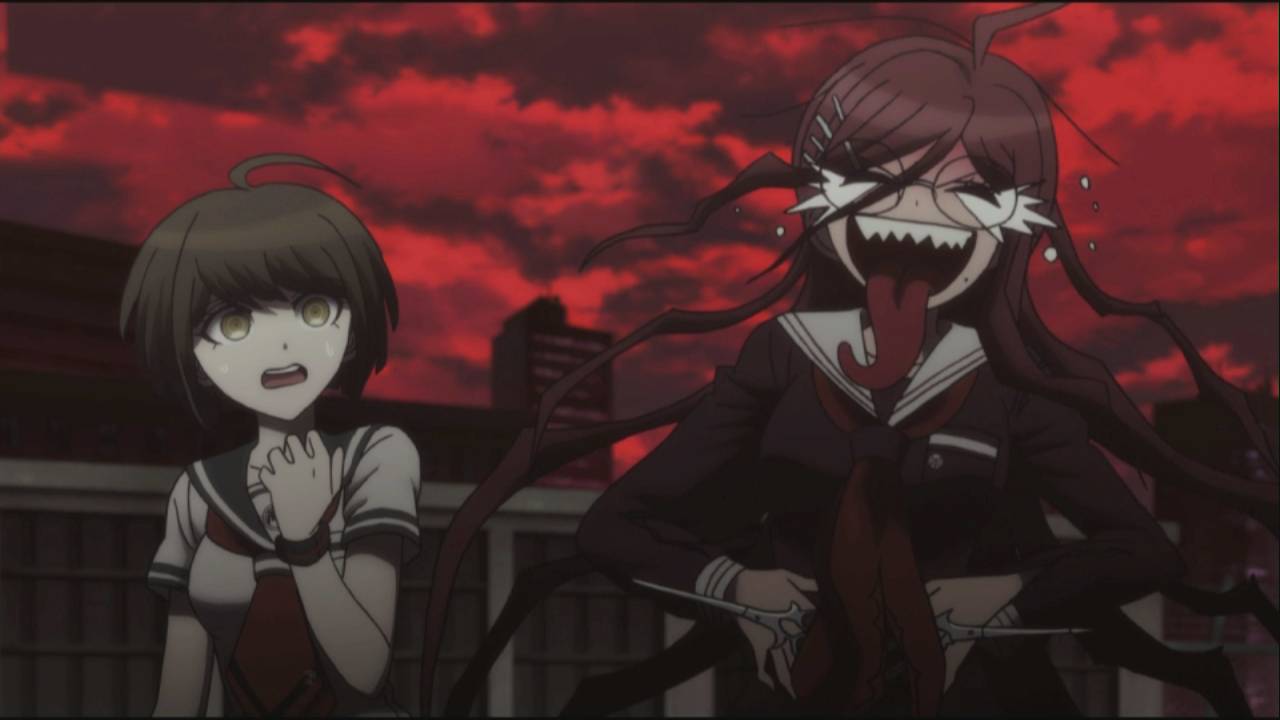 Gameplay is what you’d expect from a visual novel! lacking.. The main jist of the gameplay is you watch a bunch of cut scenes. Then it goes into an almost fps mode where you can explore different areas for skills and & backstory, kill enemies in these areas and navigate through them solving simple puzzles by using a variety of bullets from your ‘weapon’. Personally I found the game play in ultra despair girls to be a bit disappointing. It felt clunky and slow, and as mentioned before, I know this is a PSVita port but regardless the controls still felt off to me. The level based skill system and upgrades do little to help the underwhelming gameplay. It doesn’t have the same charm that Danganronpa Reload has and the fps elements didn’t do it for me.

In summary I know Danganronpa wont be for everyone, but I believe that it’s at least a solid visual novel with regards to story. However, with such weak gameplay the market for this game still remains very niche. If you like Danganronpa or visual novels, then you’ll likely enjoy this game – however, if you haven’t heard of Danganronpa or if you don’t like visual novels then I wouldn’t advise picking this one up.