Dex is a 2D CyberPunk adventure developed by Dreadlocks Ltd and published over here by the team at PQube. Coming off the back of a successful kickstarter is this another Indie delight or a slice of bad Sci-fi cake? 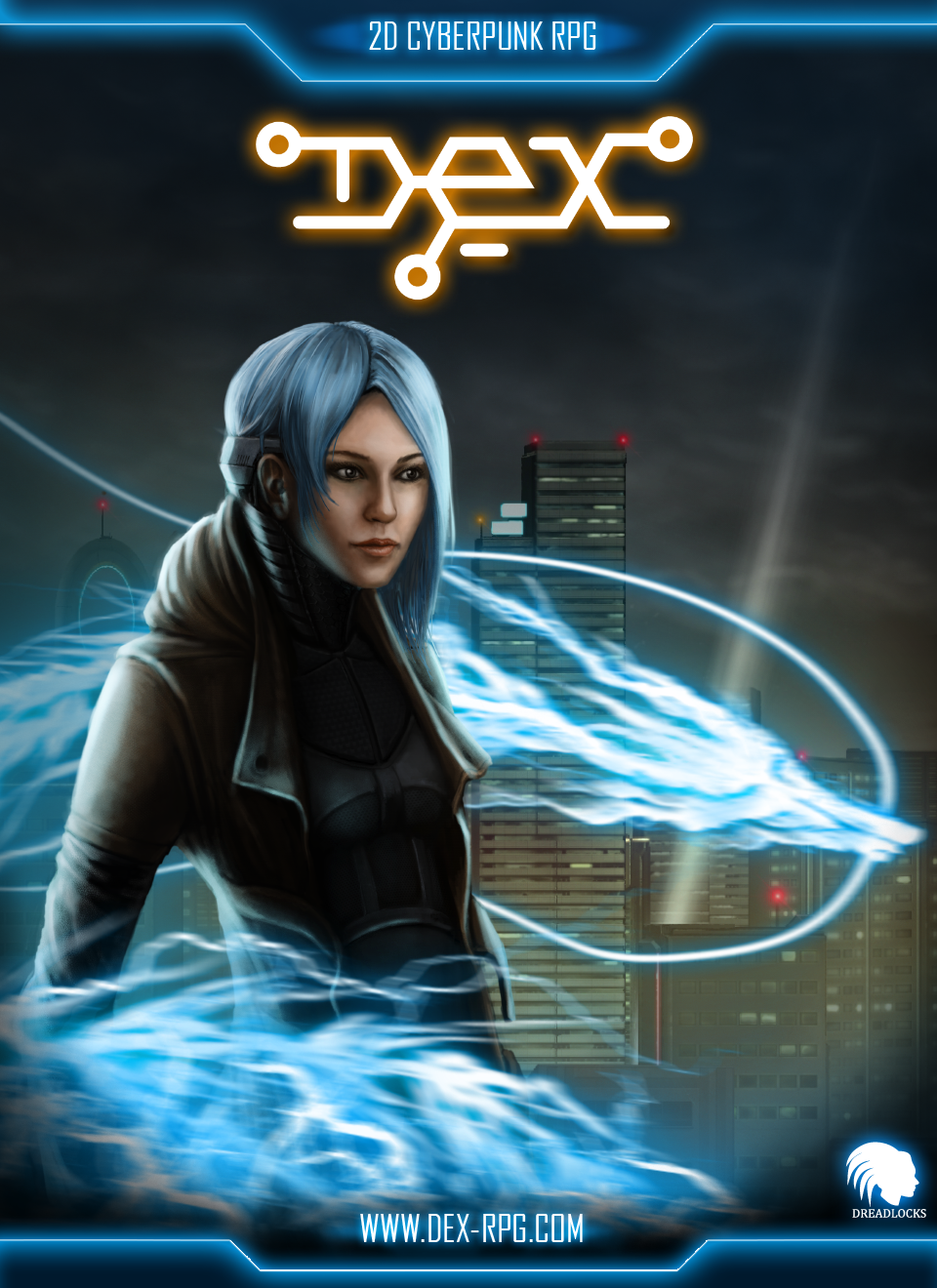 The first thing you’ll notice about DEX when you load it up is just how much style the game oozes, the setting is a vibrant futuristic city, everything has a neon edge to it and yet it somehow manages to look grimy. From the off you can tell that the developers knew exactly what they wanted from the setting, the city streets are full of wonderfully animated NPC characters which makes the city look lived in rather than just a stage for you to perform on. The characters you interact with all have some brilliant visual quirks and the locations all look wonderfully crafted and tell a story long before someone comes along to tell it to you.

The characters models all animate well and once again fit very will in with the setting of the game, featuring odd futuristic clothing, piercings & an array of different hats, helmets and of course gas masks! I’m very much a fan of spritework in games and DEX certainly has some fantastically animated sprites to feast your eyes on. I can’t really knock anything with the game visually as it’s all exactly what I would want from this genre, maybe if you’re not a fan of 2D games this wouldn’t impress at all but on a visual level it’s well crafted and a joy to explore new locations. 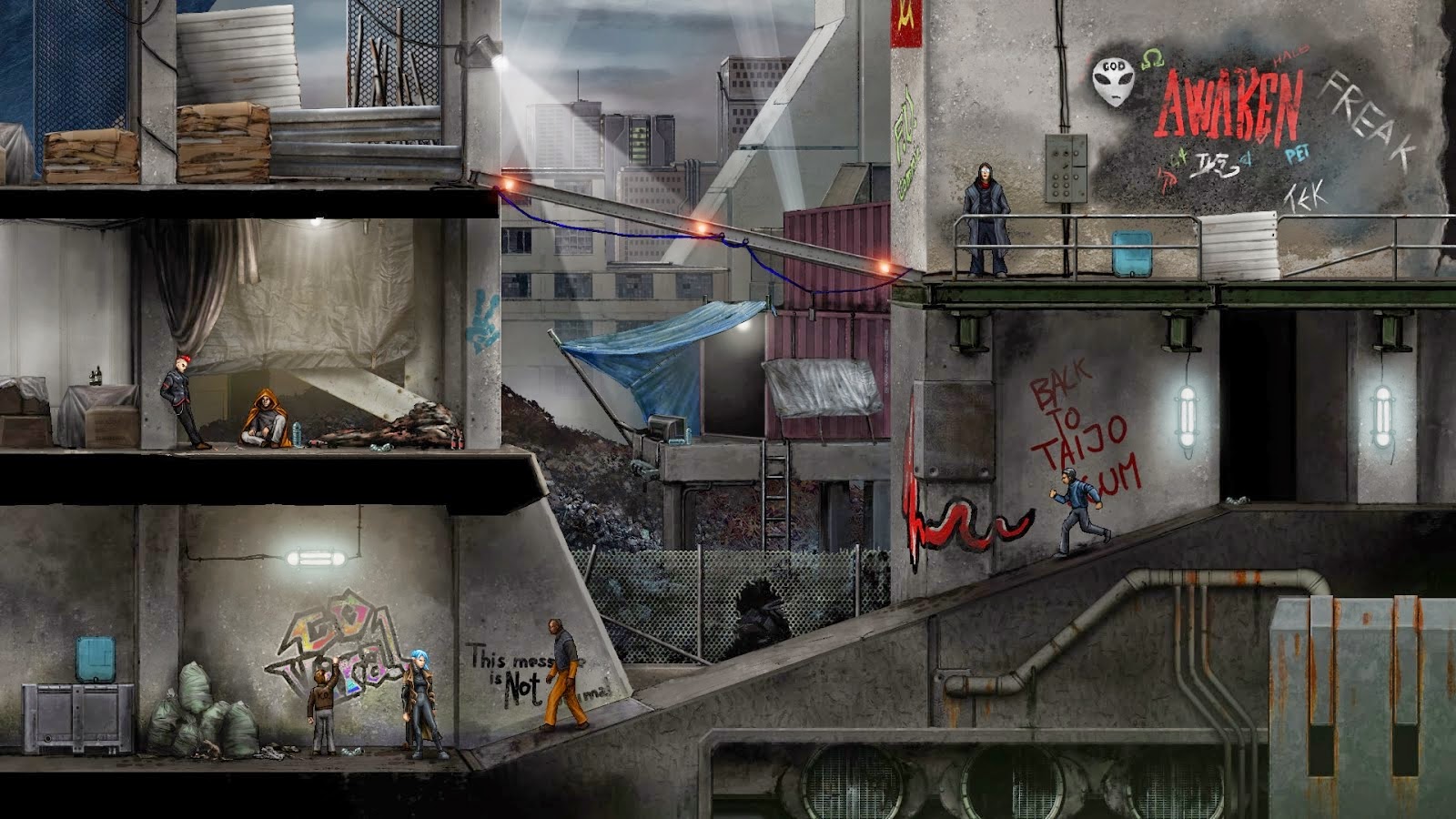 The game features a futuristic sounding soundtrack full of techno with lots of beeping and booping, none of it really left an impression on me after I turned the game off but it certainly helped the tone of the title, if you’ve played or watched anything along the lines of Blade Runner you get the idea. The voice acting was somewhat spotty, when it was good it was really good but when it was bad it was just down right skip fodder, it’s such a shame that despite all the adventure and danger that the main character really doesn’t sound all too bothered about anything really.

The gameplay is a mix between Metroid and Deus Ex, as mentioned previously it’s a 2D game and the exploration is in the vein of Metroid involving exploring new areas with new abilities and lots of platforming. The Deus Ex comes in with the setting and the fact it employs quite a few RPG systems including levelling up, loot and side quests. The exploration controls are fine for the most part though for some reason the movement is stuck with the analogue sticks which I find don’t really hold up well with required precision needed for 2D platforming.

Menu navigation can take a while to get used to but isn’t overly confusing, neither is stat distribution. Equipping items can be a little finicky as can using them but you’ll soon come to terms with it within the opening hour. Combat is the real stickler with the game and as such it’s a major downfall, no matter how levelled up you are and what you bring to battle it never once feels fun or intuitive and became such a pain that I opted for stealth at every given opportunity I was given so I could avoid it. 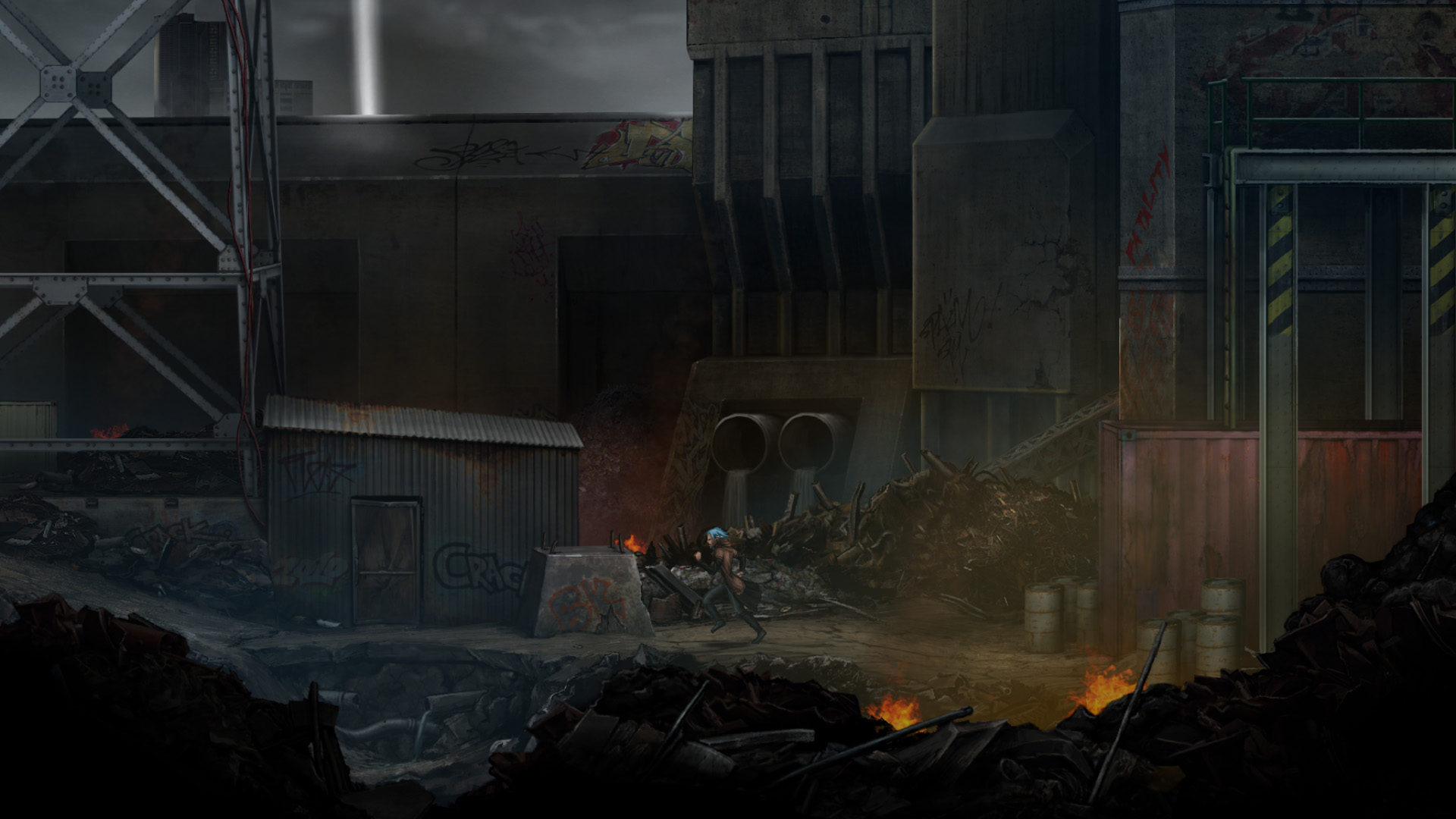 Combat usually involves you hammering the attack button and awkwardly blocking or rolling away from non responsive enemies, over and over and over again. You can unlock more moves such as sweeps and throws but nothing really seems to work right and leaves the combat feeling disjointed, melee weapons work in the same way but using them can help the battles pass quicker. Guns are here too but they come with a totally new set of problems, mainly trying to aim them which is a battle on their own, they are devastating when you get the ammo and eventually crack the aiming (which I hear is possible but honestly it escaped me) but overall nothing in the combat sections resembled anything enjoyable.

The stealth in the game works a little better, keep out of sight, watch enemy patterns then strike, just make sure it’s not an android otherwise you’ll be left dumbfounded. It’s quite bare at the start but upgrades will help that along, it never reaches the lofty heights of Invisible Inc but it’s a much better alternative to fighting everything in the game.

You level up in the game by taking enemies down, finding collectables or solving quests, the main quests in the game are few and far between meaning you need to be hitting the side stories which for the most part are actually worth doing in order to progress further and immerse yourself into the world. The only issue is you can over grind by loads and make the final sections of the game an utter cake walk.

Hacking is another part of the game which is fun for a while but soon loses it’s allure, done in the style of a Geometry Wars style shooter, the higher security the more enemies you’ll have to battle off while you break down firewalls to gain the edge on your enemies or access the next area. Once again upgrades can smooth this along and towards end game you’re more than just one with the Matrix so to speak. 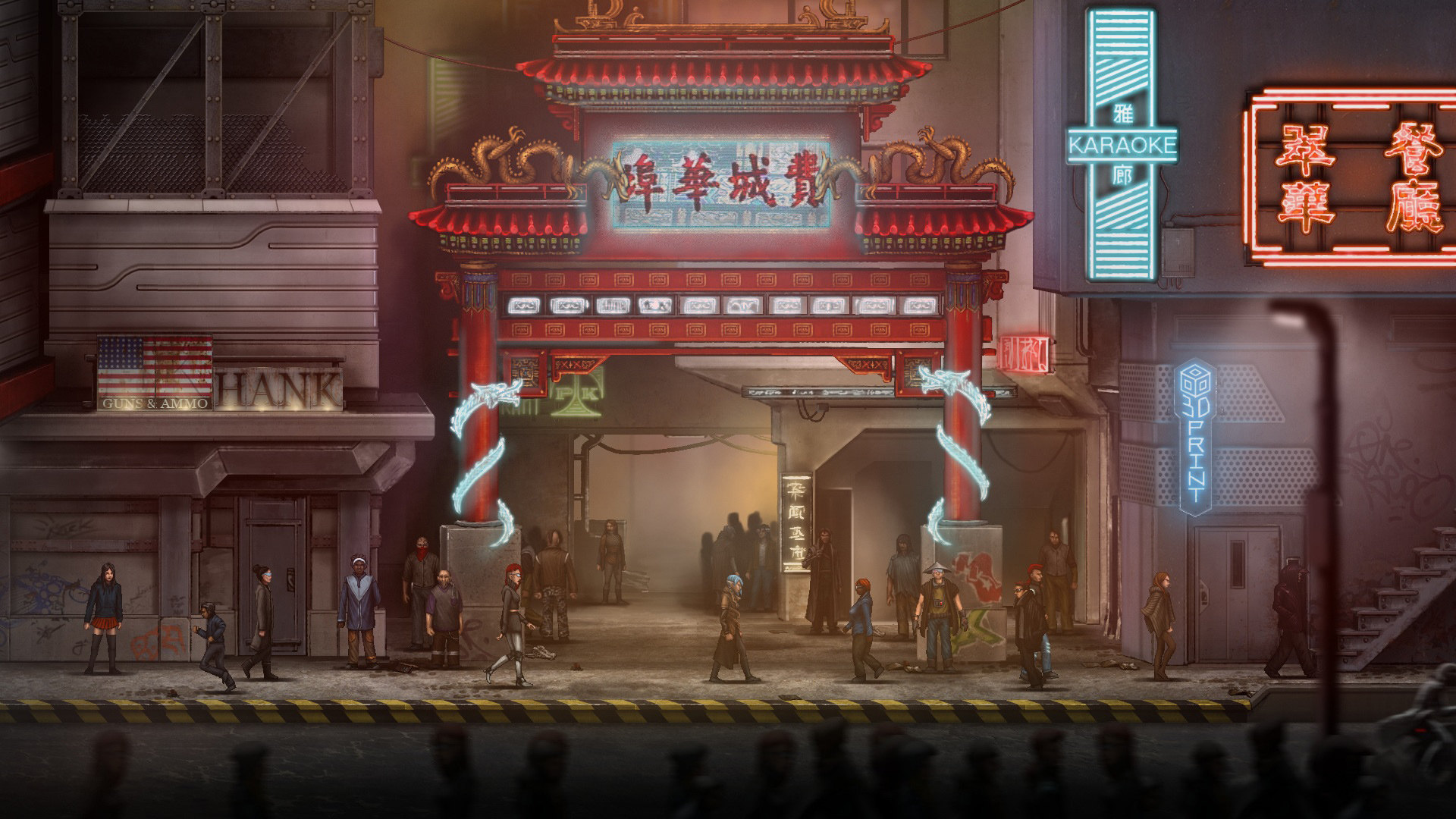 The main story is gripping but one too many convoluted plot points and out of nowhere twists causes it to derail somewhat which is a shame but seems to be quite synonymous with the genre as of late. As mentioned earlier some of the side quests are well written and it’s worth looking through the items you pick up during the game to read the descriptions. The game will run you around 20/25 hours on your first run permitting you hit the side quests and explore every area looking for goodies.

DEX is a confusing beast of a game, visually it’s a treat and it has everything in place to make such an underrated sleeper hit, it’s just a crying shame that the combat feels so off that it sours the enjoyment of the total package. The story while good is easily lost and the stealth is serviceable but has been done much better elsewhere, the whole game reeks of “Close but no Cigar”, I really wanted to love this title but the combat and pacing issues really held it back.