News
Dangen Entertainment has announced a release for Momodora Reverie Under the Moonlight. First launched for PC back in March 2016, followed by PlayStation 4 & Xbox One a
Read More 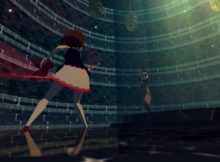 News
Bombservice has announced work has begun on Momodara V. The latest entry in the Momodara series will be built using Unity 3D and will shift from being a
Read More

Review
9/10
Developed by Bombservice and published by Playism. Momodora: Reverie Under the Moonlight is the fourth installment of the Momodora series which started back in 2010. Out on PS4,
Read More