In my last article I had combed the web looking for all those neat hidden gems that were shown off over E3, while there were some stunning games announced and for some people some real megatons I know some of us came off feeling a little cold after E3 not basking in the warmth of the AAA heatwave. I asked our team to all pick 1 game from E3 that they are most excited about and why, read on below to find out just what we are waiting for and just how much I’ve had to reign in Jay’s enthusiasm again!.

Now just a little bit of history here; I love fighting games but honestly I only really play 2D fighting games ala Street Fighter, KoF, Guilty Gear.  You get the idea.  Now I have played Tekken lots before but never really gotten excited or purchased any kind Tekken on Day 1. First off, Akuma being there in Tekken 7 had my interest but then the trailer Bandai Namco brought out with the excellent CG Cutscene which smoothly swung into gameplay (also noticed a QTE section) the stunning visuals of the game and the fact it really seems to be putting all out in terms of story (if you aren’t familiar with it, involves family feuds and lots of fights on Volcano’s)  and roster meant this game shot right up into my Must Have list, it also helped the game went free on X Box Live and has given me the perfect hype builder as I diligently train myself to be the King of Iron First in TTT2 ready to climb that mountain in Tekken 7.

Now here is a title I genuinely am excited for. As a huge fan of the Mafia games for many years it was great to see 2K show off a 20 minute gameplay video showing various things about the game. Although seemingly not graphically looking quite as good as series fans would expect and seemly taking some odd inspirations from other titles I am certain that Mafia 3 will manage to do the series and its fan proud with its gritty look at the underworld during the swinging 60’s.

Even as Vs XIII I was stoked for this game, even if just as a break from the monotony of playing as Lightning (again). As time slowly moved forward (very slowly in this case) and the game evolved in Final Fantasy XV, it was clear that this was going back to the very roots of the FF series in more ways than one. A) Like the original Final Fantasy, Square’s future as a developer rather than a publisher probably rests on this game being received well by the series’ fans as much if not more so. And B) It seems like the most radical reinvention of the game since IX reverted back to being sprite driven rather than going for the more realistic style of VII (for it’s time) and VIII. So far, there’s nothing I see that I haven’t liked and with each new reveal I become more excited. Having played the two released demos to death I like the mechanics, I like that all the series tropes seem to be present and I like what I know of the story and the setting. Giving that Square are also investing on building a microcosm for the game to like in with tired in mobile games, an anime and a feature length film I’m sure Square realise the importance of this game too. Vs. XIII is dead. Long live XV. 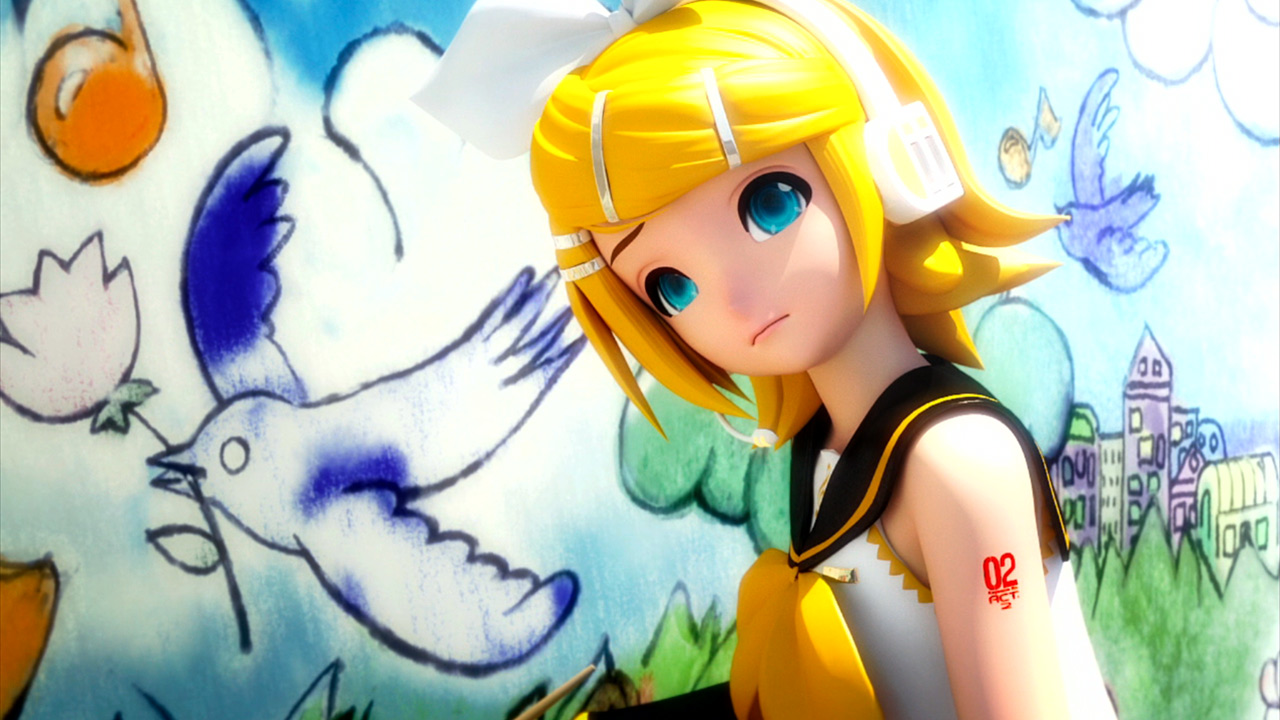 To be honest I missed E3. The lash of the overseers whip last week meant I was too busy working, but I have managed to catch up with most of the announcements these past few days at least. I’m quite looking forward to VR, so the wealth of games shown for PC & Ps4 has me interested. There was a few surprises regarding VR, something like Arkham VR wasn’t really a title I expected to be announced (Should be interesting to see how that one pans out) and now I’m just waiting to see how the launch lineup is looking for the release of Playstation VR in October. One game in particular stood out for me amongst the other VR titles announced, Hatsune Miku VR: Future Live. Not too much info was given out regarding how its going to turn out, sounding more like a live event experience than a game like the rest of the series and it only has a Japanese release on October 21st so far, but I’m still intrigued. Well, if Kagamine Rin features anyway. When it comes to Vocaloid, no Rin no buy!

Last year my Vita became my primary gaming platform and in that time I enjoyed many great and exiting games including Akiba’s Trip and persona 4. The reason I mention this is because of the announcement of Akiba’s Beat at E3 after seeing some of the footage it is one of my most highly anticipated titles giving me a vibe of the two titles I mentioned previously. Akiba’s Beat sees you running around Akihabara and saving the day and investigating strange occurrences all while engaging in action RPG battles this instantly just screams out to be a title I will be investing a lot of time in.

I have been in love with this game since the first time I saw it.  A world set in an apocalyptic future filled with robot dinosaurs that are being hunted by what are pretty much cave men (and women)!  Prior to E3 only a few snippets of information have been released but last week we had our first good look at the actual gameplay and wow, what a treat it was.  For me it feels like a very grown up Zelda game and I adore that series for the exciting stories that you always feel part of and I feel that Horizon Zero Dawn captures this.  As I struggle through my current back log with the promise that I will not buy a game for full price on launch, Horizon Zero Dawn is going to be one of the exceptions (along with No Man’s Sky, of course)

I’m mostly looking forward to this because of the PT vibe it has, there’s been a few people complaining about that, but I think it’s a good thing. PT actually went for the creepy feel, and Resident Evil 7 seems to be that way too. This time it’s about ghosts rather than zombies, which is another thing people are complaining about, but I think it’s nice to see it change the pace a little. Capcom have been doing the zombie thing for around 20 years now, so you can’t really blame them for wanting to try something new, plus the way the horror genre is shifting right now reminds me of what it almost became back in the PS2 days with games like Haunting Ground, Clock Tower 3 and Project Zero/Fatal Frame, where atmosphere came first, which is how I feel a survival horror game should be. Throw in that it’s going to be a VR title too and it’s safe to say this game is going to be one big advertisement for underwear. The way a horror game should be.

I love the Persona series and I really enjoy the Fire Emblem series, the fact that Tokyo Mirage Session #FE combines the elements of two of my favourite game series into one game makes it even more appealing to me. Considering a lot of people who see singing girls dancing in questionable outfits while wielding magical powers in a game don’t bother to give it a second look, I think that is one of the things about this game that caught my eye in the first place but, the main reason I am looking forward to this is because I really enjoy the way ATLUS tells a story also, they actually make you care about each individual character as well as all the choices during the game and through all the Shin Megami Tensei games I have played ATLUS have always been able to keep me wanting to play more and more with all the twists and turns throughout the games story the interesting and unique characters and Tokyo Mirage Session doesn’t seem to deviate from that same storytelling I love so much. All that coupled together with the great game play of the Persona series and designs in the art style of the Fire Emblem series, Tokyo Mirage Session #FE looks to me like it’ll has all the right traits of an amazing RPG.

So that is the list of our most anticipated E3 Titles, as usual we will try to bring you the most up to date news, screenshots & videos and the most honest reviews of games you’ll find on the internet. It’s been an interesting E3 and with Tokyo Game Show just a few small months away it’s looks like us at Otaku Gamers Uk will have plenty to write about!