After what seems like a lifetime since the initial release of Dead or Alive 5 and the outstanding support and DLC content for the game. Now it’s the time to step back into the Dead or Alive tournament for the next slice of fan service, ninja conspiracy brawling. Is 6 the next big fighter, read on to find out!.

Dead or Alive 6 may be one of the more controversial titles around at the moment, it caused quite a stir at EVO Japan 2019 and it’s often spoken about with hushed tones due to it focuses on it’s various “Assets”. What I have always found personally endearing about the Dead Or Alive series is just how fast the games are and how much I enjoy the core combat of the series.

Dead or Alive 6 maintains it’s a sense of speed and has honestly never looked or felt better, Dead or Alive has always been a technical marvel and seeing the graphics in this title moving at 60 fps really hits the fact home that DOA is one of, if not the best looking titles around. One of the new techniques I’ll touch on soon ends with a close up of the recipients face while taking a move and the facial animations have never looked better!.

In terms of content, Dead or Alive 6 really doesn’t disappoint in terms of quantity, unfortunately, quality isn’t assured across the board. The game contains the usual online modes such as Ranked and Casual (Casual Lobbies are available as the Day 1 launch patch so I haven’t had the chance to try it), Story, Arcade, Training, DOA Quest, Library and Wardrobe. 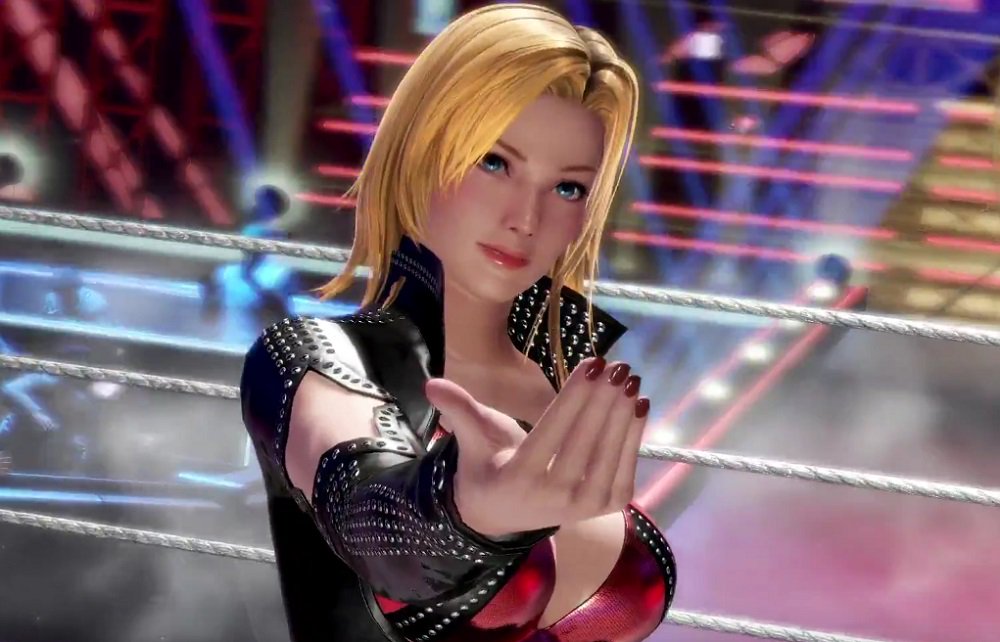 The arcade mode is your standard 10 fights, you can choose a difficulty beforehand and work your way through that, earning fighter points and coins which allows you to unlock more costumes within the wardrobe mode, Survival and Time Attack also make an appearance which is self-explanatory. Training and Library are self explanatory, training is where you hit the lab, learn combos and essentially train before you take yourself online, Library is where you get a good dose of DOA Lore which helps build the story but for anyone unfamiliar with DOA lore, it’s a little goofy and can come off a little hammy.

The story mode is honestly the weakest part of the package, initially it looks quite substantial with the various chapters for each of the characters & the timeline to follow, unfortunately, it doesn’t take long before the cracks start to show. The voice acting in the english dub is painful, I don’t know if it’s intentional B-Movie style vibe but the accents of the characters honestly made me laugh quite hard at points. The narrative also seems to go off on several tangents which don’t quite tie up by the end and after the final battle, I was left feeling rather empty with the ending. It lasted around 2 to 3 hours and wasn’t an entire mess but it doesn’t do wonders for shifting the old saying “Fighting games don’t have good stories”.

DOA Quest is my favourite offline feature of the game, it’s essentially a mission mode for the game and teaches you different ways to play the game in order to earn each of the three stars for the mission, this unlocks more content for the wardrobe mode, more fighter EXP and coins and generally gives you more hands on time with each of the characters. The better you do in these missions unlocks even more missions and you can easily blow a good few hours knocking these missions out trying to unlock everything. Sounds rather simple but its execution is fantastic and is somewhere you’ll be spending most of your offline time when not in the training mode. 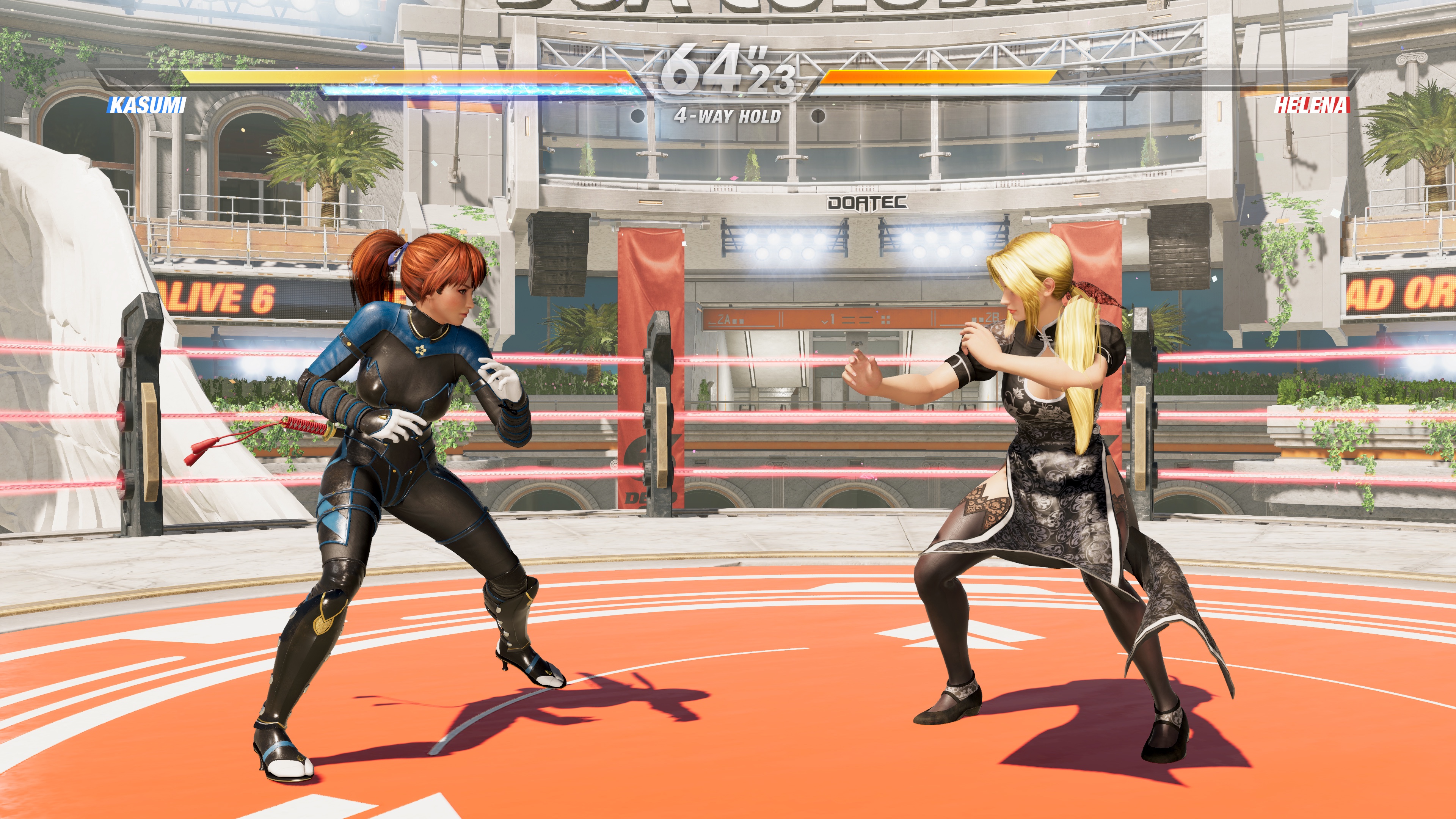 So the game has a good collection of modes but how does it actually play? Well, Dead or Alive 6 plays like a dream!. All the fast paced combat of the originals is still there, characters have had movesets tweaked and everything seems to have been given a much faster pace than ever before. Grappler characters are able to twist opponents up from various stances and the quicker combo characters dodge and weave around with such a unique spectacle, it’s a joy to play and an utter joy to watch.

The hold system that Dead or Alive is known for is back and this time they have brought along a new system called the Break System. This is shown via a bar underneath your health, this bar can be rushed for offensive moves such as the Fatal Rush which is sort of an auto combo which leads into the close up special move, just the special move with improved damage or defensively to block the special move, a more powerful hold or maneuver around your opponent mid move. This system brings a whole new dimension in how you take on each battle and is well worth spending sometime with before you take yourself online.

The roster consists of all the main characters of the series that you would expect, newcomers Diago and NiCO are here to shake things up too, Diago being a tough as nails street fighter and NiCO a scientist with electric powerups. The stages all look fantastic and of course, the Danger Zones are back and some crazier than ever involving dinosaurs and even a Kraken!.

Dead or Alive 6 is another stellar entry into the series and despite some of the worry that the series was being toned down for streaming and audience satisfaction it still manages to hit every high set by the series so far. The “costumes” are still available with a little unlocking and the core content remains in a league of its own, Team Ninja have managed to meet a healthy middle ground here for those who want the game in tournaments and those who just enjoy it at home. Dead or Alive 6 is a joy to play and a joy to watch, it has a load of content and despite a rather cringe worthy story the game should be played by anyone who is invested in fighting games or ever wanted to venture from the 2D fighter realm to the 3D realm. Now it’s back to DOA Quest for me, I’ll see you online soon!.