Sega Mega Drive Classics is the latest retrospective collection for Sega’s 16bit beast the Mega Drive (Genesis to some), featuring 50 games and some extras, is it worth adding this to your collection or just one you should leave buried? Read on to find out.

So the Sega Mega Drive, some may say it was the greatest console ever released, it’s a firm favourite between the two founding members of this site (one being me), some series around today even started in this gen.

Sega Mega Drive Classics contains 50 games set across various years and genres of the Mega Drive’s life, you have platformers, to brawlers to even RPG’s, there should be at least a few titles in this collection to appeal to everyone which is fantastic.

In terms of extras there has been quite a bit of work done to flesh out this package, many emulation options to make it look closer to running on a CRT,  save states and some of the titles even have region change, meaning you play Alien Solider in it’s full glory or the more balanced version of Streets of Rage 3. 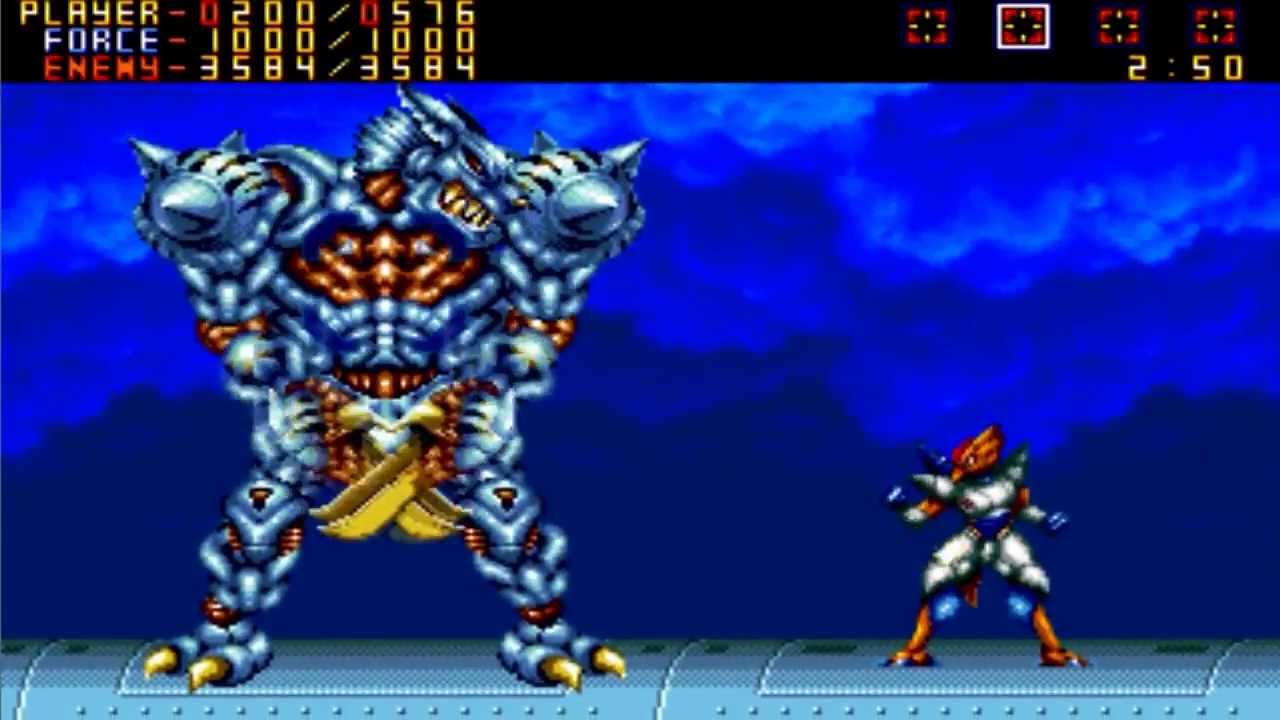 There is also the “Challenge Mode” in Sega Mega Drive Collection, this mode asks you to complete various tasks such as “Complete Level 1-2 of Shadow Dancer with the dog in Puppy Mode”, it’s a fun slice of bite sized challenge and will challenge even the most die hard Sega head.

Another bonus feature of the Sega Mega Drive Collection is online multiplayer. A selection of games are playable online with other people who own the game, this means you can finally run through Gunstar Heroes with your friend list and show off that sweet action!. I tried a few of the games and some worked better than others, Gunstar Heroes ran well but Altered Beast seem to chug along, hopefully this is just teething problems as this is a huge selling point!.

The game initially launches you into one of the best title sequences I have seen in ages, certainly not one to skip. After this you’re presented with the rather groovy “Virtual Front Room”, it’s a nice little feature rather than just presenting it as a bland list, plus there is a Comix Zone poster on the wall, OOOOH YEAH!.

So the front end and the extras of the package are all really appealing and add value but what about the game list?. Well if I’m honest it’s a little hit and miss but the hits really do outweigh the misses, here is the list of titles with a little comment from myself about the quality of them.

Alex Kidd is a title synonymous with the Master System & Mega Drive, Sega’s answer to Mario. Enchanted Kingdom is honestly a little bleh compared to other titles in the series with floaty controls and insane difficulty.

Vintage Treasure. It’s an action game/bullethell/boss rush, hard as nails but has some of the best graphics on the system and addictive “One more go” Gameplay. Would suggest trying the Japanese version for the faster framerate! MUST PLAY.

Scrolling Beat-Em-Up with a Sci-Fi alien blasting theme, cool bonus game involving Supermarket destruction and easily as playable as the other Scrollers in this collection.

Also known as Story of Thor, interesting little Zelda clone by our boys in Blue, some outstanding graphics and easily worth sitting down with!.

Scrolling shoot em up with insects, features 4 ships to choose from giving it decent replayability but the art style makes the game feel a little off.

Classic Heist em up action, one of my favourite games on the Master System with a nice shinier coat. Rather unique title and one I suggest everyone tries, especially with a friend.

It’s basically Sega’s Tetris with an Egyptian theme and a horrid ear worm of a theme song.

As the above but features a competitive story mode, the first enemy is a dubious looking spider.

One of my favourite titles, it’s a scrolling beat em up, set in a comic, difficulty turned to 10 with more charm than the Bee in Chaotix. Really punishing until you learn the game and not too long but one you’ll pick up time and time again

Bizarre top down shooter which makes you play in the smallest screen possible, low tier and not one I’ll be rushing to play

Treasure strike back with a boss rush/platformer in which your abilities come as Head Swaps. Ooozes charm and still looks and plays fantastic. Get ready for Dynamite Headdy!

Fun scrolling shooter which loves to take lives from you and make you pull your hair out. Worth a look at this Contra style game but wasn’t one I had to jump on straight away

An interesting roguelite, rpglite quirky Sega adventure title, the more gold you get the better funeral you have!. Sega Souls!!!!.

Addictive little time hopping top down shooter. One I keep meaning to spend more time with but certainly worth a look

Sega’s answer to Star Fox, another tough title but if you like on the rail shooters this one is top tier

Scrolling beat em up legend, for fans of Conan the Barbarian, magic and dragons. Legendary status

Console exclusive follow on, another fantastic game but not quite the same league as 1.

The weakest of the bunch, ambitious but comes off as a cheap soul less title.

More Treasure goodness, one of the best titles on the compilation and a must play with friends!. Various different weapons make each play feel different and the graphics are no slouch.

Never ending platform game, similar to Dynamite Headdy only with less charm, never really been a fan of this game as it get so repetitive.

Fantastic action RPG that’s often forgotten about, has an amazing sequel on the Dreamcast called Timestalker

Clunky, slow, isometric RPG, played a bit for curiosity sake but nothing really jumped out at me with this one.

Sega’s Final Fantasy killer, fantastic game and still well worth getting your RPG head into.

Ambitious title featuring generations of your family as protagonists. Not as polished as 2 and not nearly as good

Best in the series, best visuals & story, if you have to play only one of these Phantasy Star games, make it this one

A title I had never played before, fell in love with it straight away. Very close to the original arcade Shinobi, you have an attack dog and hostages to secure. Give this one the once over.

The best, most action packed and fluid action platformer featuring a Ninja, easily the best Shinobi title on the system.

Slightly better than 3D but putting Sonic in a pinball game isn’t the best way to show his speed!

On the rails shooter, personally my favourite on the console but has a rather harsh graphical style.

Much like Golden Axe, you should know Streets of Rage. Sega’s Final Fight and a legendary title

Double the game in every aspect compared to the orignal. MUST PLAY

Overly tough and kind of lacking 3rd entry, worth playing the Japanese version but you could also just play 2 again instead.

Classic helecopter action, never really enjoyed this one as much as Afterburner.

Fantastic RPG that just looks and feels rough as nails.

Side scrolling platformer featuring the rad dudes. Not quite as fun as the original

A horrid 2D watered down version of a legendary 3D fighter.

So as you can see from the list there are a lot of quality games there, some legendary RPG titles to pick at & some fantastic pick up and play games, multiplayer games to enjoy with friends and even some great competitive stuff…….and Virtua Fighter 2. 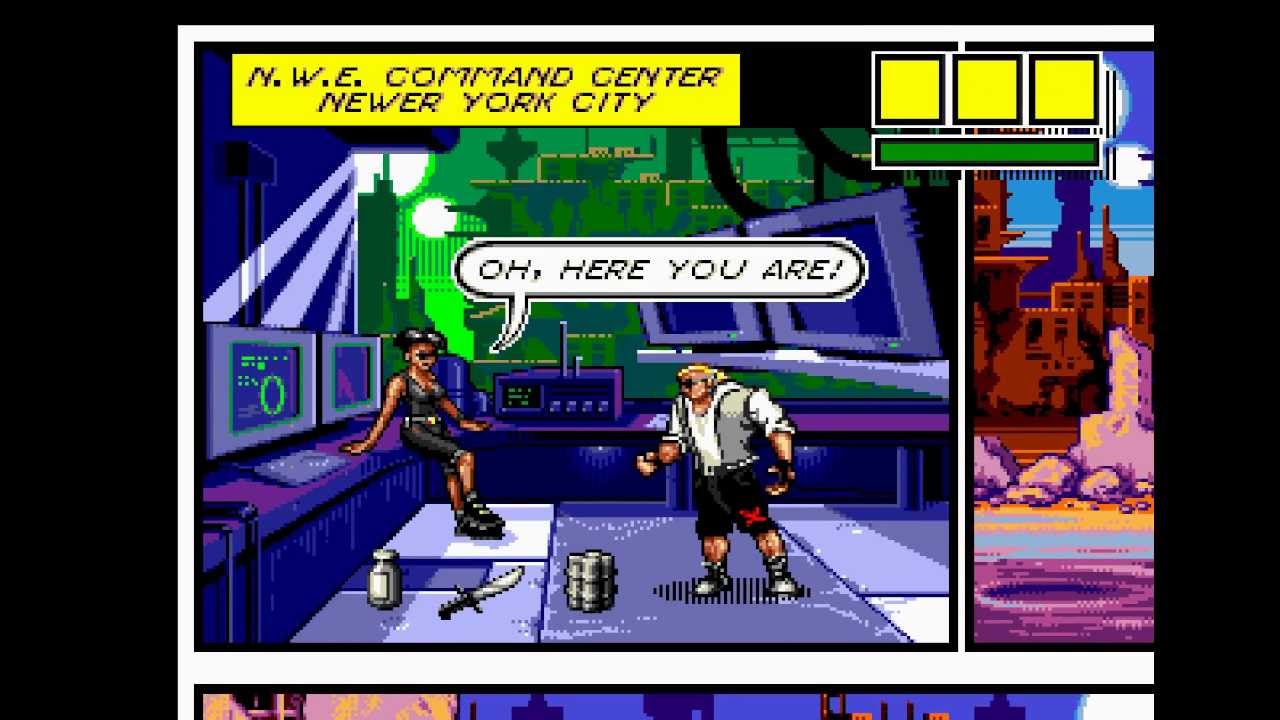 Overall for the asking price & being a massive Sega fan boy, this title is a must buy. There are some strange omissions such as Ecco, Sonic 3 & Knuckles, Afterburner, Outrun, Super Hang On & Fantasy Zone but overall the general quality of the title is pretty high.

It’s going to be a much harder sell to the newer crowd, but if you loved the boys in blue back in the Mega Drive days you owe it to your younger self to pick this title up.