Imagine dying and waking up the next day like nothing has happened.  Sounds to good to be true – well in the case of John Yesterday it is.  Following a ritual being carried out wrong, he is cursed to forget everything each time he dies and his goal is re create the ritual to stop this for ever happening again.

Yesterday Origins is heavily influenced by adventure games of the 90s and any adventure movie that involves the finding of an item or mystery (Da Vinci Code & National Treasure).  You follow John Yesterday & Pauline Petit, who are both immortals that own an antiques shop in Paris.  The story is told around the world and also through time.  By interacting with certain objects you will be taken back into the past to discover how you came upon your immortal powers.  As mentioned, the biggest problem with John’s immortal powers is that every time he dies he forgets everything including who he is!  This is a problem that stems from the origins of his powers and this tale you play will see you carrying out the immortal ritual correctly.  You can access certain memories by interacting with items but these are just flashes on information that just create more questions than they answered.  As with every adventure story, there is always some one who wants the secrets for themselves. 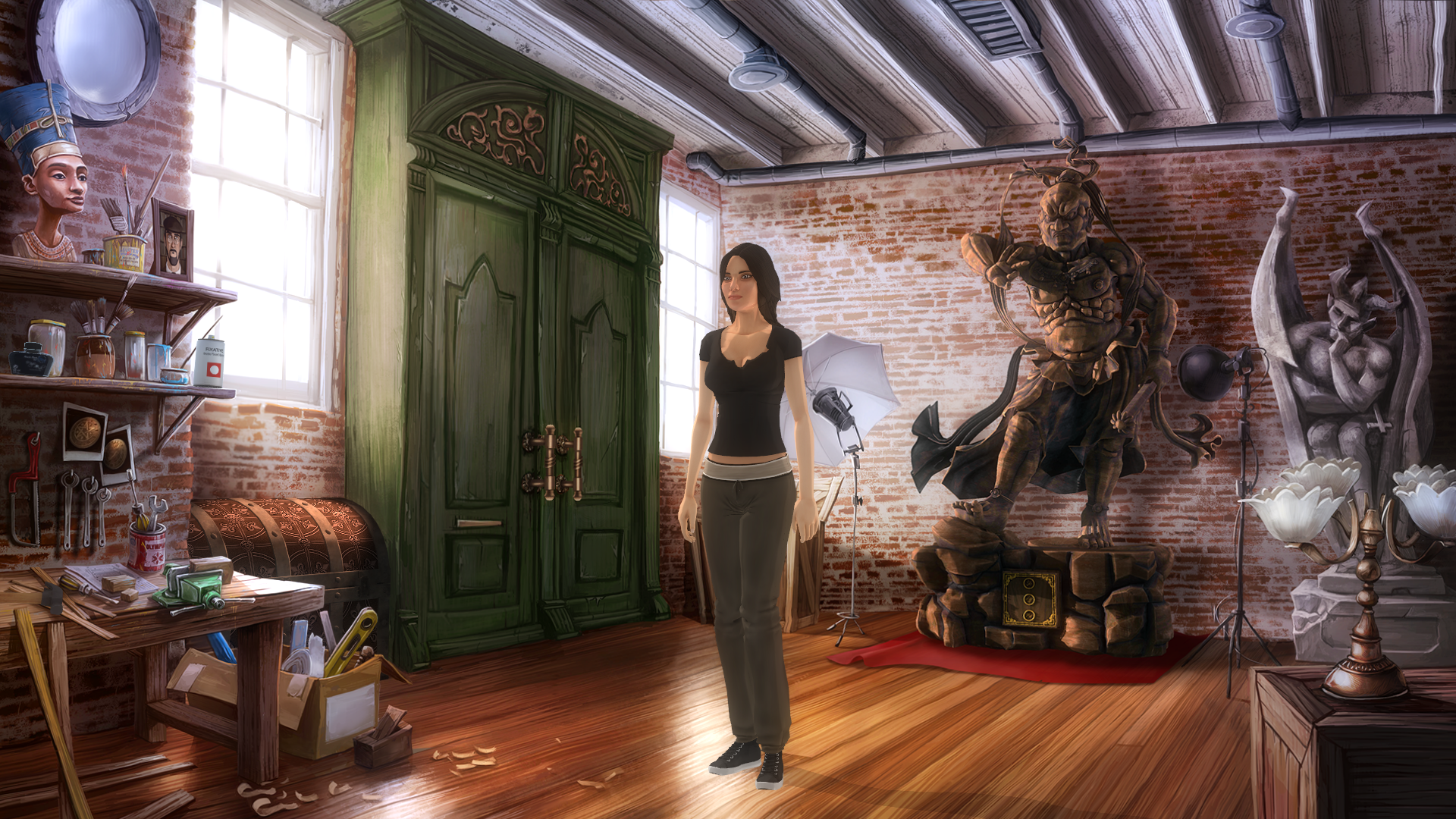 The game play of Yesterday Origin is just like an adventure game from the 90’s in pretty much every way.  You move around each scene interacting with ever object to see if it can be used or picked up.  Puzzles are the key game play elements here and are the key to moving each scene on.  I will say that some of the puzzles were quite difficult as I felt that some did not make sense.  There were a few times I questioned the logic behind my actions.  The majority of the difficulty came from some solutions not being obvious and that I did not explore everything.

One thing about point and click games is that interacting with the world can be difficult as there were so many different actions to perform such as pick up, open, talk too etc.  With Yesterday Origins this is different and a lot more simple.  You interact with objects in the world and if you can pick them up they will be added to your inventory across the bottom of the screen.  If you discover some information that can be used later on, that too will be added to your inventory.  When exploring an object you can move around them meaning that there may be more than one interaction point available.  This caught me out a few times and left me scratching my head for a solution.  When interacting with people you will have two options – to explore or talk.  Exploring is just like interacting with objects.  You get to move around the person and select any points of interest.  If it is important it will be added to your inventory.  Talking is just talking.  You have a selection of options to use when talking to a person and again, important information is saved for later use.

I like how the using of objects for the puzzles is implemented in the game.  You first select an object or person and then use an item from you inventory against it.  Once the item has been stacked against the original object or person, a prompt will appear explaining why you are doing it and what you believe the outcome will be.  If multiple objects are required, you will be prompted with hints on what should be placed next.  For example, during Chapter 2 you need to prove that a character is a thief.  This is achieved by placing an item upon the person, to find the missing items as you know they could be the thief.  The person is the original object, with the first item, the missing items and the knowledge of the person being a thief being the additional objects from your inventory.  This is where I struggled at first as I am use to combining object before presenting them to the final puzzle.  Here you do it in sequence and you can see the logic behind it.

The visuals of Yesterday Origins blend together drawn backgrounds with 3D models.  It looks good but I did find a few controller issues when trying to make fine movements.  Another issue I faced was when there are multiple items on the screen to select.  You can move between them with the analogue stick but it does feel slightly sticky and I have found myself selecting the wrong item.  On top of this you cannot cancel a command once you have chosen one.  There was many time when I choose to leave a scene by mistake and had to sit through the whole animation.  On other time the character you control will either not respond to inputs or not even show up.

The soundtrack is easy to listen to and does not make a huge impact on the game other than you will not be sitting in silence.  The voice acting on the other hand is questionable.  Some of the voices suite the characters but some are just a joke.  What does not help the situation of the bad voices is that they are not blended well into the game.  They really stand out and still sound like the raw recording from a studio. 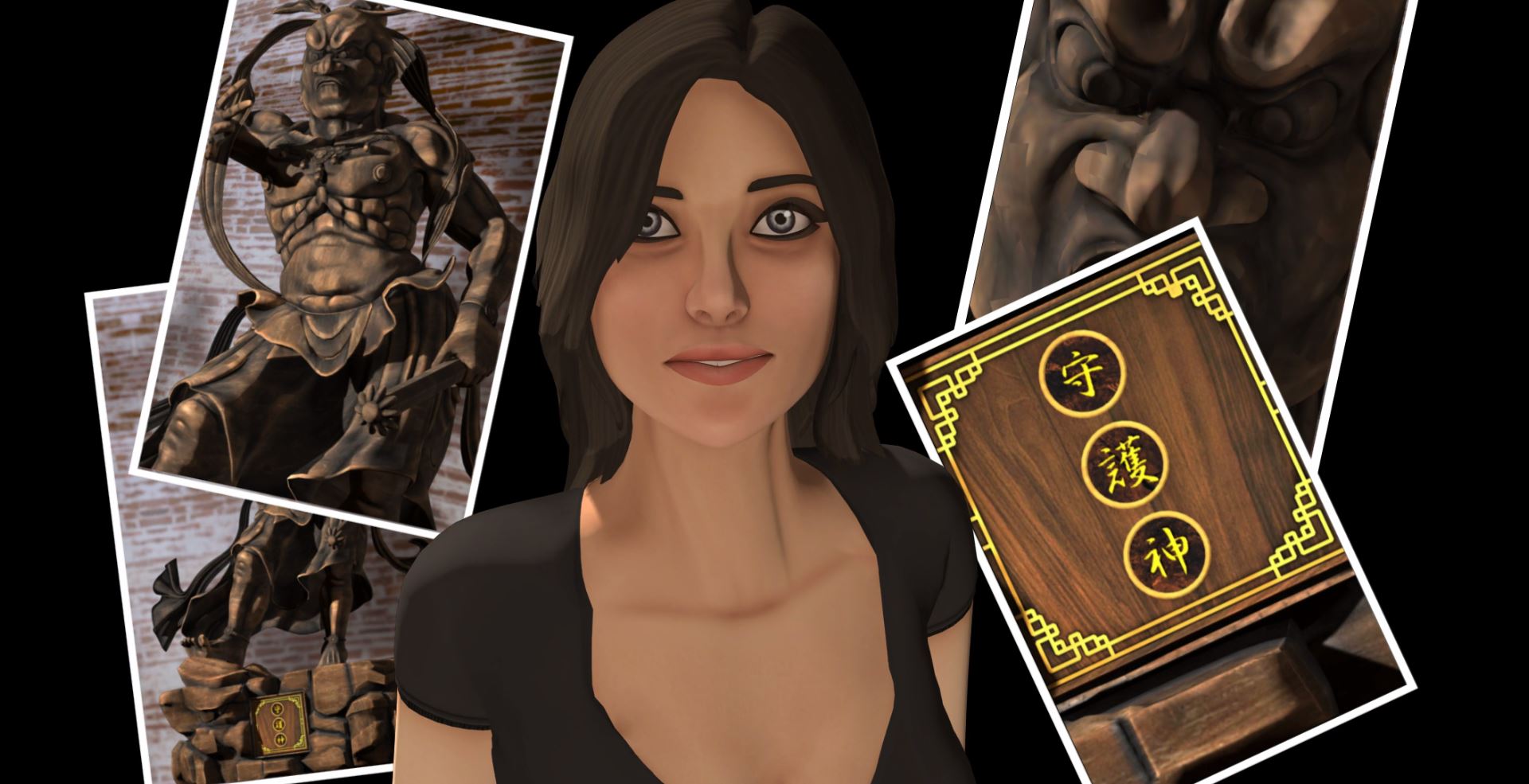 Yesterday Origin is a unique story that keeps the mystery fresh as you journey to your past to discover hidden secrets to your origin.  For any fans of adventure stories where you are always trying to guess what is going to happen next, this is a perfect game to play one weekend as it will only take about 6 hours to complete.  It is short but packed full of challenging puzzles that will get you thinking slightly outside of the box.  For a modern adventure game it stands above others but does not have that something special that will bring me back for more.  It is no Monkey Island but it is still a good game.