So the bullet hell genre has jumped from obscurity onto the main stage since the Gamecube/Playstation 2 era, Treasure’s Ikaruga held a massive part in that. Nowadays it seems everyone wants a slice of that hardcore pie. Here we have 2 recent titles that we have had sent to us, both the same genre but wildly different beasts, which is best for you? Well read on to find out.

The games in question are Astebreed & Neko Navy: Daydream edition, as you can tell from the trailers above, these look as different as chalk and cheese. Fortunately for the sake of this article they do have enough in common to compare and both are worth talking about for different reasons.

Review codes provided by Fruitbat Factory and PlayISM with thanks.

This is the main section the games will differ, Astebreed is a mech based, anime story title with a massive focus on set pieces, narrative and giant robots. Neko Navy: Daydream edition is about cute cats, flying around and taking on other cute enemies. 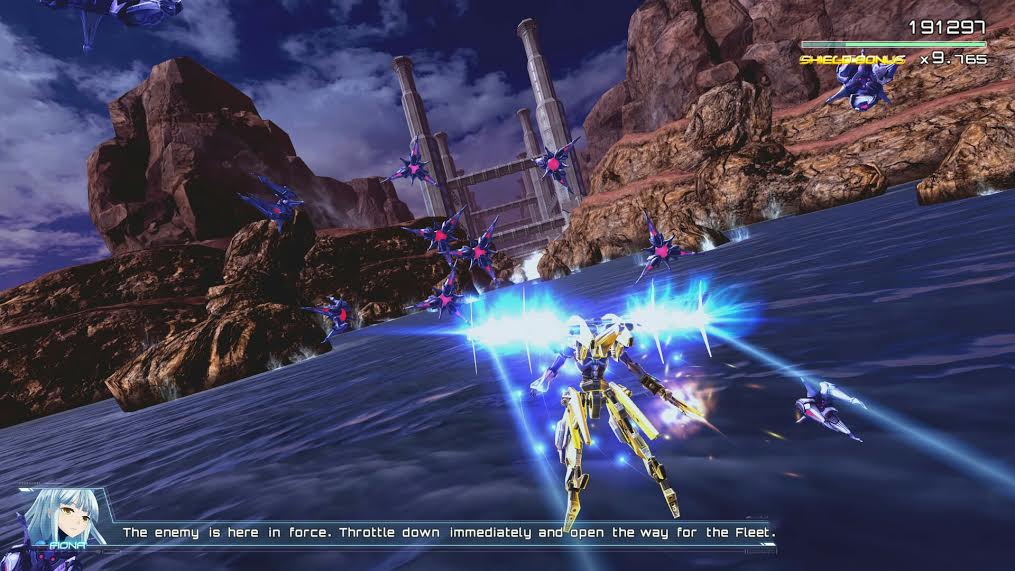 The story in Astebreed is alot more prominent and important to the overall package of the game unlike in Neko Navy which harkens back to a time where story was just an excuse for the game, it’s flying cats shooting, what more do you want?!.

The story in Astebreed is full of the usual anime cliches, father figures, typically skin tight outfits that are very flattering for the female characters, shouting and crying. It is actually quite a nice little tale, especially when you finish the game and get the Timeline which adds even more lore to the story.

The only issue is to get the full story you’ll have to drop it to easy mode and pay attention to the text at the bottom of the screen, there is no english dub and the text is fast and heavy so when playing the game to score high or survive.

Visually both games are lively and vibrant and tick all the boxes for the genre and look FANTASTIC on the Nintendo Switch. Astebreed goes for 3D Models and the Sci-Fi look which suits the game story fine, the bullets to avoid are easy enough to spot, the stages are diverse and feature some fantastic set pieces. 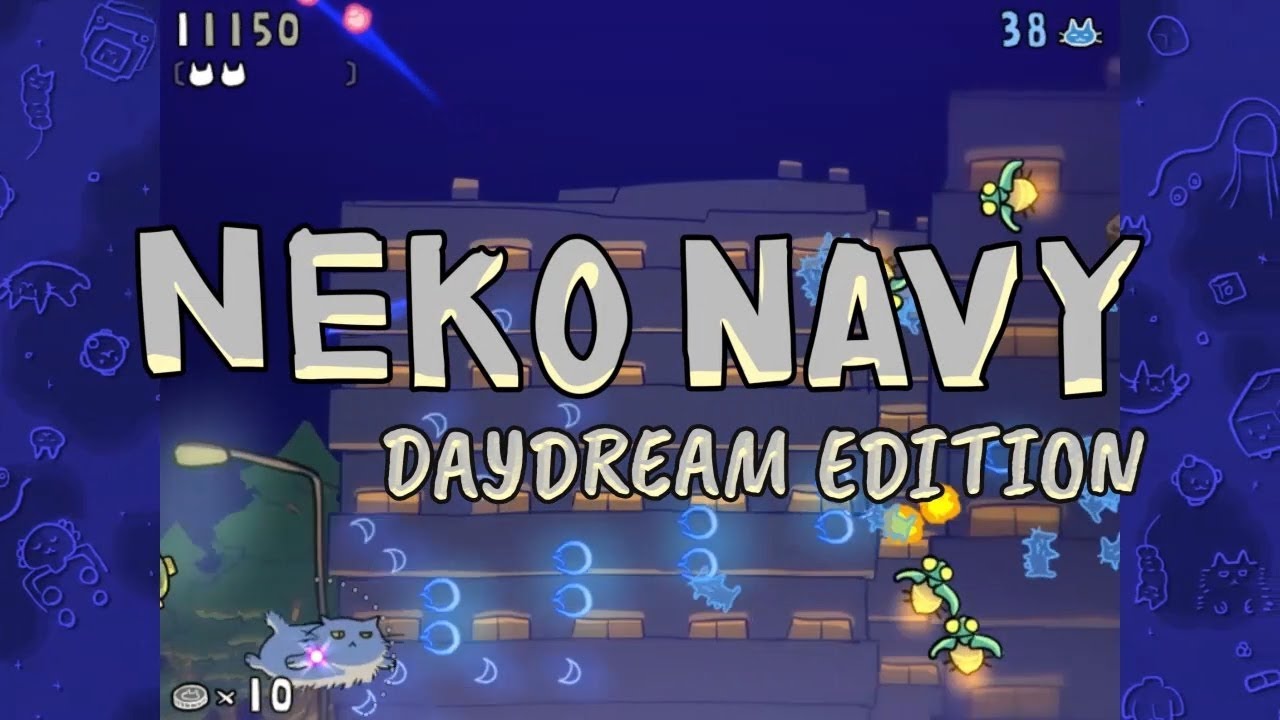 Neko Navy: Daydream Edition has a more colourful cartoon artstyle, akin to classic flash games. Once again the bullets to dodge are easy enough to spot and the enemy character designs are amusing and match the colourful and cute theme of the game. There are no set pieces here and the levels are a strange mix visually but honestly do the job and do it well.

The audio on Astebreed features some fantastic music to go with, there wasn’t anything that particularly jumped out at me but the soundtrack did it’s job of keeping the blood pumping throughout the game. The voiced lines all sound superb it’s just a shame it’s hard to follow the story due to the lack of english dub. 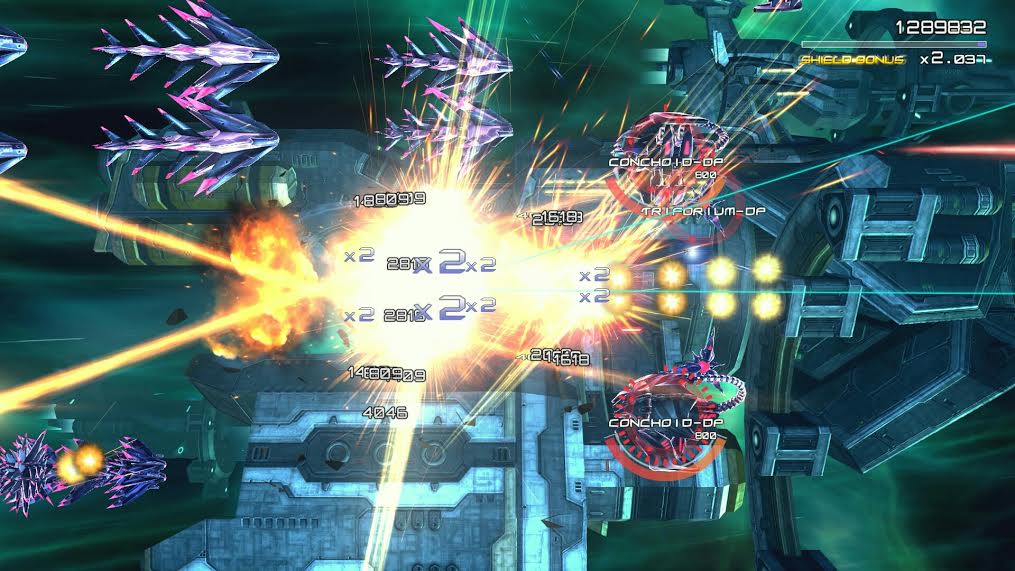 The soundtrack in Neko Navy is full of little ear worms that stick with you long after you’ve dodged your last bullet. There is no voice acting in the game as it isn’t required at all. There are alot of SFX going on with the items collecting and the game sounds very close to it’s arcade roots and this helps it’s main appeal.

Here is the meat and bones of the article and the genre, how do Astebreed and Neko Navy: Daydream Edition compare to each other and differ.

Astebreed features two modes for the game, Story and Arcade. The story follows it’s narrative and focuses stronger on set pieces, cut scenes and narrative, arcade just follows through the stages and focuses more on getting a high score and jumping straight into it.

Neko Navy: Daydream Edition features an arcade mode and an Infinite Mode, the arcade mode follows 7 stages where as the Infinite Mode is a horde based mode, both just throw you straight into the action.

Astebreed features the one playable mech, you have a lock on attack, standard shots and a sword attack, the sword attack negates alot of the enemy bullets and help build combo along with the lock on attack. Once your special meter is filled you can launch an array of EX attacks from an area attack to a fast dashing attack between every enemy you have locked onto. There is also a handy dash button to get out of tough situations.

The character sprite is large and it’s quite tough to actually spot your hit box at times with the visuals going on and the set pieces. It’s easy to rack up a high score once you get your head round the controls and different attacks.

The bosses are all outstanding, the amount of bullets to dodge and negate suit the genre well the only main issues with the titles are the controls can be quite awkward and the game does suffer slowdown in the more hectic sections. 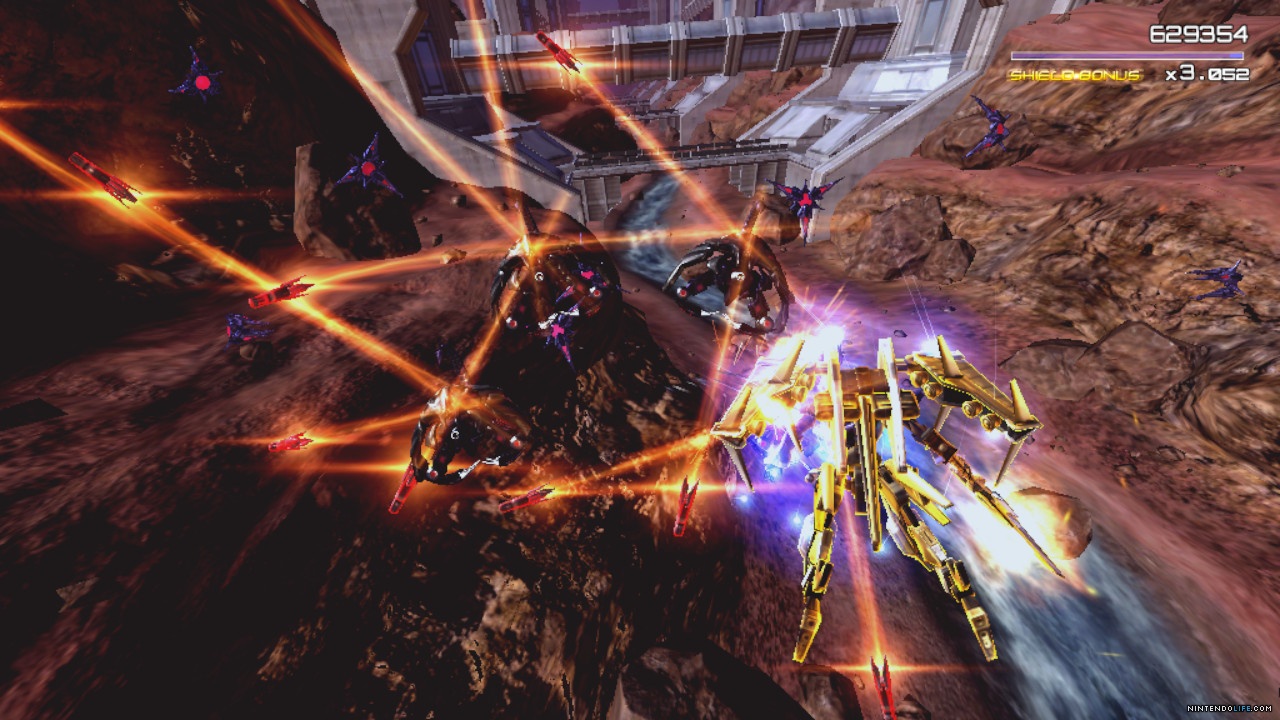 Neko Navy: Daydream Edition is more traditional in that it starts with 3 characters to play as throughout the 7 stages. The sprites are quite large but you have a giant pink star where your hit box is which makes it much easier to go down to the wire with it.

You have the standard shoot & a buildable bomb button, you collect cat icons to build this and anything caught in your bomb attack turns to gold and nets you much more points which eventually turn into lives. It’s the standard arcade fare and it works so well.

The controls are smooth and easy to pick up, you gain more points when you destroy an enemy by being close to it so it adds a nice risk vs reward feeling and is just so addicitve to try and beat your highscore or highest wave in the horde mode. 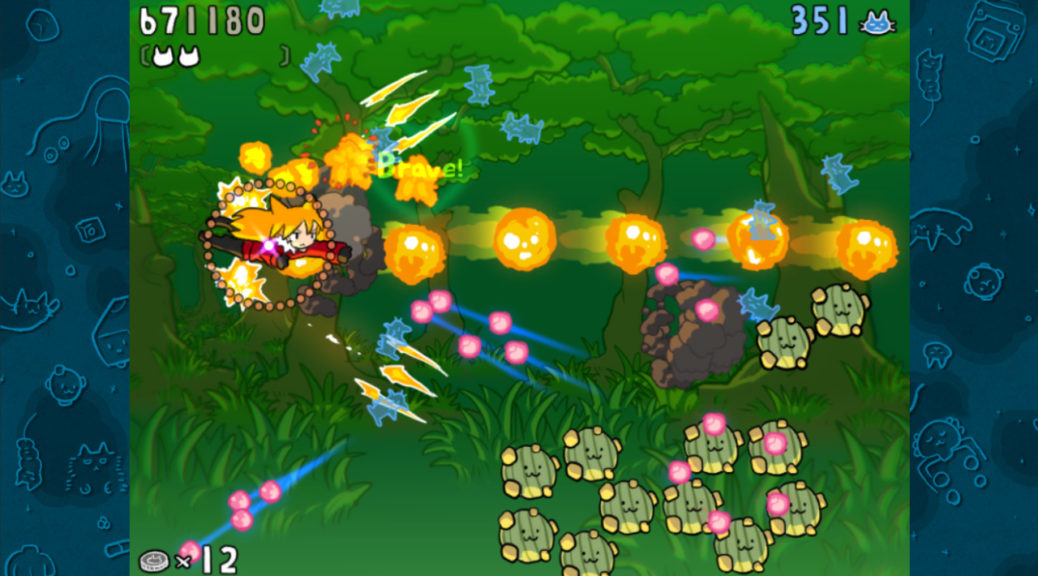 In terms of unlockables both games have quite the rewards. Astebreed unlocks harder modes, a gallery and a timeline mode which helps you further understand the story. Neko Navy: Daydream edition has unlockable characters, stages, bosses and difficulty modes. In terms of gameplay unlocks Neko Navy: Daydream Edition wins this one but Astebreed shouldn’t be ignored, the gallery features a model viewer which is fun to look at and the timeline really helps draw you into the narrative they set within the game.

So which title is worthy of your time? Well if i’m perfectly honest both of them are. Both do enough differently to offer worthwhile experiences while both scratching the bullet hell itch you may have. Neko Navy: Daydream Edition performs better but does less visually, Astebreed has a fantastic story where as Neko Navy: Daydream Edition has a quirky ending but not much more. Either way you choose this both titles are fantastic and if money permits I would highly suggest going for both, both of these are solid 8 of 10 titles are worthy of joining any Bullet Hell libary