Vampyr the latest title from the team who made Remember Me & Life is Strange is hoping to take a bite out of the neck of the Action RPG market with this dark fantasy adventure. They tackled Cyberpunk & Teenage drama, now can they capture the darkness of the Dark Prince himself, Read on to find out!.

Vampyr is set in England, 1918 at the height of the Spanish Flu epidemic. You’re thrust into the shoes of Dr Johnathan Reid, renowned Blood Transfusion specialist and freshly turned Vampire!. It’s not long after you take control everything starts to spiral into one of the most captivating narrative experience I’ve had in a good long while!. Throughout the 30 to 40 hour campaign you’ll tackle everything from Vampire lore, secret societies to the complexities of civilian life as you juggle your commitments to the medical profession & the constant need to feed.

The main narrative in Vampyr is a fantastic one, almost echoing T.V shows such as Dexter & Bates Motel. You’re a medical expert and help run a hospital, dealing with blood and the lives of people who could just be your ticket to more power and a higher chance of figuring out just what happened to you. You’re a man of science, existing as a mythical creature, the main theme of the game is conflict and Vampyr shows this fantastically and sometimes unintentionally. 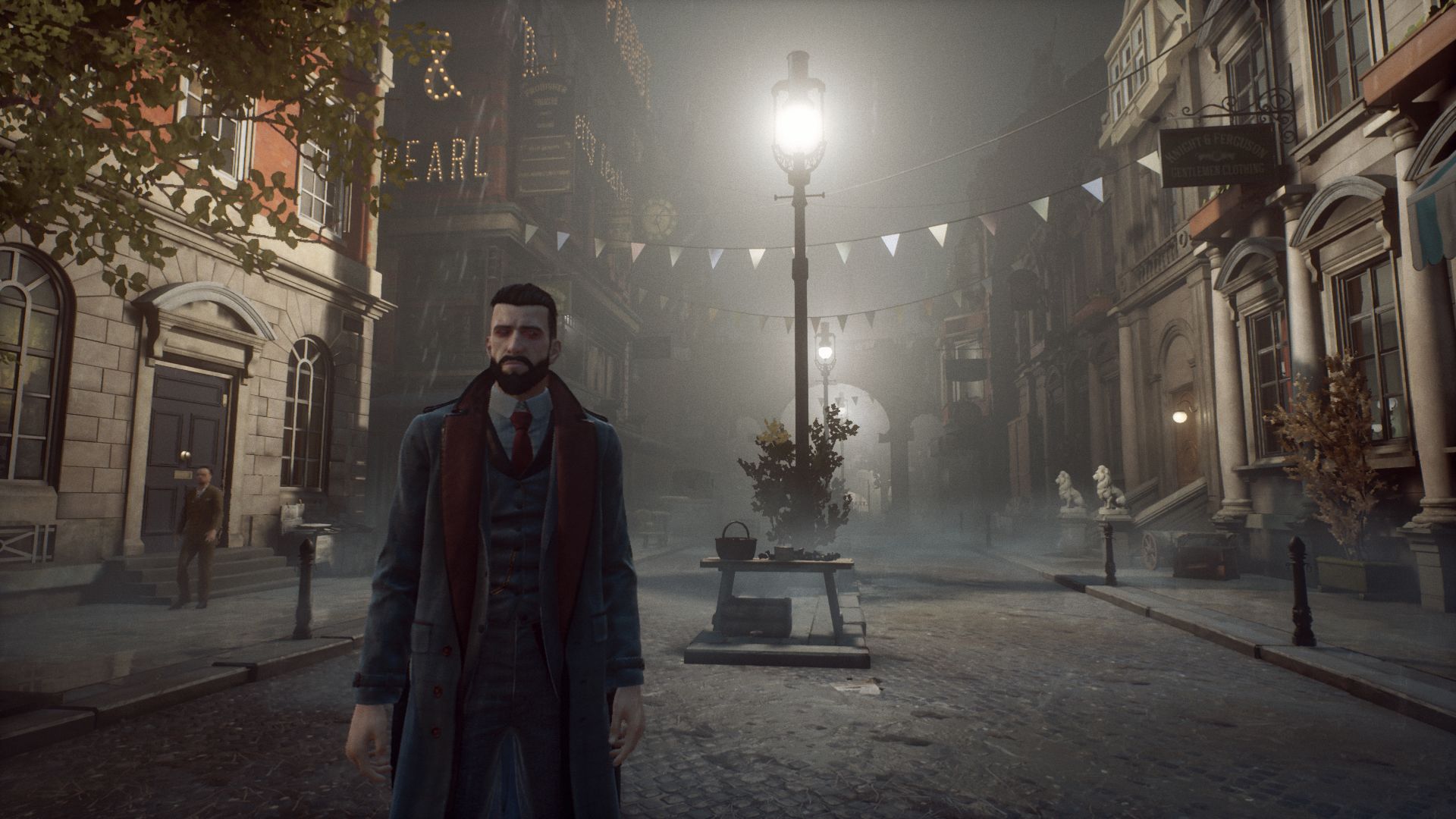 Without selling the main story short, which is fantastic for the most part!, the best writing comes from the lives and tales of the NPCs you’ll meet throughout the game. One of the main hooks in the game is you can get involved in people’s lives by talking to them, completing side quests and giving them the once over to make sure they are in good health. Performing these tasks allows you to gauge the quality of the “Victims” blood and see how much XP you’ll gain from consuming them.

The constant struggle of wanting to feed to unlock more abilities and wanting to see more of the tale runs throughout, I played much like a Vigilante character, judging characters on their deeds, making sure their disappearance wouldn’t cause too much of a disturbance in the area and cause it to decay and fall into chaos.

Struggles like the above are a great way of immersing the player into the tale but sadly they aren’t quite as realised within the narrative of the title. I felt I chose my victims well and beyond a few throwaway comments they didn’t seem to affect the main story in the slightest, mainly just gave me more XP to spend on blood powers later on in the game.

The setting in Vampyr is brilliant, 1918 London is a perfect location for this vampiric narrative. The constant paranoia of the spanish flu, criminal underworld over spilling and snooty elite wanting rid of the common folk create one of the more memorable locations. The city of London is designed brilliantly, you’ll be navigating through backstreets, sewers and balconies, avoiding danger and keeping to those shadows to help you feed.

As brightly as the narrative in Vampyr shines, it’s unfortuantley brought crashing down to earth with a few issues and aspects that seem at odds with the rest of the game, as I mentioned it’s all about conflict!.

First off my major issue with Vampyr was the combat, first introduced in one of the more offputting tutorial starts of recent memory, you are to use a rather basic action RPG style combat, dodging, juggling weapons such as Saws & Firearms or just a double handed weapon for extra damage & abusing blood abilities. It’s not that the combat is terrible, it’s just distinctly average and it seems really at odds with the rest of the game, there is no stealth, the ability to “Feed” from enemies doesn’t really benefit you too much outside of filling your blood gauge & it’s just not animated that brilliantly. It’s an oversized thorn in the foot of Vampyr and left a bad taste in my mouth from my first experience with it.

The second glairing issue is the overall polish and performance of the game, honestly it’s just about passable. For this review I played the game on a Base Playstation 4 500gb, the game ran alright at best but never truly felt like a smooth experience. Some graphics wouldn’t load quick enough, the frame rate was rarely consistent and there was stuttering present too which really hurt the game.

The voice acting for the most part is superb bar the main character, he comes off a little hammy and honestly speaks too much for someone who’s supposed to be embracing the shadows!. The characters animate poorly, especially when it comes to facial expressions which don’t seem too far removed from another Vampire based RPG from yesteryear.

It’s the issues mentioned above and the lack of impact you can have on the main story that really feel at odds with the superb writing of Vampyr and ultimately hold it back so much. This isn’t to say that it’s a horrible mess, it’s just a little rough at the moment, the lack of stealth and combat is something that can’t really be fixed but the performance issues are something that should be addressed to give players the best possible experience when taking over Dr Reid.

Overall Vampyr is a highly enjoyable Action RPG & Vampire tale, it’s got a little bit of jank going on but the writing is a beacon in the dark night of bad combat and iffy performance. The conflicts throughout are more than enough to see you through and the side stories for the most part have you chomping at the bit to get to their conclusion. It’s not quite the successor to Bloodlines I had hoped it would be but it’s certainly one I’d suggest to anyone who wants a game with a little more of a morality bite!.