Releasing last year under the name Birthdays the Beginning the latest brain fruit from Yashuhiro Wada (Of Harvest Moon fame), Happy Birthdays has finally found it’s way over to the Nintendo Switch with a swanky new name change. Is it a case of new name, new life or is this just mutton badly evolved into Lamb? Read on to find out.

Happy Birthdays sees you take up the roll of a initially nameless, ageless individual who eventually becomes yourself who while reading a old book discovered a scrap of paper depicting what seemed to be a map of the area you live in your curiosity you decide to investigate only to happen upon a strange cave and a story beyond belief.

The story in Happy Birthdays is to be honest none existent outside of what I have just told you and the odd bit of banter. The tutorial lasts a good 20 minutes but even after that I felt it didn’t quite tackle everything leaving me to my own devices a little too soon for my tastes. 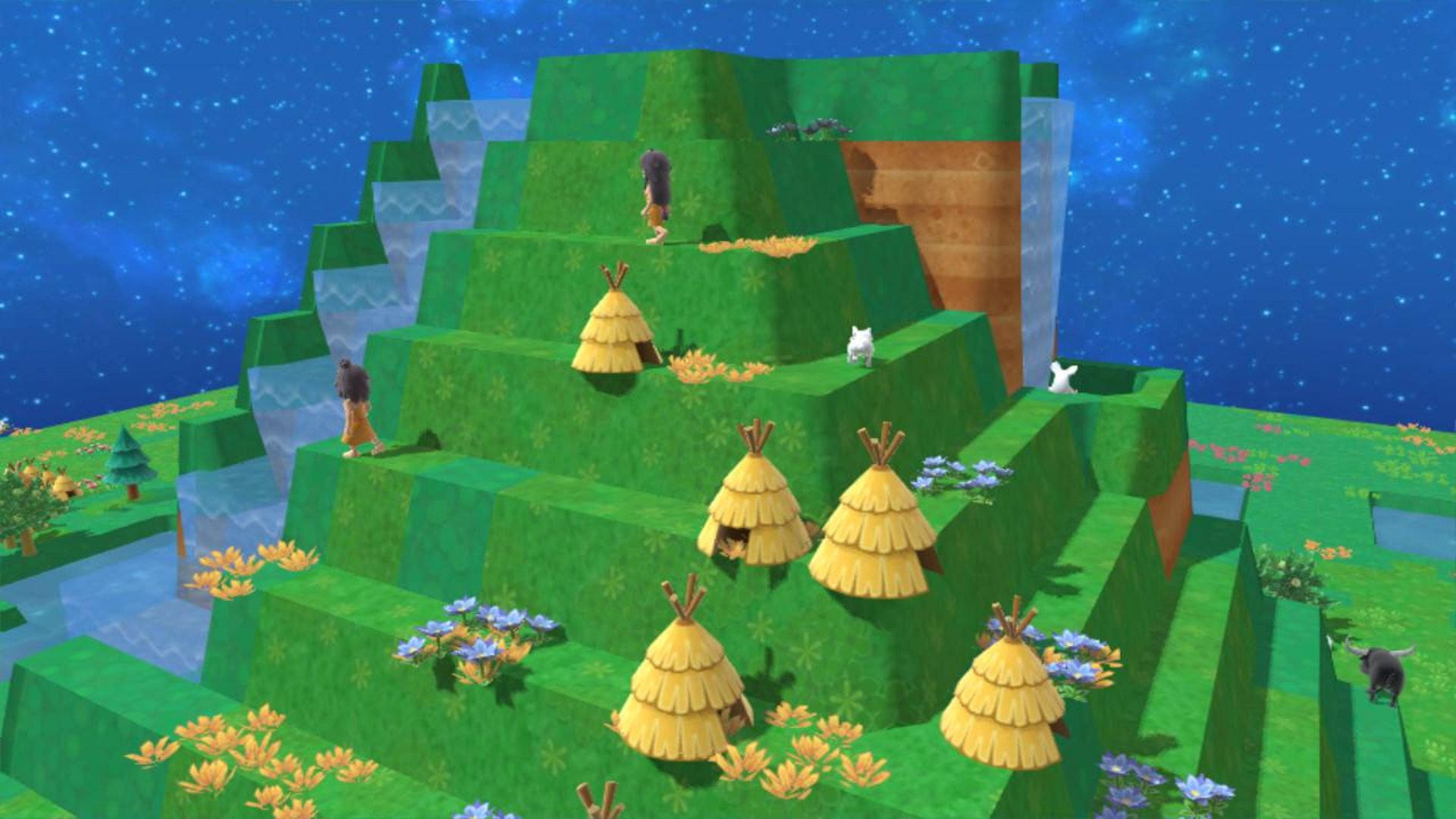 Graphically the opening relies on static 2D imagery and text boxes to get the story rolling however you won’t be spending much time with the artwork on display here as I mentioned these scenes are short lived and will soon see you overlooking a spinning cube as your chibi sock puppet looking avatar watches the world you create and the adorable chibi inspired T-Rexs and the like go extinct due to rabid global warming should you alter the depth of the Ocean too much.

While Happy Birthdays isn’t completely accurate in it’s visuals I have to remember that it’s clearly targeted at a younger audience than myself, however this by no means means it’s bad to look at infact its cute/innocent for lack of a better term a good thing considering the circle of life. Happy Birthdays is still capable of creating some nice looking environments that we older folk may be tempted to shape as we micromanage our every detail of the world to perfection overall it’s simple and cutesy art style works for its target demographic and somewhat appeals to myself.

The audio however I’m somewhat torn with as its extremely limited in variation with 2 notable backing tracks one of which requires you to position the camera under the land mass of your world that seems to have no use other than hearing said track and the second but main one that will be making up the bulk of what you shall here during game. This main track plays as watch your world spin endlessly through space as life begins and ends I found it oddly soothing at least when the 2 main sound effects were not interrupting it every few seconds as a life began or ended that is.

Happy Birthdays main gameplay loop is incredibly simple to the point of it playing itself for the most part as the bulk of your interactions with the world will be to lower lands and create rivers, seas or ocean depths or raise land to form hills and mountains allowing for temperature variations to create habitats able to maintain life as your world grows and your able to expand you are even able to create different bio domes and even have T-Rexs and modern man live next to each other while Nessie swims the fishing grounds!.

Once more this simple gameplay will be great for younger audiences however despite my short run with the games main content I’d spent many a hour in its free build mode before I had even realised it was 4 am in order to create my world that was vastly more detailed and managed than required to finish the main game with snow topped peaks covered in evergreens with rivers, waterfalls and lakes to harsh desserts and dark ocean depths with 182 of the games 292 creatures coexisting along side each other at once. 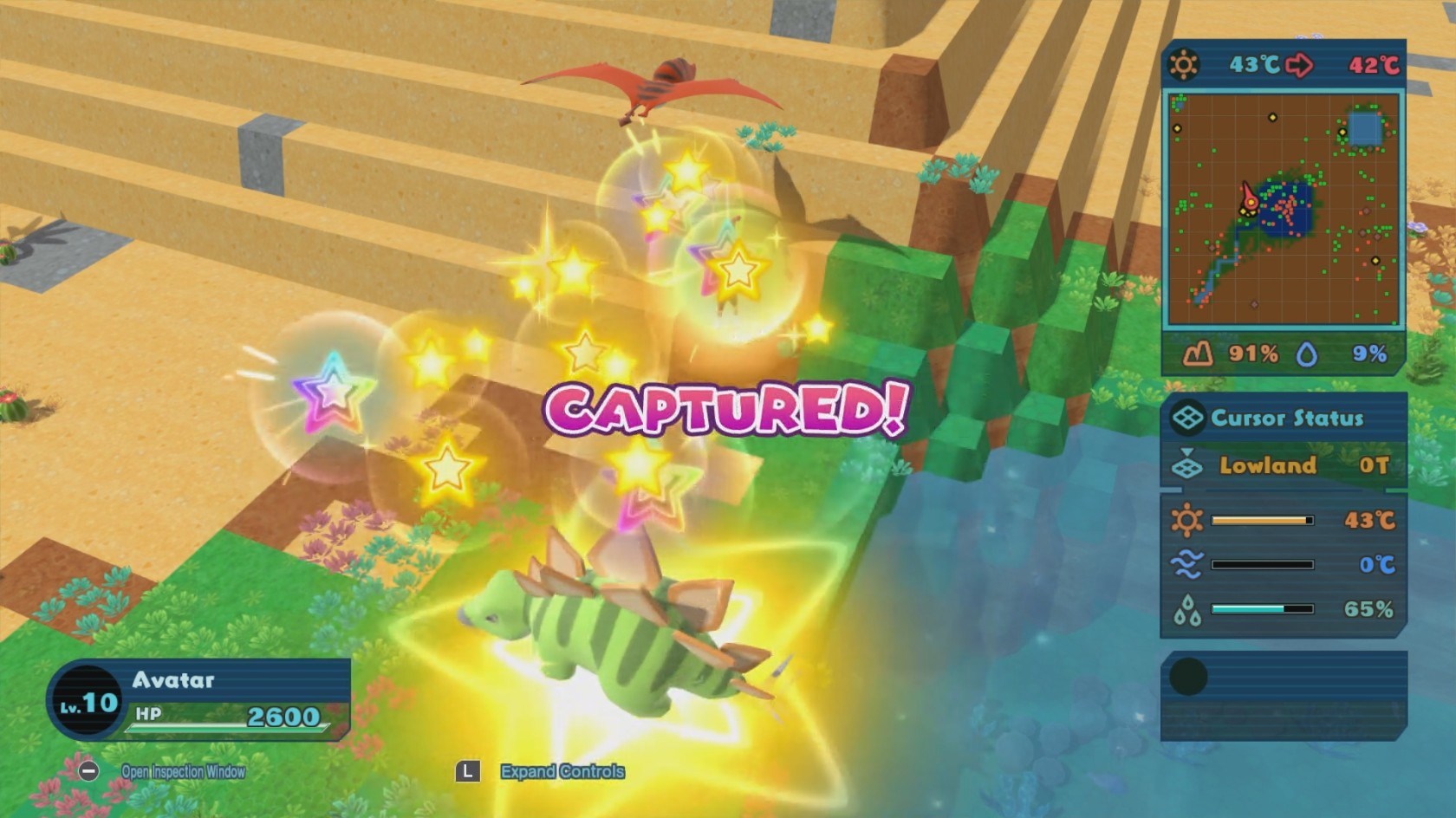 Overall Happy Birthdays is a fun title if not a little limited in terms of what you do for gameplay, you spend a good chunk of the game just watching your world evolve & the most you get involved with is terraforming. It’s a fantastic SIM title for the younger audience and it’s currently one of the only SIM titles on the Switch so it’s got the market share to it’s self for now. It’ll be good to see if they can further this series a bit more but as it stands these are early days, could even say shaky beginnings!