Overtime video games have become works of art.  Stunning visuals, immersive worlds and blockbuster like stories.  However, during the early years of gaming this was not the case.  Video games use to be all about the gameplay and whether as a gamer you were good enough to complete them.  Yes, a lot of the games were very short but they were also quite difficult.  This is where skills were born – you either learnt how to beat the game or give up completely.  There are a few series of games that still have this style of gameplay but a lot do hold your hand all the way to the end.

It seems that a lot of indie developers look back upon this style of gameplay when developing their games.  There are a lot of good examples of this spread across PC, console & mobile with Alwa’s Awakening being the latest entry. 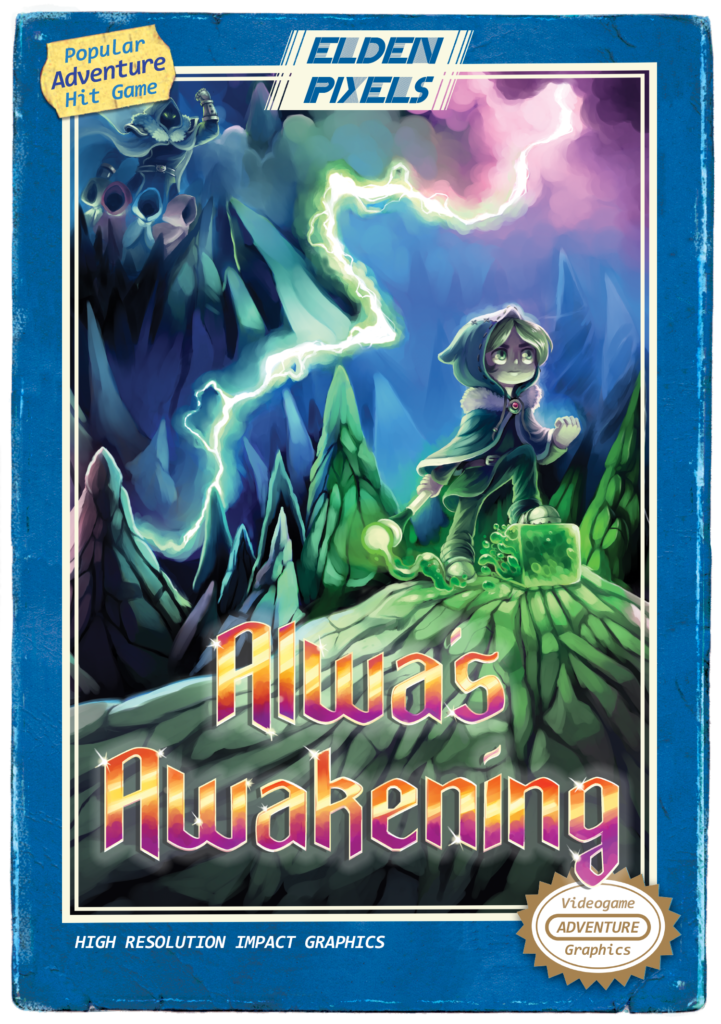 Alwa’s Awakening is a adventure platform game where you play as Zoe, a heroine from another world who wakes in a land called Alwa with the task of bringing peace.  Using your magical staff you must overcome enemies and obstacles as you explore over 400 unique rooms.  When you find the map early on, the game bosses are marked and you must defeat them all.  There is no hand to guide you in this game though, you must just work you way through each room on the map until you reach a boss.  At first it is very frustrating but you do have a lot of moments of true achievement when you figure out how to overcome a challenge.

This is what makes it feel like an old game – the small things keep you going through the game.  One of the boss fights had me pulling my hair out as I could not work out a way to defeat them.  I was also convinced there was no solution but as soon as I worked it out, the boss when down with very little effort. 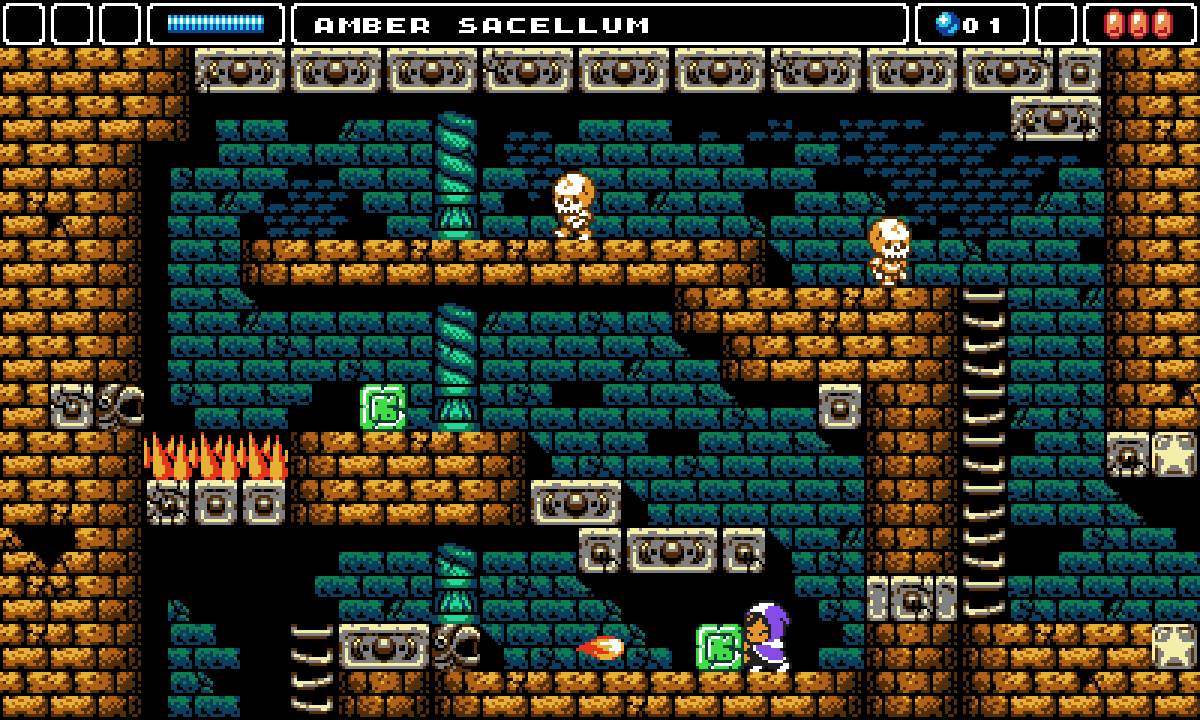 When ever you enter a room there is always something in there that will want you dead.  This will either be spike pits, moving enemies or projectiles.  The latter are the worse as the timing is very tight between each projectile.  It makes some jumps more difficult than they should be.  The controls are very responsive which is a must for a game like this.  Get them wrong and you turn a challenging game into something that is impossible.  It does feel like you glide a lot when walking and performing jumps but this is something that you can get use to over time.   Alwa’s Awakening is game that is very simple on the cover but when you start digging into the content you soon learn that it takes time to master.  As always, dying will happen and the game even keeps a counter so you can see how many times you have failed.  Such a kind feature.

Alwa’s Awakening has tried to replicate what made NES games special by using 8 but pixel art mixed with some catchy tunes that will be stuck in your head for a while as they loop endlessly.  It can be annoying but each tune does fit the theme of the room that you are in.  At least it is not the same song looping for the entire game – this happened a lot on the NES. 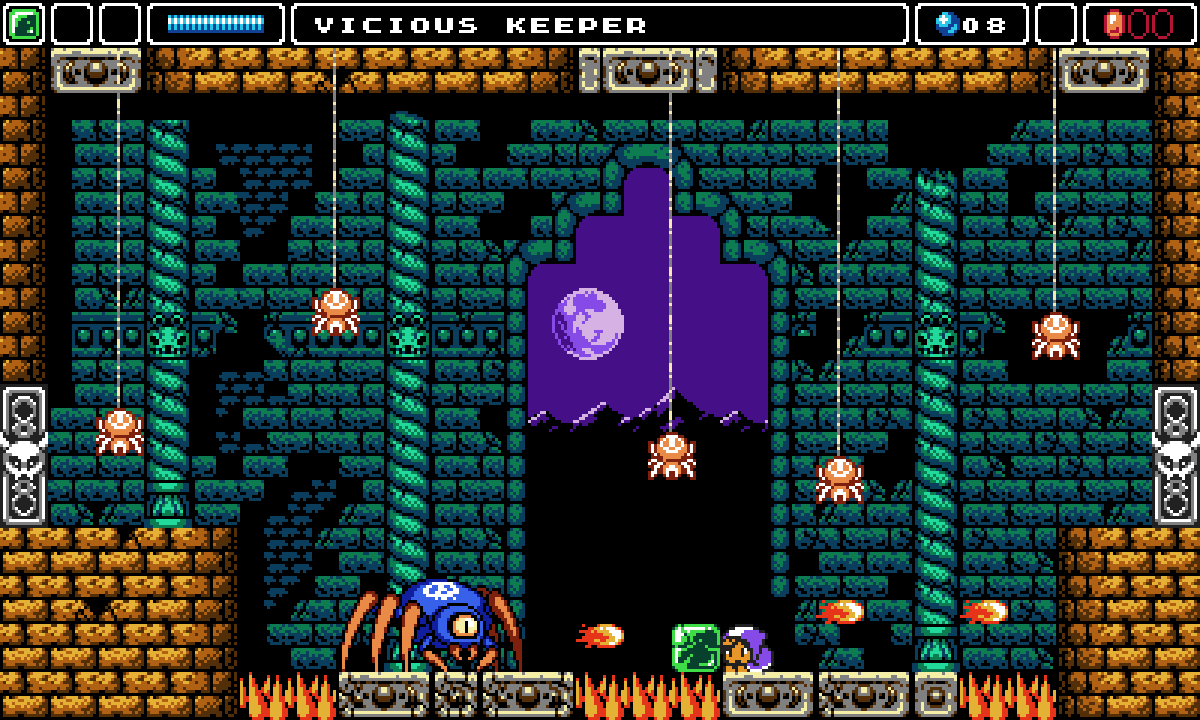 Alwa’s Awakening is a great little game that brings back a lot of memories of older games.  I myself did not grow up playing games from the NES era (PS1 was my starting point) but I do appreciate where this game is coming from.  They did not have the luxury of what we see today so game play was always first.  Some may push this to the side as a bad game just because it is difficult but being difficult does not make it bad.  It actually is not the most difficult game I have played in recent time but it does offer a nice challenge.  It is all about persistence and learning new skills to overcome something that is in front of you.  Some gamers do not have these skills and that is a shame as they will be missing out on little gems like Alwa’s Awakening.