Cat Quest marks The Gentlebros first major foray, and with it they have brought what appears to be a classic take on the adventure games of yesteryear, with plenty of action based combat & dungeons to scour for chests that will intrigue those fond of ye old adventures. Does this do enough to entice those looking for a new adventure? lets find out. 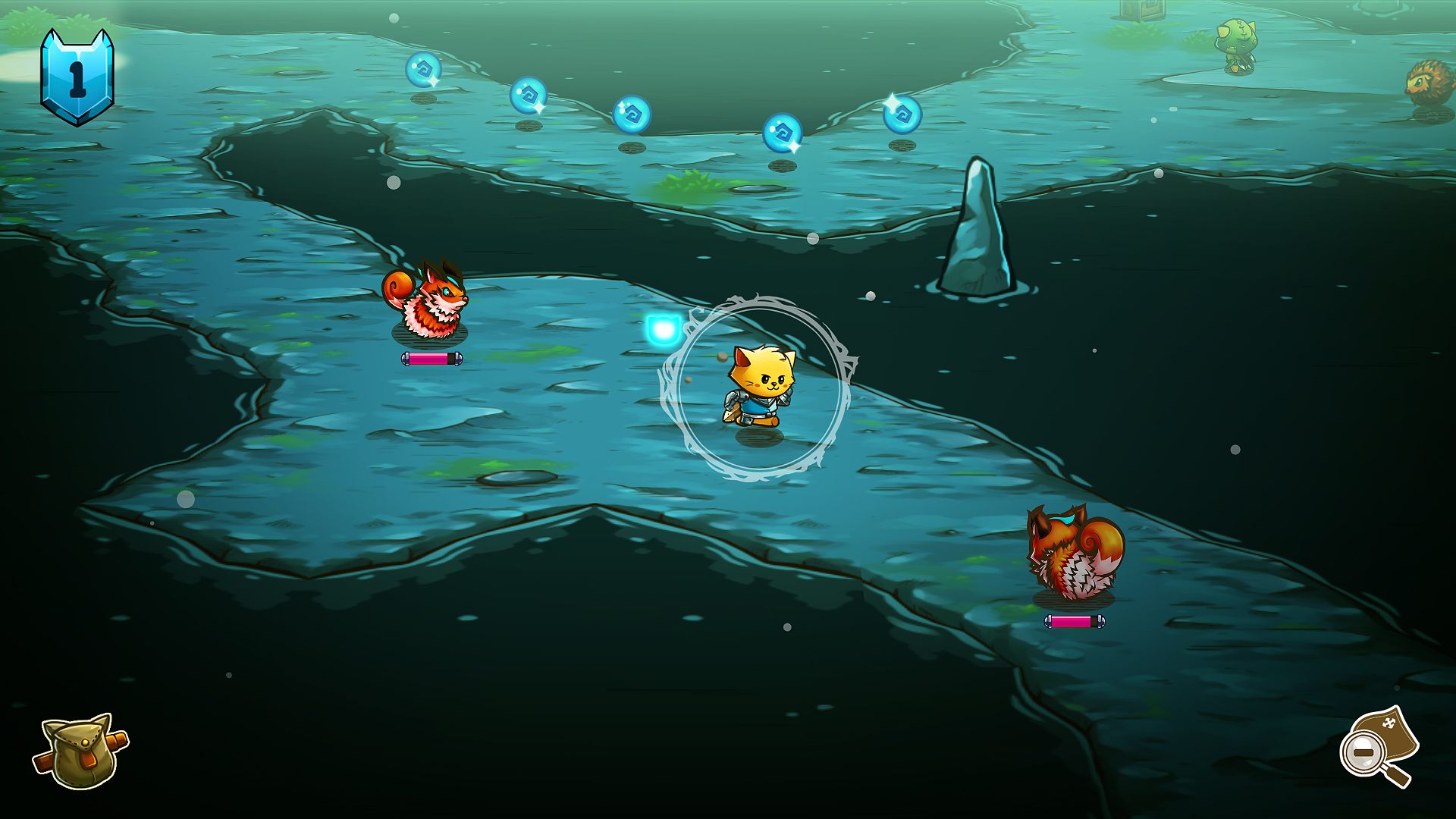 Cat Quest opens with our protagonist & his sister left afloat on a little boat, when they are suddenly set upon by the evil Drakoth the sister is whisked away by the evil lord – not before he casts a spell and destroys the protagonists poxy boat. He awakes to find himself washed ashore in the kingdom of Felingard, brandished with the mark of the DragonBlood. How did that appear? Where is his sister? What is Drakoth really up to? Those are just a few of the questions the opening leaves you with.

Honestly the story is about as good as expected. It’s not award winning, but it gets the job done. The side quests offer up additional insights into how things are going in the kingdom, so they are worth seeking out and there’s plenty to get your teeth in to. There is something that really started to grate on me early regarding the stories delivery. Those cat puns. I’m not really a cat person, Kagamine Rin’s Pet Me just about makes the grade, so its easy to see why it’d not hit all the right notes to me. I’ve got to commend the developers in a way as they manage to keep the puns going all through the game, even though it grated for me it never really got old. Still, mileage varies but its a least a different way of delivering the story and is keeping with the world of Felingard. 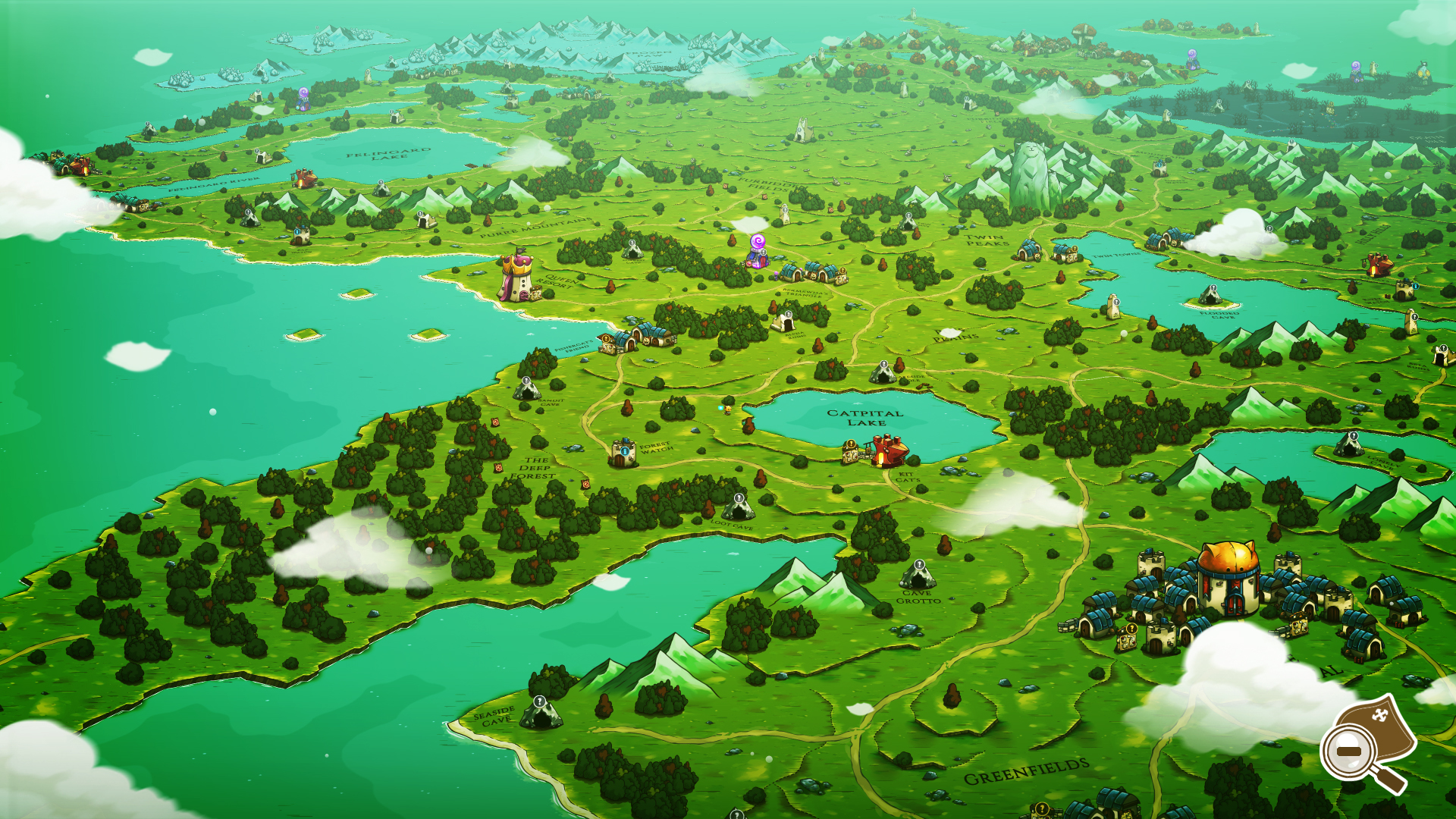 The game does indeed look nice considering is low budget roots. Everything is bright & crisp, with think black lines around most objects to give the game a more cartoonish look. There’s plenty of variation in creature designs, and some nice areas of the map to explore, with the special effects adding some extra punch to the battles. There isn’t much wrong with the presentation, even the audio is good considering there’s no voice acting, but one area in particular stands out. Animation can sometimes look a little stilted. It tends to usually apply to movement, once you’ve seen the protagonists running animation you can’t unsee it, and most areas such as combat are unaffected. It does look out of place when it occurs, but fortunately its not a regular occurrence – running protagonist aside.

One surprising aspect of the game is performance. It actually looks to call for some heftier hardware than one would expect judging from the Steam page, but it still runs well enough on lower than minimum. My PC (R5 1600/16GB/Fury Nano) absolutely stomps it at 4K of course, but even my laptop (Core i5/8GB/HD3000) puts in a decent enough showing considering its below spec. It’s not perfect on the laptop, transitions in particular are plagued with slowdown & stutter, but in combat it keeps up well so isn’t as bad as expected – the drop to 1360×768 also doesn’t hamper the visuals in any way. Altogether the game is generally pleasing to look at. 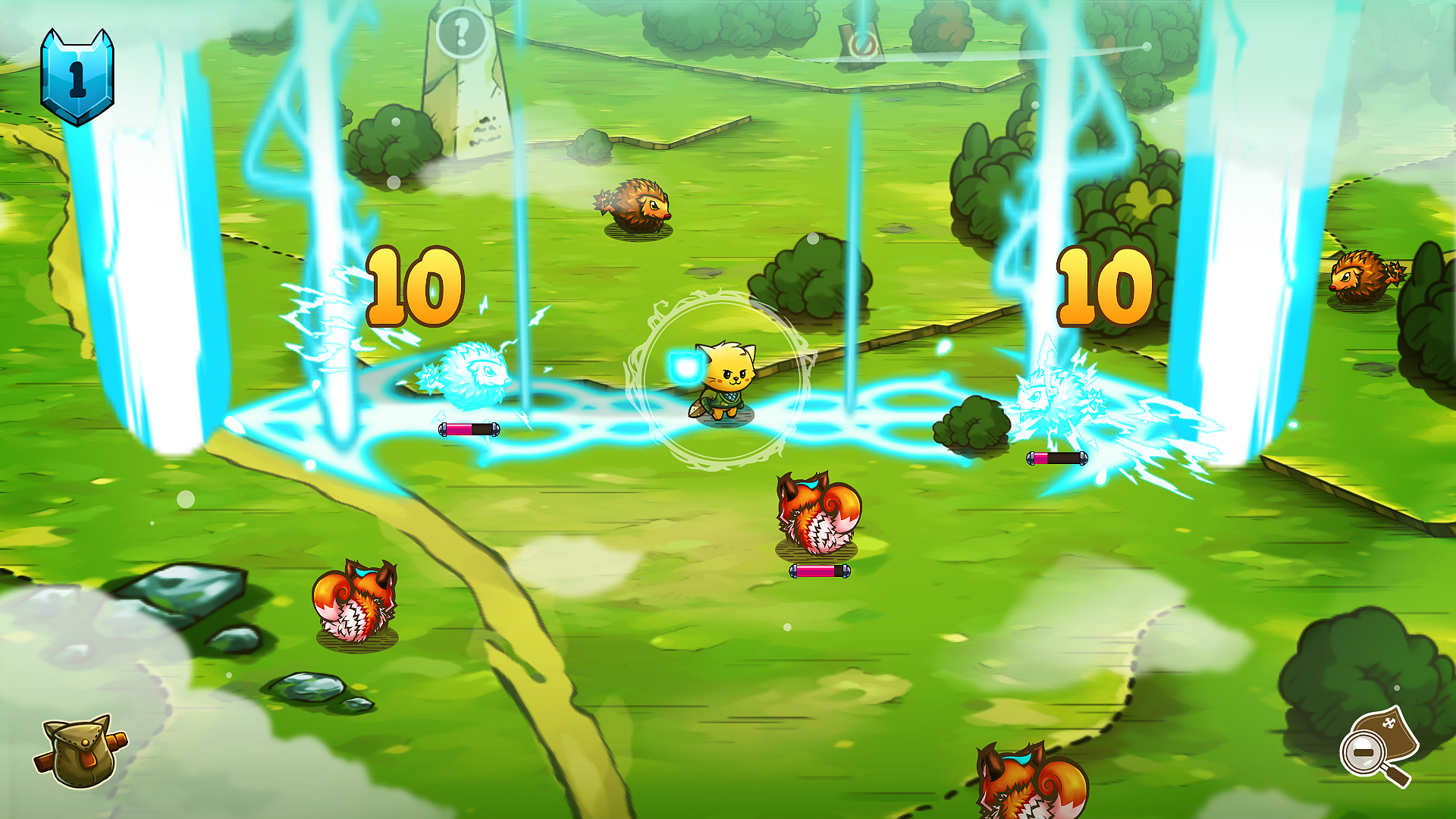 If you’re one of those yearning for the adventure games of old. Like what we used to get during the 8/16-Bit eras, then this will be one you may be interested in. The game plays out on a pretty large open world map, with plenty of dungeons and ruins dotted around the map to explore – these usually contain some sweet loot. Quest boards in the towns & villages will usually lead you to some dungeons too, and the rewards for these can contain loot alongside the usual XP & gold. The good thing about the loot is that it doesn’t just build up in an inventory. If it is an item you already have, it will actually upgrade your current item instead of adding itself to your stash, a nice system to me and helps alleviate useless loot woes. This also applies to equipment purchased. The stores contain a few chests of varying gold amounts overhead and choosing one will randomly give you an item of its value. A risky venture in a a way, paying a thousand gold and getting an item you won’t really use can be disheartening. Mage stores work differently. Certain spells can only be purchased from certain stores, but all can be upgraded at any once you have the spell.

Along your journey there’s plenty of inns to stop at, which you’ll need to do to save your game & heal any battle scars. The games combat system is pretty simple, but does require decent timing to survive the encounters. Skirmishes will usually see you heading to attack and then rolling out to avoid theirs. The enemies area of attack is usually displayed below them & gets gradually brighter as the attack powers up, so learning how each foe will attack also boosts your combat capabilities. Firing off spells can keep you at a distance, but mana only regenerates when attacking enemies. It seems to be pretty simple, and it is, but there’s always something that counters your actions and can make some enthralling skirmishes. 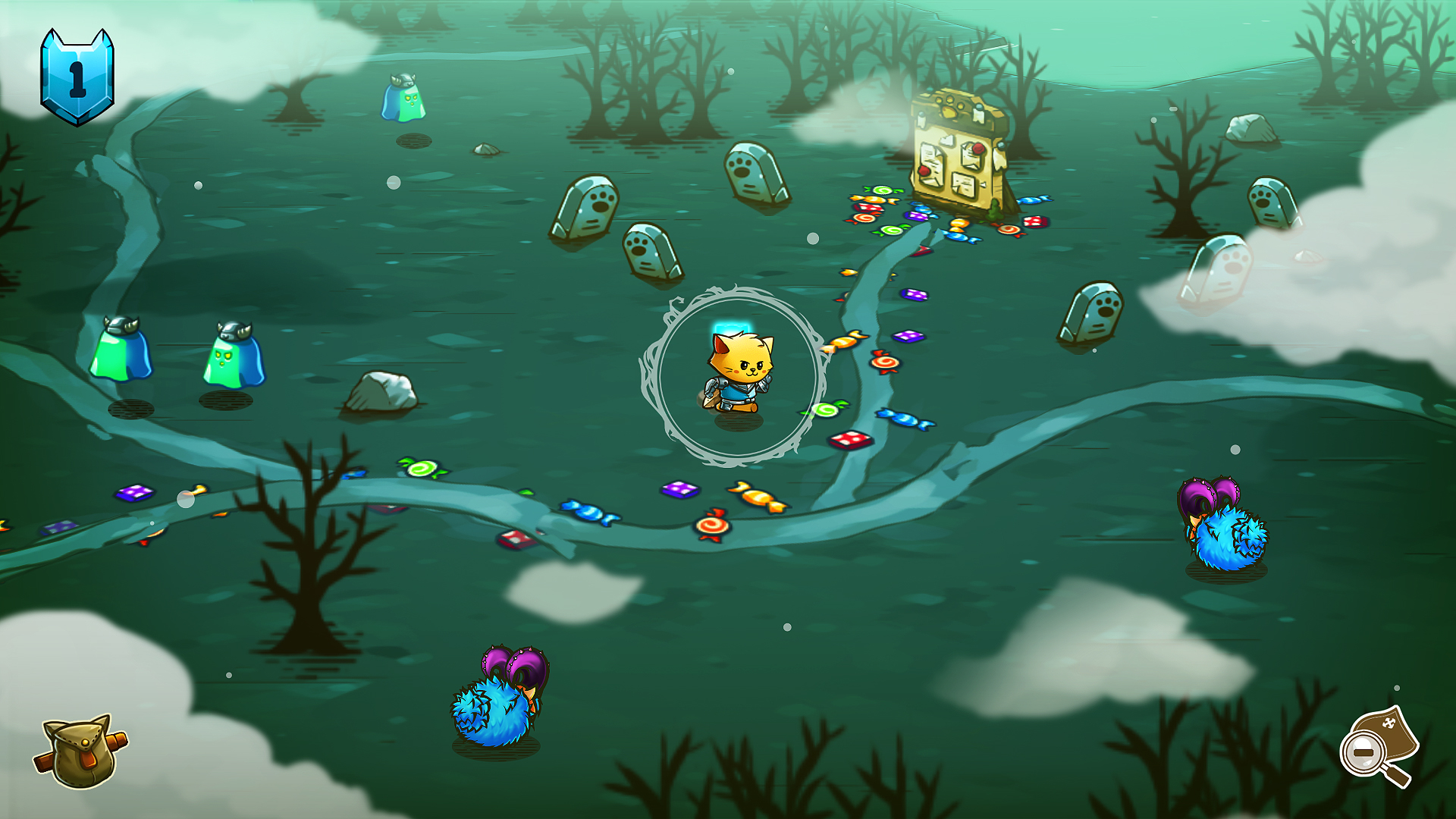 Whilst I’m not really a cat person, that didn’t stop Cat Quest from being a pretty good game to plough through – Its old school adventure game influences are clear to see and there’s a surprising amount to get through. Its not a perfect game by any means, there are some grievances here & there that hold it back, but if your most glorious adventures were 16-Bit then you’ll likely get the most bang for your buck here.