Disgaea 1 Complete brings the series iconic trio of Laharl, Etna & Flonne to the latest systems, with improved visuals on offer and almost every snippet of additional content/tweak to the game that has come on the numerous releases before. Does Laharl still have what it takes to rule as the undisputed Overlord? Lets find out. 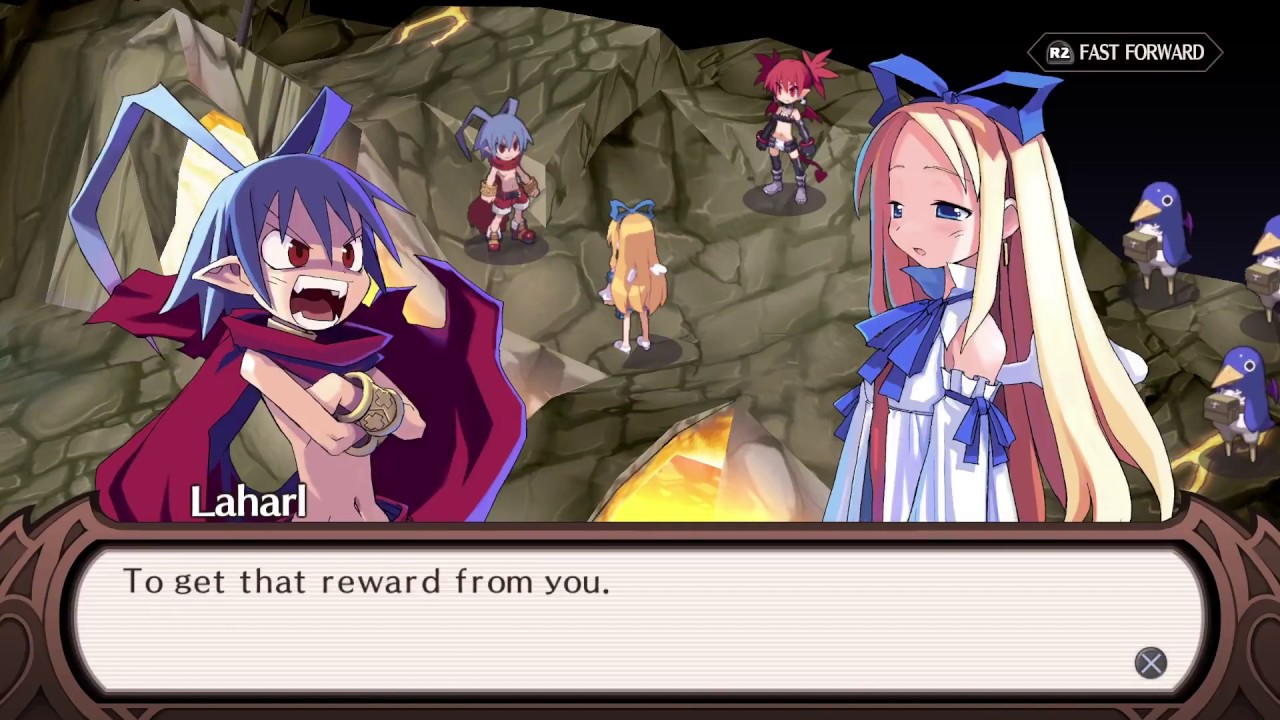 For those who have never played it, or who did so very long ago, Disgaea places you in the role of the forever self-obsessed Prince Laharl – rightful heir to the Overlord throne and all round grumpy demon. Awoken after an accidental 2 year nap, Prince Laharl is informed of his fathers death and the following civil war over the newly vacated position of Overlord, a position the young Prince has every intention of filling himself. From there he heads off on a journey with his last remaining vassals Etna and the Prinnys.

One of the great aspects of Disgaea is that the story has you taking on the role of an anti-hero, doing away with the somewhat traditional view of saving a world as a hero/heroine etc, with Laharl seeking to crush all those in the way of the throne. The starting point in the long standing series still has all the charisma and charm of the subsequent releases, with plenty of unexpected story twists and laughs, but also some more serious moments occasionally. With multiple endings, including joke ones, Disgaea offers enough potential story choices too will make use of the New Game+. As this is the complete edition, there are also additional elements you can play through. Etna mode for example can be found here, which was a separate story focused on Etna introduced via Afternoon of Darkness. As expected though, nothing much has been changed within the main story arc, but its something that didn’t really need any tweaks to begin with. 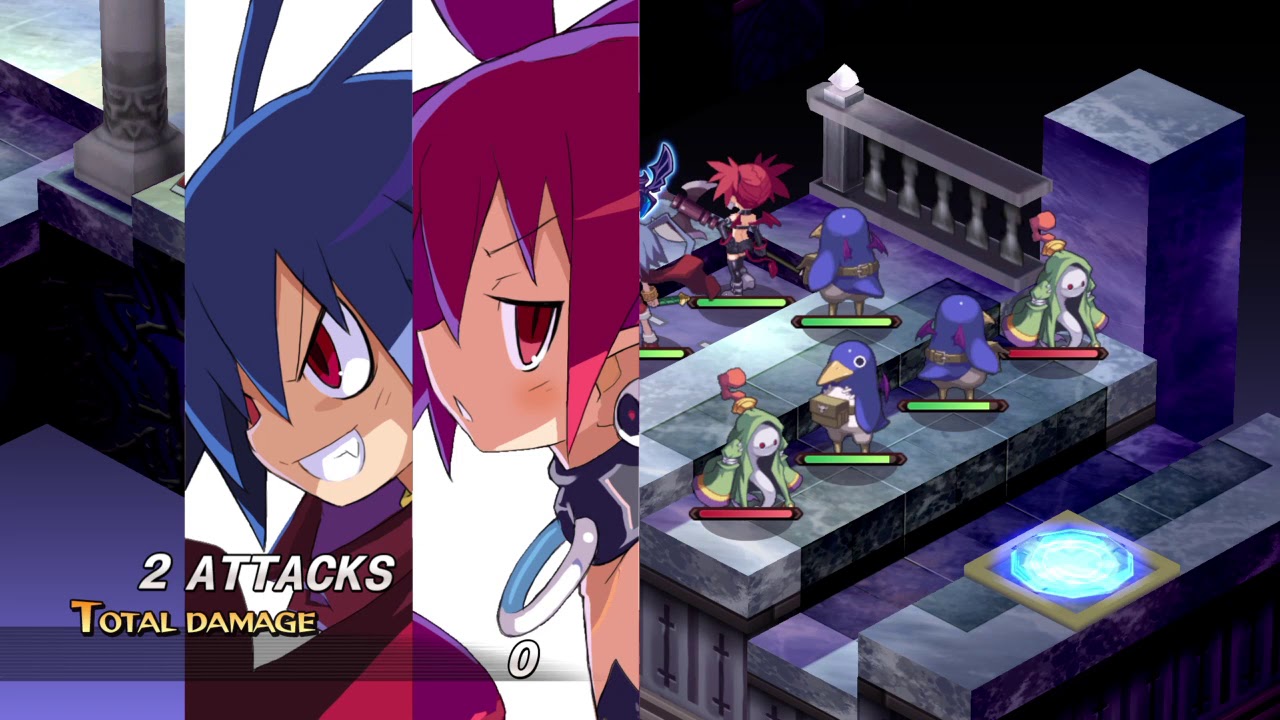 Disgaea is one of a rare breed of games which nailed it’s gameplay as well as its story. Although the main gameplay is very solidly in the typical SRPG area taking its cues from Tactics Ogre and Final Fantasy Tactics, it makes some changes and additions which set it apart such as the level 9999 limit, millions of points of potential attack damage, the ability to throw both allies and foes as well as many others which I will outline a few of. As much as the main gameplay is standard SRPG that isn’t to say that is a bad thing, it does this very well and hits all the right notes, with turn based battles taking place on grid based arenas.

The unique features are where the Disgaea really shows off its fun and silliness with things such as the Item World, a portal that allows you to go into your items and fight enemies inside to level them up and potentially gain more powerful items. Transmigration, which is an ability in New Game + which allows you to reset a character to level 1, loosing all abilities but giving some nice stat bonuses. These bonuses will seem small at first but as you add more transmigration levels then the stats become more obvious and don’t feel like such a waste of time. 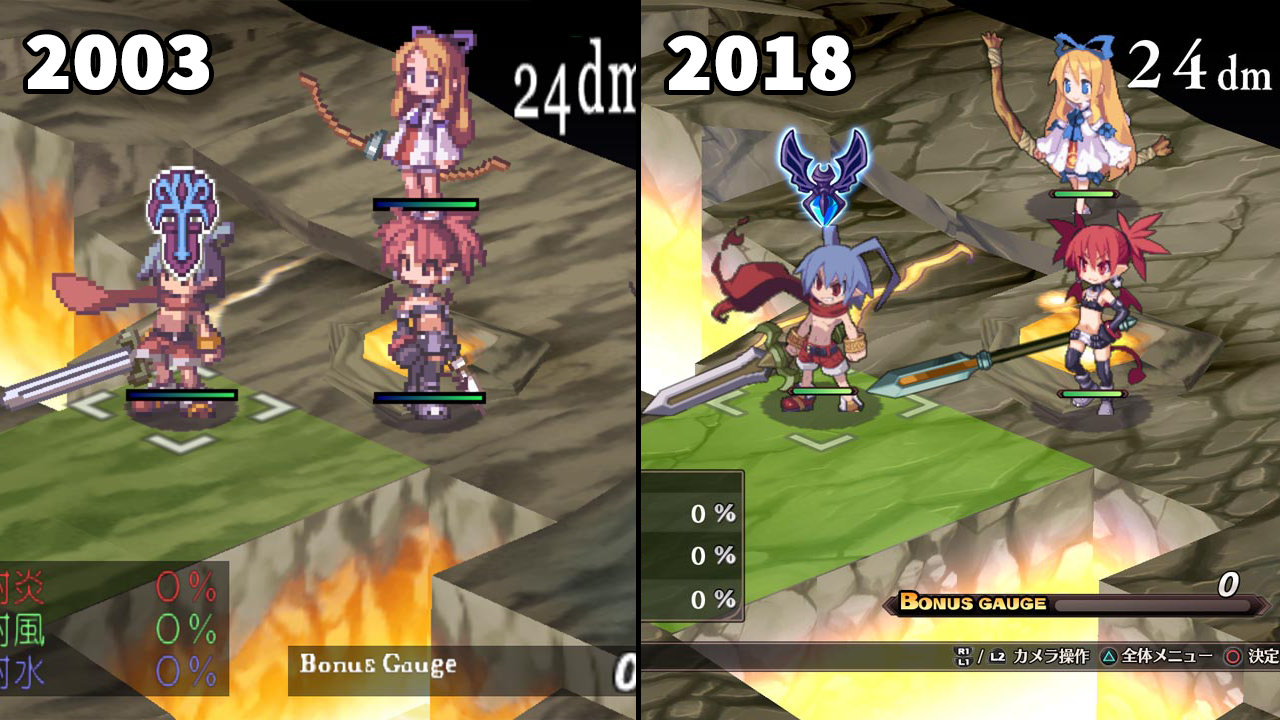 As we are looking at a complete edition of a game releasing on the latest batch of consoles, you would expect some improvements over those versions that have come before – and there does at least seem to be some here. It’s nothing major though before you get excited, most of the assets are just the same with added refinement, but it is the best the game has ever looked. Having recently played through some of the PC port, some of the enhancements are straight from that (reworked AI, textures etc) with further work done to the games sprites to maximise the resolution boost afforded here on Ps4. Purists may not entirely agree with the sprite changes, but personally I think they look fantastic and a good step up from the original releases of the game.

This reworked version seems to lack some of the options found on PC unfortunately, which would allow purists to play the game in as close to original as possible when toggled, which is a shame I guess. Disgaea has always been a good looking game though, due mostly to its unique style, with colourful sprites and backgrounds – with plenty of flashy special moves during the stages to liven things up. From the perspective of audio, the port brought nothing new to the table but once again I don’t feel like it needed to as the audio was always top shelf. With absolutely fantastic voice acting, good music which fits with the overall theme of Disgaea, even down to the occasional punk styled blast which always served to surprise. 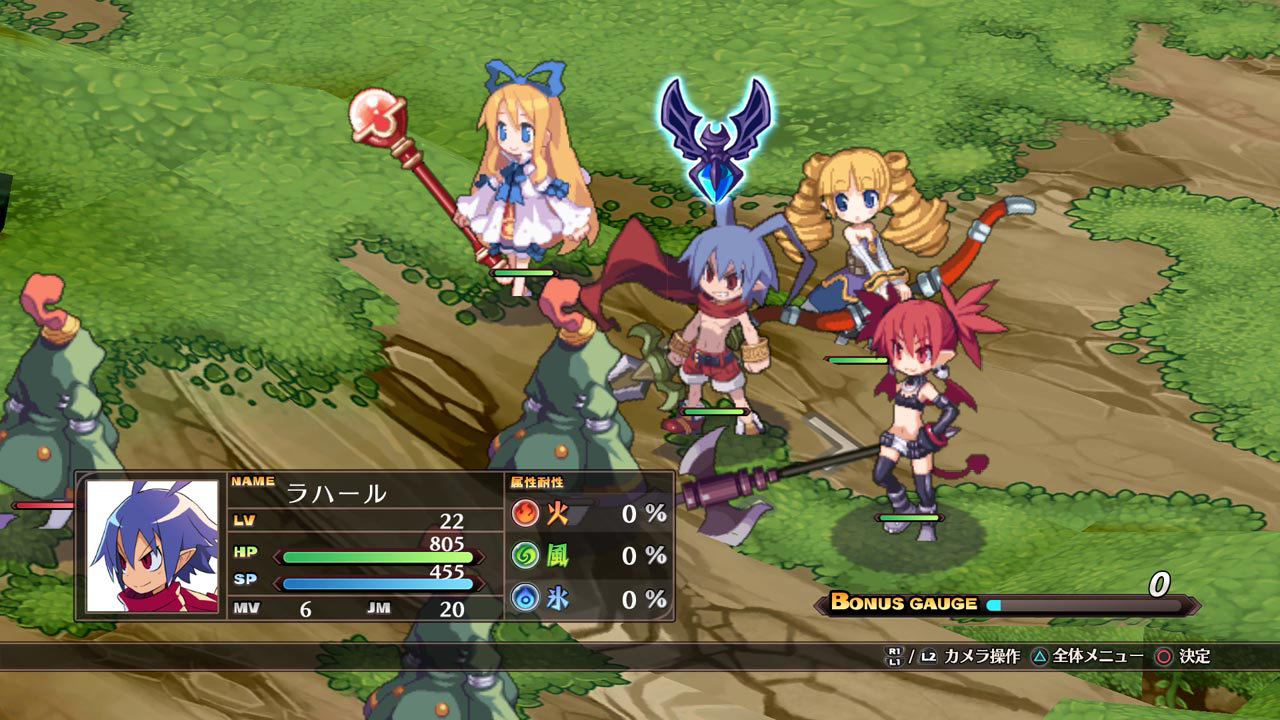 Disgaea 1 Complete is the best way to play the original trailblazer, whether on the go with Switch or at home on PlayStation 4. The lick of paint applied to this release brings us a new look to some aspects of the game without pushing things into remake territory thankfully, and the added content over the years means there’s more to play for those that have been away a while. Disgaea is still a fun take on the SRPG genre that’s worth a playthrough even today.