A New Kind of Fantasy 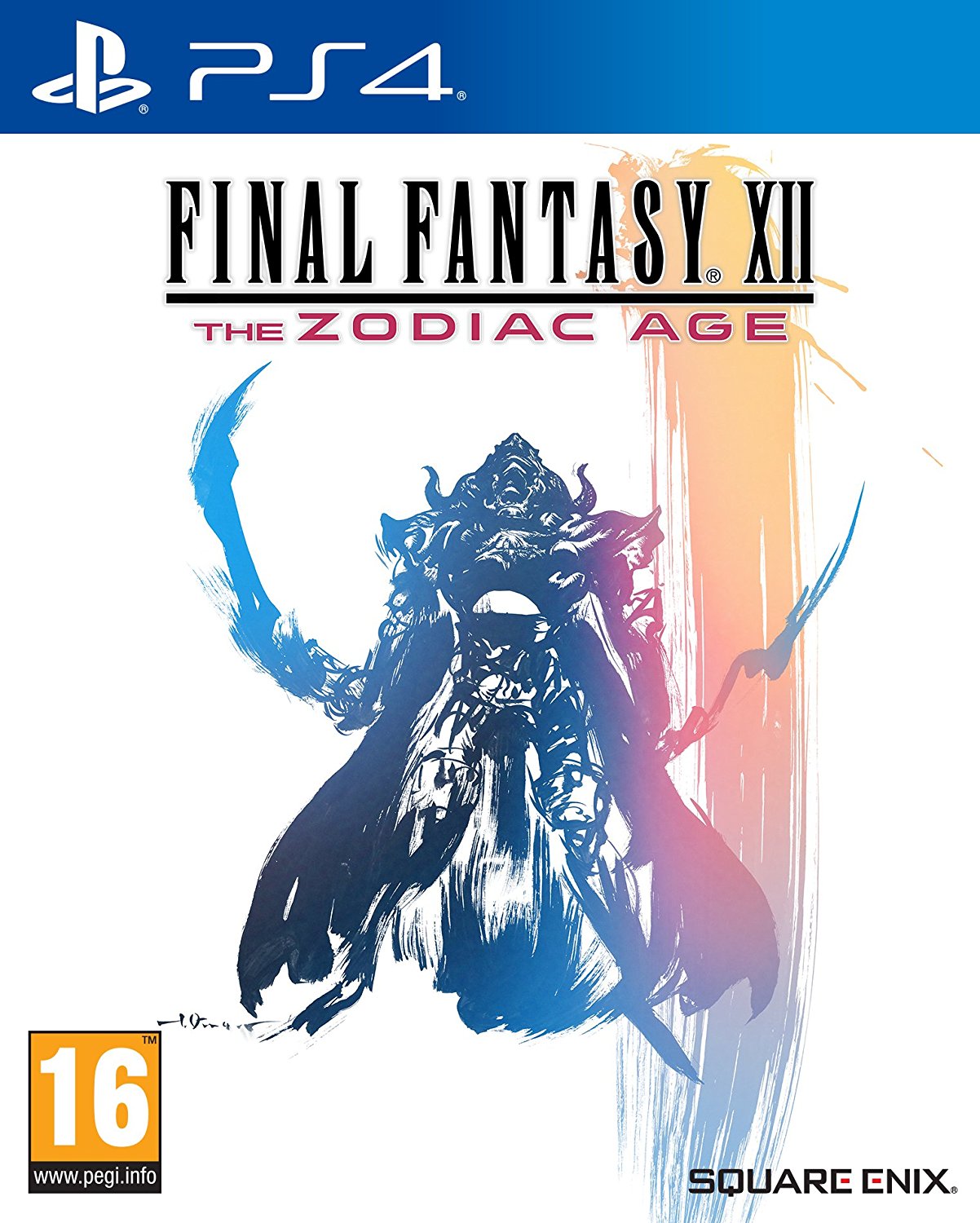 Final Fantasy XII: The Zodiac Age is a remaster of the original Playstation 2 title with some added extras thrown in, I’ll go over these in due course but first I’ll be tackling the story. XII differed from previous games in the main series by having considerably more world building than ever before, less focus on the main cast and more focus on politics and war, it has shades of Star Wars style story telling and wears that inspiration firmly on it’s cuff. This can throw people off who are more used to the focus being on the main characters. It also pulls some Final Fantasy X style story telling in having the main playable character actually being a side character for this tale.

The world building is fantastic in this game and really helps sets up events throughout the game, the cast is mostly likeable and major props go out to my boy Balthier who is truly standout in this title. The main playable Vaan continues to be unlikeable but as a whole the cast is worthy of being up there with the mainline Final Fantasy heroes. The story does take a nose dive in the second half of the title which is a shame, this is due to some integral members of staff leaving the title around half way through production, it’s a shame but by that point you’re already firmly invested in the fate of the heroes and the world events transpiring for it to have too much of an effect. 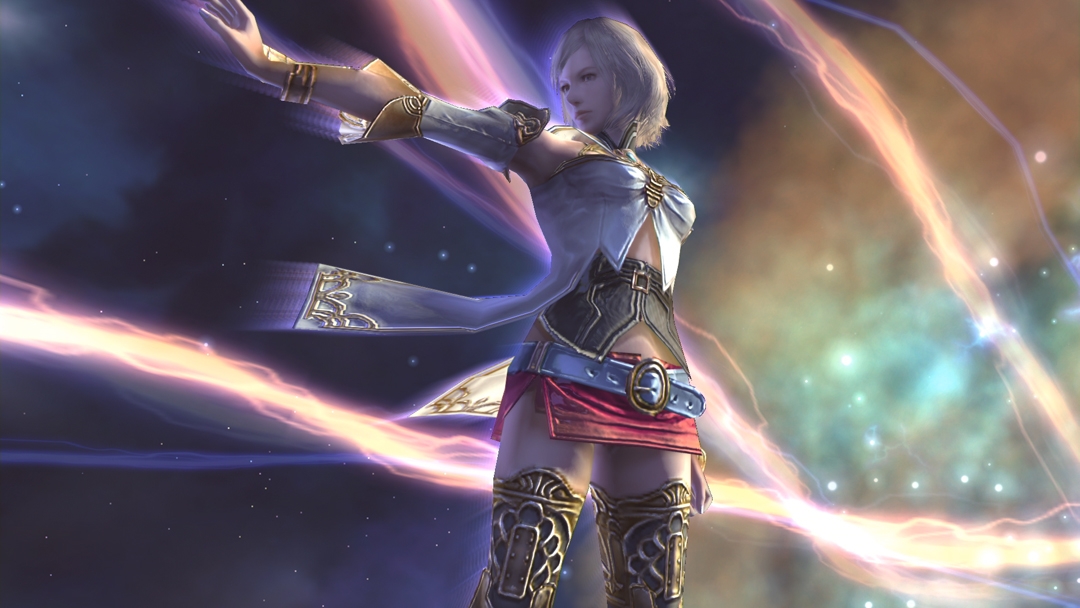 The game features Dual Audio so you can have the English or Japanese dub whichever you see fit, it’s worth noting the actual quality on the English dub is tremendous featuring some outstanding vocal talents such as Gideon Emery & Keith Ferguson. The game also features the outstanding soundtrack and a remastered one, personally I kept it on the remastered and still really enjoyed it but the original is there for anyone wanting the original music for a more authentic experience. One thing I don’t think can be debated is the quality of Final Fantasy XII’s soundtrack, from the main theme to the battle music everything just clicks and really thrusts you into the game aurally coupled with the tremendous voice work.

Graphically Final Fantasy XII: The Zodiac Age has received some decent smoothing over, the lighting is vibrant and the character models aren’t half as jaggy as originally released. Naturally this is a Playstation 2 Remaster so it still does look very much like a product of it’s time. The character faces have a tendency to look a little off and the textures aren’t as sharp as other titles, you won’t be fooling anyone claiming it’s a Playstation 4 game but it wasn’t exactly a slouch in the graphics department to start with.  The art direction in Final Fantasy XII takes inspiration from more western routes, it’s kind of a fusion between medieval and desert punk, naturally you have the typical Final Fantasy hair but it tends to lean more towards IX’s art style over titles like VII & VIII.

The world features varied areas ranging from deserts, to dungeons, to industrial areas & even wetlands, the game is based in the Ivalice series of Final Fantasy titles so if you have ever played Final Fantasy Tactics, Tactics Advanced/2 or Vagrant Story you’ll have general idea of what the locations look like. Final Fantasy XII also uses it’s monsters in a way that it looks like each area has it’s own eco system, not every monster will attack you and sometimes they will fight each other, feed on each other and change properties. It’s a little feature that goes a long way in creating this living, breathing world and just another thing often overlooked when people look back on this title.

The Stage Is Set. Action!

Gone are the days of ATB, the combat style is closer to than of an offline MMO, real time movement, chose an attack, wait for your bar to complete, attack happens, all the while maintaining your aggro and keeping an eye on your stats, in real time. Sure coming off the back of Final Fantasy X it can seem a little jarring and that could of been what knocked this title for some back on it’s original release, since then we have had several battle system changes so it’s nice to see where the reinvention started.

What makes this battle system so special is the Gambit system, you are given the ability to set perimeters to your party to help combat flow nicely and keep you from pulling your hair out when the A.I doesn’t do anything. You can freely alter these to your needs, fully programme your tank to stick to their job while having your White Mage juggle spells, if the flow of battle changes you can quickly jump back into the Gambit system menu and chop and change to keep your head above water, want to make a hasty escape? turn the Gambits off and run. You’ll be seeing a load of this particular menu and trust me you’ll need it, it’s quite satisfying felling a strong hunt or nasty story boss because you have set your Gambits just right and the A.I does exactly what you need it to without you having to manually select each action.

When the game re-released in Japan on Playstation 2 they created a new Job System for the title, fortunately this is included in this re-release, it allows you to pick a job for each of your characters and level them up using the Licence Board in a much easier and focused fashion. The Licence Board is where you improve your characters by choosing what to have them improve first, want to focus on new attacks over new equipment use? feel you need some spells before others? it’s all there and offers an amazing amount of freedom for how you want to outfit your band.

Final Fantasy XII: The Zodiac Age also bundles in the previously Japan only Trial Mode, here you have a tower of 100 floors to truly test your mettle against the strongest foes in the game. It’s a nice extra and gives you something to work on post-game, test out new Gambit formulas and wield the best weapons against monsters worthy of taking up arms against.

The main game runs about 60 hours if you just want to fly through the main story and you can most certainly double that by tackling all the available side quests, mini games and the overly addictive monster hunts. Fortunately Final Fantasy XII: The Zodiac Age adds Fast Forward as a feature, this speeds combat and traversal up signifcantly which means grinding against trash mobs and finding your required hunts goes much faster and generally keeps the pace of the game up in sections which can drag.

This Is Where We Part

I open this final word with my confession, I didn’t like Final Fantasy XII on the Playstation 2, It never gelled with me and I dropped it around 15 hours in. I love Final Fantasy XII: The Zodiac Age, it’s difficult to put my finger on what exactly has changed my mind on the title, it could be that as time has gone on I’ve removed my fixation with turn based battles, the faster pace of the title, the job system, finally getting to grips with the Gambit system or many of the other quality of life improvements this version has.

Another possible explanation could simply be that I was wrong, Final Fantasy XII: The Zodiac Age gave me another chance to try the game and honestly I was hesitant, now I’m thinking of my next hunt, ideal Gambit set ups and when I can next travel back to Ivalice and hang out with Balthier. Final Fantasy XII: The Zodiac Age is exactly what this title, Final Fantasy and RPG fans on the Playstation 4 needed, a perfect balance between new era RPG and enough throw backs to still capture that Final Fantasy magic, if you felt let down by XV then I would honestly give this title the once over, despite the janky story in the second half the game it’s still a phenomenal game and the perfect reminder of that PsOne/PS2 era Final Fantasy magic.