Tower Defence is a genre that has been used many times in the past and is a pretty good go to game when you need a break from much larger games.  However though, as good as they can be, it feels like there is a lot out there at the moment and due to this the last one a really sunk my teeth into was Monsters by Pixel Junk.  It is a genre that I do love but when the market becomes over saturated, it becomes hard to choose the right one to play.  I had the chance to play Kaiju Panic at EGX this year and it really took my fancy.  When I saw that it had a release date sooner that I originally thought, I had to give the full game a go.  Good news tower defence fans; this could be the right one to choose next. 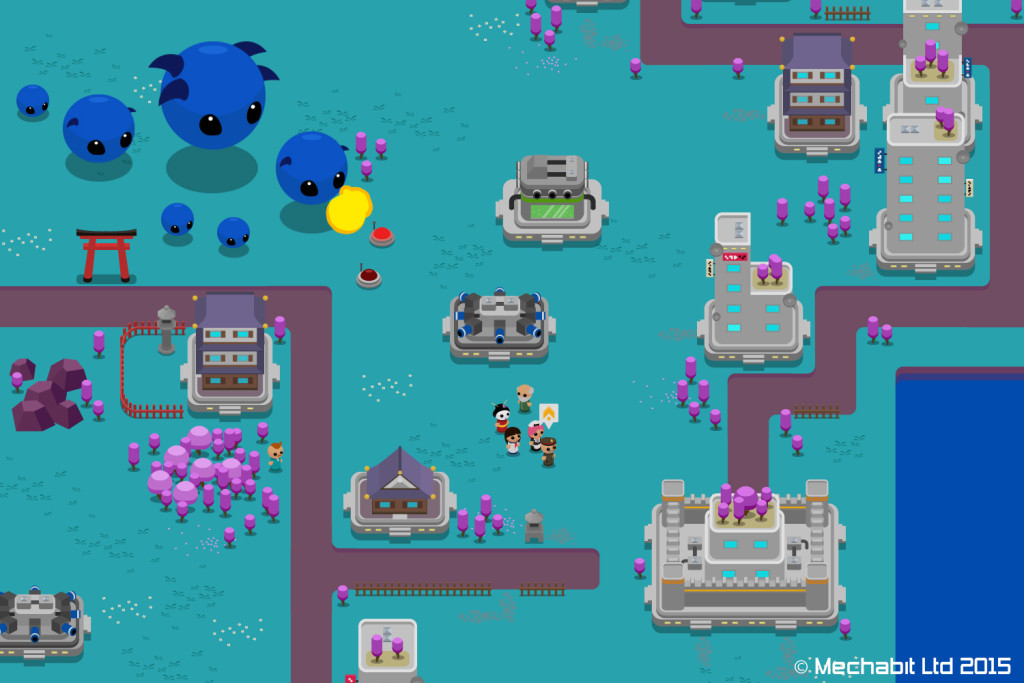 The first charming thing that is presented to you with Kaiju Panic is the story.  It is both rather brutal and cute at the same time.  A meteor strikes the Earth and as the scientist assistant you are, you must collect fragments of the meteor to study.  However though, the meteor has brought something else along with it – Kaijus!  These monsters vary in sizes and abilities but all have the same motivation – destroy the Earth.  Kaiju Panic sees you travel across the world holding back these rather cute monsters by using your towers of various powers.  At the core, the story is world destroying but it is something about the art design that makes it feel not too serious. 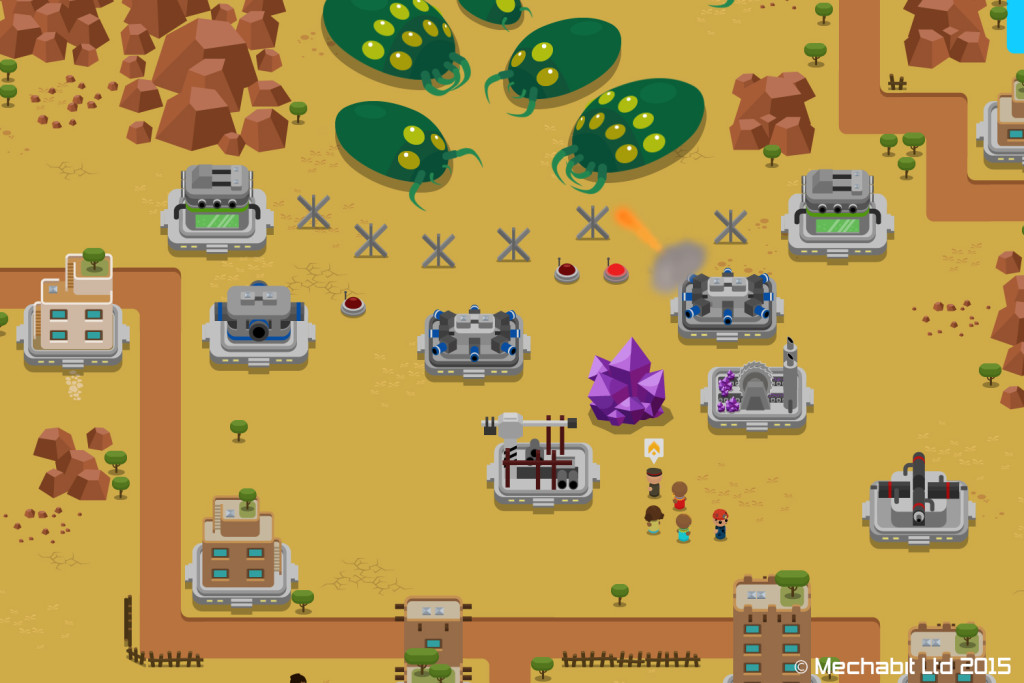 The gameplay is pretty much what you would expect from a tower defence game.  You collect the resource (meteor rocks) until you have enough to build your required tower.  Each tower will be better against certain enemies but due to this information being locked out of the main game (only accessible in between missions) it can make the game play some what trial and error.  If you like this style of play but when all the required information is ready available it is just annoying that you cannot access this information on the fly during the level you are currently playing.
On the up side though, the levels are very well designed and fun to play, so having to replay them should not be an issue.  Not only will you be replaying due to lack of information, you will be replaying because you will find yourself getting so far through the main campaign and realising that you do not have enough research points to progress successfully.  New towers can be brought through the research centre along with various upgrades to towers currently owned.  These upgrades could be the difference between a successful mission and failure. 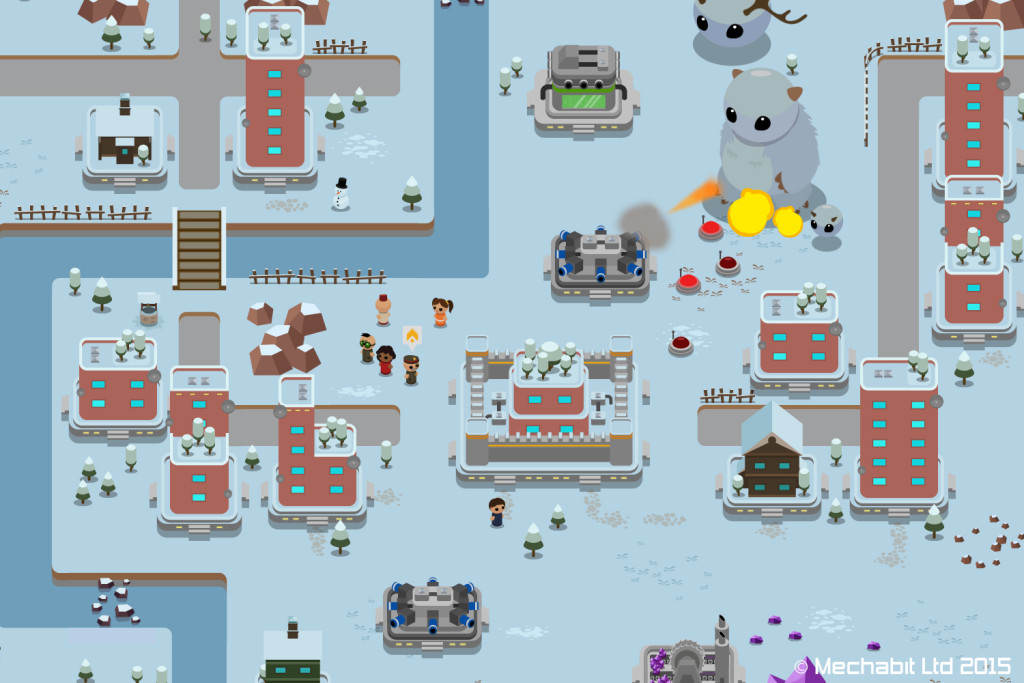 As well as the standard tower defence gameplay, Kaiju Panic adds a few new features that make the genre feel fresh.  Each level will have a set amount of survivors that you can rescue and these will add to your final level score.  However though, the survivors continue over to the next level and can be used to upgrade your towers on the fly.  Some survivors will add defence whilst some will add power.  It is a great way to change the outcome of any level.

So, how to sum up a game in a genre that has been used many time before in the past?  By using a saying that has been used many time in the past – “Never Judge a Book By the Cover”.  Yes Kaiju Panic is a tower defence game and yes you may have played one like it in the past but this adds something extra that make it just that little more special.
Kaiju Panic may look like a television show you would expect on a Saturday morning kids show but underneath the bright colours and happy faces is a tough game that will challenge those who have mastered tower defence games of time gone by.  Strategy fans will find many hours of fun here but if you are someone who crumbles at a challenge then you may want to sit this one out.