Valkyrie Drive Bhikkhuni is a new IP that is produced by Kenichiro Takaki. This game has already released for the PSVita and forms part of the Valkyrie Drive media franchise from Marvelous. Taking gameplay cues from the Senran Kagura series, Bhikkhuni offers players a whole new universe & new set of characters to get to grips with. Does Valkyrie Drive do enough to set itself apart from Senran Kagura, which is sure to be a looming shadow over it? Lets find out 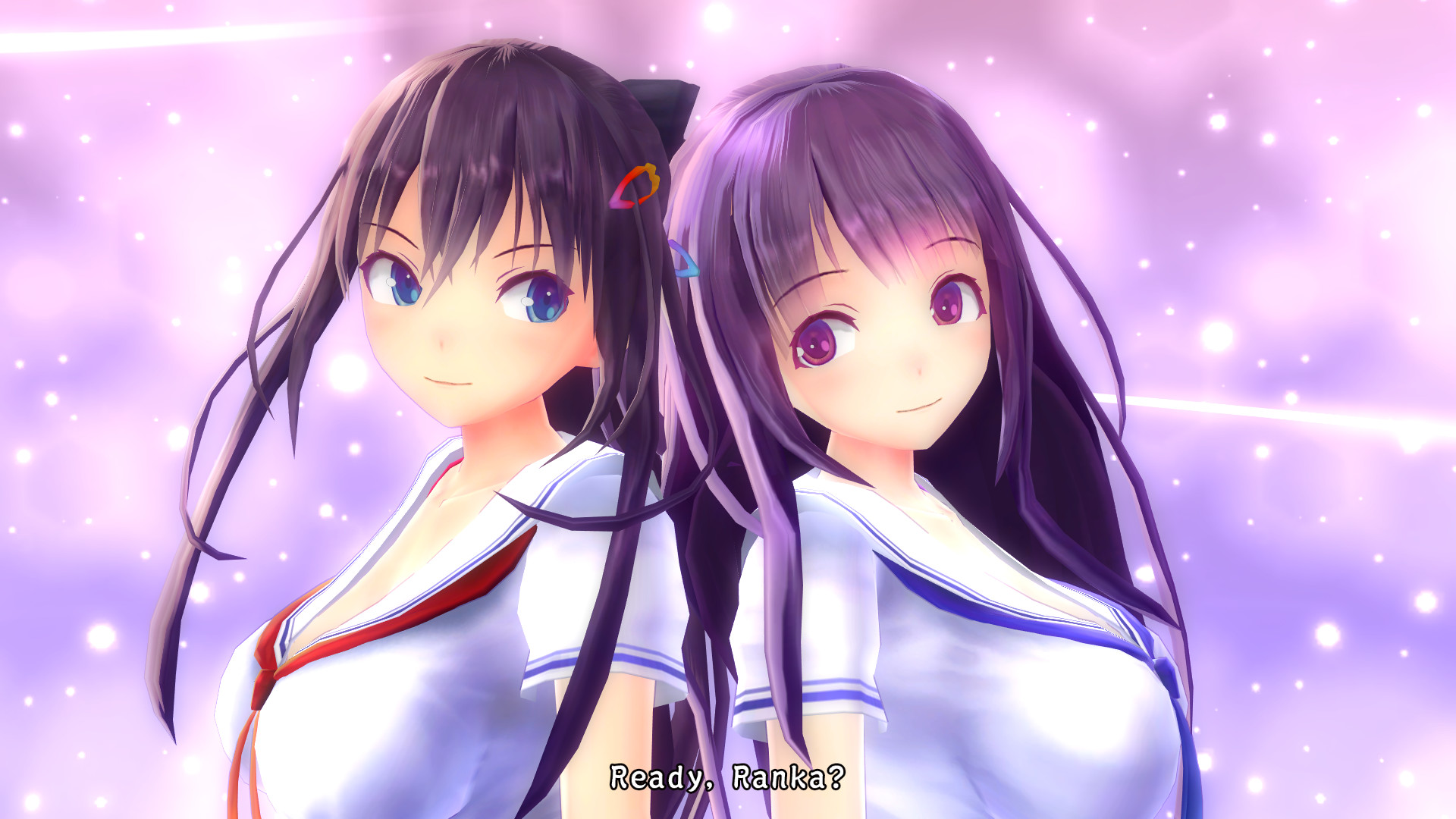 Valkyrie Drive follows two sisters, Rinka & Ranka, who have taken to enrolling at a world renowned academy on the island of Bhikkhuni. Most girls in this universe fall victim to a V-Virus that can consume those infected if not brought under control. Our sisters have luckily found themselves enrolled at the facility which has the best success rate in curing the virus and meet up with other girls in a similar situation. It turns out things aren’t going to be easy, with treatment consisting of training & battles to help build the control they will need to keep the virus at bay.

I tend to enjoy the stories on offer from Kenichiro Takaki & this one is no exception offering up plenty of fun and the occasional serious moment. The games small playable roster harks back to the early days of Senran Kagura, allowing plenty of focus on the girls so you get to know each one. This plenty of focus can also start to grate a little, not because of anything done wrong either, just that the dialogue sections usually outstay their welcome early on. Before each mission your greeted by a lengthy dialogue section that can usually last longer than the mission your about to do, with another following the mission. It leaves the game feeling more like a Visual novel than an action based beat em up with a story. The further you get into the game, the longer the missions last so things do balance out, but it makes for an uneven start to the game. 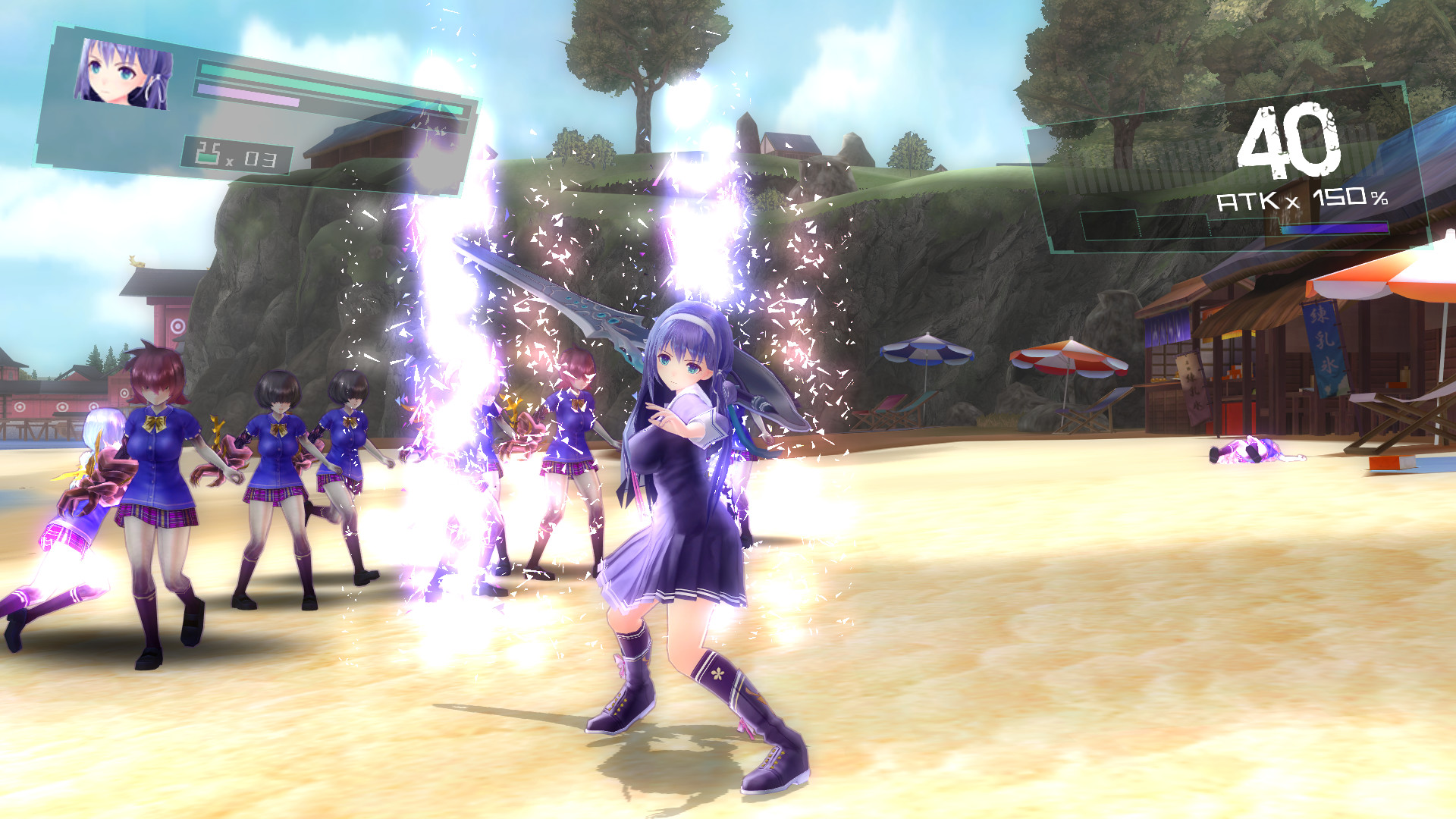 As you’re no doubt aware, this is a Vita port. That usually means two things, light on resources & lacklustre textures for full HD, and both of those do apply here too. Texture detail can be lacking in certain areas, but that doesn’t mean its all bad by any means. Some of the environments can look good anyway, helped by the games anime style, with the character models being unsurprisingly of a high quality. These are also used during the games dialogue sections, and animated accordingly, with the full voice acting giving those a high quality sheen. One of the best things about the game though is its scalability. My system (R5 1600/16GB/Fury Nano) is way overpowered for the game and could run it completely maxed without breaking a sweat, which is good news for those on less powerful hardware. Performance is good on less capable hardware, even on laptops, with 60fps easily attainable with a resolution drop or settings tweak.

There’s a decent amount of options to teak as well in the menu, with the game currently topping out at 1080 – no 4K life & hometown at the time of writing. If push comes to shove, you can play the game at PSVita settings with a 30fps lock on a toaster and still have some fun. You’ll still get those awesome physics at least! The only other quirk with the presentation comes comes with the audio. For the most part its good, with the usual high quality dub one would expect, only it can occasionally falter with distorted sound etc. This tends to happen only during dialogue, other areas such as BGM aren’t affected. Still, it’s not a continuous issue with the game and could be ironed out completely at a later date. 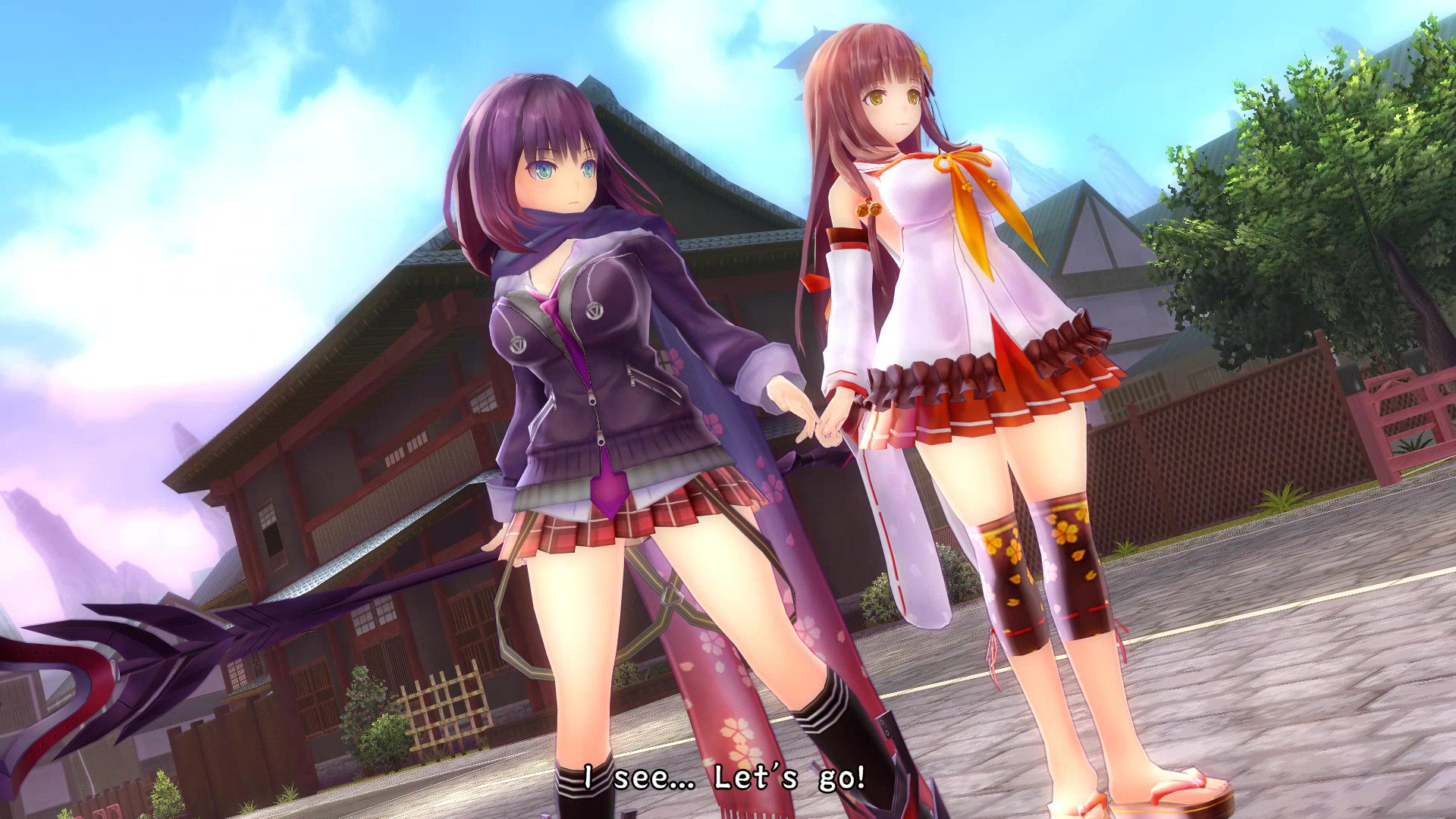 If you’ve sampled any of the Senran Kagura action based games currently on PC, then you’ll feel right at home with this game. It plays relatively similar with many of the mechanics focusing on building up your combo for maximum points & damage, as well as special attacks & transformations, with a few little tweaks like your boost now becoming similar to an attack that you can add to your combo. Luckily the playable characters all have their own unique style, and this helps keep things a little fresh as you plough through the game. Levels will usually see you taking down regular foes before fighting a boss at the end, with a little exploration teased by seeking out rooms that may contain loot – usually the loot is the best kind too, lingerie. These you can take to the dressing room and customise your character with, or get a little more intimate with, or can you head to the lottery in the hope of scoring something nice for your favourite girl by handing over some points. You’ll get ample opportunities to check it out during combat too, cloth break is here & the way combat flows means you’ll get plenty of peeks.

To be honest if you’ve grown tired of the Senran games then this won’t reinvigorate you much. Aside from the tactical nuances afforded by combating various different enemy types that can boost comrades or themselves, much hasn’t changed. Outside of the story mode you’ll eventually unlock other modes to play, but they play out in a similar way. Challenge mode sees you taking up missions within the stages, and survival mode has you fighting waves of foes. All modes play similar, but you can get some interesting games via multiplayer. 4 players can square up to see who’s got the best mastery of their favourite girl. The dressing room will be likely where you’ll tend to end up when battle fatigue kicks in, with a couple of additions here allowing you to build up a rapport with the characters as well as deck them out in your favourite outfits. 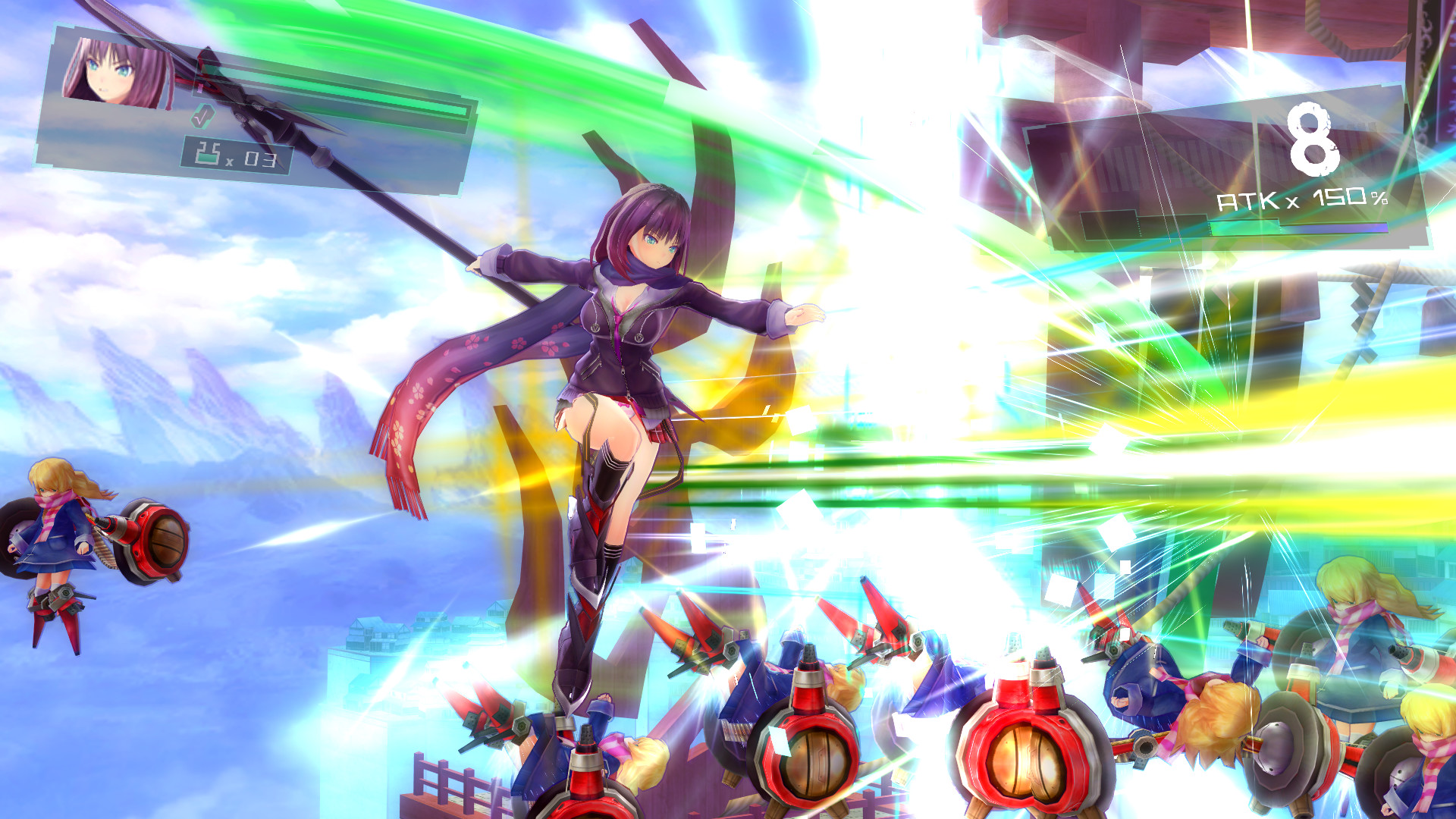 Valkyrie Drive Bhikkhuni knows what it is and doesn’t try to sell itself any other way. Sure, it plays similar to the Senran Kagura series, but that means it already has a solid foundation to build on – plus it turns the life & hometown up another notch with added yuri! If you’re burned out on Senran Kagura this may not sway you, but for everyone else there’s a feisty girl on girl action packed brawler here that’ll certainly dazzle.