So Jabrones, Marks, Smarks and Casuals you may of heard the name Fire Pro Wrestling thrown around if you dared to venture outside of Vincent Kennedy McMahon Jr’s lofty Wrestling empire, be it searching for an alternative to the yearly degrading of the 2K series or maybe just wanting a little more simulation from your tight wearing combat game, so what exactly is Fire Pro Wrestling & why should you care?.

Fire Pro Wrestling is the ultimate in wrestling simulation, it’s not the prettiest and it does lack some of the spectacle of the more american of offerings but what it does is bring together the most expansive creation suites with the largest move roster and marries it with the largest amount of wrestling roster around. It isn’t tied down with any official licencing but like most should you want to create some dream matches or recreate the wrestling world the editing and creation options will have you booking your fantasy NJPW vs AJPW battle royale with a spot of WWE taking over IMPACT! while Lucha Underground watches from the side.

Now if the above sent your head off in unknown directions then this might game may not quite be aimed for you, despite having a tough yet robust combat system and being one of the finest multiplayer games around, half the fun in the game is customizing your personal Wrestling universe. booking your matches, dreaming the feuds and recreating the classics such as Shawn Michaels vs Razor Ramone’s legendary ladder match.

So all of this sounds good right?, if you’re new to the series then it’s nothing more than a simple wait throughout the year for the Early Access Release on Steam or the following Playstation 4 release. For those familiar with the series, THE WAIT IS OVER!. The last proper release (Which means we aren’t counting that god forsaken Avatar game on 360!) was on the Playstation 2 way back in 2005 & 2007 in the US, it did reach Europe but was an extremely small run and didn’t reach most countries, luckily the game is readily available on the US PSN for Playstation 3 should you already be feeling the itch. 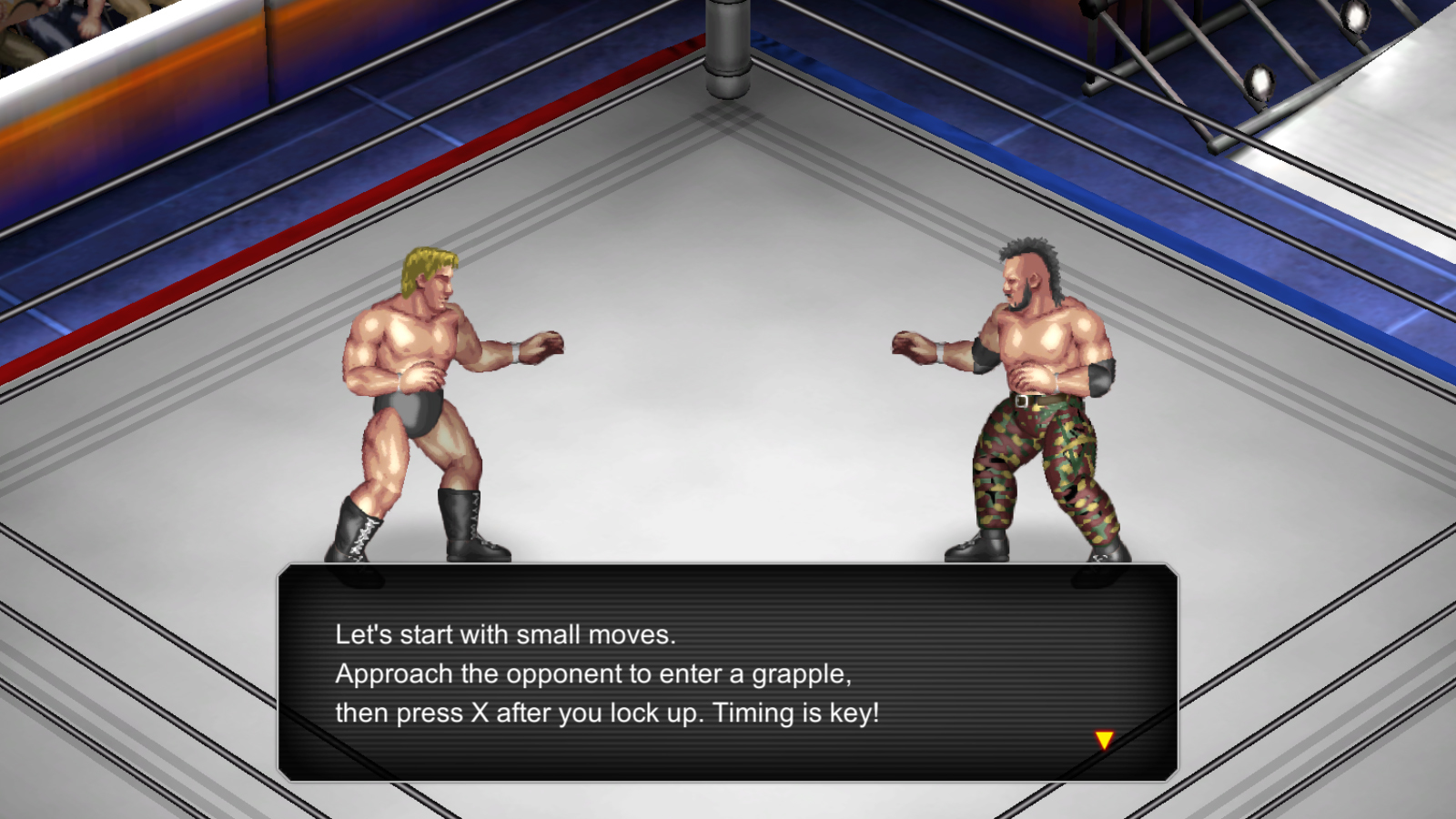 If you’re worried about the pedigree of Fire Pro Wrestling then worry not, the series launched in 1989  on the PC Engine and has graced systems such as the SNES, Sega Saturn, Dreamcast, Game Boy Advance and Playstation 2. It features one of the most dedicated fanbases who pour their heart and soul into the creation side bringing the latest rosters for all the federations around the world & it also helped launch the career for a little known director called Suda 51.

So that’s the low and mid card out of the way, now to the main event! Fire Pro Wrestling World!. As mentioned the game is releasing on Steam & Playstation 4 making it instantly the most accessible one yet. The game will include all the creation aspects the series is famous for, thousands of wrestlers based on existing ones, many different match types including the option to have MMA style bouts in the famous Cage contained Octagon but the major addition for this title is the option to play multiplayer online!. 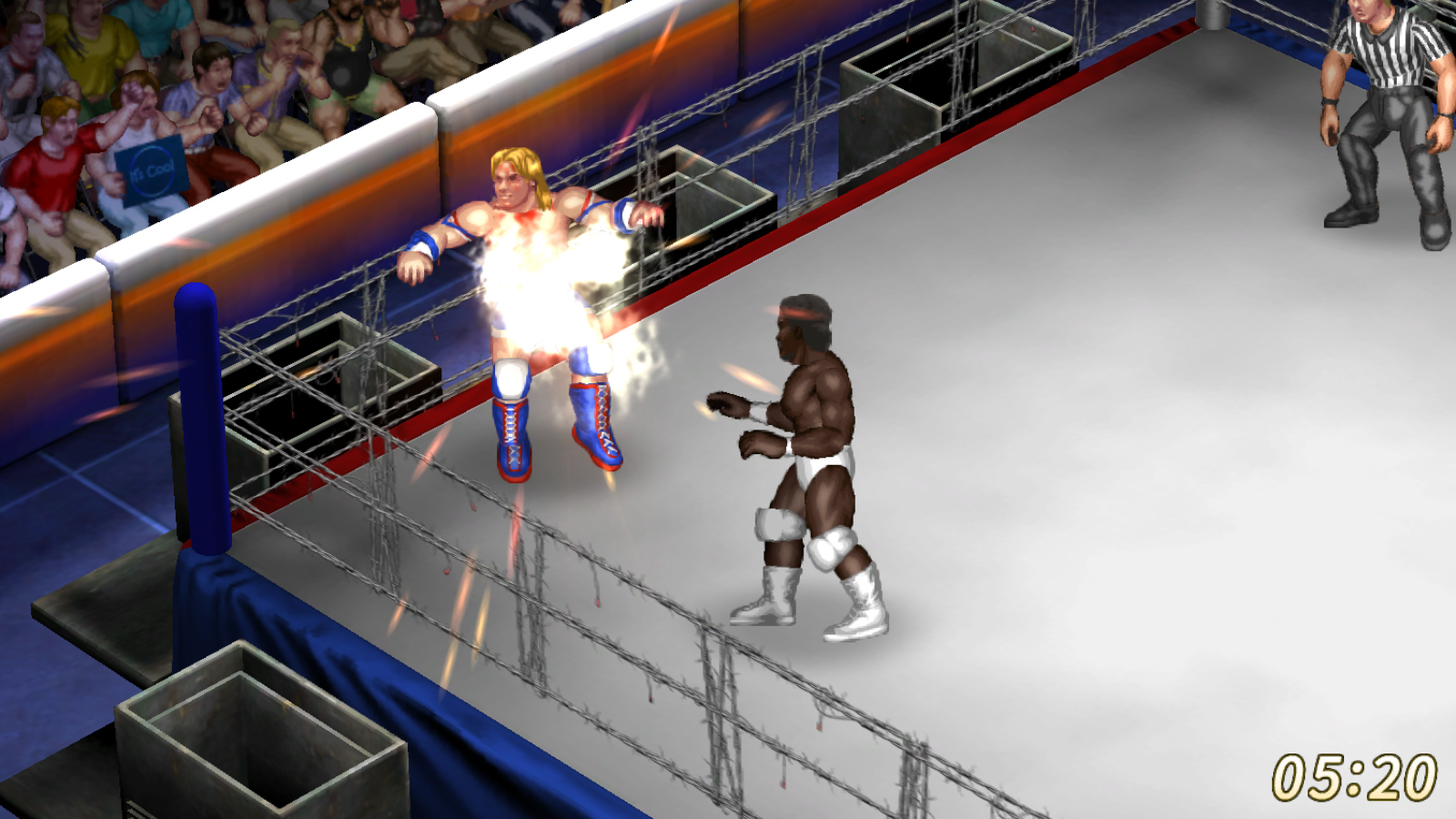 The major addition of Online will really help sell the game to more than the hardcore fans, boost the series life and should be one of the finest multiplayer experiences you can get on PS4 & Steam should you be a fan of the the old Sports Entertainment!. 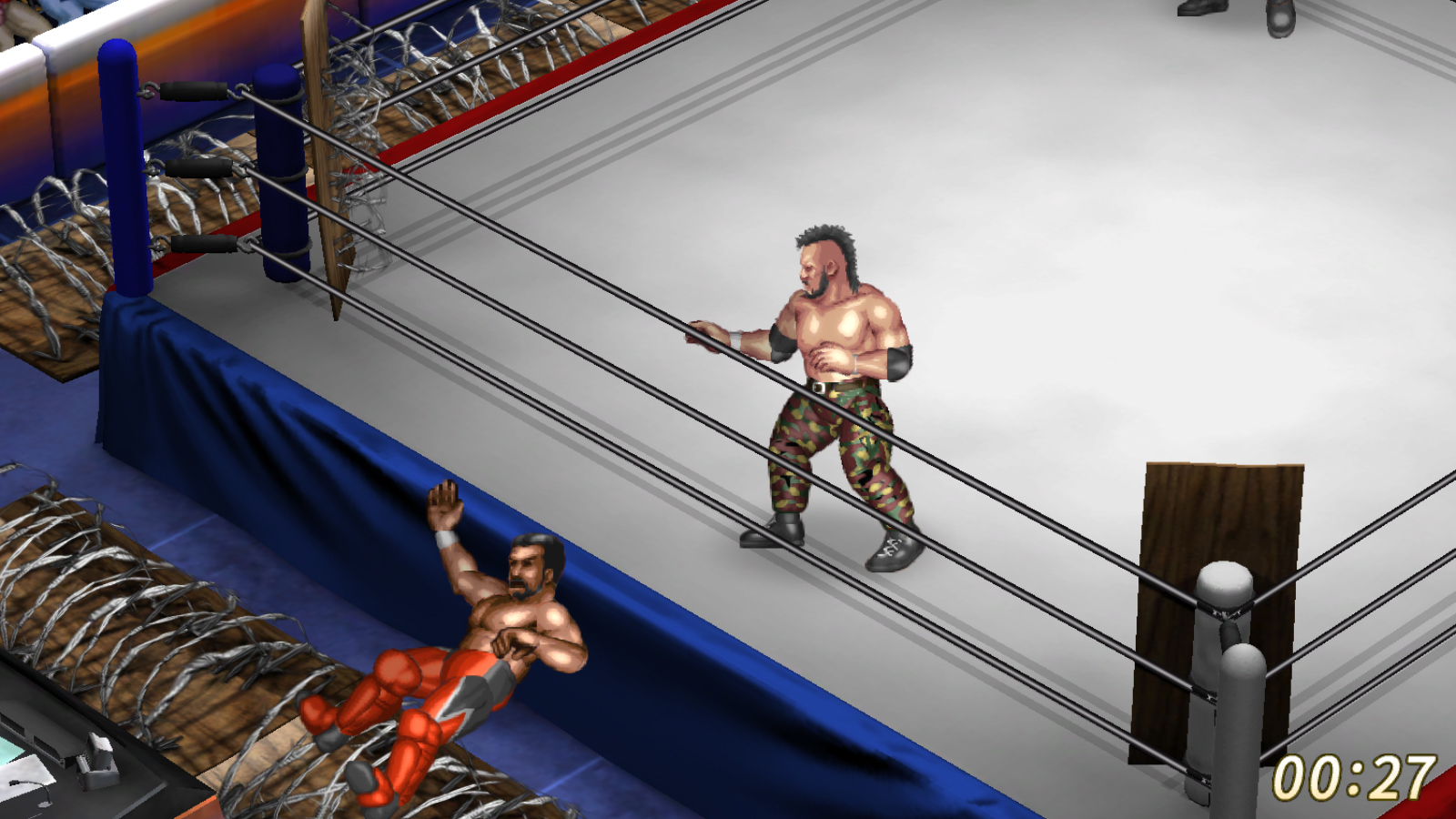 The game will allow for up to 8 Wrestlers in the ring at once which means you can have some juicy 8 man tag matches, the option to view your movelist mid match offline, the new inclusion of Mission Mode which teaches you the ins and outs of the intricate combat system and the below modes.

Here is some camera footage of the game from a recent event, thanks to 4GamerMovie for the uploads

Keep your eyes on us for more details surrounding the game, it’s early access and console release, previews and review of the title around it’s release, now if you don’t mind me I need to rewatch Okada vs Omega 2 from New Japan Pro Wrestling Dominion before hitting up FPW:Returns!.

You can also see my retro review for the Dreamcast by clicking this link HERE.