Touhou: Genso Wanderer is the first RPG in the series, dating all the way back to 1996, to make its way to the Playstation 4. Originally started as a means for it’s creator to develop their own music, the series has blossomed in the subsequent years due in no small part to the plethora of quality fan made games – the latest in Touhou Genso Rondo also seeing a PlayStation 4 release. Does this latest release in the Touhou series take things to the next level? Lets find out. 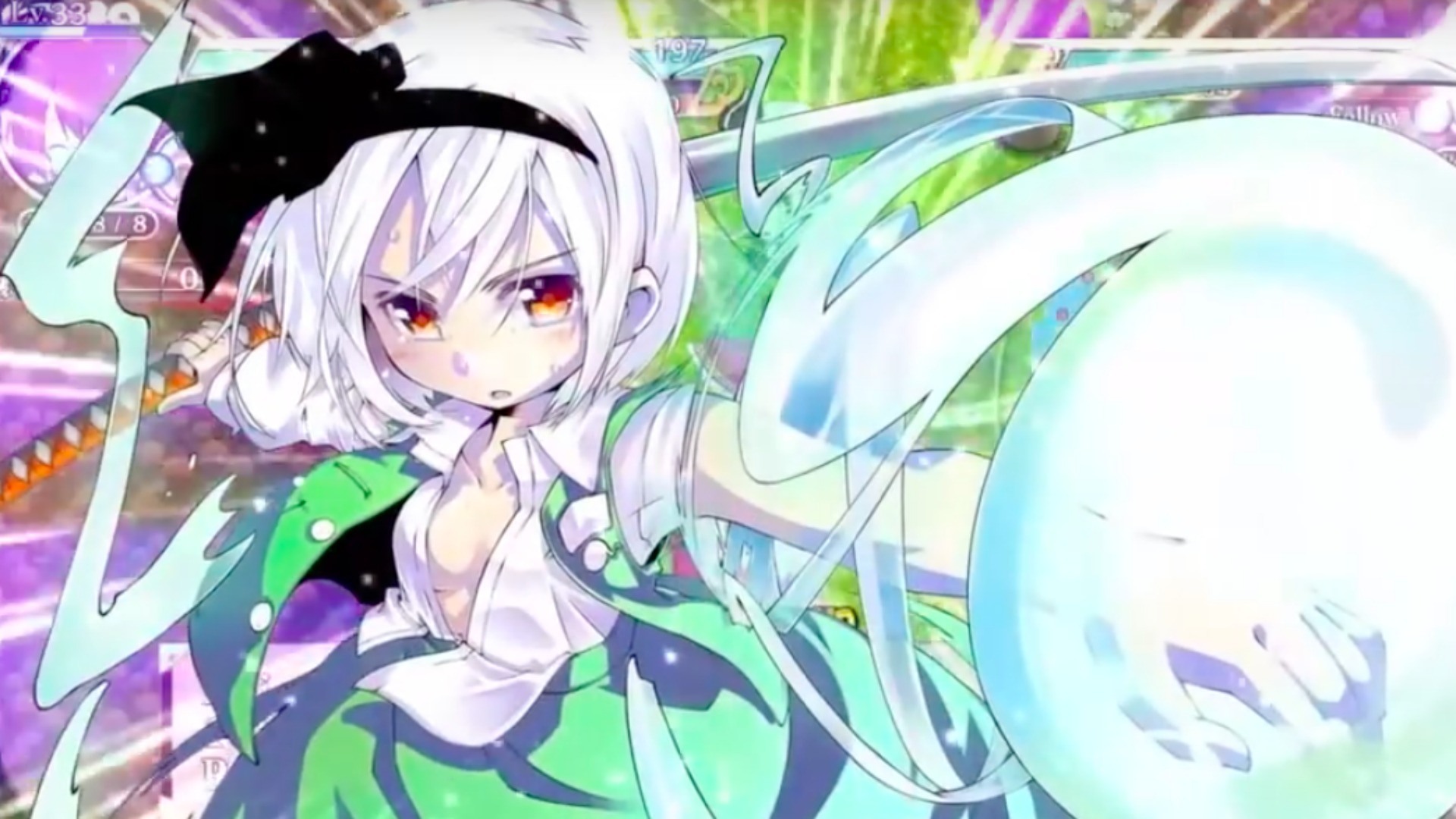 Touhou opens up with Reimu taking shelter in a store, owned by Rinnosuke, after sneaking out from the shrine and getting caught in the rain. She spends some time looking at the items in the store before being drawn to the golden sphere being held by Rinnosuke. The sphere has a mystical ability to charm those that see it. Reimu becomes entranced and a struggle ensues before she finally gets to touch it. The sphere instantly becomes inflamed and rolls across the room. Rinnosuke instantly goes to pick up the sphere and a white light blasts away the rain leaving Rinnosuke standing there, seemingly different than he was before.

Your journey starts here after a quick losing battke/tutorial with Rinnosuke. On your way back to the shrine you come across Futo Mononobe trapped and you save her, she then becomes your partner for the subsequent quest to find out what is going on. Reimu may be the protagonist, but Futo kept thing ticking along for me. The amount of times this loli hilariously threatened to burn down folks businesses & villages never got old, that was once everyone in the conversation even noticed she was there. The game won’t be winning any BAFTA’s for storytelling, but a good support cast fans will appreciate and some honestly good laughs keep the game plodding along nicely. 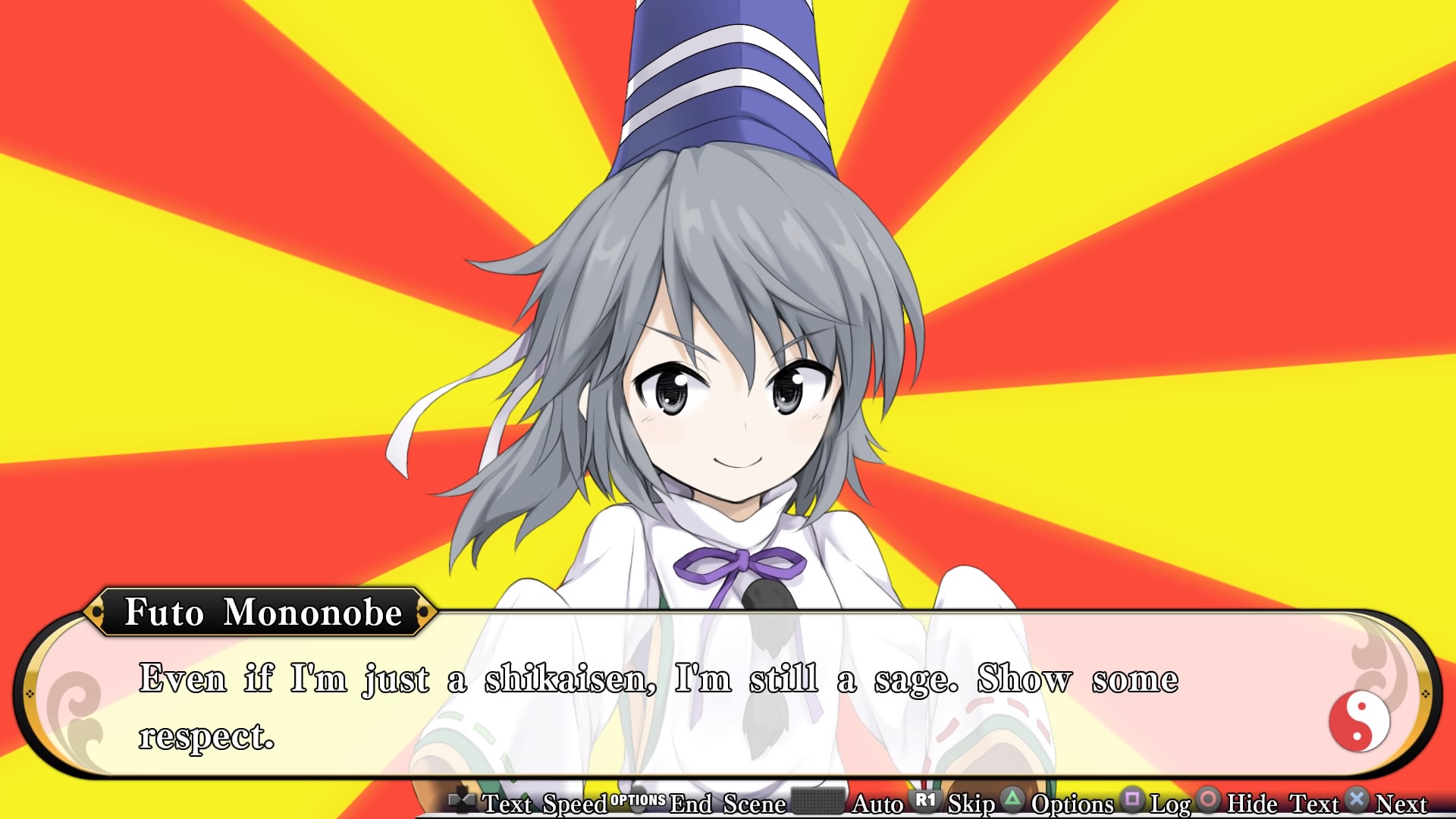 As a moe connoisseur, Touhou hits the right notes for the most part visually. Sprite detail is great, and the changing expressions & animations during the games dialogue are well worked. When entering the dungeons the game takes on a somewhat chibi styling to the characters sprites, but it doesn’t seem out of place and keeps up with the high quality on show during dialogue. These are also well animated with even the enemy characters having plenty or of detail & unique styling to help each stand out. Some of the floors also packed in a lot of colour & detail. As expected for a game like this the framerate rarely, if ever skips a beat with smooth transitions and some well worked spell effects during exploration. It’s not all rainbows & unicorns though as the love isn’t spread evenly. Whilst key floors, like villages etc, sport a decent amount of detail – the same can’t be said of most floors in between. These tend to look a little devoid of any unique details to make them memorable. Granted, there are times when they look really good, but for the most part these floors are forgettable. The audio is as you’d expect from a niche JRPG. Perfectly fitting music and a Japanese voice track. It was nice to get different tracks on a regular occasion, with each fitting to the style of the floor your currently exploring. Fans of the series will appreciate the VA’s filling their roles for this game, and each puts in a good show.

Gameplay did surprise me to be honest. I went in expecting a typical niche turn based RPG and was left pleasantly surprised at how different it seemed to play whilst being, funnily enough, turn based. The game mainly revolves around finding exits on the current dungeon to take you to the next floor as you try to make your way to a safe floor with an inn. Movement is played out on turn based basis too, one space moved by you is the same for all the foes on the floor. You have to be sure to eat any food you find to keep ya tummy full as once this bar hits zero your health begins to drain, health will regenerate though whilst not in battle. Defeating enemies not only levels you up, but your equipment too, which you’ll still likely ditch early loot for when you get later level stuff. As you progress you’ll gain the ability to fuse & synthesise items, which helps keep you tooled up as you progress. Hell, there’s even special dungeons to seek out and conquer. I quite enjoyed the gameplay, but it does have a sinister side.

The flip side to the coin is the downright infuriating moments you’ll occasionally face. One in particular is the Pandemonium Battles. These are random, so can happen at any time, and will see you spawn on the floor surrounded by enemies. If you don’t have any area-of-effect spells to deal some damage or allow an escape, you’re toast. The random nature of these makes them difficult to plan for. If you die, make sure to reboot the game to carry on from that floor. Choosing to restart the dungeon sends you back to floor one with your level & money reset, you get to keep your loot though. It’s a good way to level up good equipment found on later floors I guess, but it’s a hell of a grind getting back to where you was. Then there’s the odd foe that seems way OP, soaking up damage & dishing out double bops to see you to a quick death. I’m probably making the game sound worse than it is, it’s actually good, but the randomised nature of the dungeons leads to the occasional moment of hair pulling frustration as you just can’t plan for it.

Touhou: Genso Wanderer gets things right for the most part. The gameplay is good, decent moe and a humorous story will keep things ticking over whether your on the console or handheld. The usual trappings of a roguelike RPG can be a real kick in the nuts though, leading to occasionally infuriating moments when it’s randomised nature really piles on the odds. Still, there’s a decent RPG here, one series stalwarts will appreciate the most.