Moto Racer 4 is, as the name implies, the fourth release in the Moto Racer series. Starting off life on the Playstation One, this long running franchise has sped onto current gen consoles and also includes VR options for the lucky users with the PSVR. Is Moto Racer 4 a tidy little runner or should it be taken out of the race for good? Read on to find out.

Moto Racer 4 is powered by the Unreal Engine 4 so you’d assume it to be stunning and eye-catching. However, all I can say about the graphics is that they are good-looking. With colourful, dynamic landscapes and tracks, it makes the racing feel a bit more immersive. I cannot say the same about the bikes themselves, they’re nice but at the same time they feel too basic and lacking in any major detail. Graphically I think this game could be improved. The same goes for the audio. There is very little background music whilst racing, so you’d expect the engines of these bikes to be loud and beefy – but instead they just feel weak and underpowered. For me it took away some of the enjoyment from the game as I’ve been brought up around powerful bikes. That’s all to be said about the graphics and audio in this game, it’s lacking and could do with an upgrade. 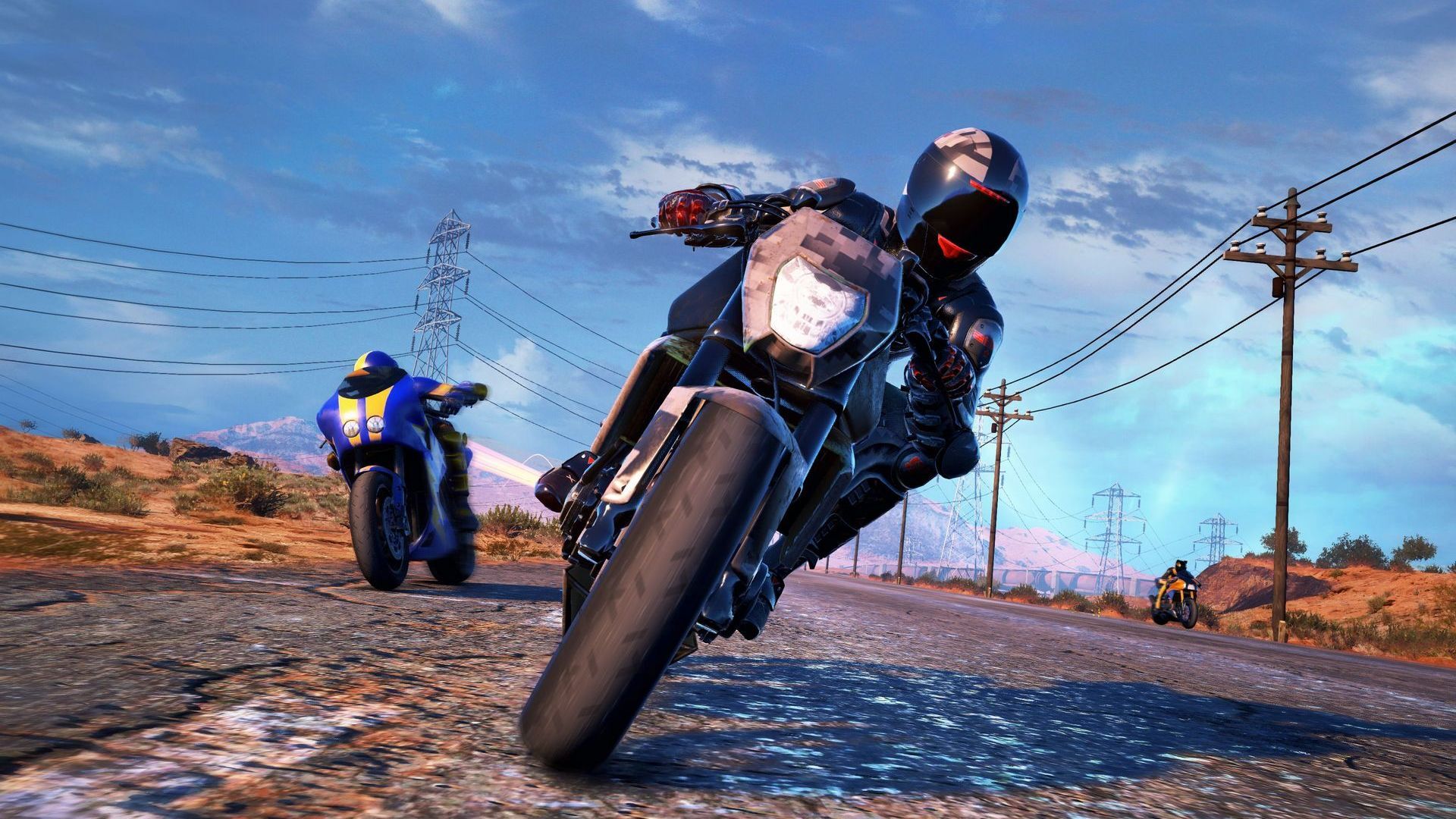 Moto racer 4 puts you in the shoes of one of ten characters, each with two bikes, and lets you choose whether to compete on asphalt or dirt in a variety of challenges. The challenges vary from simple races to intense time attacks that has you swerving in and out of cars on a freeway.

You start these array of challenges by selecting a difficulty level, 1 star being the easiest and three stars being the toughest. Once you complete the challenge on your chosen difficulty you are rewarded with stars that help you progress through your career and unlock more riders and bikes. However this game implements a score resetting feature, this means after every challenge your score gets reset and you get presented with your new score! This all seems fairly redundant at the start of the game, it’s only when you lose your first race that you see how the score reset truly works. This is because you can acquire ‘negative’ stars for not completing the challenge. For example if you had a single star on a championship race and went for the two star and didn’t meet the requirements your score would reset and you get minus two stars in your career, so a bit of work is required to get and maintain the best scores. However whilst trying to achieve these stars you can notice a significant increase in the AI difficulty to the point where you can come first in a one star race and last in a two star race. This combined with the score resetting mechanic can lead to some extremely frustrating moments and ultimately can make the career mode lack enjoyment. 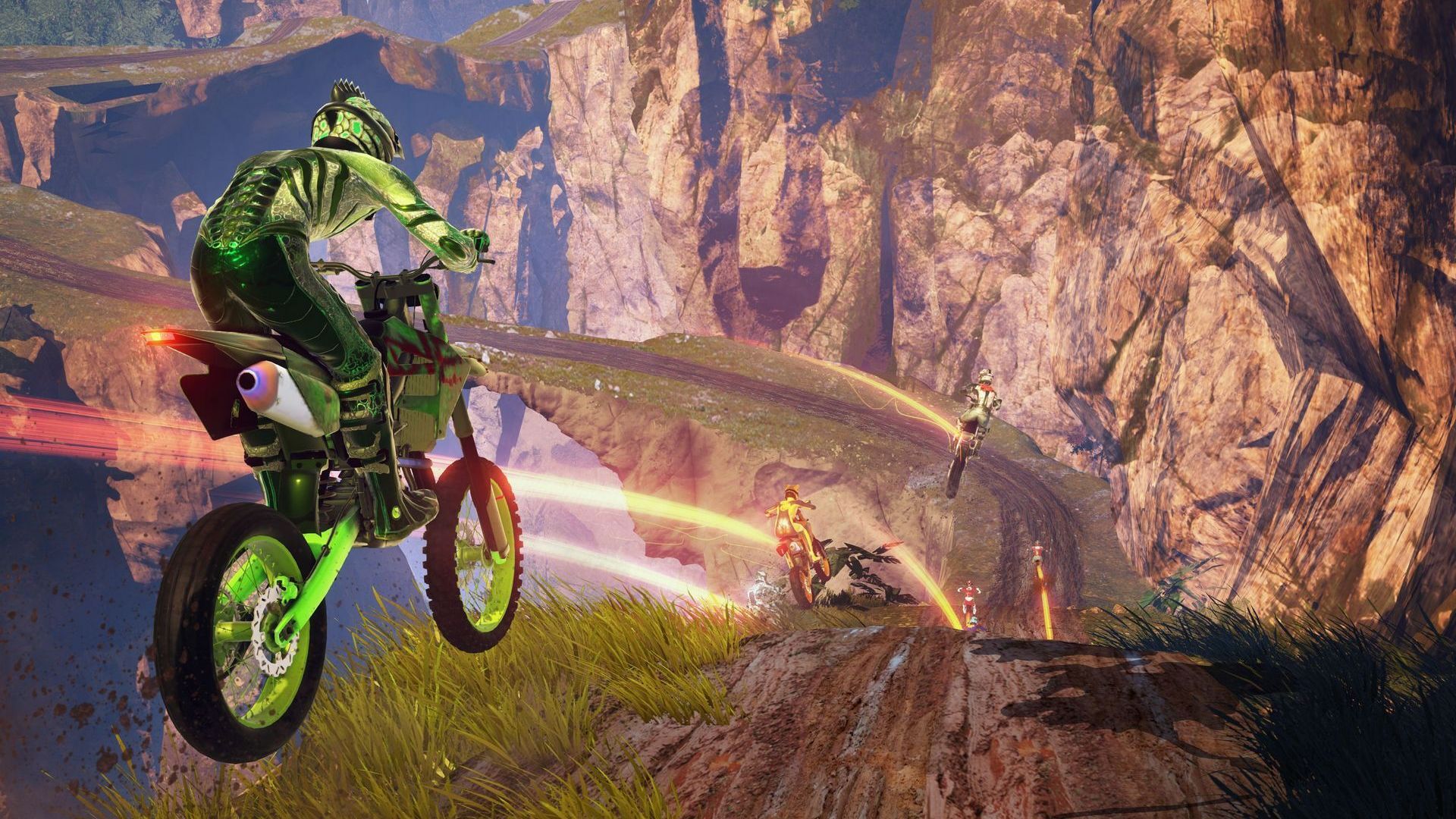 Another feature in the career mode is the addition of style points. You get these by performing well in a race, or if your on a dirt bike you can perform different tricks, that are unlocked throughout the game. Much like the AI difficulty increase, style points can be extremely hard to get as you can be penalised for essentially everything you do wrong. If you swerve off the road or take a corner a bit too wide your style points can come crashing down. However if you get enough style points in a race you are rewarded with upgrade points that can be used to upgrade either of your riders bikes. You can upgrade a few different parameters such as handling, acceleration or max speed. You can also visually customise your rider and bikes from a multitude of colours.

There are a few other modes besides career these are: quick game, split screen and online.
Split screen is self-explanatory you and a friend can go head to head in one of the various modes. This is true for online as well, you choose your desired mode, search, then race to achieve victory. However my go to mode is the quick game. Tthis is as the name implies a simple quick play mode where you can choose from four different types of game and race. The real beauty of this mode is that two of the selectable game modes support VR with more tracks for each coming soon.

Playing this in virtual reality allows you to play the game as if you are the rider him/herself. This for me added a new level of fun to the game, being able to view the environment and the other riders really made me feel more immersed. However, it didn’t make up for the lack of vr features. Unfortunately soon the novelty wore off so the experience became stale and I went away with a bucket… 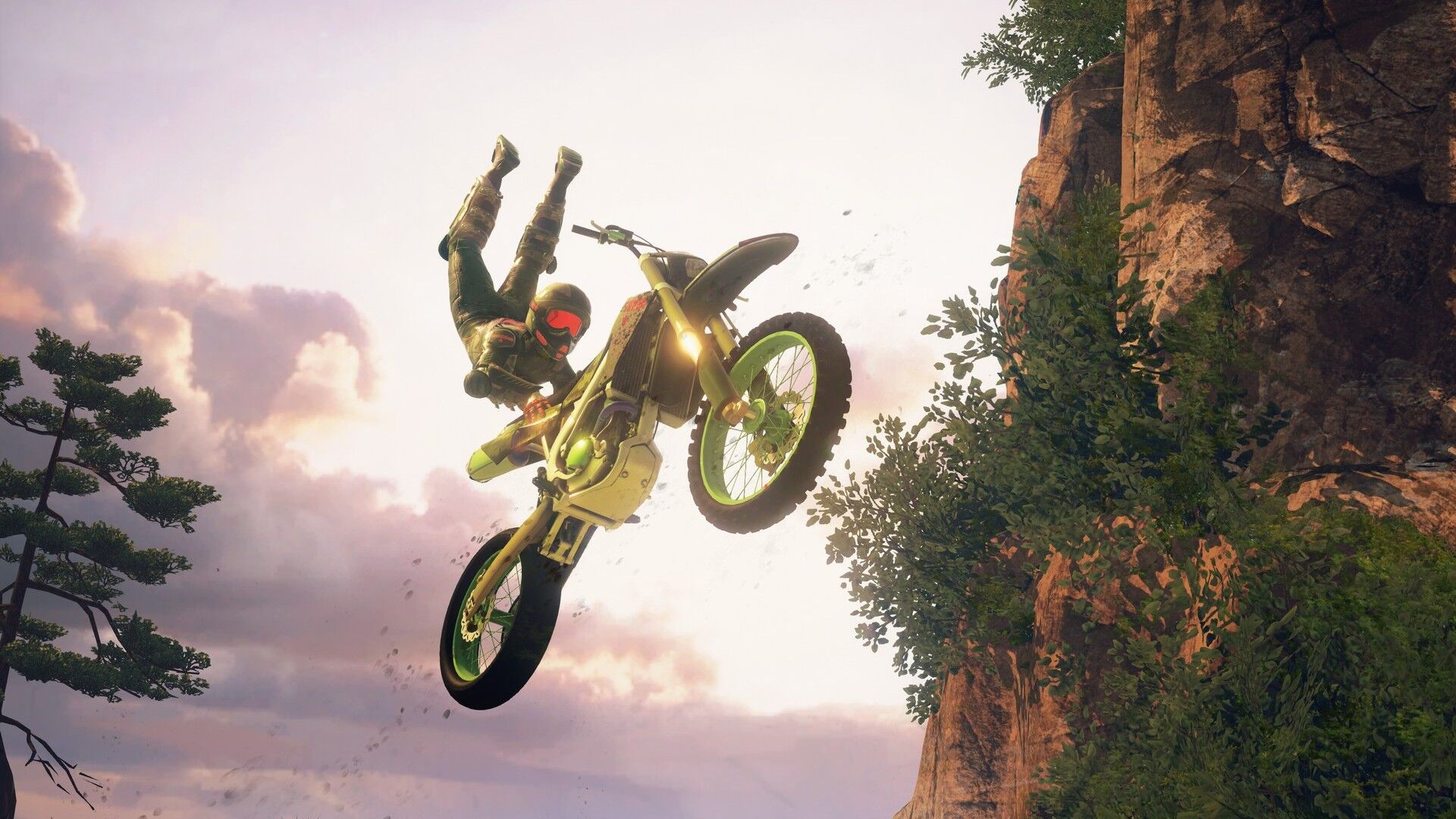 Overall I enjoyed my time with Moto Racer 4, but I don’t feel like I’ll be rushing back home early from work any time soon to play it. It’s a fun game with some interesting gimmicks to it, but the novelty of it soon wears off and your left frustrated trying to redo the same race again and again – only to fluff it up and have your progress reset. I feel if the whole game was in VR it could potentially be a different story and maybe more enjoyable, however it’s not so we have to make do with the game how it is – which is average.