Corpse party BD is a survival horror adventure game developed by Team GrisGris & 5pb.
It has been Published by Marvelous for Europe and is the final episode in the heavenly host horror adventure saga acting as a sequel to Corpse Party: The Book of Shadows on PSP.

The game is set a couple of months after the events of the Book of Shadows, the price of dabbling in the dark arts still lingers with everyone who are reeling from the events that had transpired, the friends that had been lost to them and forgotten by everyone else. The world around those that survived although much the same seems somehow alien. People having no memories of those that died and those that have now taken their places are uncannily like them also seeing curse protection talismans in stores next to the canned goods, something which would not have existed before the events of the Book of Shadows. With all this weighing on grief stricken Ayumi’s heart, she is approached by someone who not only knows of the previous events but is also claiming that the Grimoire believed lost could in fact revive those who lost their lives. With this information she sets off determined to set things right, but are there more sinister powers at work ? 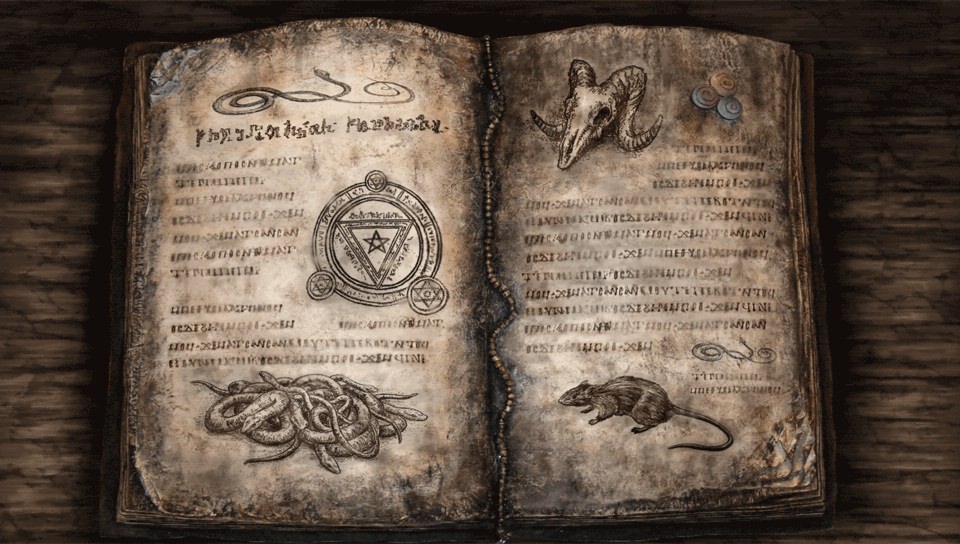 This title is very heavily text based and broken up into 10 chapters with 3 extra chapters in post game mainly made up of text and offering a choice that makes only a small difference to the outcome. However I do have to commend it for been very well done, I would happily play this title as a straight up visual novel as it is clear and well paced while explaining everything clearly and fills in any blanks for those that missed the previous title. The pace is quick enough that you don’t tire of the bouts of text that are broken up by the survival adventure aspects. All this is done in a VN style and it and works really well, the text display and dialog boxes really fit in with the themes rather than seeming out of place. 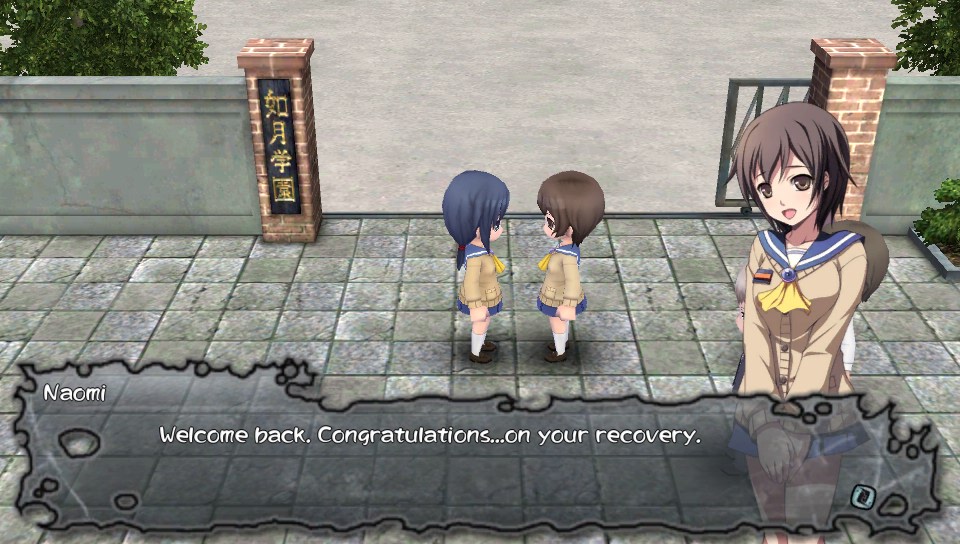 Following the story progression you take control of a chibi styled version character you playing as, there are a number of characters who you can switch between at will within your party  when you finally get control of one of the cast it can be for many different reasons,  from a brisk evening walk to running away from murderous souls that want to beat you to death. This break from the text driven story can take anywhere from a few seconds to half hour depending how much exploring you do. While in control your job is to stay alive and find that book which will prove no easy task as you will have to investigate, avoid traps, gather items and more all while avoiding the many souls that want to destroy you. Armed with nothing more than your trusty flashlight are you up for the challenge ?…. Fortunately this is not as hard as it sounds and even those new to the series will be able to pick up and play without to much trouble. with a little common sense you should be able to easily navigate the traps and pilot your way past these lost souls. Careful use of items such as bandages and talismans will increase your odds of survival too. 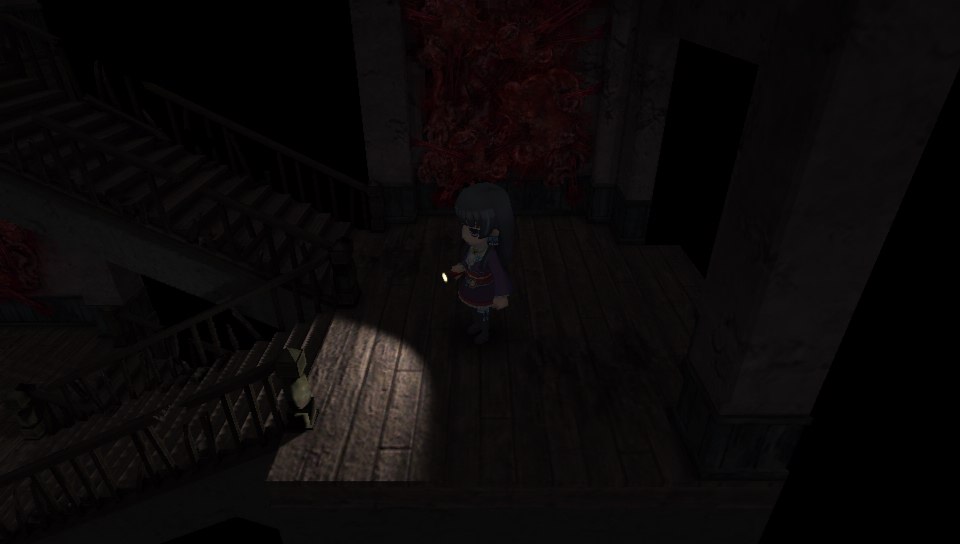 My main issue with all this is sometimes there are momentary freezes when interacting with objects or a slight delay/stuttering in movement. When it comes to scenes however this is not major it does affect the shock value I expect from a horror title for example you open a door to find a dead guy and your player falls back in shock then a second later the audio scream arrives after the text display. As I said it is minor but I feel it really diminishes the horror vibe.

As you progress you will encounter more and more ways to die but also more ways to counter them. When been chased down by spirits you can hide from them in cupboards until they pass by however this does not mean your safe as if they see you enter they may drag you out and kill you. Fortunately there is a secondary defence in the form of talismans that will banish a soul however each is a one time use so they are more like a last resort. Debris and trip wires will reduce your HP forcing you to waste healing items so you find avoidance, disarming and being cautious will be your best options. Finally there is also the Darkening which increases as you come into contact and interact with the occult, things like investigating bodies and being caught in tentacle traps will increase this and will require you to find a wooden statue to recover again.

The game has Japanese voice acting which for the most part fits well with the storytelling although to be honest I really got sick of Ayumi’s screams. It’s supposed to be for shock and horror and at first I just laughed at it how over the top it is but it soon began to grate and become annoying this may just be me but the rest of the voice acting seemed less forced.

Between the VN style story and the survival horror aspects of this title is very intriguing and well broken up keeping it interesting with the evolving plot and using planning and caution to stay alive while you uncover the mysteries surrounding your family, heavenly host and the occult. Returning fans will be pleased and that new comers will soon be joining the ranks of the fans. 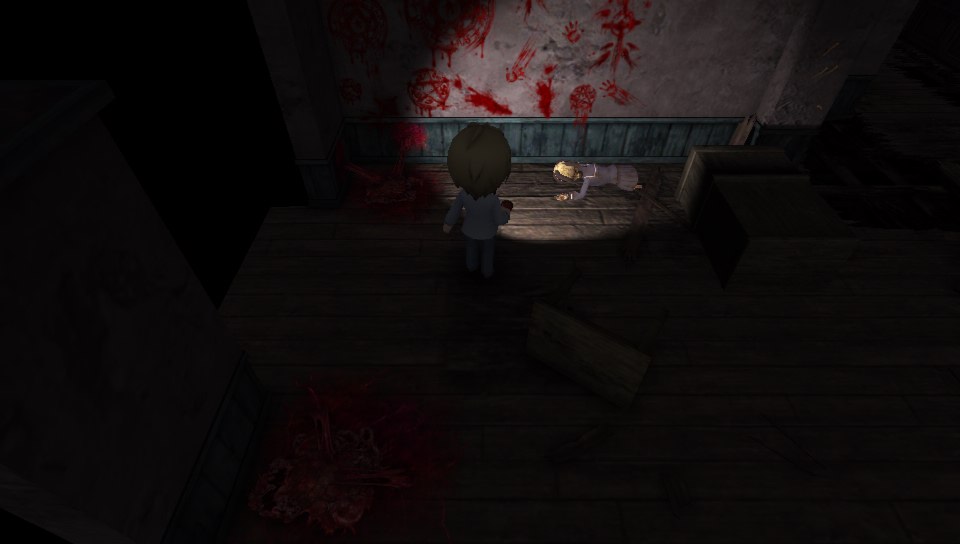 There are also a number of collectables such as an image gallery were you can view the images from your cut scenes, a EVP collection were you can look over a collection of voice files from the game and build your own conversations also a option called cursed photograph that allows you to build your own playlist from the games BGM. This is as well as a encyclopaedia made up of terms and information on characters  and locations from the game as well as been able to collect name tags from the bodies you see that tell how a persons name how they died and there age. 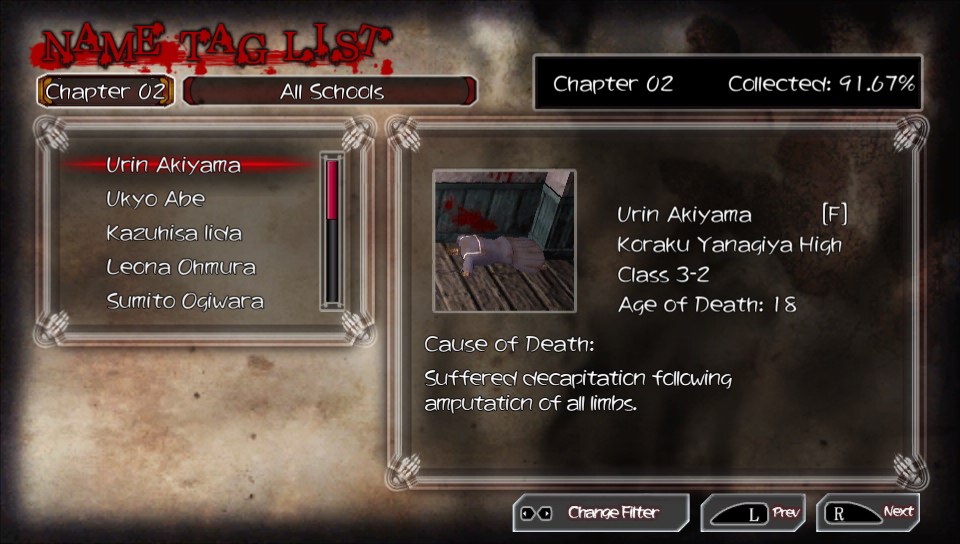 My final notes would be to say from what I have played I am pleased with this title and will be going back to it to finish it off despite the minor issues. It has both the VN and horror adventure sides working well together. I know of one or two people who played the PSP title that recommend it to me and I shall be doing the same with this.