Sometimes it is the simple ideas that draw you in and keep you hooked.  A lot of the time, the more complexed a game is, the harder it is to stick with.  For Don’t Die, Mr Robot DX, it is the latter and it does it so brilliantly. From just looking at the visuals you may be put off what is a fantastic pick up and play title.  Yes, it may look like a cheap game which you could pick up off any mobile store and in a sense, you would be right.

However, the ‘DX’ version does revamp a lot from the original titles that released on multiple formats a few years back.  Sparkly new graphics and new ‘seriously squelchy acid tunes’, Don’t Die, Mr Robot DX is the definitive version but is it worth picking up again?

As mentioned, Don’t Die, Mr Robot DX is a very simple game of eating fruit, dodging enemies and not dying.  This is a game which sounds very simple on paper but will take a little time to master but when you do, you will find it difficult to put down.  It has that ‘one more go’ feel to it. You could quite easily lose a lot of your time, especially in the arcade mode. You will fly around dodging an enemy flooded screen with your only weaponing being exploding fruit.  Touch the fruit and it will explode, resulting in the destruction of any enemies within the blast radius. Chaining the fruit together will increase your multiplier, giving you a higher score. The aim for arcade is to simple survive as long as possible and achieve a high score.  Play some more to beat it or if that is becoming too tense, you can drop into the remix mode which sets challenges for you to complete, such as enemies defeated, near hits or time attacks. There are only a few playable options here, but the addictive nature of the game will keep you coming back for more. 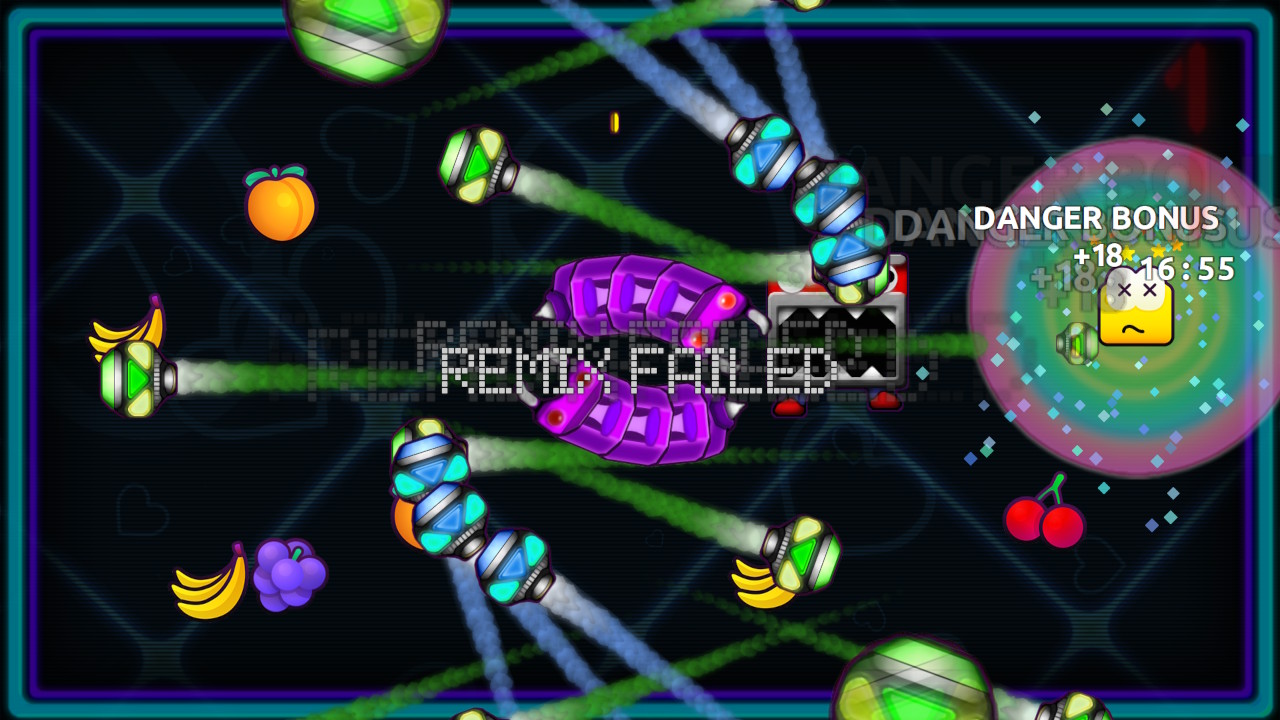 I spent the majority of my time with Mr Robot in handheld mode and it is such a joy to play.  Dodging around the screen, avoiding enemies whilst eating exploding fruit is perfect whilst portable.  The quick fire rounds make this a perfect in between game but I would definitely not recommend this is a ‘wind down’ game.  This is completely opposite. If you start playing this after a long gaming session, you may be hearing the morning birds calling you before you know it.