The platforming genre has existed since the dawn of gaming and it has become a cornerstone in the world of gaming.  There are some classics along with some pretty bad ones, but they all have a few things in common; they are simple ideas that test the player the further you progress.  A Pixel Story is no exception to this but instead of a gradual introduction along time, you are hit with what the game is about within the first half an hour of play.  Let us take a deeper look.

A Pixel Story follows a hero through the four different generations of video gaming.  As you progress, the worlds become more detailed and ever more complicated.  All this is to save the world and stop the evil OS who is doing so.

Along your journey you will be facing an array of bullet happy enemies, intriguing NPCs and some rather tricky platforming.  To assist you in this battle you have your trusty teleportation hat which, like it says, allows you to teleport from one place to the hat.  A lot of the puzzles are based around this mechanic so as soon as you get it in your head that you can do this, the puzzles become a little easier.  There is still timing to take for but it would not be a platformer without split second timing.

A Pixel Story is difficult and I am not a huge fan of games that use this as a main feature. I feel that Pixel Story uses the toughness of itself as a pushing force because the difficulty curve is incredible steep. For a game that only has a couple of gameplay functions, it is amazing how difficult the developers made it. I personally am not a player who enjoys repeating the same section for 30 minutes just because my jump was out by half a second. Seriously, some of the timings for the jumps are so tight. It is not fun to me but I do appreciate that some gamers strive for this Hard-core nature but it is not for me. It makes me angry to play it and I have still not fully completed the game. 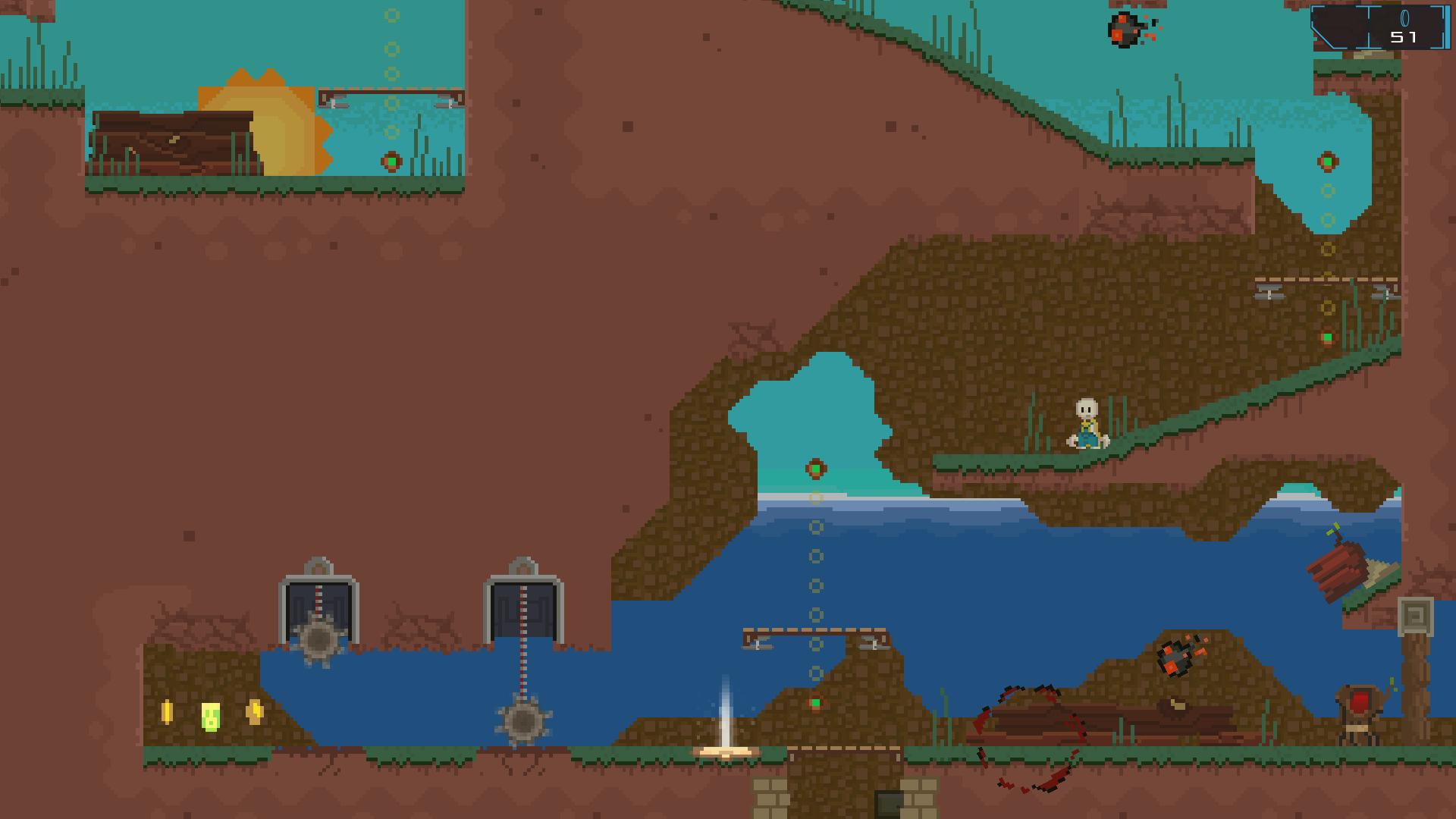 Some will be screaming at the screen that practice makes perfect which yes, is very true but I have a very limited amount of time to dedicate to gaming so unfortunately that option is off the table.

The controls in Pixel Story are very responsive to the challenge set before you.  There is no noticeable slide action when you are moving on the ground and this does help when navigating some of the tricky platforms.  Jumping around is smooth and it feels like there is a momentum mechanic in place that again, assists you during the game.  Understanding the timing and working of the position changing cap takes a while to master but after a few well designed puzzles, the idea of how to use it becomes fixed in your mind.

Visual, A Pixel Story is just what you would expect for a story taking place over multiple gaming generations.  The beginning is heavy pixel art but it is charming as it will remind you of a time gone by.  As you progress through the time periods, you will notice the pixels becoming smaller and less noticeable thus bringing you to a time period closer to home.  The music is charming, repetitive and sometimes annoying to constantly to listen – especially if you are struggling to pass a certain area.  Other than that, A Pixel Story does not break any boundaries here but in honesty, gameplay is king here. 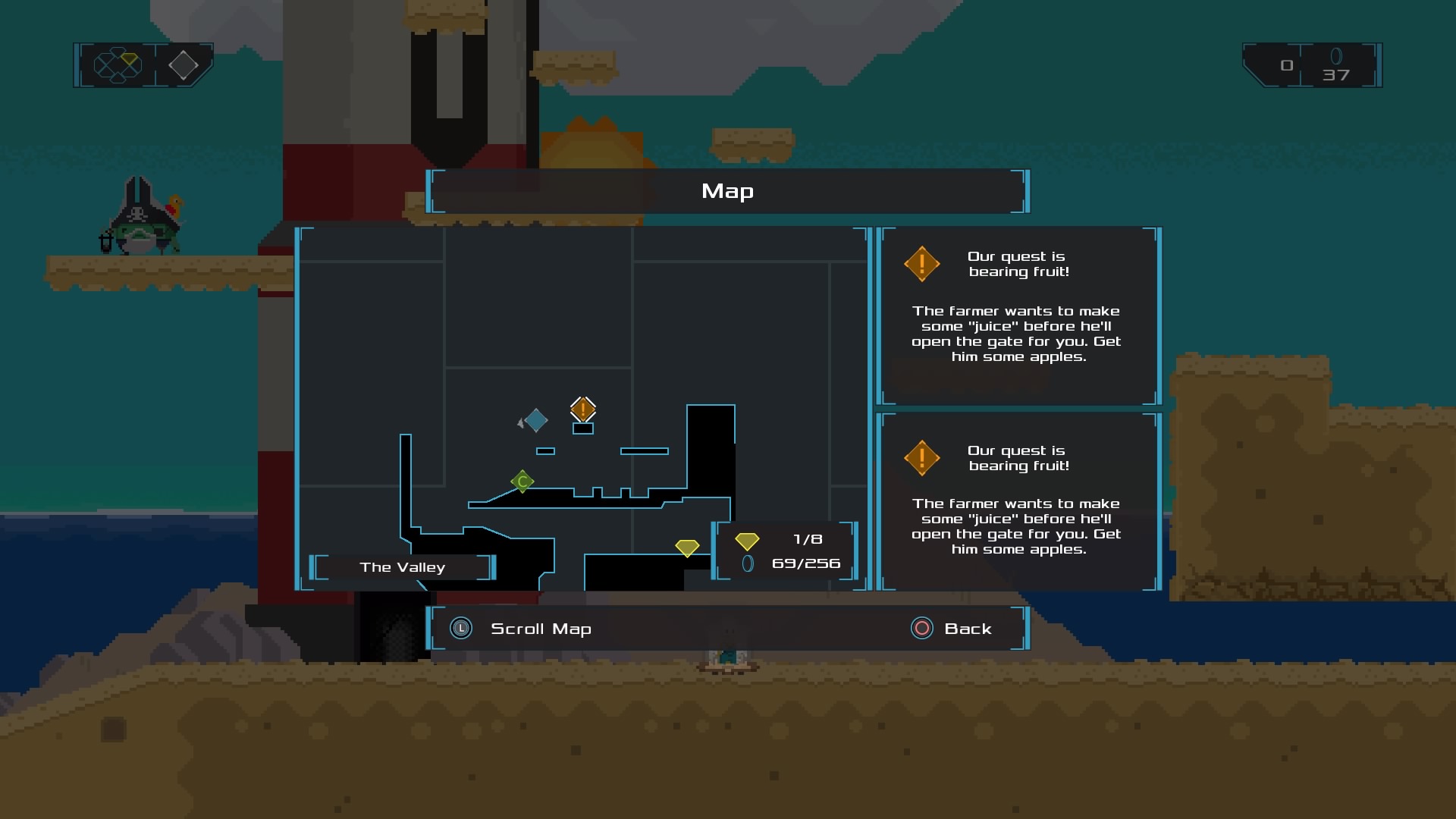 By no means would I say this is a bad game just because I find it difficult – that is just absurd. A Pixel Story is a well crafted platformer that pays homage to games of the past, both visually and in play. Fans of platformers will love what it has to offer and will strive off the challenges it gives them.

For gamers looking for a charming challenge then again, give this a go. You will either explode in Rage or push on through. As for me, I have hung up the controller for now but I will return to Pixel Story at some point in the near future. The challenge calls me and it does feel pretty damn good when you overcome them!