Looking back on my high school career there were times in which I found myself there after hours. It is eerily strange as a silence falls upon the building compared to the hustle and bustle of a normal day. No students, few teachers and long empty hallways. It is enough to send your imagination wild but that is all it is – imaginary fear.

White Day flips that idea and makes it a reality, letting you explore a High School with a dark, twisted past.  Originally a Hospital during the Korean war, Yeondu High School suffered from a nasty case of unbalanced Feng Shui that awakened the power Qi and the ghost from the hospital’s past.  To counter this, a geomancer was brought in to construct 5 amulets that were spread around the school to bring the balance back.  The only problem with this is that all the ghosts became trapped forever.  A single spirit was not happy about this and began searching for a way to become free.

I will not delve into the story much further as it does get a little muddled but for myself the worst part is that all of this is tucked away in notes you pick up in game.  I enjoy reading but as you can pick the notes up in any order it can become confusing quite quickly.  I honestly had to look up the above plot points prior to writing this review.

Not For the Faint Hearted

White Day is a damn hard game.  Seriously, I struggled getting through the first 25 minutes on the Normal setting before having to drop it down to Very Easy.  I am not ashamed of this, before starting over again I nearly stopped playing altogether because I was not having a good time and that defeats the whole point of a game.  So what makes this difficult?  White Day is a survival horror game that mixes in elements of adventure games.  You walk move around the school solving puzzles to access new areas and to progress the story.  There are a few well timed jump scared but the most terrifying element is the Janitor.  This guy is nuts and will beat you to death if caught!  On any mode above Very Easy, you will have no idea where he is until you see his tell tale flash light and most of the time it is too late.  Once he sees you he turns into Usain Bolt & chases you down.  He is really fast and very difficult to avoid once seen.  This is where I found it difficult – the corridors are linear and you will find yourself (most of the time) at the opposite end to where the Janitor is.  Once you get access to multiple floors this is not a problem unless you get caught in the stairs. You can take steps to avoiding him by creeping around slowly, turning lights off after use and even keeping doors shut.  The AI is smart with things like this but I found it hard to understand the rules whilst being chased.  It was difficult to hide once caught.  To be able to continue on my adventure in Yeondu High School I had to drop the difficulty down to Very Easy and in this mode an eye appears on your screen.  This indicates when the Janitor is near triggering you to hide and wait.  I feel this should be an option in the setting rather than a difficulty feature.

Apart from the difficulty spike mentioned above, I had a good time playing through White Days.  I have hit a little bit of a brick wall due to one of the puzzles but with some thinking outside of the box I will solve it.  The puzzles are a great addition to the game and some do really get you thinking.  Clues are scattered all around the game with most of them hidden in school notes you pick up.  The notes can be official letters are memos left by students.  Either way, they are the key to success.  Games developed in Unity get a hard time because they can be flipped out over night using bought assets but there are some examples of good games from the engine and White Day is one of them.  It uses shadows well to create great atmosphere and the models used in game are very well detailed.

Listening to the rain bounce off the windows in a silent corridor builds tension like no other.  Mixed in with the occasional howl from the wind and you are set up perfectly for modern horror flick.  The only disappointment to this scene is the music.  It is not always there and some of the samples are well used but there is this one particular track that makes me laugh every time it plays.  I assume it is there to create tension but when you has a sample that is basically someone saying “ooooooo” over and over, it kind of loses its fear factor. 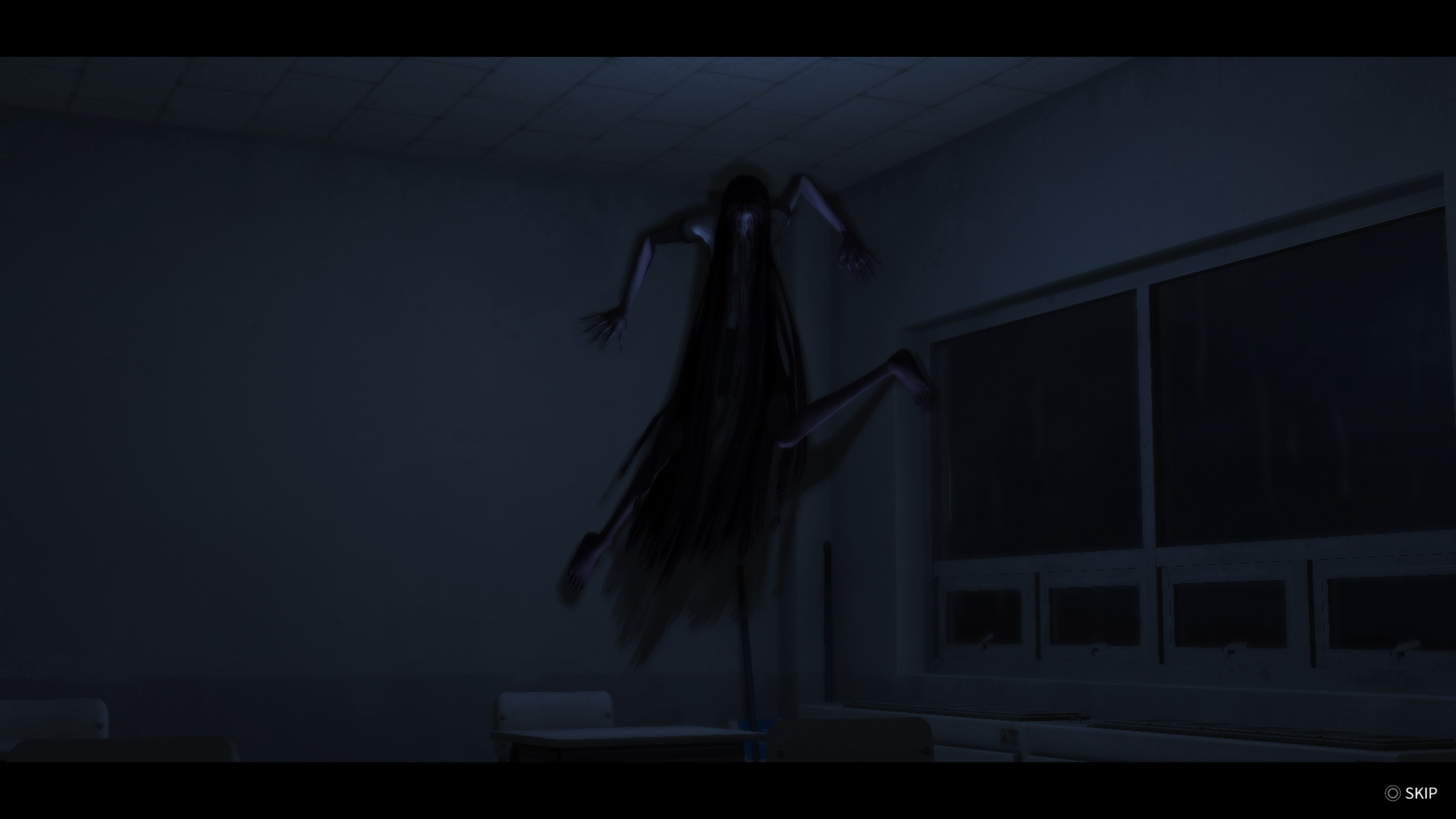 A Night of Terror

White Day A Labyrinth Named School aims to create an experience close to that which you would find in Siren Blood Curse but thanks to a few frustrating features fails to do so.  As you try to understand what is going on you will be stuck in two states – either hiding from the Janitor or trying to avoid him full stop.  In between of that you will be scratching your head trying to figure out what to do next as a lot of the puzzles require some out of the box thinking.  This is nothing like a survival horror from the West as it sticks to the genre from beginning to end making you feel tense right from the start.  If you enjoy a grind, working out puzzles and avoiding a crazy old guy with a baseball bat, this game is right up your alley.  It requires patience and in this modern era of gaming, this is a gaming skill that has been lost.  It is why I struggled at first, but there are plenty of gamers out there who will endure and love what White Day has to offer.