Survival and crafting games have become somewhat popular in recent time with developers always trying to add something that will make their creation stand out from the crowd.  What you will either end up with is a straight up clone or something completely unique.

The Flame in the Flood is the latter in this case.  It will take you on a journey through a visually beautifully, yet impossibly harsh wilderness where you must learn to survive.  Finding supplies is just the beginning of your survival. 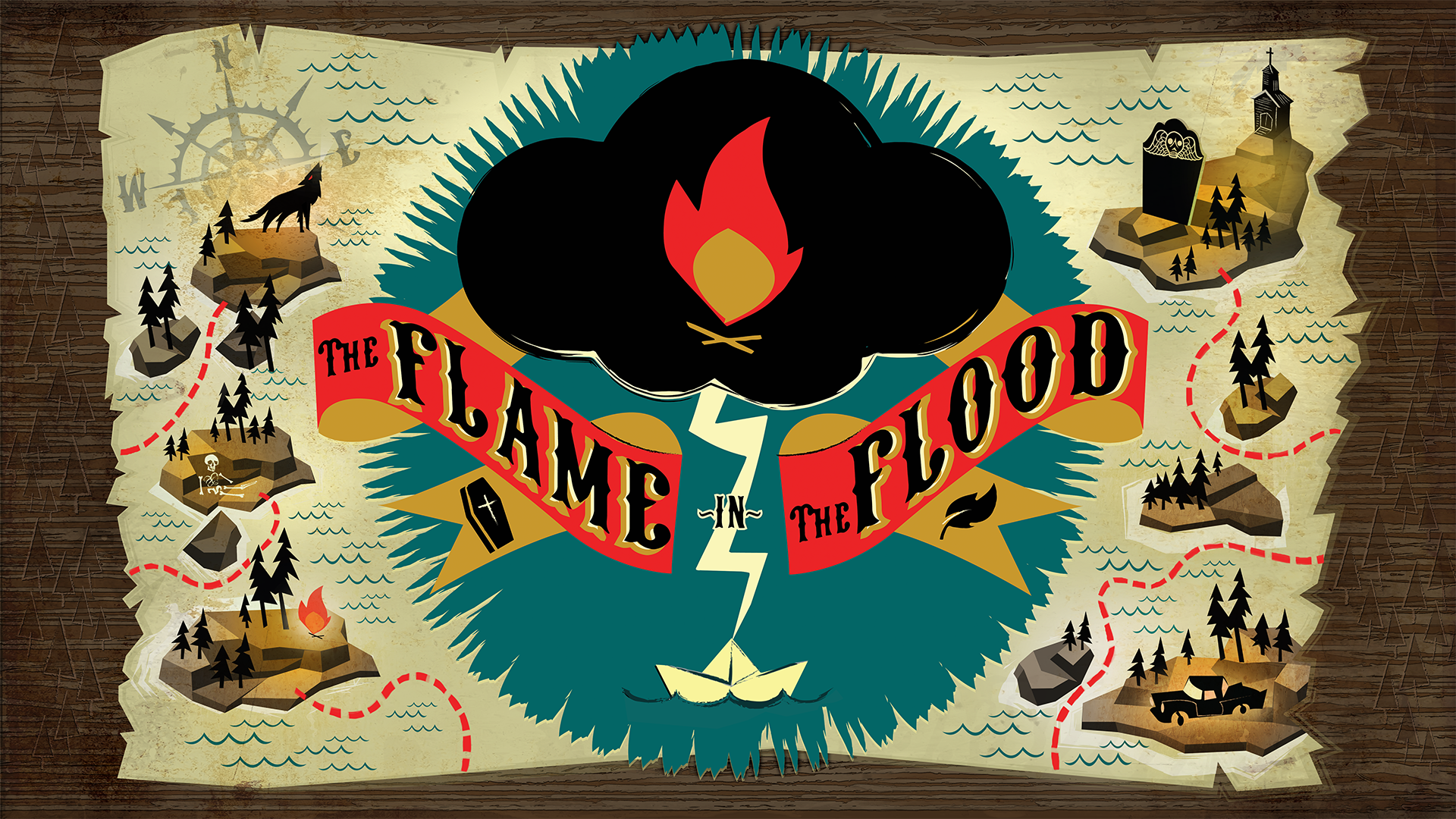 The game boasts a procedural generated world which you explore by travelling down river upon your rather rickety raft.  As you and your loyal dog companion try to survive this forgotten post-societal America you must keep an eye on three main elements; hunger, thirst, temperature and tiredness.  If any of these values fall to 0, you will die.  When compared to other survival games of the same nature, such as Don’t Starve, the Flame in the Flood does not feel as stressful as it has a very logical set up.

For one, the Crafting and collecting system is not over complicated but sophisticated in the sense that everything makes sense.  Instead of hiding new items behind a “discover and do” wall, everything is presented to you in your creating menu.  Some may be locked out but they do explain what it is you need to make them and as you pick up all the items needed, the game will prompt you saying that you have unlocked a new recipe for an item. 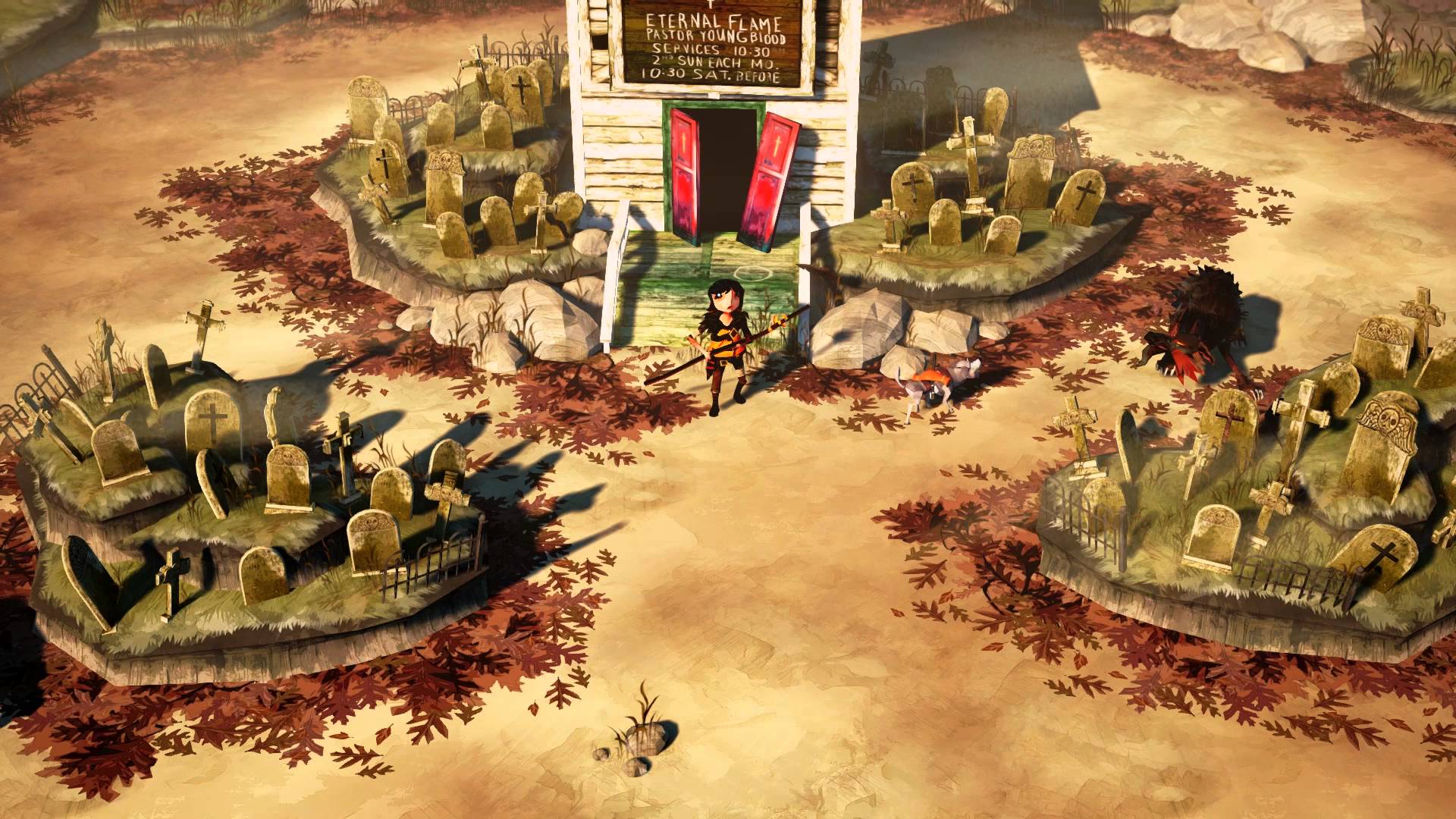 The descriptions for each item you pick up or craft has a detailed description which gives you an overview of what it is along with what figures it will add to your survival elements along with any side effects (such as food poisoning).

The discovery of items is very well balanced in the world.  There always seems to be just enough of everything that you need and the further you travel into the world, the more advanced the items become.

The Mollass Flood have thought of everything when it comes to items in the world and how they interact with each other.  For example, a fish hook and fish line will create you a sewing kit.  This in turn can be either used to help create warm clothing or can be used as a first aid item on yourself (more on this later).  Even though some items can have dual uses, it never feels like you are being punished for not using one of them.  I think this is because you are always on the move whereas some other survival games tend to force you to stay in one location. 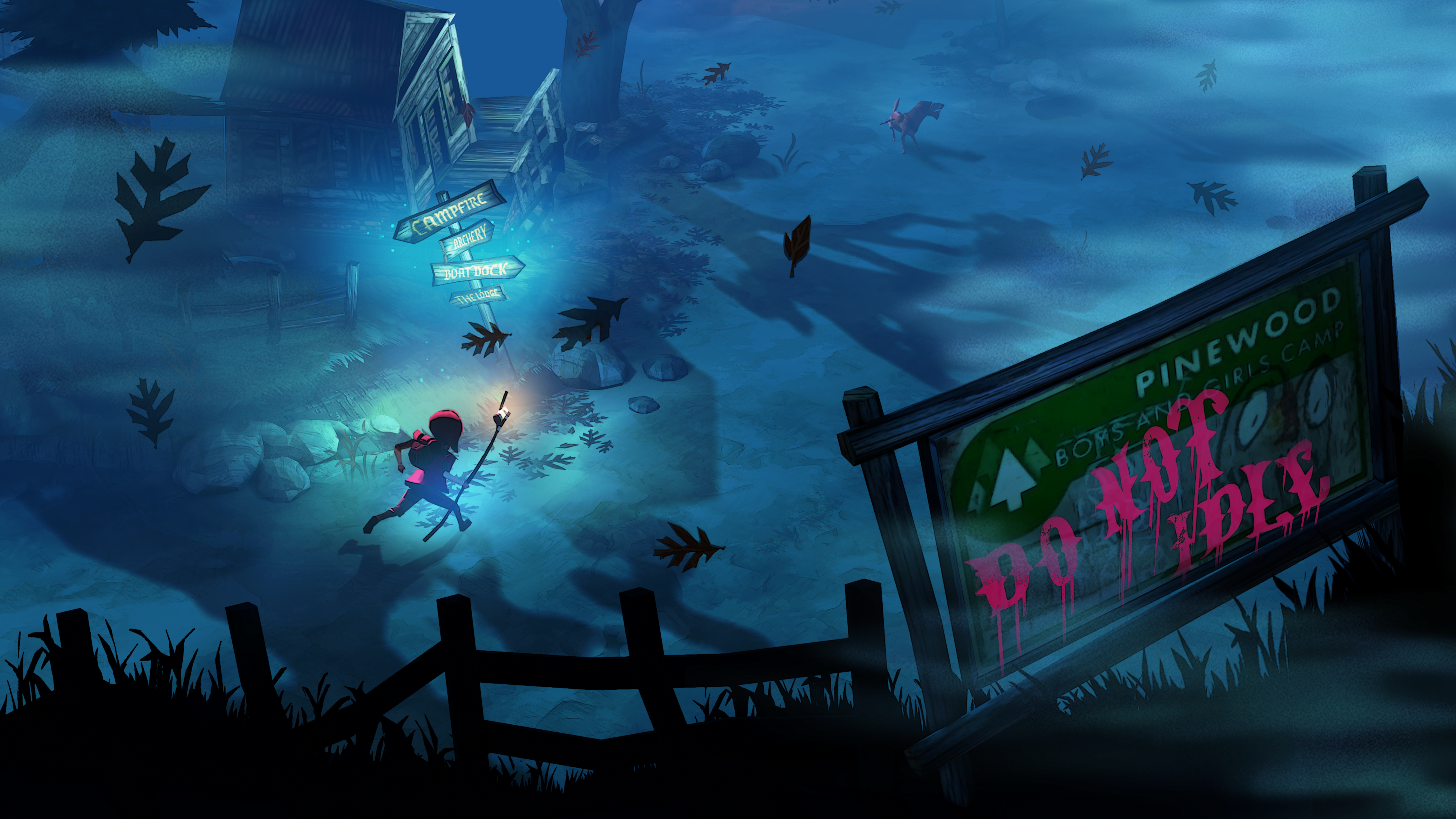 As you may have gathered from above, the Flame in the Flood is all about moving down a constantly changing river.  The starting raft is as basic as it comes.  Planks of wood on flotation devices that you power with an oar.  It does have a damage meter that will diminish if you start colliding with the various obstacles found in the river.  Like the other meters in the game, if it falls to 0, you will die.  No worries though as the raft can be repaired and upgrade through the crafting system but you cannot apply them until you land the appropriate stop.

Even though the travelling down the river can take up a majority of the game, exploring the land is where the real game takes place.  Along the river certain icons will start to pop up with different symbols in them.  These are sites along the river in which you can stop at which range from campsites to churches.  There are various spots with different pros and cons.  For example, the campsite will always have a fire meaning you can cook and craft.  Churches will always have somewhere to rest along with a lot of different supplies.  You will not always be able to visit all the stops as the river is always pushing you down stream so understanding what may be available at each stop is key to survival.  As I said before, it may all be random but it is also very logical.  You will not always find the same exact item at each type of stop but you will always find something very similar. 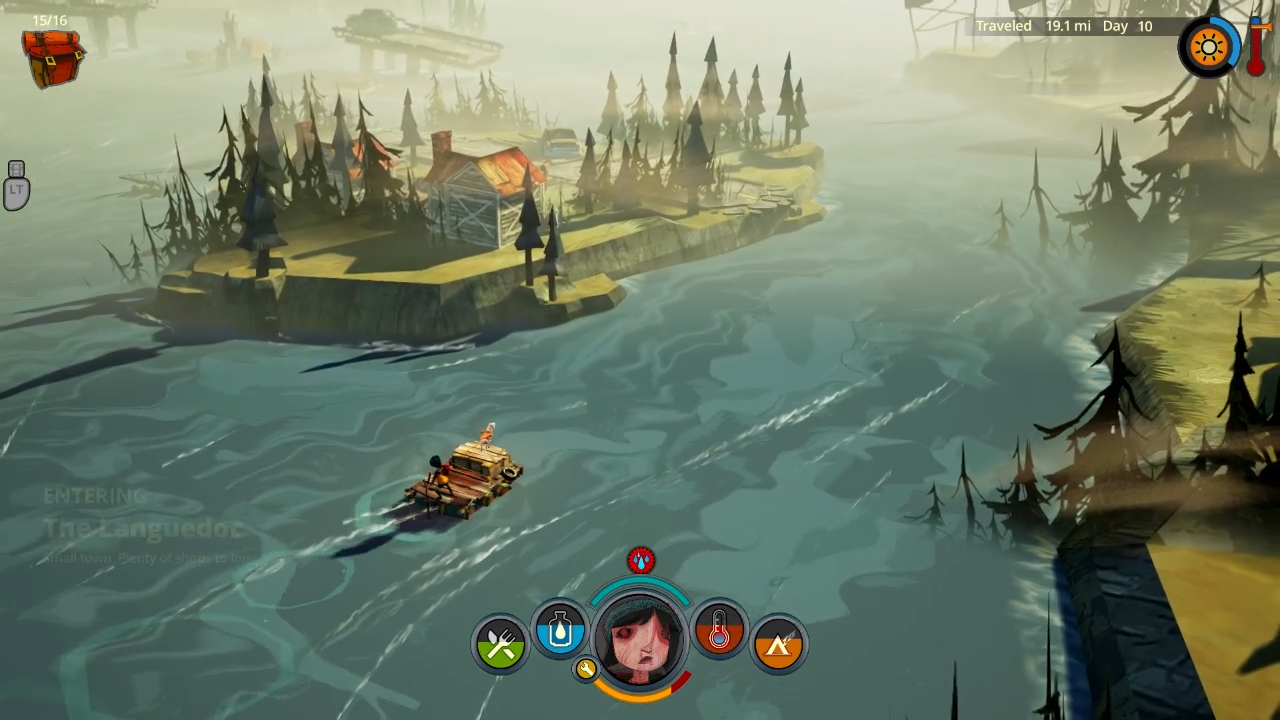 However though, will all survival games, there are always dangers that will end up getting you killed.  In The Flame in the Flood these dangers include animals, plants and even food.  If you are attacked by an animal you will have the chance of getting a wound or a broken bone.  Like everything with the game, the solution to the problem is through the crafting system.  Some effects correct themselves with time but if some are left untreated, they will cause the condition known as death.

In my early playthroughs I died mainly from not looking after myself correctly (including starvation) but I was not angry when it happened.  I actually learnt a lot from my experiences and modified my future playthroughs based upon what I had learnt previously.

My biggest gripe with the game is the inventory system.  In fact, all survival games have this problem and it is to do with the limited amount of space.  I understand why it needs to be done but when you are trying to survive you want to pick up every item you can, just in case you need it later.  Even though you are very limited in space, The Flame in the Flood has a few mechanics in place to make it easier.  If you run out of space upon you, you can transfer items to your trusted dog companion.  Items can be also stored on your raft and I tended to use this to store items that are associated with that alone – such as wood and repair kits.

It is all still limited no matter where you put it but you can craft upgrades that will give you extra space.  This makes this issue a less of a hassle later in the game. 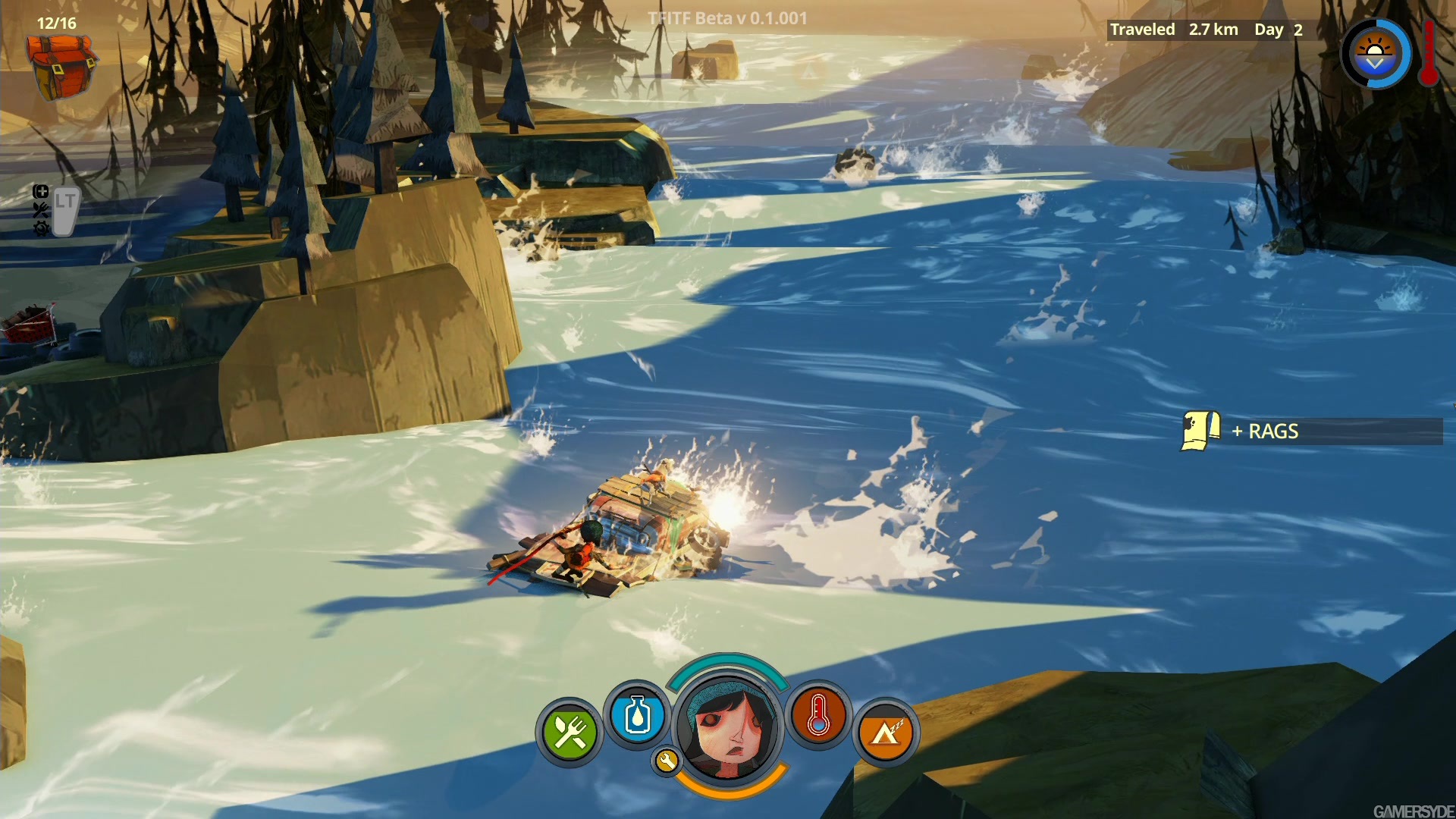 Visual The Flame in the Flood is rather unique and a quite a contrast to the overall feel of the world. The game is bold,  bright and inviting. With the sharp edges and fold like structures, everything in the world looks like it is make from papercraft.  Even at the end of the world,  there are moments during the Traverse down the river in which you forgot the situation you are is. Especially when you mix it with the stunning soundtrack.

The Flame in the Flood is a breath of fresh air to the survival genre and with the procedural generated world it is a perfect game to play during any down time.  The attention to detail is superb and the soundtrack makes it feel like a true adventure.  Yes, it can be brutal at times and you may question a few decisions you make but everything is fair.  When you fail you will always leave knowing why and go into your next attempt understand what you need to do to stop it from happening again.