Oceanhorn: Monster of the Seas is an action-adventure game by Cornfox & Bros. This charming little game can be found on pretty much everything ranging from Next Gen Console, ISO, Android and PC. As much as this looks at first like a dull Zelda clone its charm breaks through in many ways, read on to find out.

This is a guest review from an upcoming writer, thanks to Chris Warburton @W101chris

The story takes place after a major catastrophe which separates the world into small islands. The father of the silent protagonist is seen fighting the title monster, Oceanhorn. Even though the father has a cool hat and badass scar, he is inevitably defeated. Enter the player. Now starts a journey to small islands across the world to search for your father and a means to defeat the dreaded Oceanhorn.

The story can be a little short sometimes, giving you a taste of an epic story at the beginning then being made to go from island to island with no interaction with any of the NPCs unless you are at one of the few towns in the game. While other times you can find yourself on a island finding out about the islanders history and also doing a number of different quests for the people of the town. The story does pick up after a bit awhile and starts to get back on its epic story line.

Oceanhorn takes a lot of elements from a certain game (cough Wind Waker cough) but instead of thinking “I kind of want to play the other game” you are drawn into the enchanted world wanting to find out more about its characters and rich history. The graphics add to this magic with its child like approach but does make you think of the other game. Enemy designs are small cute bug like creatures that suit the environments they are occupy but lacks a somewhat wider selection of enemies. 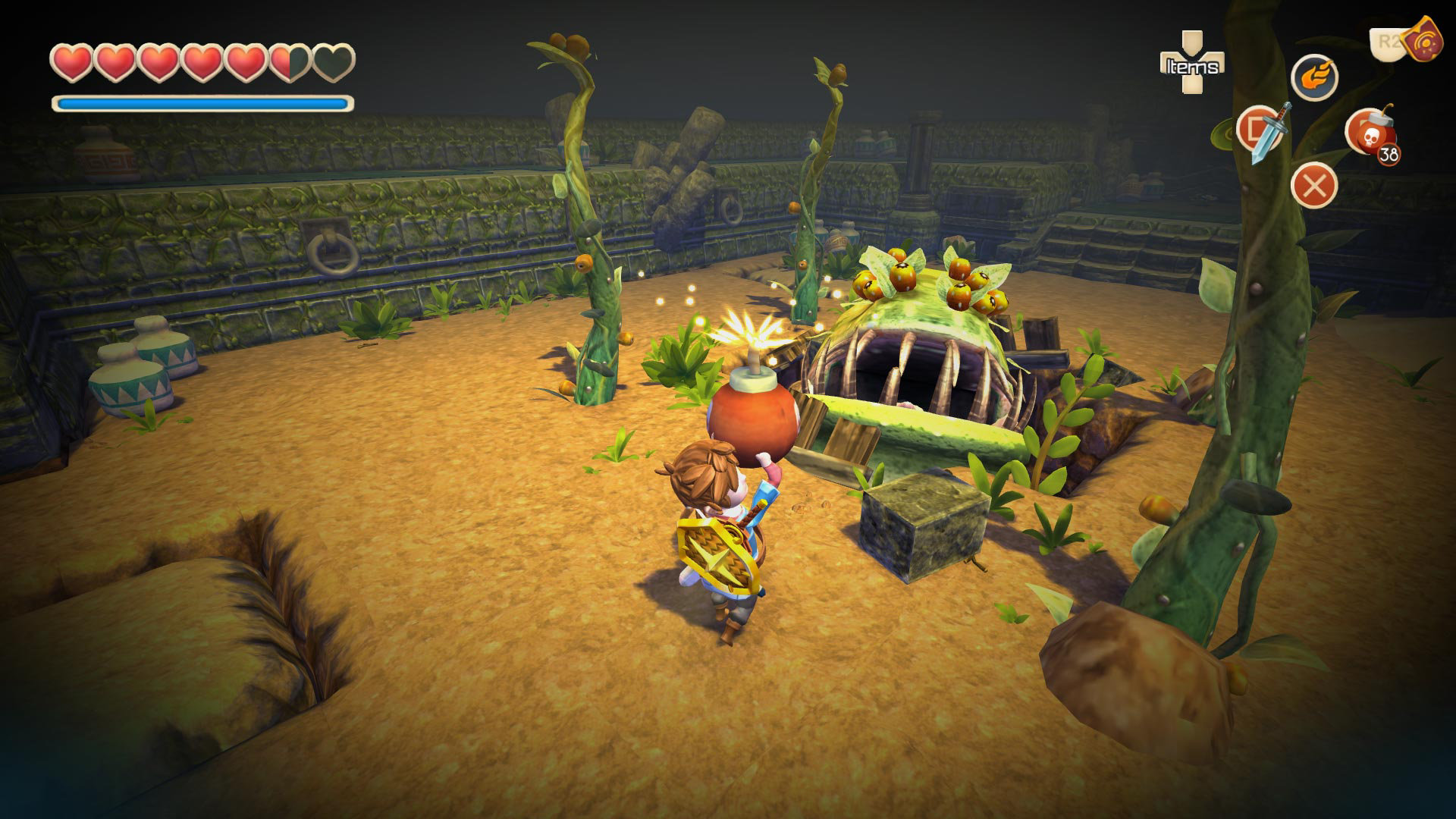 The gameplay isn’t too difficult to master. Everything is pretty basic control wise with even a mini button guide in the top right hand corner so you can see what you have assigned to what button. Combat is in real time resembling (yes you guessed it) Legend of Zelda but don’t let it make you think it isn’t in anyway rewarding.

The more enemies you defeat the more Experience Points you get. Your Stats do not increase like normal RPGs but you do unlock a couple of skills i.e. being able to dodge, as well unlock a new cool title for the silent protagonist even though they don’t progress the game in anyway.

Traversing through the world by boat sounds like it would be great but it is just an on the rails ride from island to island which takes the fun out of the point of having a boat but at least it lets you use the boats hand cannon to shoot debris and the squids that like to shoot rocks at you from time to time. The Islands you visit range from lush woodland environments to desolate desert islands. All come with three challenges and a completion percentage so you know you’re finally done with it. Dungeons tend to be either caves or lost temples each with a number of puzzles involving pushing boxes on switches or arranging statues and boxes in a certain order to proceed onward. 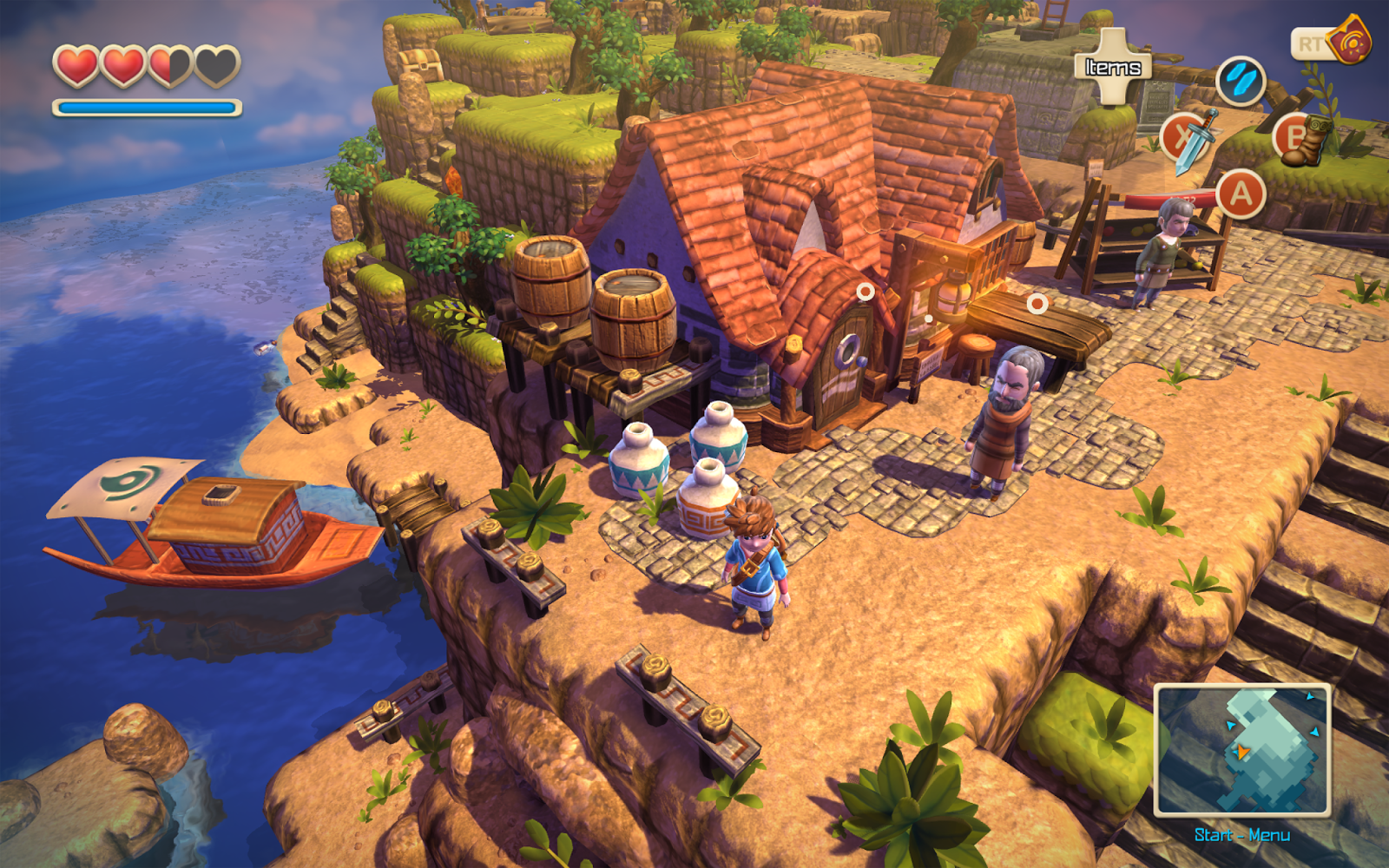 The boss battles are really fun to do. Each one is a mini puzzle in it self requiring you to do certain actions to be able to damage the boss. It can sometime be annoying due to the frustrating yet simple method in which you defeat the bosses, always missing that one shot and getting defeated only to start the battle again or not getting how to kill the boss straight away and just aimlessly striking hoping for the best but which game doesn’t have annoying bosses. 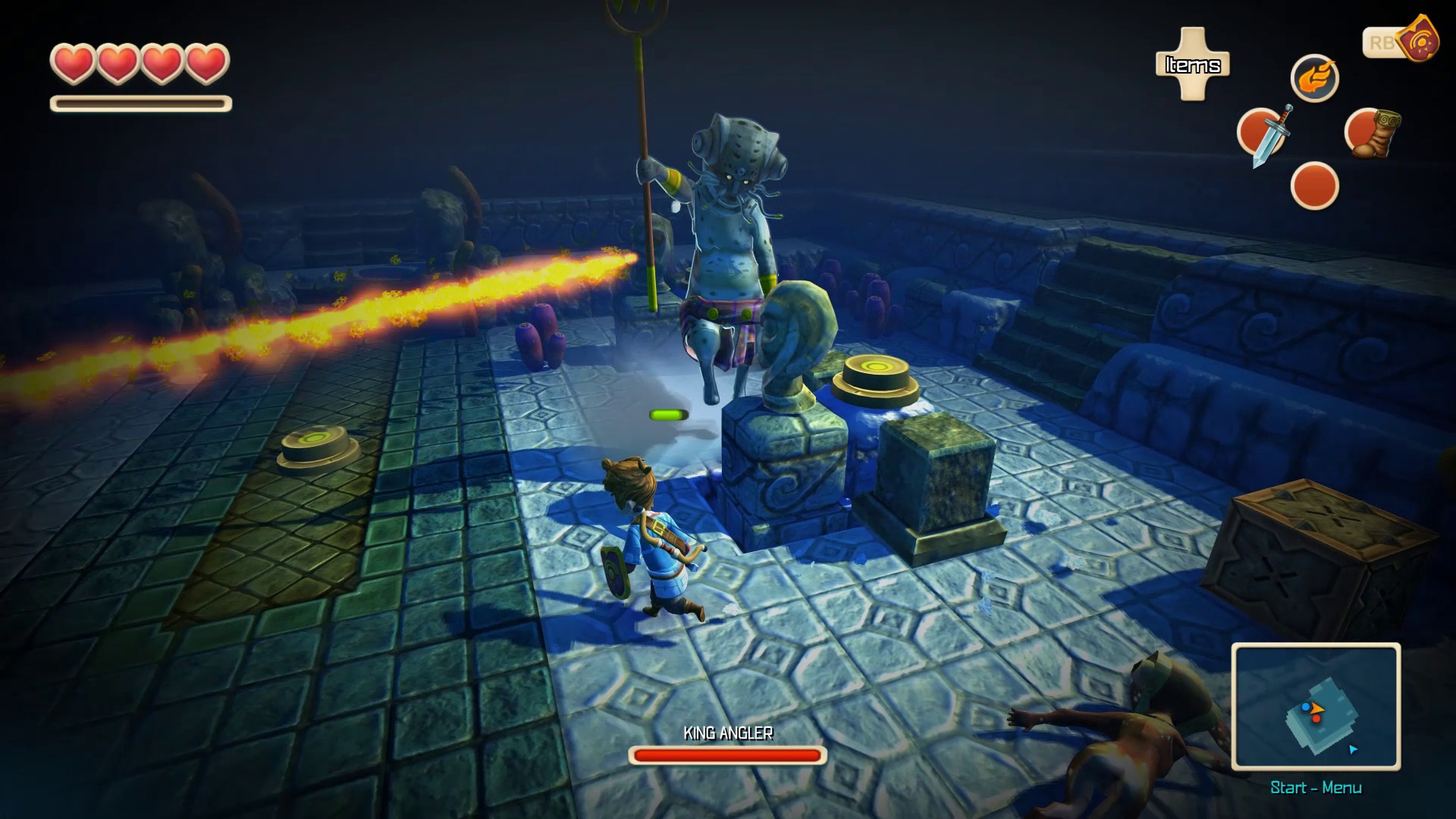 All in all I fully enjoyed the 10 hour story. Oceanhorn is a very good clone which deliveries everything it tries to do. The story is interesting but seems like it is building to something more and with a sequel in development hopefully things will be expanded on.

If you are looking for a fun game similar to the popular Legend of Zelda series then look no further. It is everything you wanted in a good RPG and at a reasonable price.