Yakuza 0 as the name implies is set before Yakuza 1, for anyone familiar with the series it’s going back to show how Kiryu & Majima used to be before the events of Yakuza 1, for those who are yet to join the series could this be the jumping in point you need? does the game still stack up? read on to find out!. 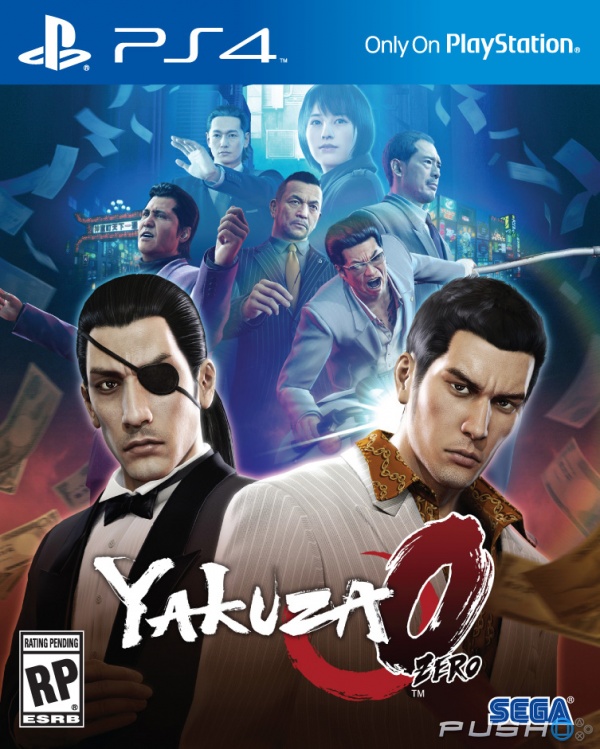 Yakuza 0 is set between two cities, Kamurocho which appears in every main Yakuza game and Sotenbori which was last seen in Yakuza 2, it also follows the narrative of the two characters mentioned earlier, The Dragon of Dojima Kazama Kiryu & The Mad Dog Majima Goro. Being that the game is set long before the events of Yakuza 1 the main characters go through an almost staggering amount of character development to change them into who they are in recent games, Majima especially starts of far too unsettlingly normal for someone dubbed “The Mad Dog”. 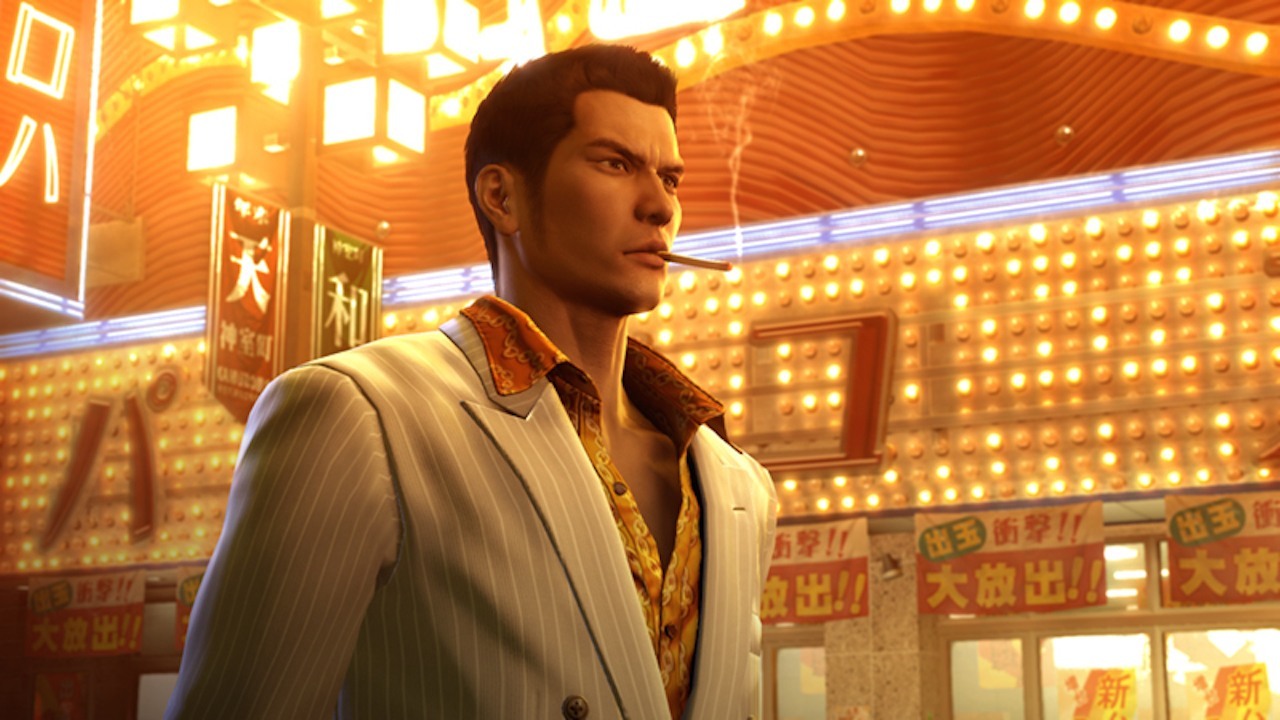 For those unfamiliar with the stories of the Yakuza series, they boil down to being the Japanese version of the Sopranos with huge amounts of Internal Affairs (Or the Departed if you’re Gaijin). Yakuza 0 is no exception, within the first hour you’re hit with some big story and it just rockets from there, there is a particular part of the story involving Majima which is heart breaking and an example of how well these games are written.

The fact the story is only set between 2 characters and 2 locations means it’s a little more focused and easy to follow unlike the previous main games of 4 & 5. As always with these titles the characters are full of quirky and informative comments, the side stories range from heart breaking to down right hilarious and it really helps fuel the “Slice of Life” Japan simulator style this series is known for.

Graphically Yakuza 0 is painfully mixed, you do have to factor in that this game actually released early last year and was made on both Playstation 3 & 4 so it did get held back somewhat. The settings themselves look stunning, especially running through the rain soaked streets of Kamurocho while the Neon signs of the many hostess clubs and arcades pierces through, it’s a city with soul and this game perfectly shows that off.

The main cast look almost life like in cutscenes, reacting perfectly and displaying buckets of emotion, the same unfortunately can’t be said during gameplay where they animate awkwardly and often lack much of the little details. While this isn’t killer it does knock it somewhat, this is mainly due to the restriction of having the game being released on old hardware too and it’s running the same ol’ engine.

Yakuza 0 features an all Japanese dub much like every other Yakuza game outside of the first, each character is voiced well and helps you easily get drawn into the drama of the tale unfolding. The sounds of shops as you walk round is an utter joy, nothing quite like rushing by Club SEGA and hearing the games being played inside and the usual hustle and bustle of an arcade.

The music for the most part is brilliant but it does lack the theme song from the Japanese game BUBBLE which perfectly set the tone for the game, once again it’s not major it’s just a shame its been omitted, the Karaoke songs are all toe tappingly addictive and have you humming them in your sleep for nights after.

To simplify the gameplay of Yakuza 0 I’d have to describe it as “Free Roam Brawling”, by that term I mean it’s very similar to titles like Streets of Rage & Final Fight but set within an open world featuring mountains of side activities and stories to discover. First of the combat has been given much more depth than previous titles, splitting in to several fighting styles all designed to take on certain types or amounts of enemies, these are all levelled up using cash which as you’ll quickly learn with this title, cash is king.

When fighting you are able to perform HEAT actions, these are hard hitting moves such as giving someone a suplex onto a steel bar or smashing someone’s bike off of an enemies head, gruesome stuff but so satisfying to pull off, plus in this title there are several levels of HEAT actions giving you even more actions to take on the seedy underbelly of Japan with.

When you’re not punching people’s teeth down their throats you can always visit the nightlife in one of the many bars, here you can chat with the hostesses, drink to your hearts content and learn more about 80’s Japanese Culture, maybe swing by the Karaoke bar and croon out a few tunes?. If you don’t want to get plastered and drunkenly sing the blues you could go shopping in the stores for hidden gems to improve your stats, hit up the arcade for some arcade perfect Outrun or my personal favourite Space Harrier, spend all your Yen in the grabber machines or even try to score big in the casinos. 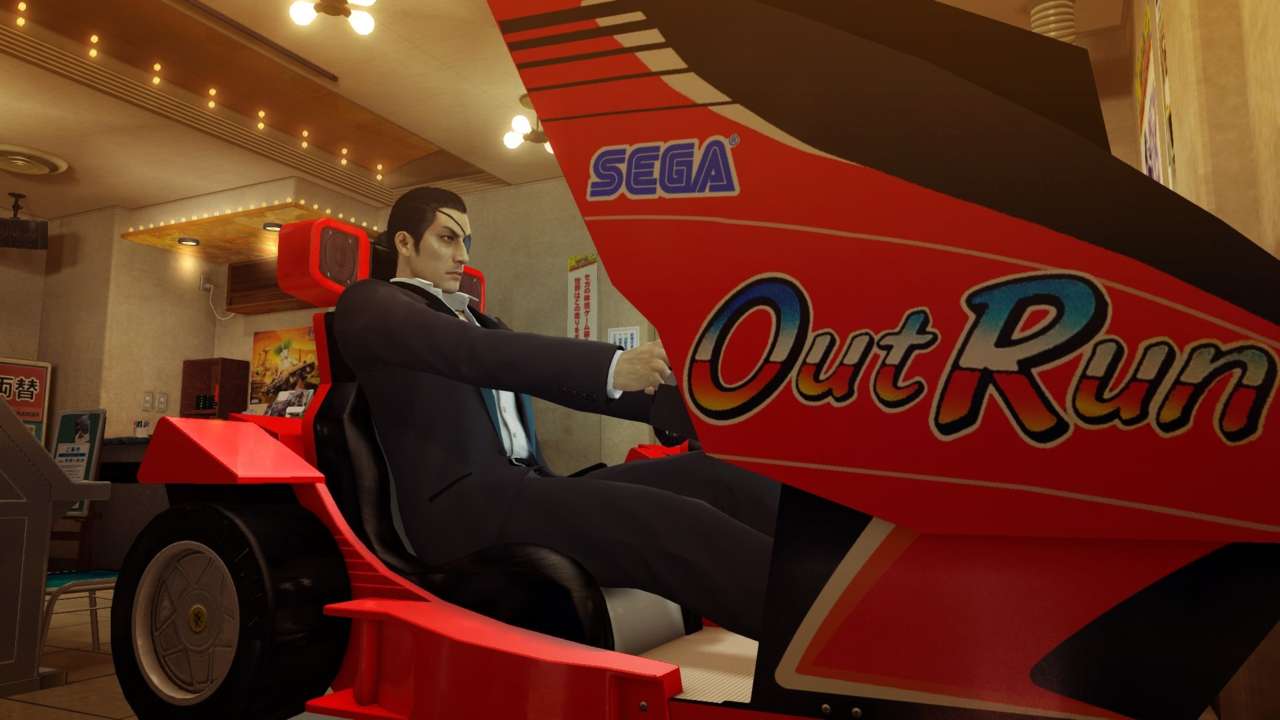 The fantastic thing about this series is that it drapes you in the culture so much that the above just feels like a natural part of the game, often you’ll veer off the fantastic story path to just doss about in the cities, meet the locals, make new friends and enemies in the many substories which are some the highlights of the game, but it’s all done so well that it never feels like it was just tacked on. In addition to this Yakuza 0 also features property management, nightclub ownership and even phoneline working as side jobs, all are much more fun than they are in real life!.

You have various areas to develop new moves at, phone cards to collect, fishing and golf, the game is just ripe with content and it really pays back the time you put into it, you can easily sink around 100 hours into the game if you want to see and do everything and trust me on this it’s all worth it. The main story is no slouch featuring some blistering action set pieces and fantastic writing split across two highly likeable characters, the game is split into chapters but it’s very rare you lose the free roam for long also the game does feature New Game + options if there are any side activities that need mopping up. 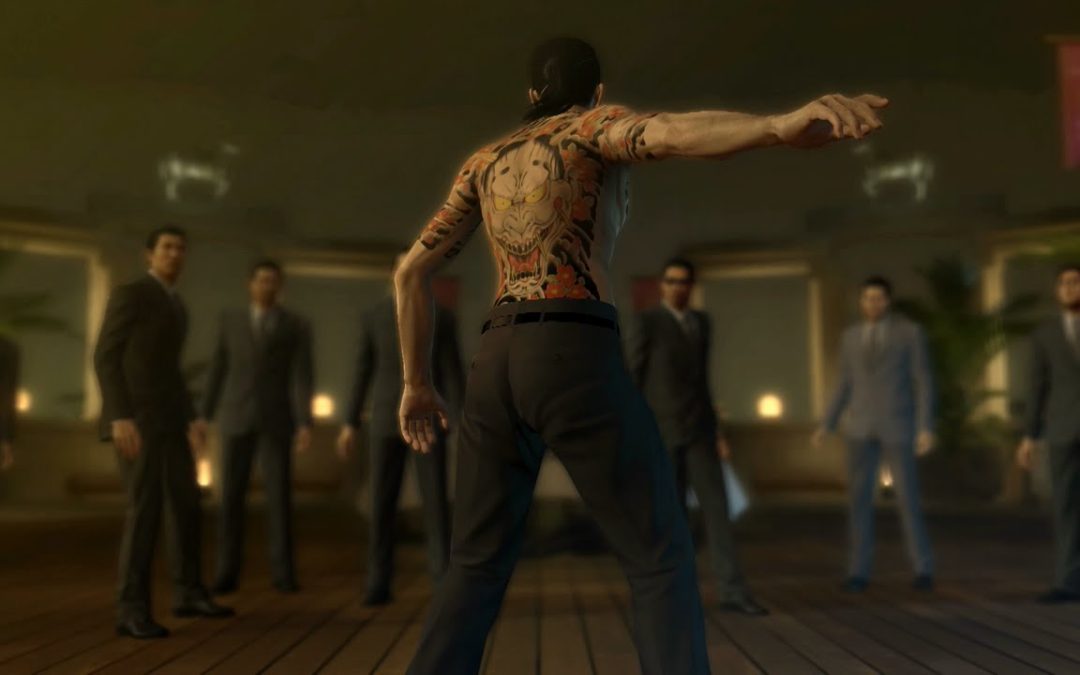 Yakuza 0 is one of the brightest shining stars in the underappreciated galaxy known as the Yakuza series, admittedly the engine it’s running is starting to creek and show it’s age but the gameplay alone makes this stand mighty above the crowd. Yakuza 0 is one game I can so easily suggest to anyone who enjoys amazing stories, hard hitting action and truly getting what you paid for and more, it’s the perfect jumping in point especially with the sequel releasing later in the year (Which is a remake of 1) and the latest title Yakuza 6 coming next year running on a brand new engine. It may seem daunting at first but before you know it you’re 30 hours deep cursing Mr Shakedown as he’s just crossed paths with you and denied you of the Yen you wanted to upgrade with, time to hit the casino, hit the bad guys and hit the street harder!.