Five years ago tinyBuild made a promise. A promise that their founding game would be released on a home game console. At the time that would have been the PS3 but as time goes on, newer consoles are released so that platform is now the PS4.  Five years on and the crazy, punishing platformer that has ranked up millions of views on various Lets Play YouTube channels has finally landed on the PS4 but the big question is this; was it worth the wait?

Set in a crudely drawn 2D world (that reminds me of an early 00’s flash game), No Time to Explain does not have offer much of a story other than you future self appears in your home expressing this fact and before being snatched away by a giant crab tells you that their is no time to explain (as the title suggests).

Once this happens you are thrown into the main game straight away when trout any warning. Like a standard platformer you are mov no from left to right until you reach the end goal. With this game, however, there are a few extra features to make it a little more difficult. First up are the controls; you can move, jump and fire your highly powerful beam gun. Sounds very simple but trust me it can be difficult to control at first – your jump is very weak but when you combine it with a blast from the beam gun, you find yourself soaring across the stage. However though, like everything in games there is a limit to how long the beam is active. The longer you fire, the weaker the beam gets thus bring you back down to earth. If the controls were not enough for you then you will love all the obstacles set out to cause you trouble getting to the end goal. At first they are simple – a few gaps and spikes cause no real issues but as you move through the short levels you find them getting more difficult rather quickly. 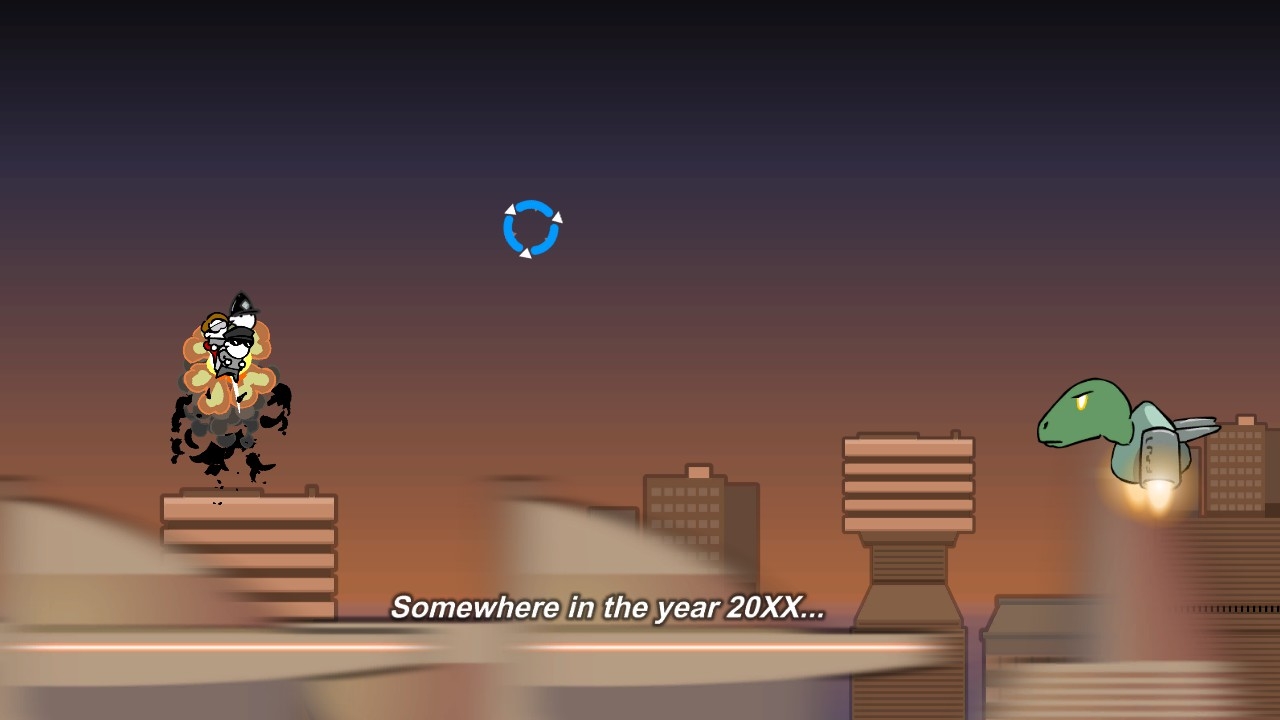 The best I experienced has to be the stairs of spikes.  The stairs are platforms going down with spikes above and below with the only way of passing them is to balance the beam power as you “float” down the stairs. As difficult as it can be, No Time to Explain is a relatively fair game. The obstacles are hard, you feel rushed and if you die you have unlimited goes to get it right (unless it is a boss fight then you have a limited amount of goes). The boss fights are very creative too in that they offer a good challenge. They usually involve testing your skills at moving quickly around a stage whilst trying to deal damage to the said boss (in the case of the first world, this is a giant crab).

No Time to Explain is a fun, engaging platformer that you will keep punishing yourself with. It offers a unique form of physics to the platformer genre with its gun movement mechanics and it uses this very well for the boss battles you encounter on your journey.

It may have taken five years to be released on the PS4 and the developers have come a long way since then, but No Time to Explain is something that needs to be experienced and I feel that his is game that you will have the most fun with friends with.  You may feel yourself getting better but as time goes on you will start to make some mistakes that will make you want to throw your controller at the nearest object.