Today Telltale Games have released new details on the upcoming miniseries, The Walking Dead: Michonne.  The first of three episodes is to début on the 23rd February and is titled ‘In Too Deep’.  The second episode in the miniseries, ‘Give No Shelter’, will follow in the month of March, and conclude with the third episode, ‘What We Deserve’, in April. As always it will be released on pretty much every platform currently available (PS4, PS3, Xbox One, Xbox 360, PC, Mac, Android & iOS)

Unlike previous series from TellTale Games, The Walking Dead: Michonne can only be brought as a whole game, not individual episodes.  When released, Episode 1 will be available to buy for $14.99 and this includes the other two episodes as standard. 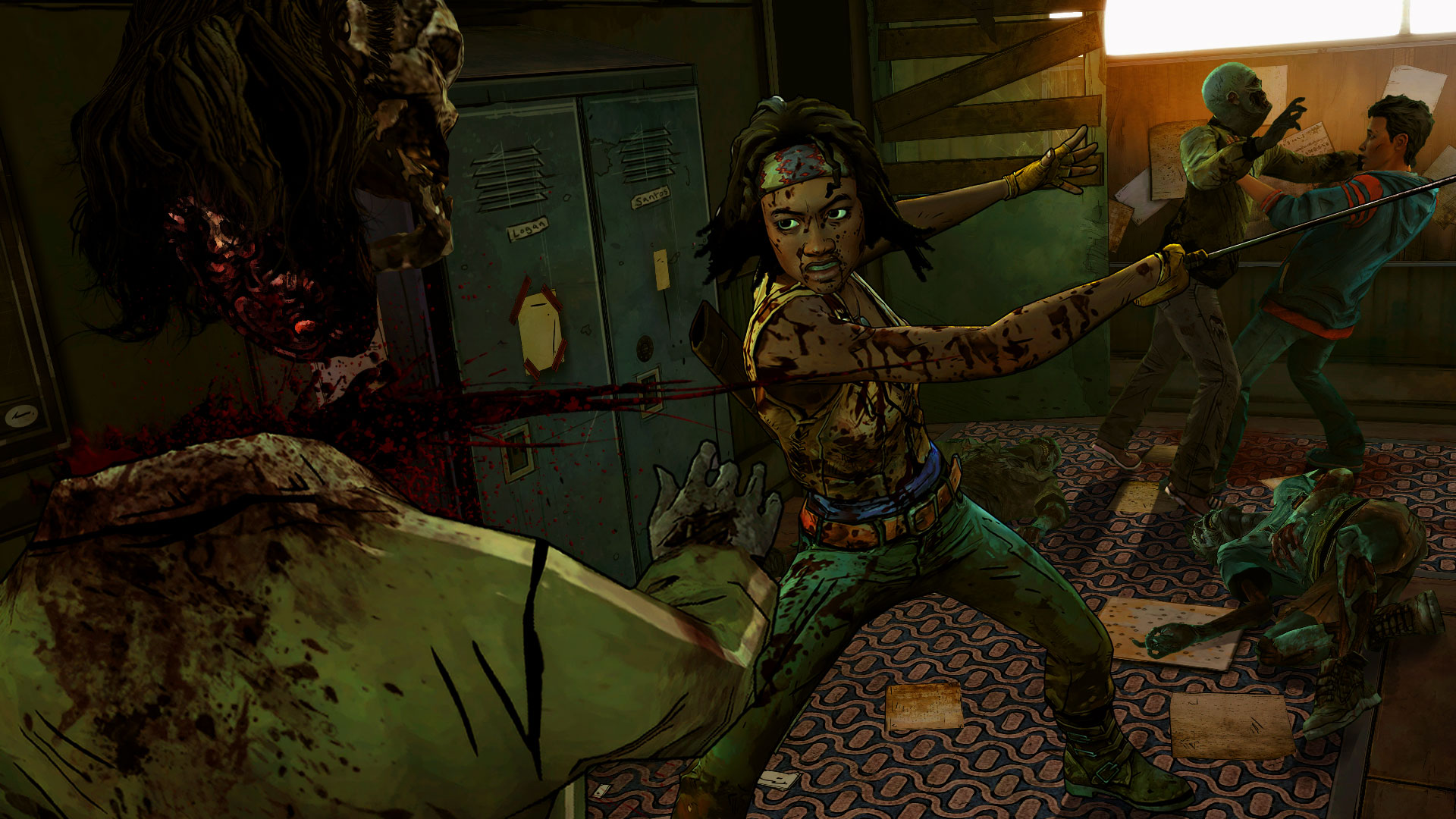 The Walking Dead: Michonne – A Telltale Miniseries stars the iconic, blade-wielding character from Robert Kirkman’s best-selling comic books, portrayed in-game by award-winning actress Samira Wiley (Orange is the New Black). Haunted by her past, and coping with unimaginable loss and regret, the story explores Michonne’s absence between issues #126 and #139 of the comic book. Over the three episodes of the miniseries, players will discover what took Michonne away from Rick, Ezekiel, and the rest of her trusted group… and what brought her back.

Ahead of its release, fans are invited to get an exclusive extended preview of the first episode of the series on Youtube.com/TelltaleGames this Sunday February 14th at 8:30pm EST / 5:30pm PST. The development team will introduce the series allowing fans to experience the first five minutes of the premiere episode, exploring Michonne’s struggle to remain among the living while being haunted by her past.