Fallout 4 only came out 9 days ago, but already mods are coming in thick and fast. Mostly simple reskins and the like but the more experienced Skyrim modders are clearly adapting quickly to Fallout 4 and have already been fixing players biggest complaints.

This weekly article series will be highlighting mods I personally have come across and considered to be particularly good and worth suggesting. There will also be some fun ones for the laughs of course.

Personally I was expecting a trickle of mods to arrive after release but it has quickly become a river so in a few months when the creation kit arrives I expect there will be a flood of mods arriving, obviously these are limited to PC for the moment but many of the more useful ones will likely be ported to the Xbox One and PS4 versions in the future.

Now until the creation kit arrives the use of mods will be somewhat limited and will require a little bit of fiddling with ini files, although not too technically difficult if you do not feel comfortable with doing it, I suggest you simply don’t as making mistakes can cause potentially game breaking issues. The limitations are that you can only currently have one of any type of mod active at the same time unless they are in .esp format. I will be linking below a video with how to set up your system for the mods. Links to the mods themselves are at the bottom of the page.

Kicking this week off is a big fix mod which I personally didn’t expect for a good while: Full Dialogue Interface. Many players have expressed outrage at the new Dialogue Wheel system used to streamline conversations due to the fact it breaks most conversations into simple answers without showing what your player will actually say. Yes, No, Sarcastic options obviously did not cut it with many players and rightly so, Full Dialogue Interface aims to fix this by showing what your character will say in response to the given subject. 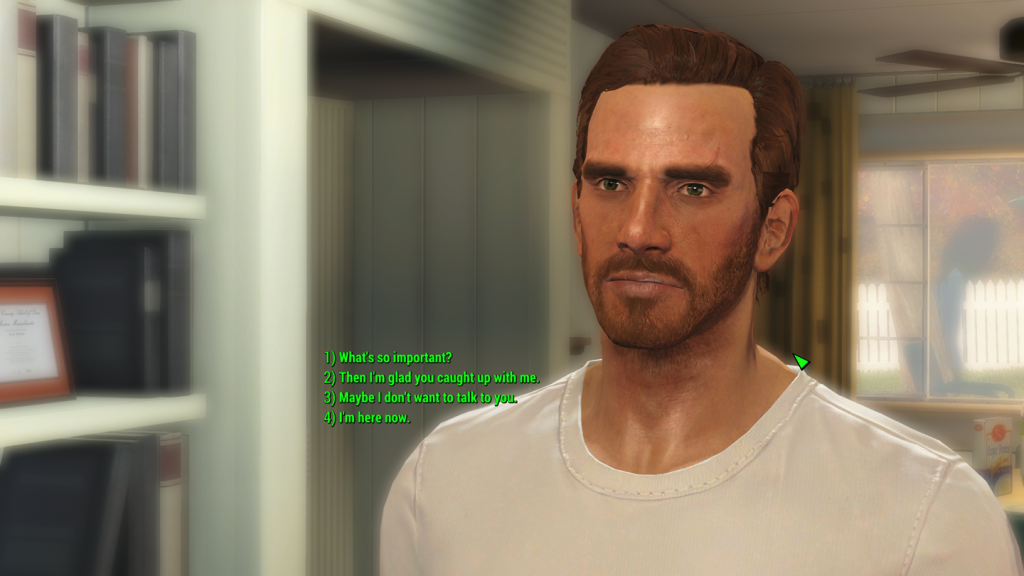 It is currently in Beta so is certainly a work in progress mod and has a couple of quirks such as longer answers going off the screen edges but these will be sorted in time. Coming in both a full and lite version it changes the interface a lot. The full version moves your dialogue choices into a list format which for me personally is a little ugly but perfectly functional, the lite version is created with controllers in mind but still works with mouse and keyboard so is the option I chose. 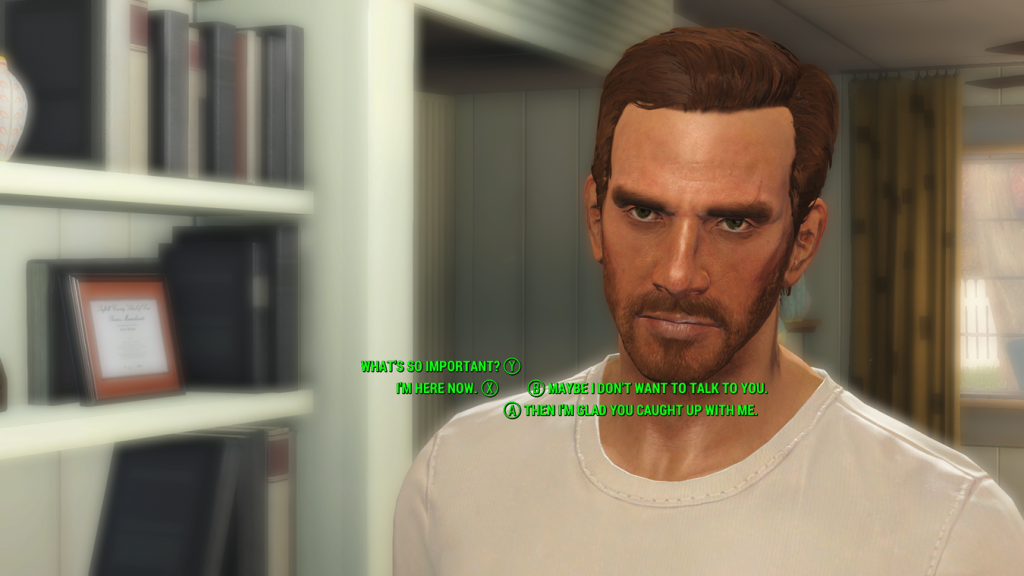 For many people this is the first true “must have” mod for Fallout 4 and I do agree to a degree as I personally didn’t find the vanilla system too offensive even though it is nowhere close to as refined as the Mass Effect system that it is based on.

Moving on to my second choice of the week we have Craftable Ammunitions. This mod requires little explanation but as you would expect it adds the capability to make ammo at any Chemical workbench. What does make it special as a mod is that unlike many mods it actually strives for balance rather than making you crazy OP and handing you the game on a plate, if you want a Mini Nuke then you need 1x Fertilizer, 1 Copper, 1 Lead, 1 Acid, 1 Steel, 1 Adhesive and 10 Nuclear Material. A small amount some may say considering how much junk you collect in the wasteland but alongside the materials it also requires you to have Rank 3 Demolitions Expert, Rank 3 Science! and Rank 1 Nuclear Physicist perks. Overall I personally believe this to be a very balanced mod allowing players who are not interesting in building to have some use for their collected junk. There is also an optional download which allows builders to break down spare ammo into building materials. 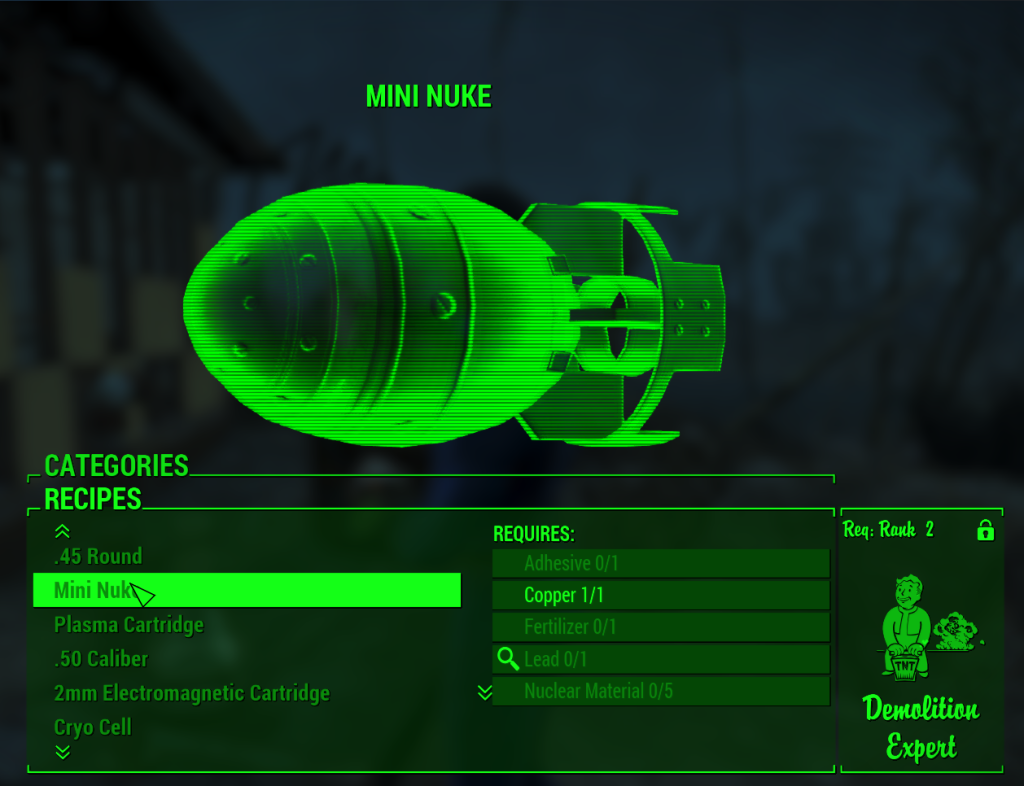 Our third mod for this week it once again a useful one which simply makes sense. More Armor Slots, this mod allows you to wear the modular armour over more than the standard couple of underclothing items. Having the option to have decent protection while wearing a summer dress or snappy suit is nice for roleplay but as expected at this early stage is buggy and there is a fair bit of clipping due to the item meshes being unable to be adjusted to fit for the time being. 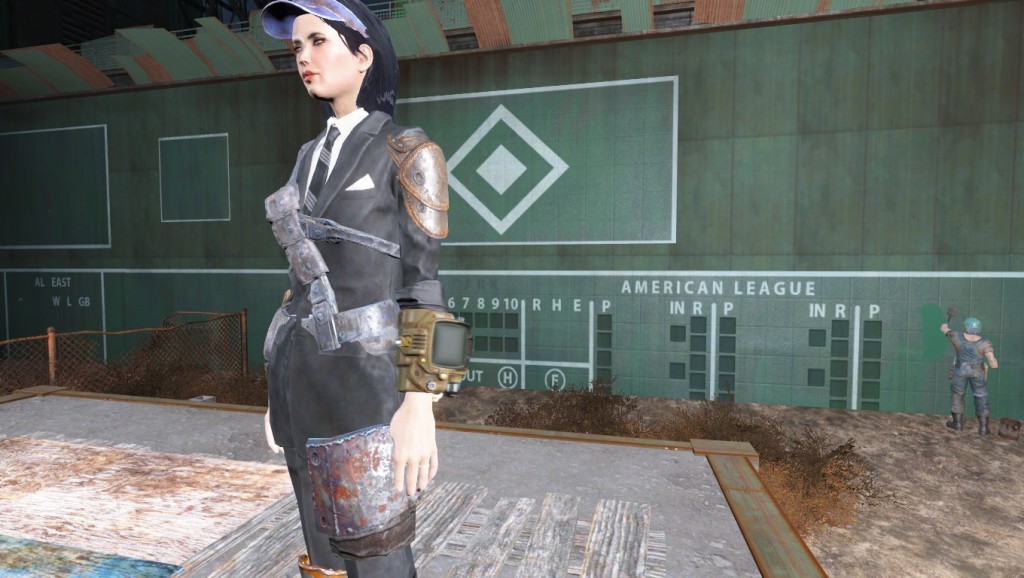 My fourth and final pick for this weeks serious mods is for the more daring among you. Hardcore Radiation Storms changes the awesome looking radiation storms to make them a real force to be reckoned with. The radiation damage taken from strikes has been adjusted from the base 5 to 50 rads per second meaning without protection the rads can quickly overwhelm you. The radiation of the Glowing Sea has also been adjusted up to 60 rads per second. These small changes can make a big difference when fighting for your life against a Deathclaw in a Radstorm and will add an extra layer of danger which many purists will appreciate.

Onto the section where I will be covering the silly, pointless and crazy mods that people decide to make.

First is “English Strings for Fallout 4” this mod will for most be entirely pointless but for the Grammar Nazis out there it will be an absolute blessing removing the voice in the back of their mind. All this mod does is remove Americanisms from the subtitles and UI and replaces them with the English (British English/Correct English) equivalents. This is also very much a WIP but the author has promised to continue to change the strings in the base game and all upcoming updates/DLC. 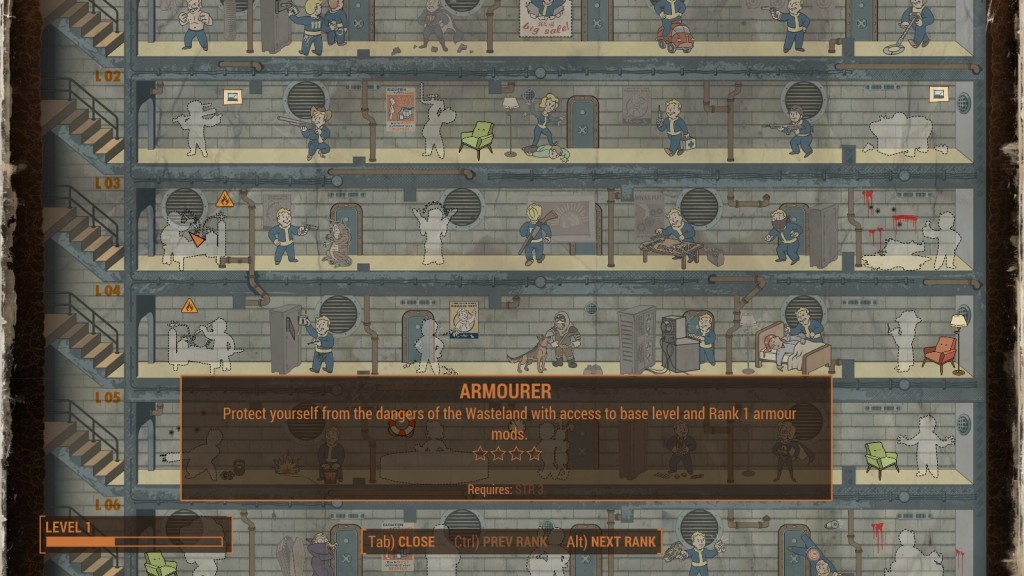 Last but not least, have you ever looked at your Pip-boy while exploring the Wasteland and thought “Well this is a little dull isn’t it?” No? Me either, but for those who have then it is time to Shake it Off, grab yourself the “Taylor Swift Pip-boy background mod” and use it in conjunction with the “Pink Pip-Boy”  to give yourself this Clare’s Accessories version of the Pip-boy. You know that you will never be able to be stealthy again with that hanging off your arm but you also won’t see your death coming as you stare into your screen at the beautiful face of Miss Swift. Be quick and download it before she sues though! 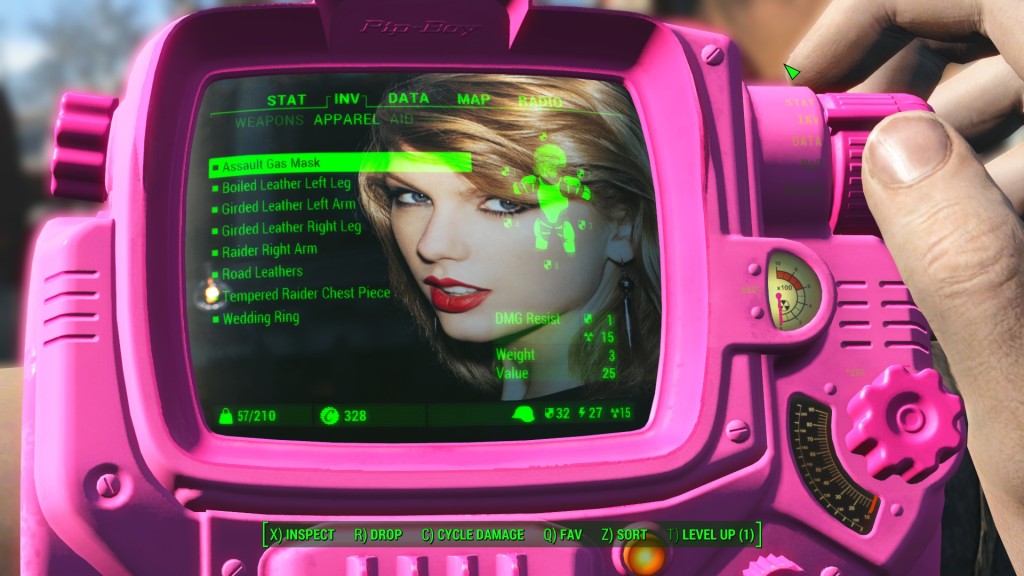 Thanks for reading my first spotlight and I hope you enjoy the mods I have picked out. If you have any suggestions of your own then comment below and I will check them out & maybe feature them in a future issue.

English Strings for Fallout 4 by Seraphiel

The Pink Pip-boy by The Monk