It seems like forever since we last stepped into Artyom’s soggy boots and explored the Metro system underneath the ruins of Moscow. Following on from the events of Metro: Last Light we are given another glimpse into the Russian way of life following Nuclear fallout, Is this the journey of a lifetime or a pointless Exodus?.

Metro Exodus happens 2 years after the previous title Metro: Last Light, Artyom has taken to frequently visiting the land formally known as Moscow in search of any proof that other people have survived the Nuclear war. Without going into detail, Artyom gets his wish and after certain events transpire he and his crew of Spartan soldiers take a train across the country to see what’s left and what exactly went on.

As with the previous titles, Metro Exodus does wonders with it’s writing, the series is known for its thrilling and enticing writing and this certain hasn’t slacked any here. The cast are all believable and it doesn’t take long before you fall in love with all the main characters, especially Artyom’s wife Anna.

For the most part the game is incredibly consistant with the previous titles in terms of quality and it didn’t feel too forced that they pushed this title outside of the dark tunnels the last two games called home. I did feel that the event that causes you to leave Moscow was a little too much for the series and came off as goofy and over the top sci-fi but it was easy enough to let that slide further down the track.

The characters you’ll meet throughout the journey are all brilliantly written, each has a very distinct personality and part of the pull with the game is seeing what kind of locals you’ll experience in each area. The very first area you come to has a worldly trader and a cult that believes technology is the devil’s work and that’s just the tip of the iceburg!. 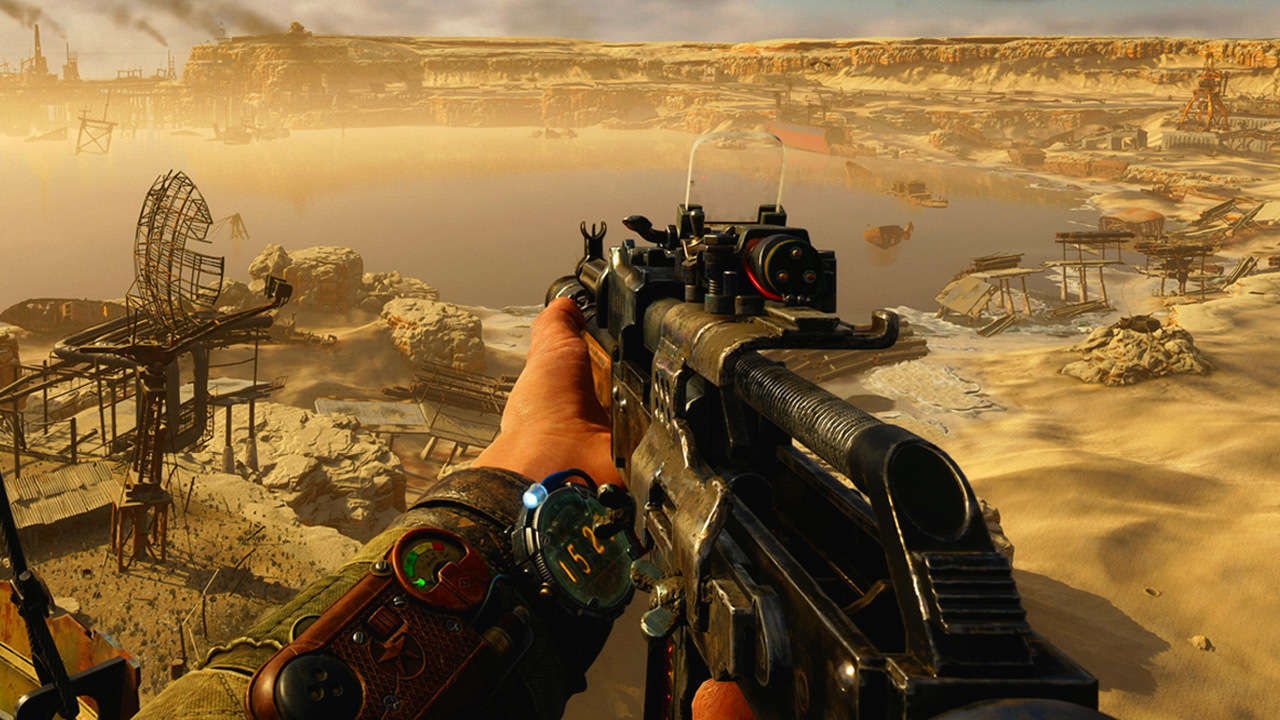 Graphically Metro: Exodus is top shelf stuff, it looks fantastic, eerie and beautiful, well as beautiful as you can get when stomping around nuclear ruins infested with mutated creatures and death lingering around every corner. Specks of dust will fly around as you explore caves, underground sections and ruined buldings, water runs realistically around the many lakes and sewer systems, weather flows freely from peaceful, to acid rain and even sight impairing blizzards.

Since Metro: Exodus takes place outside of the title’s Metro system, the team behind the game have been given a much larger sandbox to build it’s castles in. You’ll visit several open areas such as an Icy Tundra, desert and even a forest full of life.This isn’t to say the series has left behind it’s dark and claustrophobic corridors and tunnels, they are still here and have never looked more foreboding and dangerous. You can feel the love and effort into crafting each area as it shines through and does an amazing job of pulling you into the universe, filling you with tension and dread.

Another thing Metro handles both brilliantly and poorly is animation, for Artyom’s actions everything is painstakingly recreated, every hand movement, even down to wiping rain off your gas mask, it’s all there and really adds to the overall experience of the title. On the other hand some of the NPC characters & monsters can run into animation glitches, not reacting with the world right or just floating around. It’s par for the course with the series but with this amount of shine on the graphics and Artyom being extremely animated it does create a little complex.

The audio is a blessing and a curse when it comes to Metro: Exodus, when it works the directional audio really helps drag you into it’s world and creates a near unparalled sense of tension. On the other hand you have the hammy english voice acting which I would suggest switching over to its original russian as soon as you can and the fact the team tried to make it more realistic by having characters talk over each other, this often confuses dialogue and it can be cumbersome to pick out what you actually need to know!. 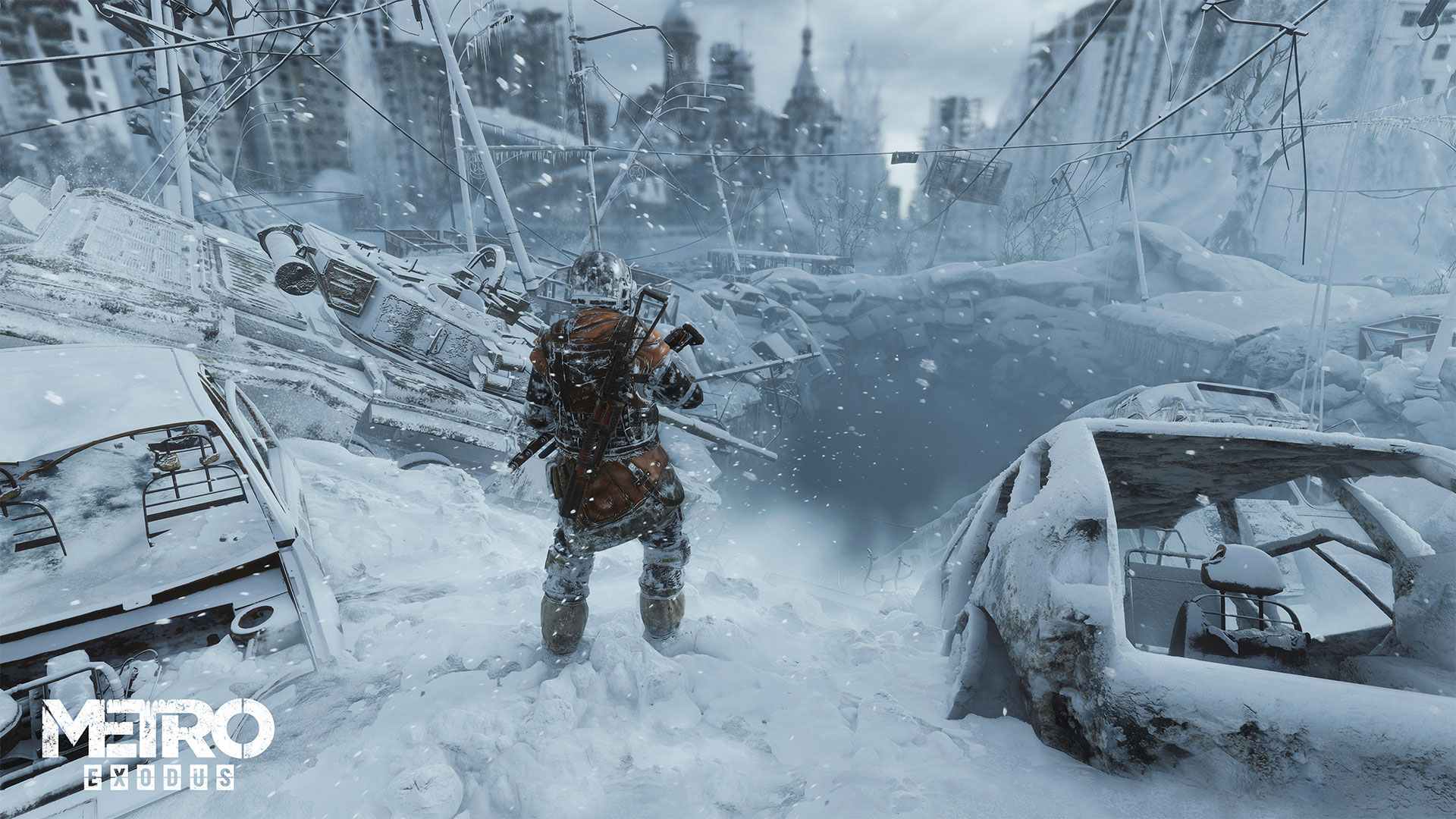 As mentioned briefly Metro: Exodus takes the tale out of the tunnels and into the open world, rather than it being a giant open world it’s several open areas with linear sections in the middle to break it up. Metro: Exodus in this open world sections does a fantastic job of cosplaying S.T.A.L.K.E.R, while it’s a fantastic change and suits the genre, the game at times feels like they didn’t quite think too much about the open worlds. Artyom moves painfully slow, in terms of walking and aiming, when out in the open this can be a pain, you’ll be swarmed by beasts you can’t keep up with, getting across the maps takes forever without the aid of vehicles and finally the game really focuses on crafting now rather than the bullet currency of the previous games.

What the above means is despite it being a Metro title, it actually strays a little too far at times and often feels closer to titles such as S.T.A.L.K.E.R, though you have sections which are very Metro, you’ll find yourself cleaning your guns because they will jam on you, modding them through parts found out in the wild & visiting areas on your mini map, akin to the many many open world games that have sprung up over the last decade.

This doesn’t mean that Metro: Exodus is a bad game or even a bad Metro game by any stretch, it just has a totally different tone and beat to that of the originals and that can be a hard shock to start with. It still has Stealth which is really well done and the combat feels really meaty and each shot genuinely feels weighty, couple that with the survival aspect and the lack of resources and you realize that this isn’t just another FPS in an open world, it feels more of a survival adventure where you’re less Duke Nukem and more Voiceless Grunt #2.

There are morality choices throughout the game but they don’t really affect much beyond conversation with characters through forced lines. While this might be a let down for some, the narrative has a much stronger tale than before to tell and it really does pay off towards the end of this adventure. 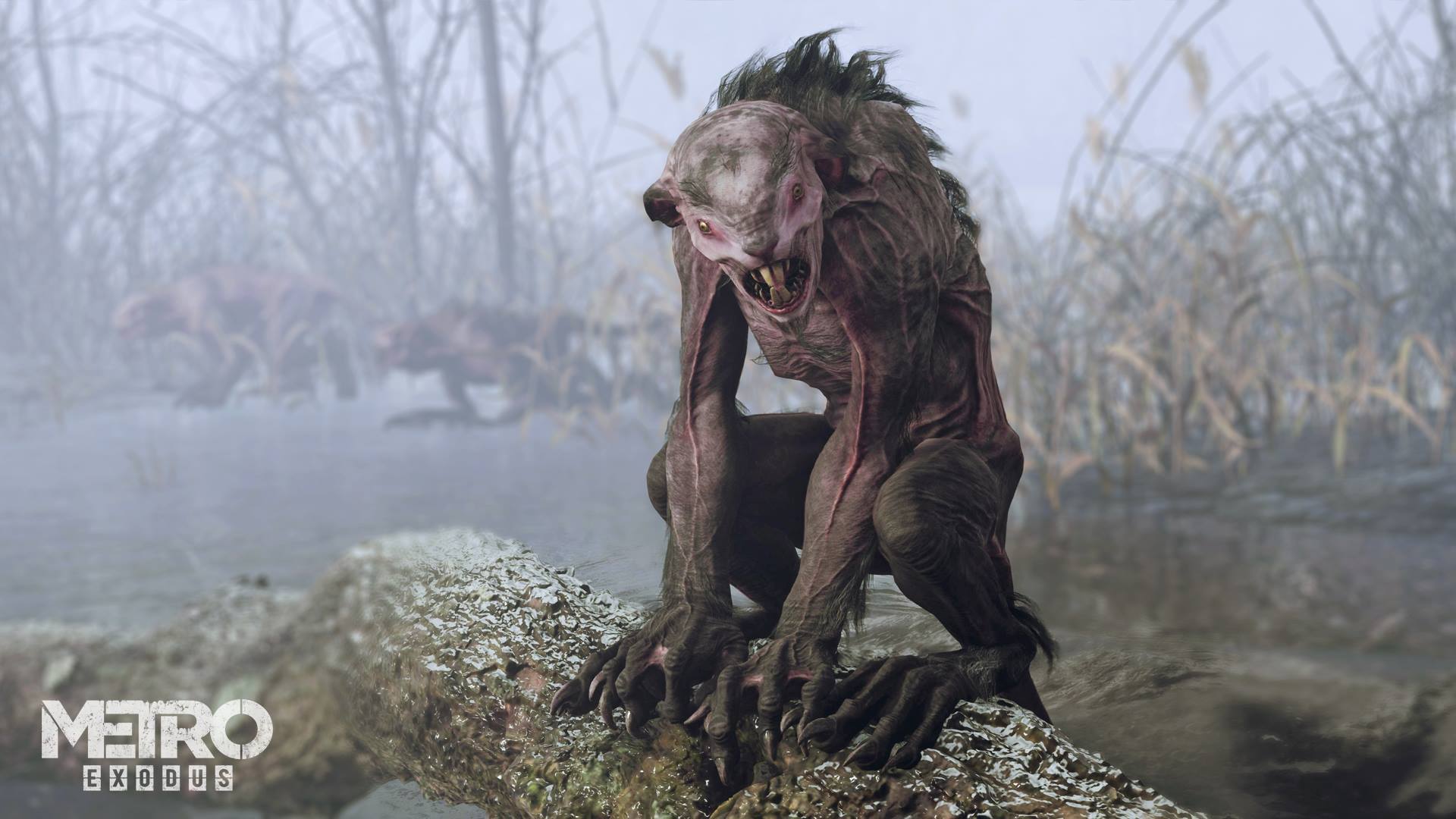 Metro: Exodus starts off with a very slow burn but before you know it you are engulfed in the flames of it’s engrossing narrative and every trick it has in it’s book to get you drawn into it’s world. The open worlds you’ll explore all have something new to offer you throughout and the linear sections feel like Metro 2033 all over again, despite some missteps littered throughout you’ll be hard pushed to find a game that wants you to experience it’s tale to it’s fullest as much as Metro: Exodus.