XSEED Games has announced a western release for Fate/Extella Link.

Following on from Fate/Extella: The Umbral Star, Fate/Extella Link will release for the PlayStation 4 & PSVita during Q1 2019 in North America & Europe. A Fleeting Glory limited edition will also be released for PlayStation 4 in North America which will feature a soundtrack CD, a pack of 10 collectible 3 cards, a large cloth poster,  a acrylic diorama sporting the Servants Nero, Drake, and Scathach and a custom box to house all the items. 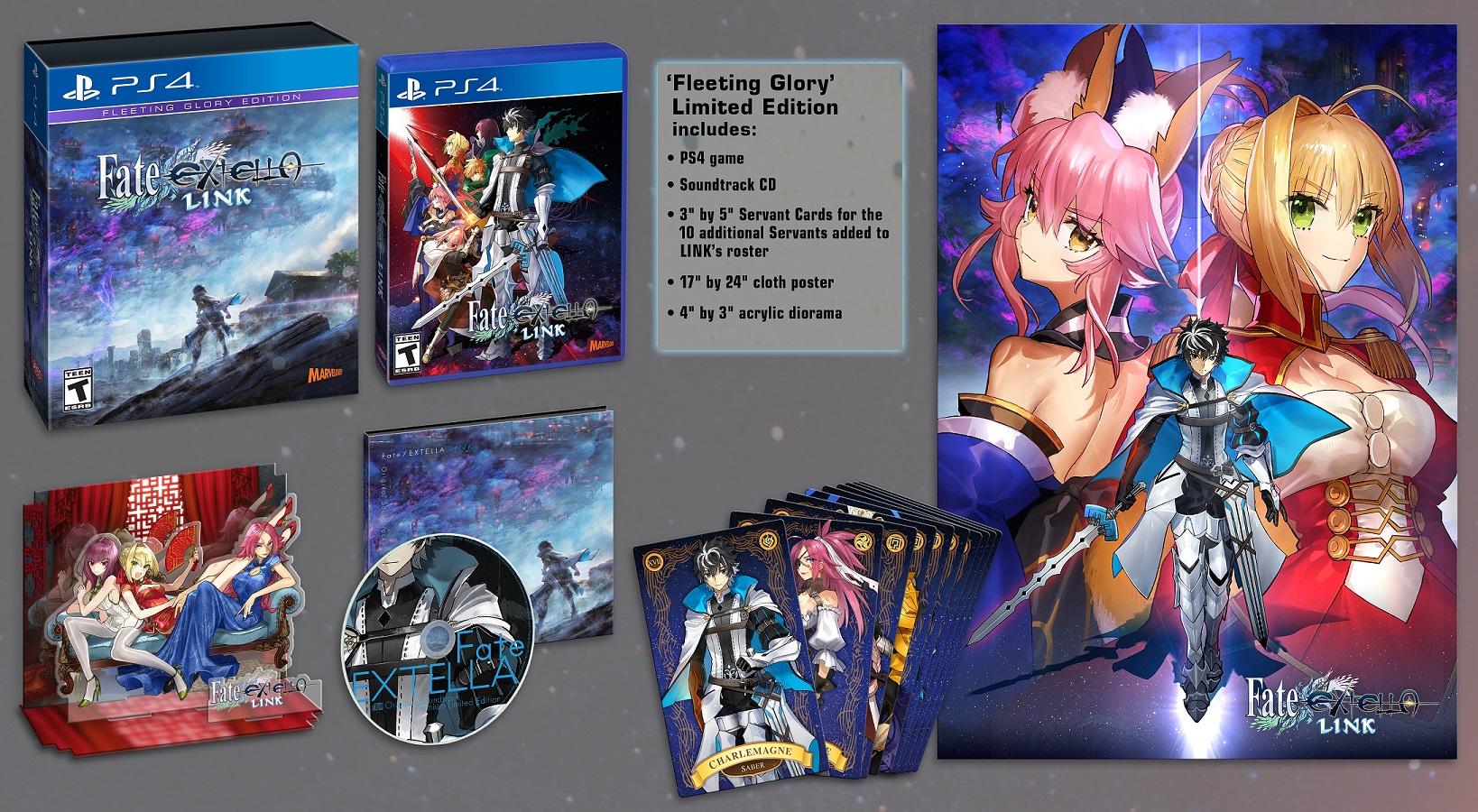 You can read an overview of the game from XSEED below:

Picking up right where the 2017 smash hit Fate/Extella: The Umbral Star left off, Fate/Extella Link adds 10 Servants to the original roster of 16. The high-speed action gameplay has been refined, and players will battle their way through massive invading armies to protect the virtual world of SE.RA.PH from an invading force. Players on PlayStation 4 can now engage in massive four-on-four online battles with up to seven other players. Foes will quiver at the True Name of players’ Noble Phantasms as they assume the role of their favorite Servant.