Over the weekend at the Yakuza 6 Art event, Sega dropped the megaton that Yakuza Kiwami 2 would be localized for sale in the US & Europe, not only this but that they already had a firm release date and we wouldn’t be waiting anywhere near as long for the title as we have previous ones.

Yakuza Kiwami 2 will release August 28th for the Playstation 4, the game will be released digitally, standard or like Kiwami with a Steelbook edition. 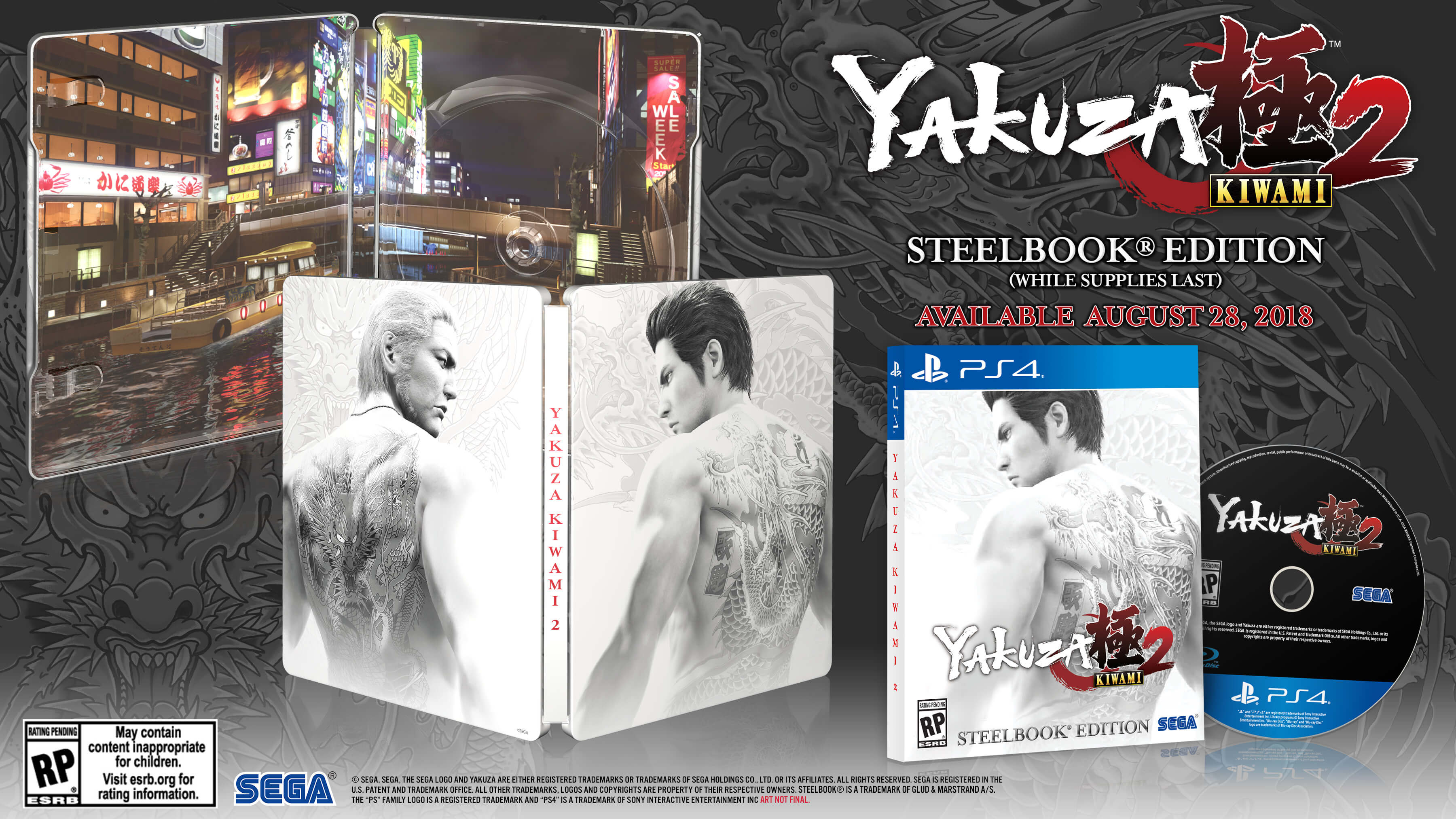 The game is running on the “Dragon Engine” which powered the brilliant but rough Yakuza 6. The game looks stunning and has several additions from the previous entries such as the Clan Creator and even a Majima focused story!.

Another nice surprise from the event was the unveiling of the Ryu Ga Gotoku Studio logo, it looks like the team are finally getting the recognition they so sorely deserve. Fingers & toes are all crossed here for an announcement for Hokuto Ga Gotoku, the Fist of the North Star based spin off title which recently released in Japan.