Originally released in 2013 on the Nintendo 3DS, Steamworld Dig was the 2nd entry in the Steamworld franchise and the first one to really grab gamers attention. In 2017 we saw the release of Steamworld Dig 2 on the Nintendo Switch and it met fantastic reviews, Image & Form have decided to let Switch owners dig deep and see where the magic started. Is it worth breaking through or is it just treading old ground? read on to find out.

Steamworld Dig stars our very western themed protaganist Rusty, making his way to Tumbleton to start work on his inherited Mine, left to his by his uncle. After a brief detour due to weak ground & via the remains of said uncle, Rusty makes it to town and makes it his personal mission to raid the mine and improve the town.

The story is very basic but fits the game like a glove, it hearkens back to earlier years where the plot was less of a driving force. The writing for the characters is just as charming as ever from Image Focus and you can’t help but fall in love with the denizens of lil’ ol’ Tumbleton.

Visually Steamworld Dig does look nice but it’s certainly starting to show it’s age when compared to the latest installment. The scenery and enemy designs are slightly uninspired and doesn’t really start to improve until the last section of the game. 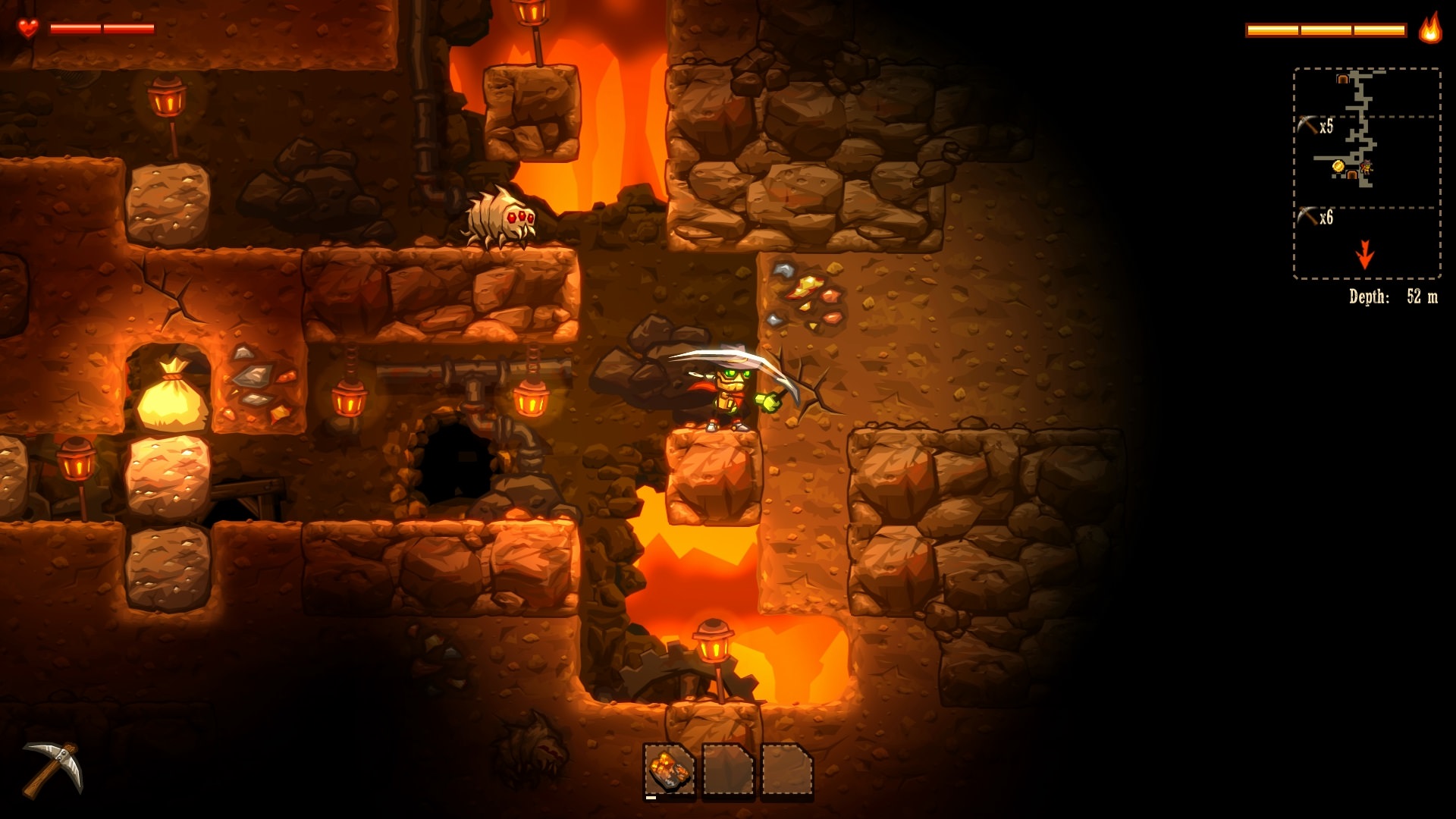 As stated earlier in the review it’s an earlier release in the series and from the 3DS, it does look great in handheld mode and despite being an obvious downgrade from 2, it’s still very attractive.

Steamworld Dig features no voice acting & for the most part a very minimal musical score. There isn’t a single stand alone track that springs to mind when I played the game but when in the main bulk of the mine it does a fantastic job of creating an isolated ambiance.

The main hook of Steamworld Dig is it’s freeform exploration gameplay, here it excels and keeps you glued to the very bottom of the mine and then some.

On paper Steamworld Dig may seem like quite the grind, the gameplay follows the flow of enter mine, dig down, find some gems, fill inventory, hit town, buy upgrade, dig further & win. It’s simple and it’s effective, there is always that clear objective, room to explore, incentive for doing so & if you put the game down you always know what to do. 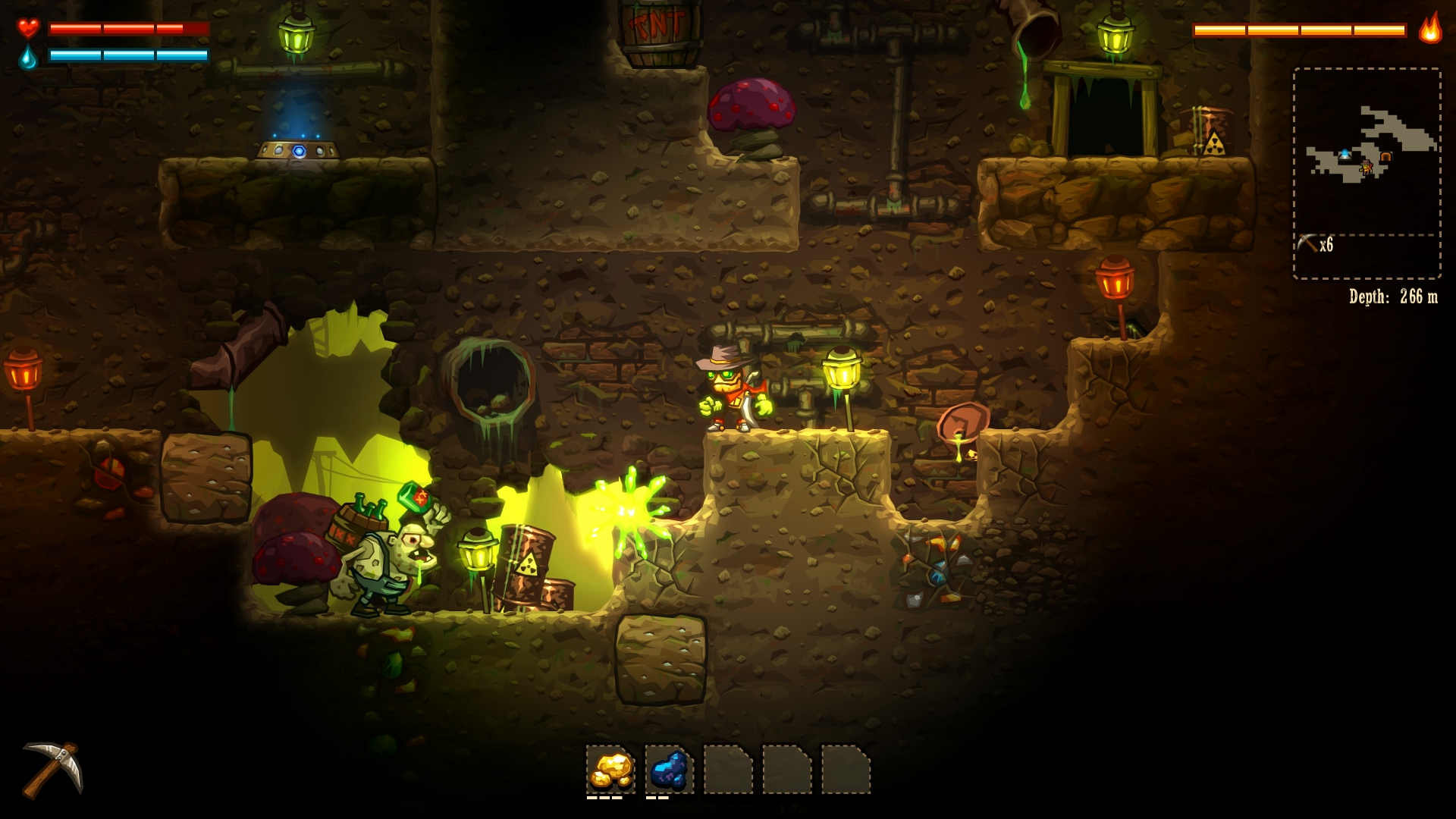 The combat is bare bones in Steamworld Dig but functional, the exploration is what is key, through your upgrades and how you have dug down you’ll find enough platforming and areas to explore and plunder through it’s relatively short story.

The main issue with the game is that the Mine is randomly generated for each New Game, this can lead to instances where you literally dig yourself into a hole you can’t get from. There are items you can buy to help this but it can be a flow breaker on what is for the most part a buttery smooth experience.

As mentioned previously Steamworld Dig isn’t a long title, it clocks in at around 5 to 6 hours for a full playthrough. Despite the short playtime it does offer a new experience each time you start a new save & the game is that tight and fun you should at least double this, especially as an on-the-go title for the Switch. 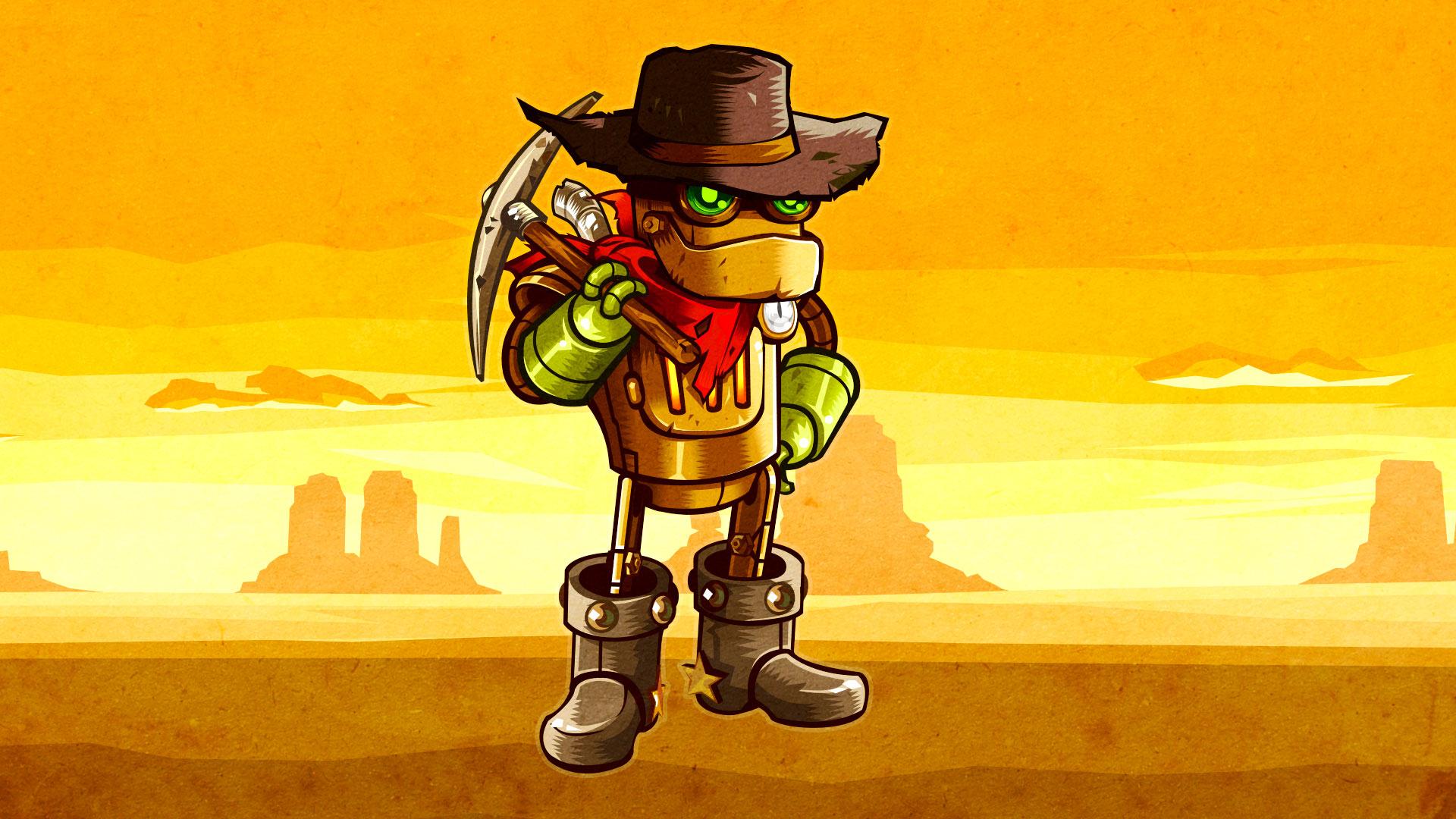 It was an inspired move by Image & Form to bring Steamworld Dig to the Nintendo Switch following the success of the sequel. The game offers a tight & unique experience, one that differs enough from Steamworld Dig 2 to suggest checking this original title out. It’s not the longest and it’s variety isn’t as expansive as it’s follow up but it ooozes heart and can you really say no to Rusty?