Today is a great day for Monster Hunter fans who have been patiently waiting for the latest hunter title to drop, as they were recently treated to a beta version to give them just a little taste of what to expect with the franchises return to home console. Monster Hunter World will be making its return from hand held to home systems early 2018, nearly 6 years after the Wii U version of Monster Hunter Tri that originally saw a 2009 release on the Nintendo Wii – making it 9 years since we got a NEW home console version. So how exactly does if fair? Should it have stayed as a portable franchise, or are we expecting bigger and better things? Read on to find out more.

Lets start off by stating from my previous experience with hunter titles, that the beta is as expected a very, very small taste of what will be included in the main game. However we did get a taste for what will be the bulk of Worlds gameplay in the form of 3 hunts – and it shows great promise.

So right away I jumped into single player and was greeted by a basic character creation and loadout screen. While this does not mean too much as this will change in the main game, one thing did instantly stand out in the form of the visuals. The detail in the faces and designs make previous versions look like mannequins in comparison and signaled the start of the awe to come. 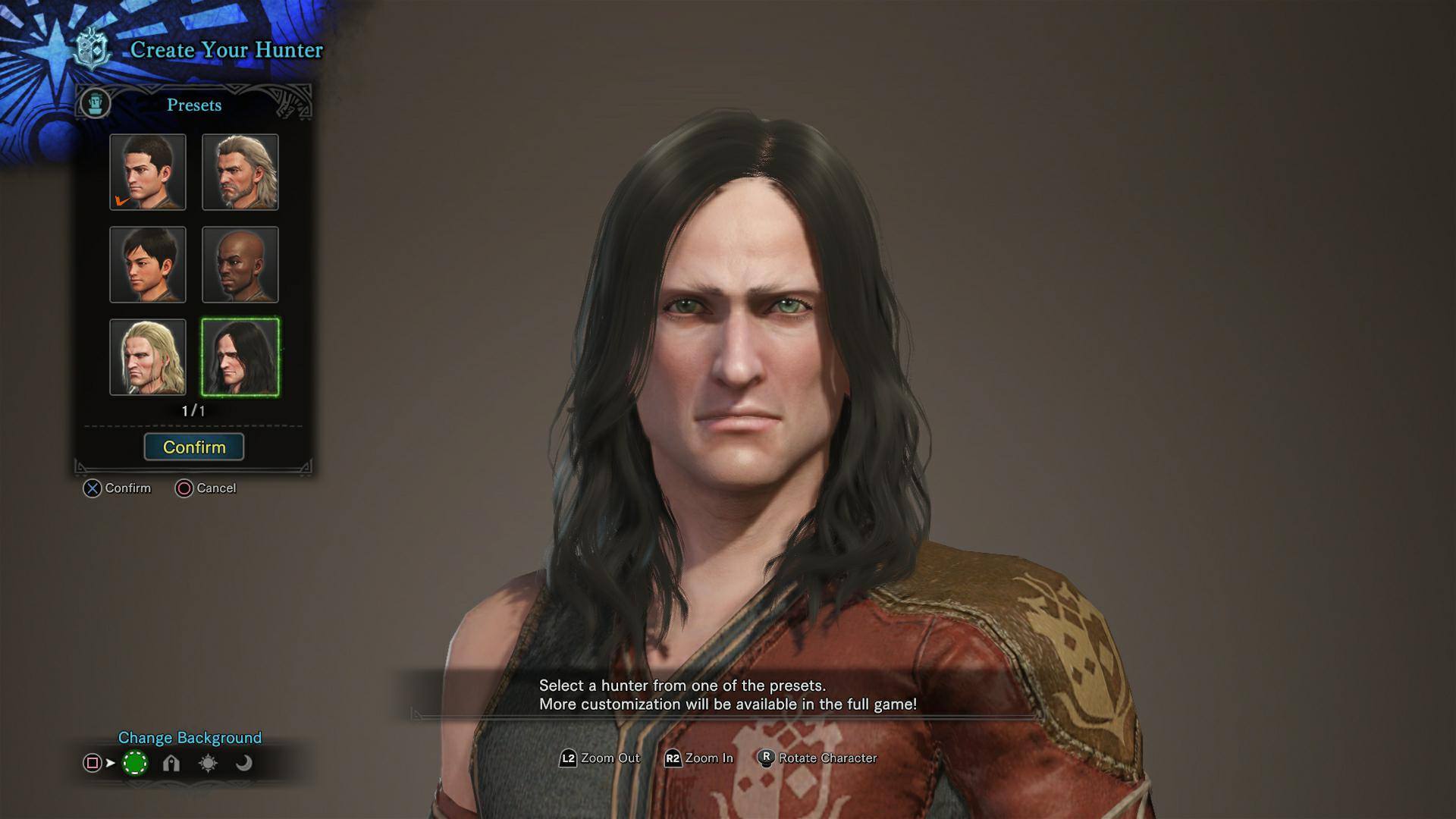 Fast forward half an hour of me playing around with the 16 available weapon types and armor sets and I enter my first hunt, instantly forgetting the fact the nice guide lady told me I was being timed and went running off to explore the lush, vibrant and most notably OPEN map. That is until I failed my mission and had to start over (Ooops!), but my word does the game benefit from the being on PS4 instead of a hand held in this regard. Visually you will notice immediately it blows away any of the previous entries, hands down with no questions asked and no prisoners taken.

Lets talk about the loadout selection for a second now and the available weapon types. Over time Monster Hunter has introduced more and more ways for us to take down the creatures inhabiting its world, and this time is no exception. All of the weapon sets have pros and cons to them in the form of damage, attack speed and range, with no right or wrong choice – it becomes a case of personal preference taking priority. Originally I was unsure what to go with, a heavy hitting hammer or a more defensive set up with shield or even a hybrid of both, but that alone is far from all the choices available. We also see the return of options for ranged and support roles, allowing for veterans to return to their previous preferred style or newcomers try out a number of others. This is ideal for the games online functions, allowing you to party up in a way to cover each others shortcomings as well as playing off each set ups strengths. 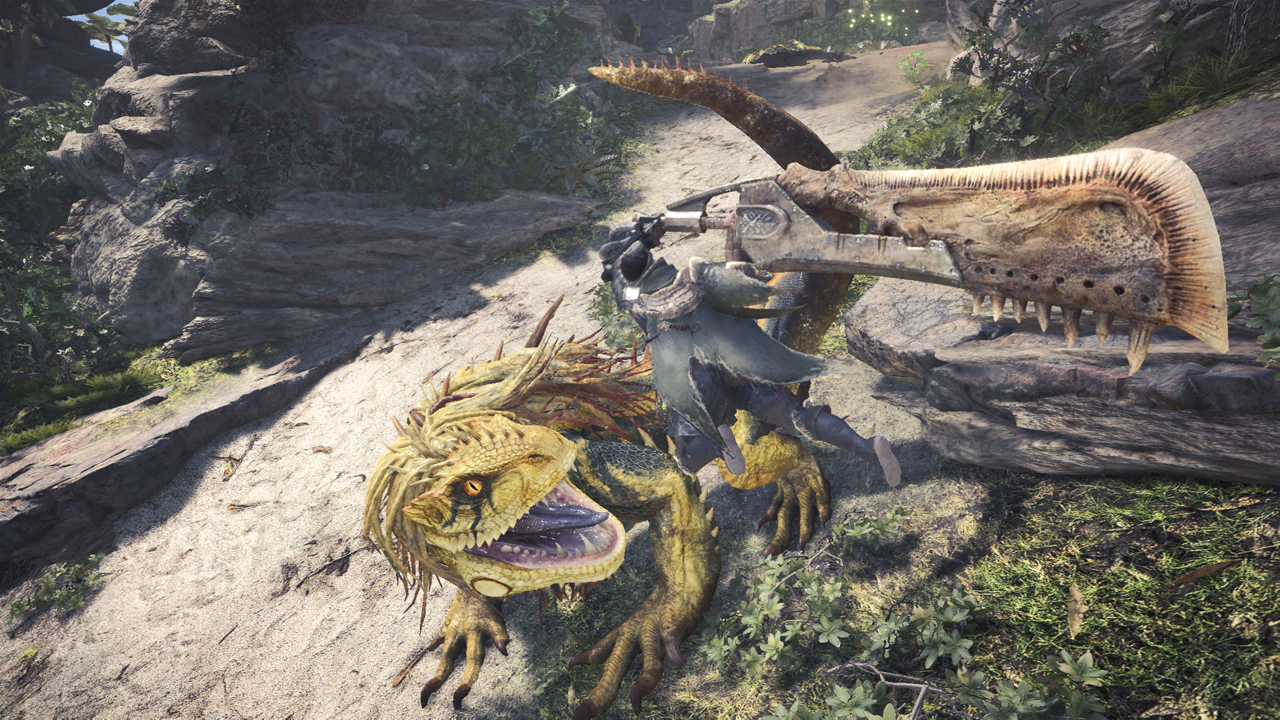 For the more up front attackers we have The sword and shield, twin blades, long swords, great swords, hammer, hunting horn, switch axe, charge blade, lance, gun-lance and the insect glaive. While there are vastly more melee weapons than ranged, each of these still offer different fighting styles and overall fire power. For instance the sword and shield offers great overall balance but can be easily outperformed in power by many others, while the hammer and great sword will see slower attack rates but superior damage values. Rangers do have a more limited set in the bow gun, heavy bow-gun and bow, they do in fact boast the most versatility with the many ammo types available to them as well as the range of the weapons. These allow them to stay out of harms way from extra damage alongside status effects and more, the limited power these weapons offer should not make them easily dismissed.

The very next thing you will notice is the joy of not seeing the loading screen as you exit camp or every 60 seconds there after. As a matter of fact the maps are open, large and full of secrets, and of course life! It’s everywhere from the land to the sky or even the lakes and caves. Gone are the days of entering a zone and seeing 3 or 4 Popo and practically nothing else. Everything is covered in flora and fauna with the land made up of multiple levels and rivers cutting through canyons, or even caves cut into the side of rocky outcrops.

The visuals and world alone are not the end of the improvements either. I soon came across tracking, something I have long insisted is missing from the series. I mean, you play a monster hunter right and your telling me the best way to find these things is wonder around zones and hope you bump into it? No, not this time. There are tracks and markings to follow that help you find the elusive and dangerous beasts. It’s not a major thing in terms of gameplay as after all we managed without it before, but it does increase the immersion and overall experience tenfold.

Talking of the Monsters that you will be hunting down brings me onto my next point. Combat I found to be much more agreeable than in previous titles in terms of both attack and defense, with an overall better flow and notably (at least from the hunts I did) less brutal combat experience making it ideal for new comers. With that said I also have to say that for the most part combat stays very true to the series core, something that should make returning fans happy. All of the key elements of the series remain in the form of traps, your item pallet, weapon sharpness, planning your assault and much more still playing the same role as previous. Despite this being careless can still cost you the win as each new foe will offer a unique experience that will not be felled in the same way as the last. I do wish to note the beta only offers a limited set up and  amount of game play so the difficulty may pose a larger issue in the retail release, however combat should remain more enjoyable and responsive.

Overall the gameplay, even from the small amount we got to experience in the beta, felt vastly superior than any of the previous entries thanks to so many aspects. From the visuals to the combat and open maps, it melds together so well and flows seamlessly as we used the tracking system to find our prey while being drawn into the world. There were so many things I wanted to do and explore. At one point a creature ran past me as I fought with my companion, riding atop it like a trained mule, before said creature assisted me in taking down our mark. MHW is fun and challenging while also been more balanced and exciting. As a previous player of the franchise that seemed to have drifted a little in recent years, I am personally more excited Monster Hunters return to the home platform than I had imagined. 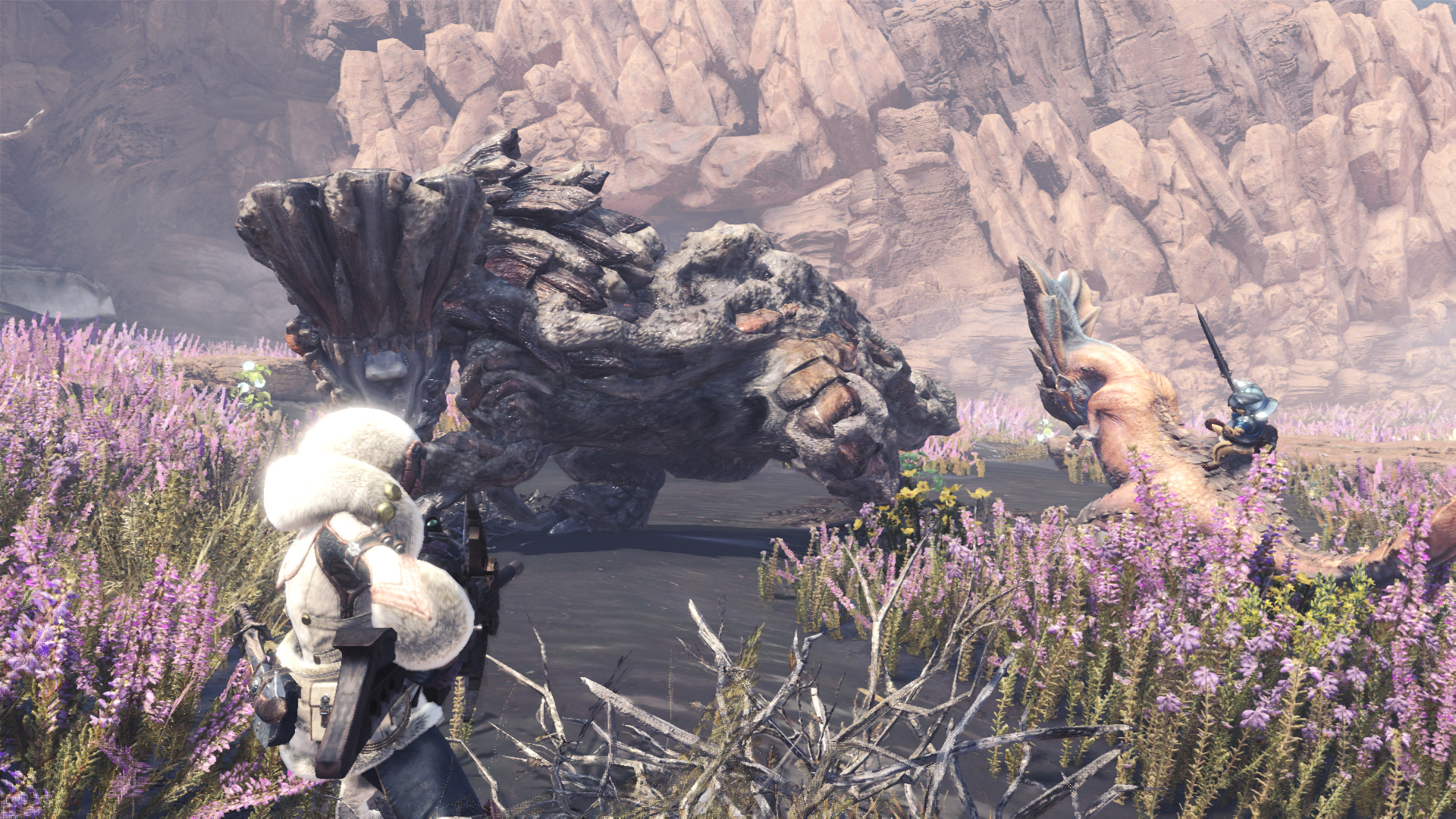 Chances are if you have gotten this far into the article you are either a fan of monster hunter/ other hunter titles or this new one has caught your eye. To the former I say you’re in for a treat and will be able to dive into it with no issue as it stays true to the core of what is monster hunter, all while enhancing your experience. The latter I say this is your best starting point. The enhanced visuals and improvements to combat, along with the multiplayer drop in, easily make this the ideal starting point.

Capcom has announced the Beta will be open to all PlayStation 4 users, including those without PS+, when a second phase of the beta is due to go live later this month. Full details can be found [Here]