RPG Tycoon is a simulation game that allows you to take control of a new kingdom set in an RPG world.  You will start off small but by sending your heroes out on quests you will increase your fan, bringing more settlers and soon you will be in control of a striving kingdom.

Tucked away in the Rezzed Area of EGX this year were a couple of PCs with a huge banner above them with the words “RPG Tycoon”.  As a huge fan of the old “Tycoon” titles I was instantly drawn to the booth and I was not disappointed.  Like Tycoon games of time gone by, you start small with only a few items that you can build.  With this being an RPG Tycoon, the core of the game is about your heroes.  As soon as you have built a home for your heroes you can then send them on quests to earn more fame and resources.  Using your new resources you can than expand your kingdom to the greatness it deserves. 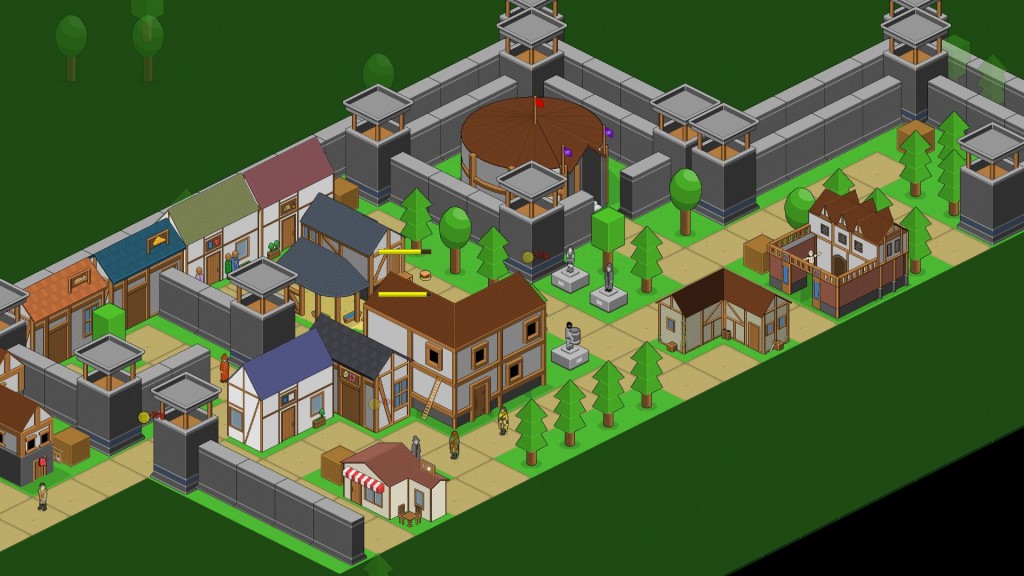 When you sent your heroes out on quests all events are determined by the outcome of the dice.  The quests I played had a level of 17 – meaning that I had to either equal or get a greater number when I faced a choice in the quest.  If you pass you get a nice reward but if you fail then you could lose your money or experience (plus many other bad things).  I thought this was a really cool that this old school RPG element has made its way into the game.

It is such a simple concept but one that will have you hooked for many hours.  Before I knew it I had been playing for a good half an hour and expanded by kingdom greatly.  In the graphics department it is not the most impressive I have ever seen but it works for what is required.  RPG Tycoon is set in an isometric world with very simple models.  When you think of the word simple you will instantly think that the models will be very poor in detail but is it the exact opposite; the models may be simple and the detail too is simple but it is enough to get across what the model is suppose to be. 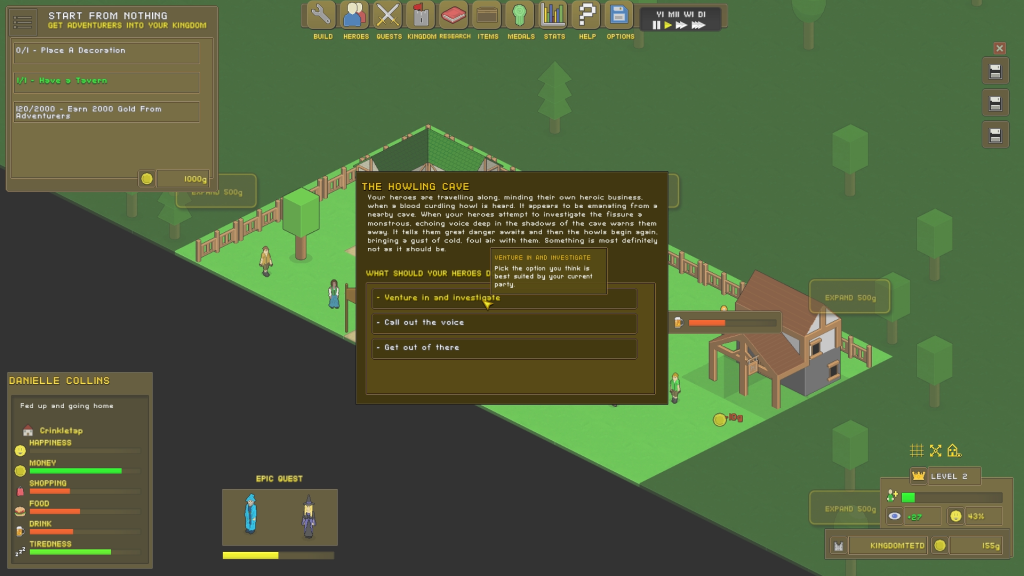 RPG Tycoon is current in Early Access and at the moment it is about 60% complete.  In the state it is in now it has the potential to be a great Tycoon style game.  For more details head over to the developer’s website & stay tuned to the Indie Revolution for any updates.