After years of silence from the boys in blue at SEGA they finally localized Yakuza 5, since then we also got the fantastic Yakuza Zero, confirmation of Yakuza 6 and this title here, Yakuza Kiwami. Kiwami is a remake of the original Yakuza to go along with this “Soft Reboot” of the franchise. Is it worth being pulled back in? read on to find out!.

As mentioned in the introduction Yakuza Kiwami is a remake of the original Yakuza which released on the Playstation 2 in 2006. The title follows on from Yakuza Zero flawlessly in terms of story and is pretty much unaltered from the original tale. This is all well and good but how well has it held up?

Well I’m more than happy to tell you that it’s held up brilliantly. The tale follows series protagonist and ultimate hard ass Kazama Kiryu through his first of what turned out to be many tales of deception, close brushes with the seedy belly of the underworld and of course MAJIMA!. 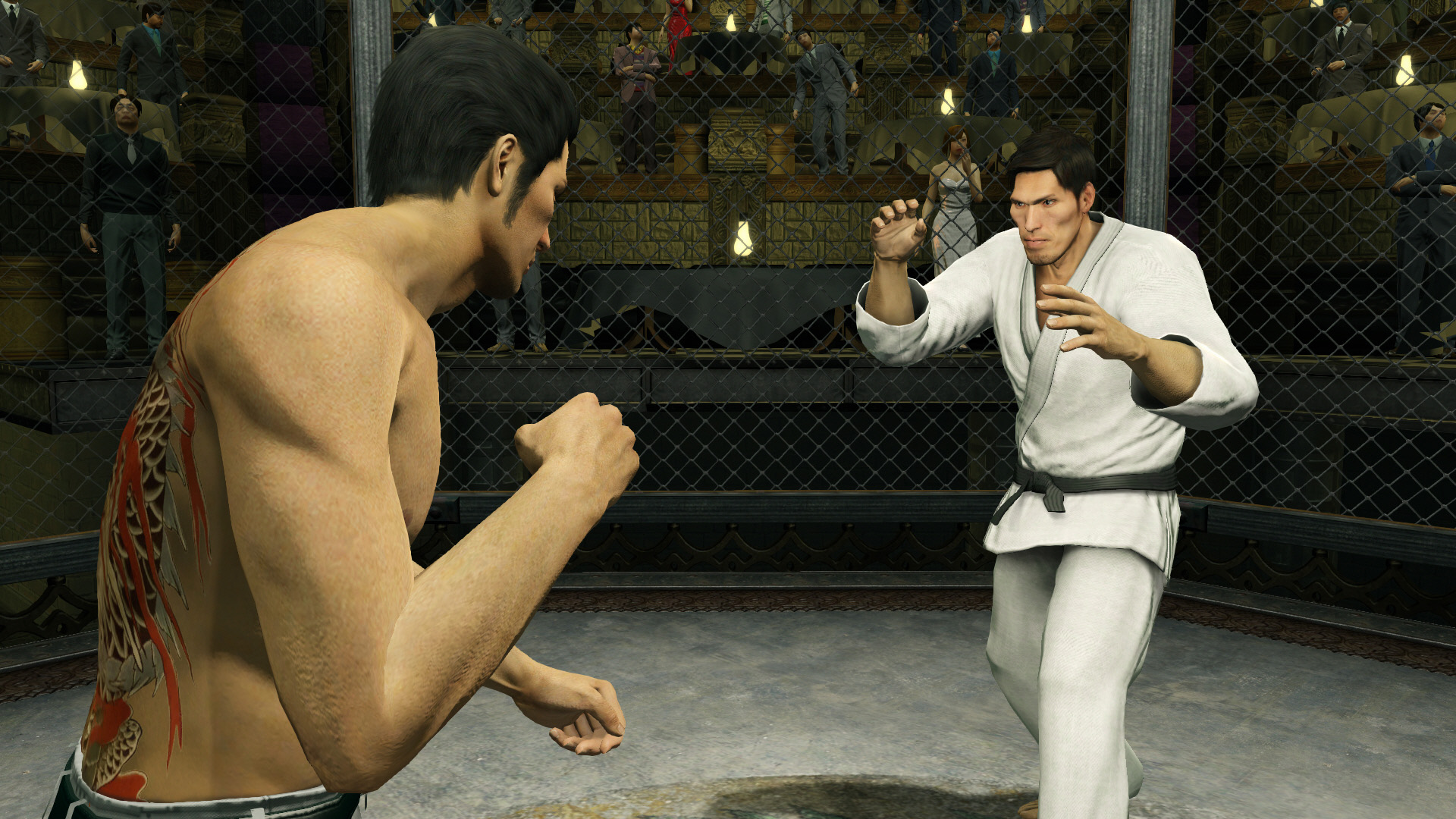 Yakuza Kiwami’s tale has been left untouched for better and worse. First off it’s still one of the best stories in the franchise and playing off the back of Zero really helps hammer certain aspects home. The pacing is a little off compared to later games and doesn’t run as long as the others either. It’s a strange predicament, it’s a remake where they have kept the story identical to what it was, it works on that level but with it being rereleased and “Improved” it gets shown up by it’s predecessor.

For Yakuza Kiwami the team at SEGA have also included the new Majima Everywhere feature, this addition is exactly what you’d think, Majima appearing any & everywhere!. To make this system worthwhile this ties into how you improve your fighting styles ala Yakuza Zero.

The Majima Everywhere system’s main hook though is just how Majima is everywhere, he can be hiding in the sewer, in plain view or even in disguise. It never failed to bring a smile to my face when he would turn up next!.

The only real issue with this lies in the fact it’s a remake & Majima Everywhere doesn’t fit as snug into the narrative as it should. Obviously the mode is included due to the recent rush of love for Majima but when Yakuza 1 originally dropped he wasn’t quite as “obsessed” with “Kiryu-Chan” as he is in this remake.

Eye of The Tiger

Visually Yakuza Kiwami is more or less on the same level as Yakuza 0, I did notice it looked impressive when it rained creating this really gritty scene in the middle of Kamurocho. Cutscenes are just as sharp as ever and sadly the series is still lacking on animation in game, mainly when conversations are taking place in the sub stories.

On the audio side of things it’s once again business as usual, full Japanese audio with English Subtitles and topped off with a soundtrack which knows when to swing into full gear to get an emotional response from the player. It’s a shame they didn’t include the original dub if not just for Majima being voiced by Mark Hamil but the game’s narrative does get more impact in it’s native tongue.

Yakuza Kiwami is identical to it’s predecessors in gameplay, following the same free roam, 3D Beat ’em up, slice of life Yakuza Simulator. The main narrative is one of the shortest in the series and can easily be polished up in just over 10 hours. Yakuza Kiwami also features quite the selection of substories which add around double the time just for the basic stories, it also includes the ability to track them on the map again like in Yakzua 5/Dead Souls.

Speak to anyone about Yakuza & no doubt they will mention the amount of side stuff the games contain, Bowling, Fishing, Karaoke, Pocket Circuit Racing, Mahjong, Hostess bars and even the arcade games in Club Sega. Yakuza Kiwami is brimming with side stuff for you to throw hours at if you’re a little fatigued from punching Yakuza and dispensing hard street justice.

Yakuza Kiwami is a fantastic follow up from Yakuza Zero if not a little too similar. I know there is the saying “Never get enough of a good thing” but in this case I think it may be a little too similar for some, especially in that it feels at points like it’s stripped back from Yakuza Zero. It still stands up well on it’s own and the main story arc is fantastic if not poorly paced compared to later titles, it’s full to burst with content and for the bargain price it released at you could certainly do worse!.