Note: this is a spoiler free review and only discusses features found within the first chapter of the game.

So here we are again readers, Monokuma is back with another killing game with 16 Ultimate students trapped in a derelict school. Monokuma is the headmaster again but this time he has the assistance of his children, the Monokubs. A group of misfit “bears” with personality disorders that are very difficult to predict.

Danganronpa_V3 is the third main entry in the visual novel series that sees high school students being forced into a killing game in order to survive. The only thing that connects them is that they are all ultimate in their talent tree. Do the new wave of Ultimates have what it takes to survive?  Jump into the third entry of the highly popular visual novel series to discover more. 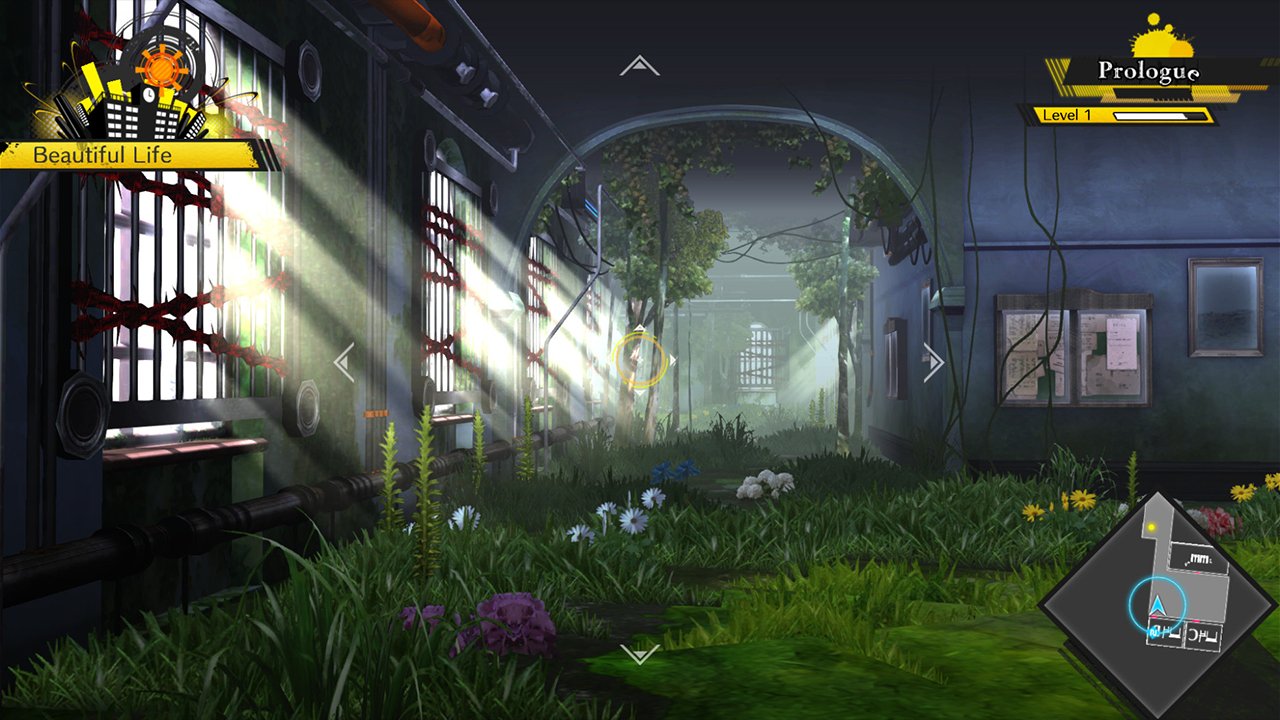 With every mystery novel through time, the main motives are not given away to the reader at the start.  It forces you to speculate and throw your own conclusions out before the truth is revealed.  In the past entries in the series I felt that this was achieved but not perfectly.  The outcome to the trials were simple and the motives became clear too quickly.  In Danganronpa V3 the formula has been perfected.  There is a lot of confusion at first between the new antagonists (Monokubs) which soons clears up the second time around but what makes the mystery deeper is that you, the player, saw the original mess up whereas the students completely forgot about it all.  It feels like the students have more wit to them this time around as they go after the “Mastermind” of this game rather than play along.  This get abruptly halted with the return of Monokuma dishing out some lovely motives to kill first. 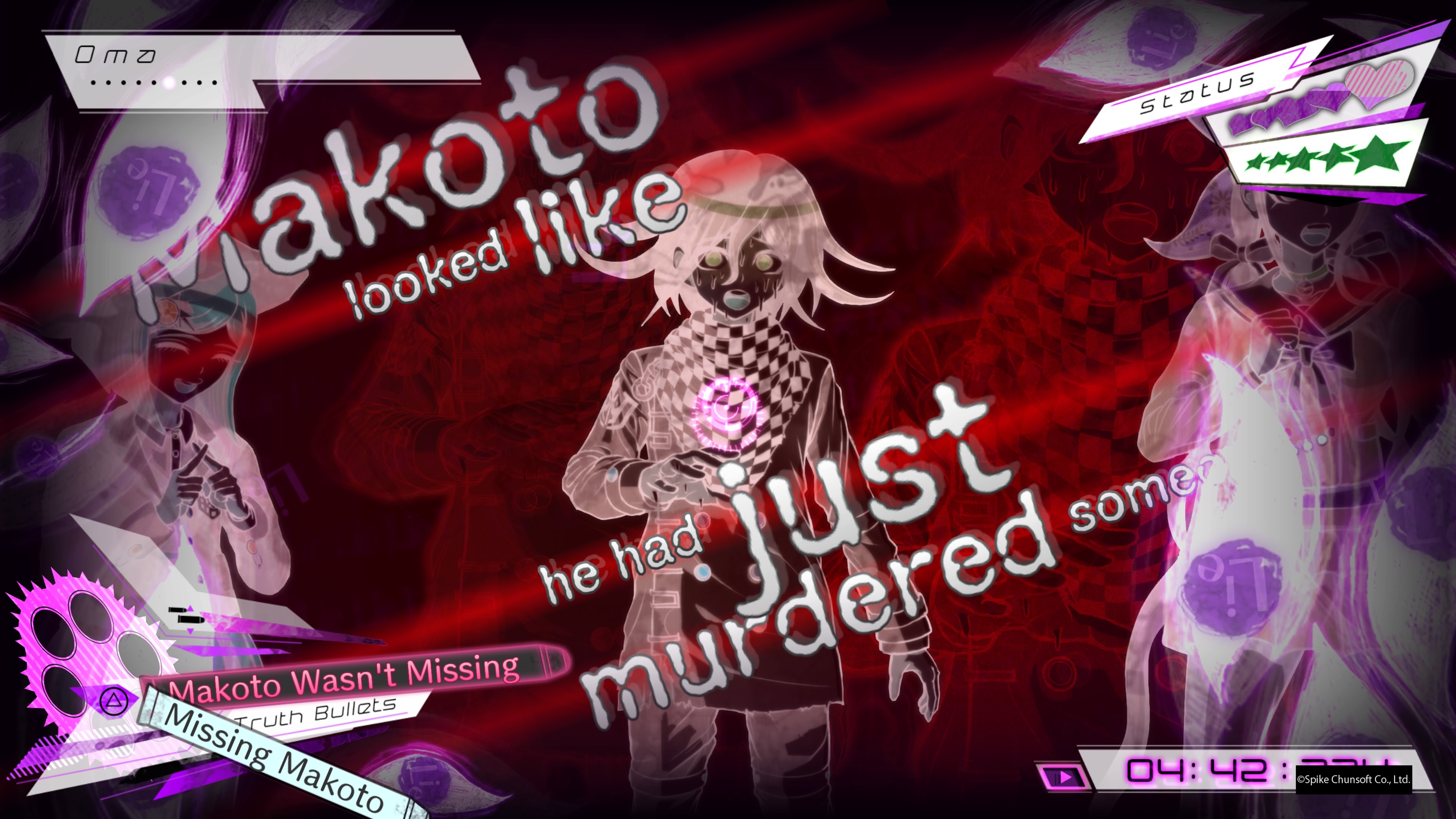 Just like before, Danganronpa V3 allows you to freely move around the school in between events.  During this time you will build relationships with your fallow Ultimates by spending time with them and through the giving of gifts.The more time you spend with them, the more points you gain which can be used towards skills used within the trials themselves.

Be warned, there is a lot of reading involved as it is a mystery novel at heart but I found it not to drag like the other titles, especially in the first few hours.

The real fun of the game begins when someone is killed. You get to put on your detective hat as you attempt solve the murder. You collect your evidence from around the school as you piece together everything that happened leading up to the murder.   There is no time limit to this but the game does trigger the trial once you have collected all the clues so there is no worry about missing anything.

With each iteration of game, Danganronpa has been added more and more to the trial to make it engaging and exciting. This time there are more stages that make up each trial which makes it feel frantic and does leave you somewhat confused. Leading up to the first trial I had an idea of who had committed the crime but I was very wrong. However, thanks to the trial I changed my mind multiple time with each being wrong.
Armed with you truth bullets (evidence) you enter non stop debates where you either have to find errors in statements or agree with your other class friends. This will make up the majority of the trial but you take part in other mini games such as hangman, button bashing debates and even a rhythm game.

It is crazy but addictive and does a great job of sucking you into the courtroom.

Even though it follows the same formula as previous titles, Danganronpa_V3 has some slight differences that make it feel fresher rather than a direct sequel including moments in the beginning where the game breaks the fourth wall to discuss sequels and mascots. One of the major change in the early part of the game are the motivational ‘perks’ such as the first kill is free (with no trial) and a time limit for the first murder to take place – miss this limit and everyone dies! I know the latter has shown up before in the past but the frustration that Monokuma gets from the students working together is real.  It changes the known pattern of the series bringing back the element of surprise. You feel the tension build between all the students as trust is broken very early in the game resulting in some very violent, negative conversations.

Danganronpa_V3 is being advertised as a new story in the universe, separate from the other titles in the series, allowing new players to enjoy without prior knowledge. However I must disagree as understanding what and who Monokuma is will add more to an already fantastic game and knowing about previous mechanics will allow you to appreciate the changes made in the third main entry. It has a cult following and with the HD release of the previous Vita entries, it shows how much Team Danganronpa want to introduce the “wisdom” of Monokuma to a new audience. 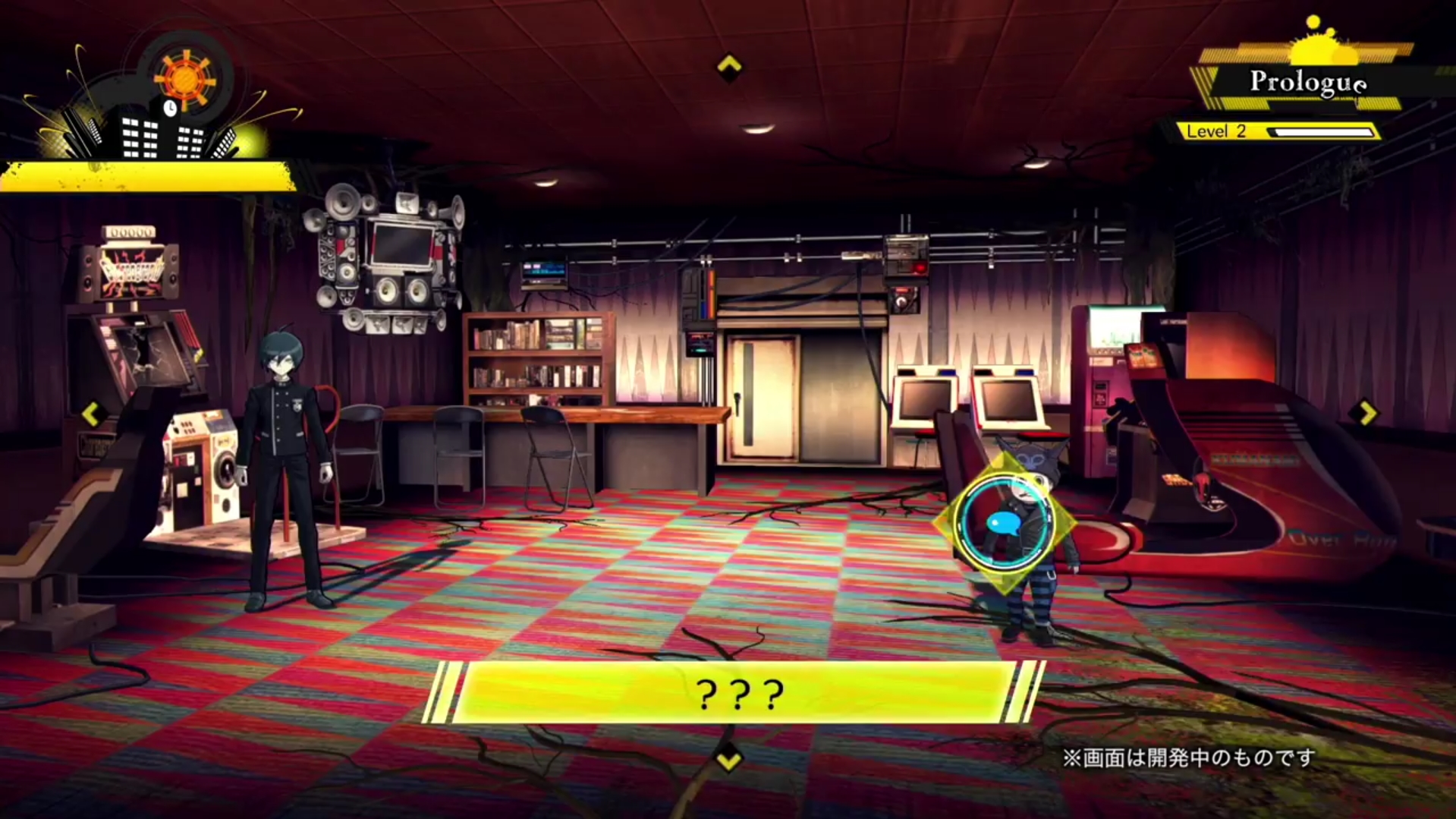 Danganronpa_V3 is an excellent entry into the series and a good example of a series not going stale in its age. There is enough in it from the past with a nice sprinkle of new features to keep it fresh. With a constant twisting story it will keep you entertained from beginning to end.

The dark, twisted game fans have come to love is back and this time covered in a nice HD shine. Monokuma waits for you in court.